Plot: In 1949, a group of L.A. police officers seek to take down the mob boss Mickey Cohen.

SUMMARY OF THOUGHTS: Gangster Squad is an occasionally fun film that features some exciting action moments, an all-star cast, and terrific sets and costumes. However, the film’s poor script and over-stylized direction let down the great potential the movie had.

Gangster Squad is the perfect example of style over substance. It’s a fun and entertaining movie in the moment, but nothing you will remember in the near future. Some great action, and a style that defines cool, but it is sometimes poorly paced and has underwhelming characters/performances (including Gosling and Stone).

An ok film. Nothing new from this film. The acting was ok, the directing was ok. Overall, it failed to impress me. But I will say that the chemistry between costars Ryan Gosling and Emma Stone prove again to be a useful tool to enhance a film. The acting choices of Sean Penn in this film absolutely disgusted me as a viewer. He overacted and as a result almost pulled the film down. I loved the costumes and production design on this film. Emma Stone’s costumes were stunning! I would recommend the film to anyone who loves campy films. 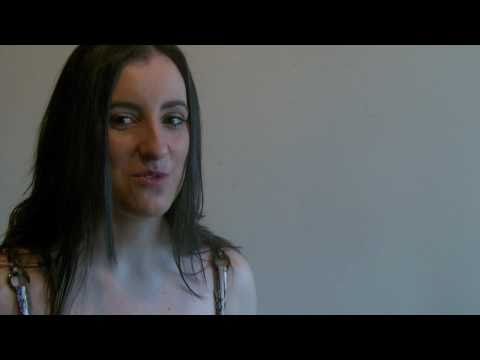 I loved how the film looked, as it had a wonderful glow to it. The acting was good, but nothing groundbreaking.

Despite the glossy cover this film pushes forward it’s surprising just how empty the final product is. Though never boring, the film never reaches a high potential it’s worthy of. A perfect example of style over substance.

What a terrible waste of talent. Considering all he had to work with this may be the worst Directed movie I’ve ever seen. Bad looking, badly paced, badly edited. What so sad is how great it could have been.

This isn’t quite the movie I wanted. It has some funny moments and the dramatic scenes are decent, but the action for the most part isn’t very good. It relies heavily on slow motion and isn’t very remarkable. The final fight is hand-to-hand combat, and I really enjoyed that particular fight. The acting is good for the most part, though Ryan Gosling didn’t completely fit into his role. His voice didn’t work at all. An entertaining movie, but not all that memorable.

Here you have a movie that is all sets and costumes, and no characters or story. Essentially this is no where near as intelligent as L.A. Confidential, it’s not as solid or tight as The Untouchables, and isn’t even close to being as classy as Bugsy. Gangster Squad is just a wanna-be good film.

What one may expect to be a modern day mafia crime drama classic, is actually an entity much different. “Fun” best describes this film because everything surrounding it is that of a cartoon show. The atmosphere of a late 1940s Los Angeles also aids in alleviating the immersion. Just go with it, and you’ll end up having a good time!

While schmaltzy, over the top, and pretty ridiculous, Gangster Squad is a fun movie that could have been much better than it was. I’m very curious to see the original cut of the film since it was delayed due to the Aurora shooting back in July.

While it’s not an award-winning film, it is ultimately a fun time at the movies. The film is full of noteworthy actors all doing their best with the source material. It can be a tad over the top at times but as a whole the acting is solid, it’s well paced, and just a good fluff movie to sit back and enjoy.

While there are problems with the direction and style, the actors are having fun and doing an awesome job making a fun gangster movie (Even though Ryan Gosling is a little miscast). Perfect for gangster fans!

This movie is over the top and completely silly. However, something about the story really intrigued me. The scenery of the late 1940s Los Angeles was fun to watch and Josh Brolin kills it as the lead. But this movie tries to take itself too serious when there are comedic elements at some points that don’t fit. The movie has a great cast but nothing in the script gave them the opportunities to really shine or make something amazing to happen.

The acting is great and what you would expect with the all-star cast this film has, but I feel like they could have given even stronger performances if the script was better. The script feels jumbled at times and it seems like they didn’t know what they wanted the tone to be. In some scenes, Gangster Squad feels like a full-on action/comedy in the style of The A-Team, but in other scenes the tone feels like a dark and gritty gangster flick. I wish they would have picked a tone and stuck with it. The characters also do not feel very fleshed out, so I did not find myself caring during moments where I should have, and the ending felt anti-climactic compared to everything building up to the climax. Gangster Squad is a really entertaining movie with great acting and style, but not a whole lot of substance. 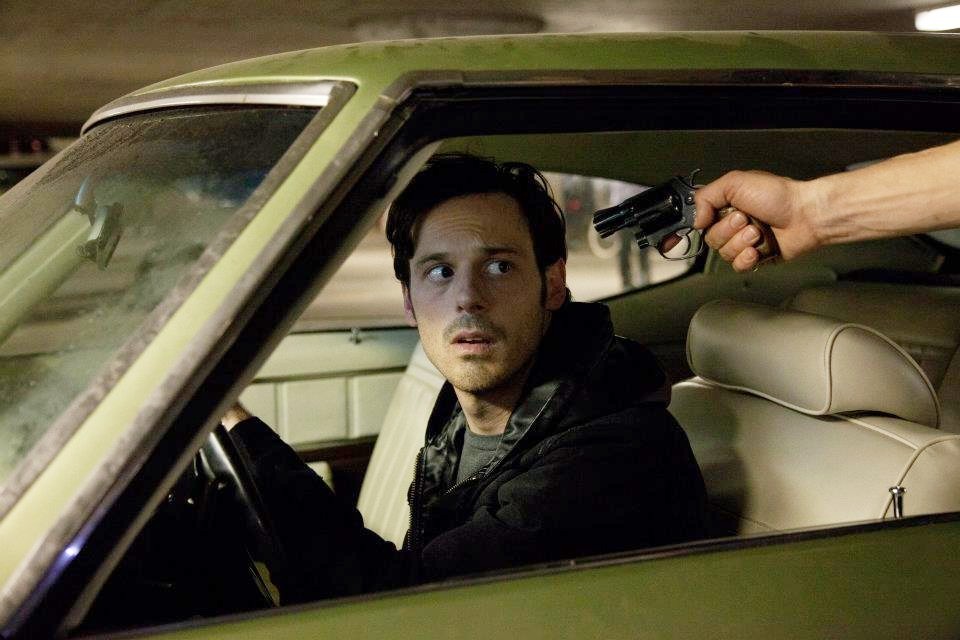 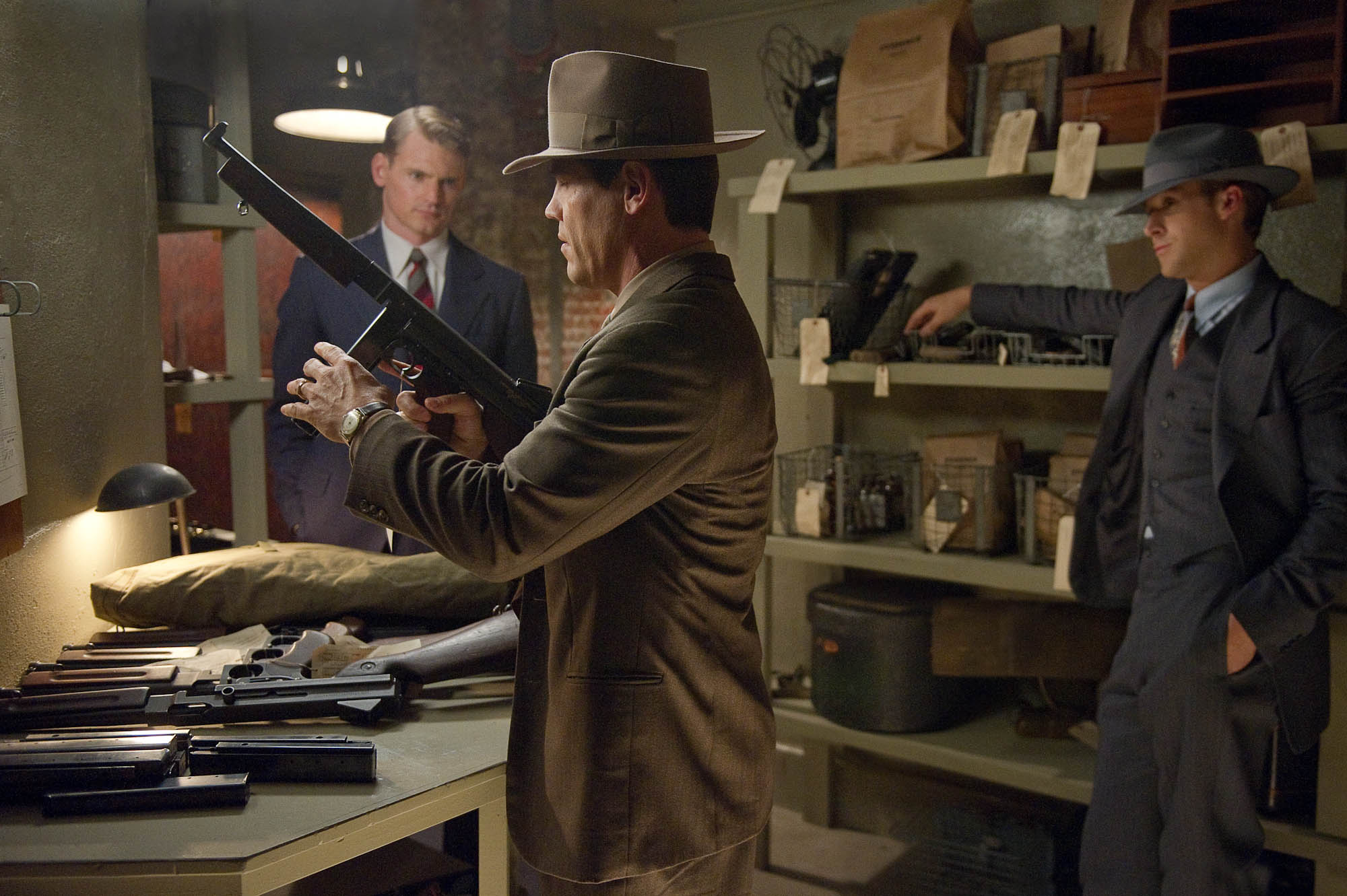