Writers: Jeff Wadlow (based on the comic book series by Mark Millar and John Romita, Jr.)

AMOUNT OF REVIEWS IN THE GRADE BOOK: 15

SUMMARY OF THOUGHTS: While it may be a bit messy and not as strong as its predecessor, Kick-Ass 2 provides enough dark laughs and thrilling moments of violence to make it enjoyable for diehard fans.

This film is a mess, and as a sequel to a gloriously unique and skillfully crafted comic book film, Kick-Ass 2 is a big disappointment. However, there’s still plenty of fun and excitement to be had with the shaky but gleefully violent action.

Not as good as its predecessor, but an enjoyable sequel to say the least. The tone was a lot darker than the first and it took some twists and turns that I truly did not expect. For the most part, the comedy hit home and was gut-busting humor at its finest. The action was great and the characters, for the most part, were all really likable. This was honestly one of the most enjoyable theater experiences this summer, and if you were a fan of the first than I am sure you will have a blast with this!

I did not love this as much as the first, but it’s still a worthy sequel that was entertaining throughout. Great Action and shocking comedy. I loved everyone involved and look forward to Part 3! This is not a kid’s film, so leave them at home PLEASE!

The same kicks from the first Kick-Ass, only on a larger scale and with more at stake…and Christopher Mintz-Plasse is actually funny more than he is annoying for once. Jim Carrey is underused, but the movie as a whole is awesomely violent and full of fun.

Grade: C+
Although it has entertainment value, it feels like something significant is missing. Unfortunately, this anticipated sequel feels like a hollow shell. The performances and action set pieces are undoubtedly fun. Even a majority of the comedic and dramatic moments succeed! But, I just didn’t get the surreal feeling felt back in April of 2010. Shame, it is.

Seriously, a 29% on Rotten Tomatoes? While this film isn’t as good as the original, as most sequels aren’t, this is still a moving, entertaining, and fun superhero flick that succeeds at being a dark action film while having some humorous moments in there as well. Definitely not for the easily-sick-to-their-stomachs or those who are under the age of fifteen, however.

Kick-Ass 2 ranks among Star Trek: Into Darkness and Pacific Rim as one of the most exhilarating experiences this summer at the movies. Despite Matthew Vaughn being out of the director’s seat and a few minor cast substitutes, Kick-Ass 2 is a welcoming second chapter that amps up the action, language, and violence to keep audiences of the series coming back for more of the unorthodox vigilante duo.

While not as great as the original, Kick-Ass 2 still packs a punch. The film is extremely entertaining and showcases plenty to make this a worthy sequel. Jim Carrey is a great addition to the cast, and I honestly can’t wait for the next entry. Is this movie flawless? No, but no one was expecting it to be as kick-ass as the original.

I loved the hell out of the first film, and I feel the same way about this one. It’s hilarious, violent, well acted, insane, and pays great respect to its source material. Fans of the original film and the books will get a kick out of this and anyone who likes this film will more than likely want to see it again. I know I do! Probably my favorite movie of 2013 thus far.

In the end, Kick-Ass 2 definitely left me wanting more, as a lot of the humor really falls flat. The Mother F**ker is a pretty weak villain, a lot of characters are totally underdeveloped, and some story elements were definitely a little messy. All of that being said, there is still some fun to be had here, as the performances from Aaron Taylor-Johnson, Chloe Grace Moretz, and (especially) Jim Carrey are all extremely fun to watch, the action scenes are exciting and bad-ass, some of the humor really works, and a good amount of the dramatic material is effective. Not as good as the first one, and even a little disappointing on its own, but Kick-Ass 2 is still one that I didn’t regret seeing.

It doesn’t kick as much ass as the original, but that doesn’t mean it’s not a lot of fun and great in its own kick-ass way. It’s a blast at the movies. See it with a bunch of friends and have a kick-ass time!

This one is a mixed bag for me. Some of the action is exciting and Chloe Grace Moretz and Jim Carrey are enjoyable. But at the same time, the inconsistent tone nearly derails the entire thing. Rent it if you are a fan of the first entry.

A great action-comedy film that continues that feeling of being self-aware. It’s silly, over-the-top, violent, and just beats out the first one by an inch. The idea of everyone becoming superheroes and actually doing something about it brought so much more joy to the film, and seeing both the heroes and the villains come together to fight made me excited. Now imagine a movie where Avengers fight X-Men…Damn.

Not as consistently brilliant, but a worthy sequel that has all of the heart and excitement of the original. The story is brutal and much darker, but that is to be expected after the first film. The events that occurred carry over into this sequel, showing both the rewards and consequences that come with being a hero in the real world. This gives the film a very grounded feel amongst the stylistic action and sends a great message to the audience. Not everything hits, but this sequel has plenty of moments of greatness and is one of the most fun times I have had at the theater this year.

It’s not too surprising that I didn’t find this nearly as good as the original, but in the end, it’s just pleasant to see familiar and new faces in this universe on the big screen. Although writer-director Jeff Wadlow can’t capture Matthew Vaughn’s tonal or visual consistency, the film keeps you entertained with an accessible story and likable characters. Aside from some untouched potential, it’s still a fun summer sequel. 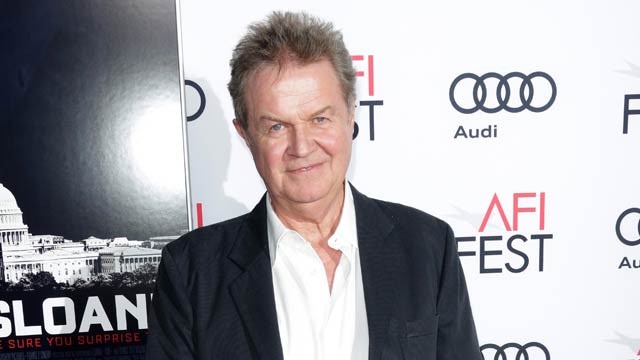