AMOUNT OF REVIEWS IN THE GRADE BOOK: 9

SUMMARY OF THOUGHTS: Monsters University comes with  a few  generic story turns, but it is still a worthy prequel to Monsters, Inc. — featuring wonderful animation and characters.

This prequel to Monsters, Inc. is energetic, bold, and hilarious. There are so many messages that you can take from the film. I was impressed with the film and I want to see it again and again. I recommend that anyone should see it. I thought that Billy Crystal and John Goodman reprised their characters with such respect and carefulness.

We have seen this story before, especially just a few weeks ago in another film, but it’s great to see Mike and Sulley again on the big screen as they are first meeting and becoming best friends. I also love the supporting characters. Good Family Fun! Now where is the sequel to The Incredibles?

Grade: A
A fantastic prequel to one of Pixar’s finest. Having both Billy Crystal and John Goodman back was great. The animation was beautiful, and I thought the story flowed very well. There were also some really great laughs sprinkled in there. I have to say, I was worried about Pixar for a while, but now I have no doubt they are just as great as they used to be.

Grade: B
Although it is not a thought-provoking animated feature, it surely is a fun and entertaining experience! The story is decent enough to create momentum, but the real fun comes from the characters, both familiar and unfamiliar. The resolution is rather satisfying and emotionally fulfilling for those who grew up with Monsters, Inc., including myself!

Monsters University is another brilliant addition to a long line of Pixar classics, while being a colorful collegiate companion piece to Monsters, Inc. — supplying a truckload of genuine nostalgia for long-time fans of the original film.

While I am glad to see all my monster friends back on the big screen, I can’t help but be slightly disappointed with the overall film. While the film does a good job bringing together Mike and Sully for the first time, I feel that the overall storyline is about as generic as one can get. The film is more of a homage to classic 80s college comedies, such as Revenge of the Nerds, than it is as a standalone prequel. I think it’s an entertaining film, but definitely not the high-quality work that I once expected from Pixar.

Finally! A prequel that becomes it’s own original story without feeling the need to be the first movie. With great animation, neat ties to the first one, and a ton of heart, Mike, Sulley, and Pixar deliver a very heartfelt, funny film that is the most enjoyable movie I have seen all year!

A great prequel to an original and classic Pixar film. I was worried that this film would be dumbed down to strictly children humor, but the multiple jabs at the cliche college life was absolutely intelligent an hilarious. The chemistry between Mike and Sully is up to par with the first film. I found the story to be heartwarming and engaging, with a few references to the first film that will make you smile from ear to ear. I’m happy to say that Pixar is heading back on track!

I’m a bit biased towards this movie. Although this feels like a smaller Pixar film story-wise, it’s a big improvement from Cars 2 and Brave, and it deals with subject matter that I personally am going through right now. There’s a lot of fun to be had in this movie as we return to the monster world, but the movie also approaches themes that are ignored usually in kids films: failure and disappointment. While it’s a rather joyous film, it’s also an honest one, too, and it somewhat works as a coming-of-age story. It’s the movie that I really needed at this point in my life, so I have to give it more credit than some may expect. 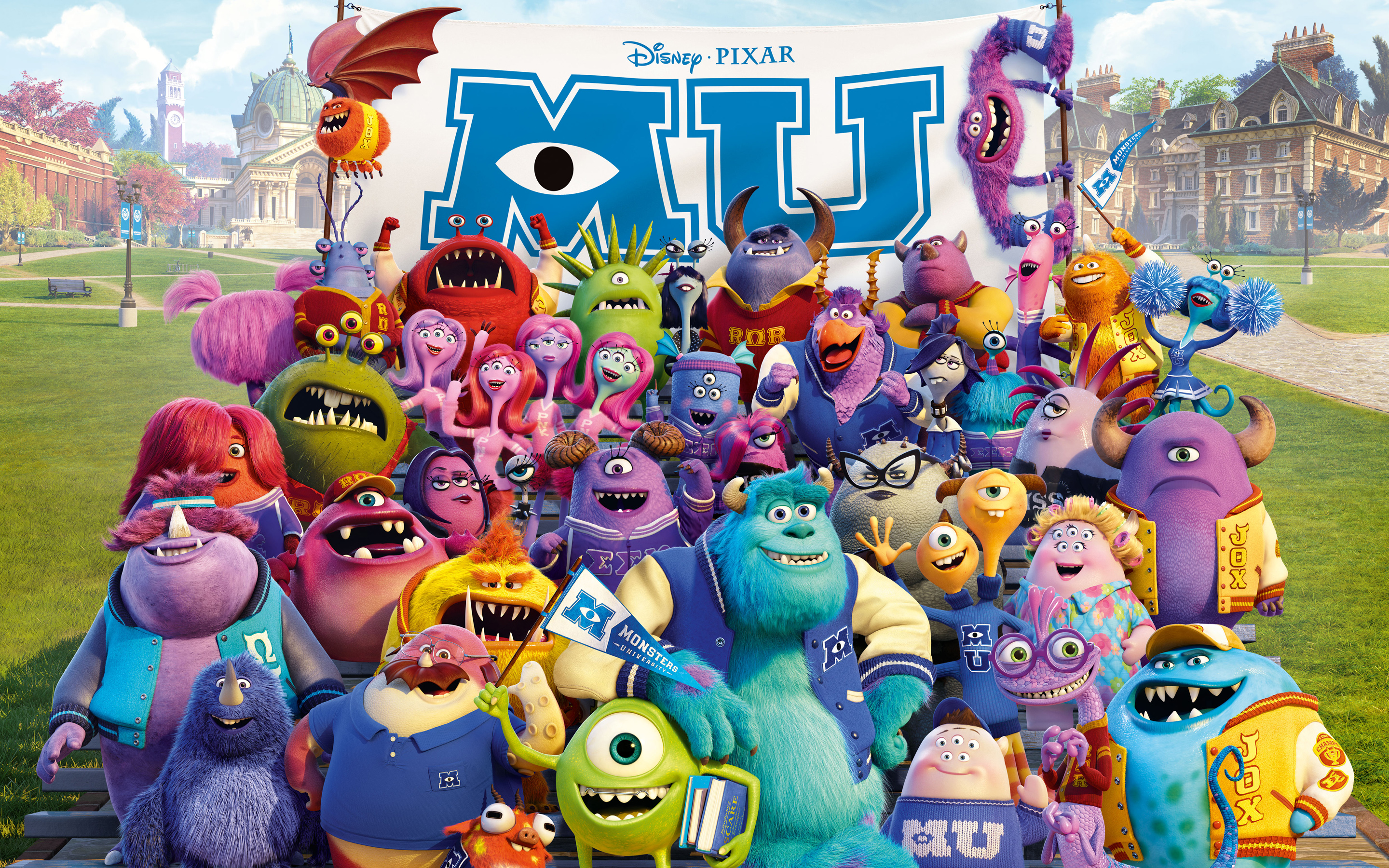