Plot: A video game villain sets out to try and be a hero and win a medal.

SUMMARY OF THOUGHTS: Wreck-It Ralph features some familiar Disney-isms, but the film is beautifully animated and full of warmth and humor. It is also a special nostalgia trip for old-school video game lovers.

Sticks to the usual Disney formula, but hey, it works. It’s hilarious, clever, awesome to look at, filled with nonstop thrills…I mean, it’s an absolute blast!

It’s not that often where a film manages to transport you back to the days of being a young kid again. Benefiting from terrific voice work, a carefully constructed balance of humor for the kids and adults, and an injection of nostalgia from all the video game homages and references, this is certainly the best animated film of the year so far — and also has the best closing credits sequence of the year, too!

It has a cheesy plot but good animation and a solid voice cast. Not bad, but could have been better. There are a couple animated films that have come out this year that are better than Wreck-It Ralph. But it is apparently obvious that effort was put into this film, and with that, I realized that this film is special.

A video game-lover’s dream! Loved it!!! Great Story, message, and characters! I hope people see it so it can make lots of money! Here’s to a great sequel!

A funny, witty, and heartwarming kids movie that is basically the love child of Toy Story and Scott Pilgrim. My favorite animated movie of the year as of now.

This film features some stunning animation but a story with an oh-so-cliched Disney feel to it. The film is funny and the voice talents are a near perfect fit — especially Reilly as Ralph and Silverman as Vanellope. The biggest problem with the film is that the marketing for it makes the viewer believe that the classic video game characters will play a key role in the film while they honestly have minor cameos. All in all, Wreck-It Ralph is a fun-filled family movie and has something for children, parents, and, yes, gamers to enjoy about the film.

One of the best things Disney has done in quite some time. The voice cast is great, all the video game references work very well, and it has one of the most original stories for an animated movie.

Do you like old-school games? Do you like modern games? Either way, you’re gonna LOVE Wreck-It Ralph! This Disney animated film delivers on both, bringing together all sorts of video game characters that we know and love, as well as just being a great film with superb voice work, an interesting story, great characters, gorgeous animation, clever humor, and a great big heart. Gamer or non-gamer, odds are you’re gonna like this one!

This is not only Toy Story for a new generation, but if you’re an old school gamer as well you will recognize a lot of characters and some very funny references (some references that I wasn’t even expecting either). It has a great cast and beautiful-looking animation (along with great 3D), and it is funny, heartwarming, and nostalgic. My favorite animated film of the year and one of the best films of the year.

Wreck-It Ralph features amazing animation design (full of depth and life) and wonderful characters, with a terrific voice cast to boot. There is not as much emotional resonance as with some previous Disney entries, but this is still a great time and the best animated film I’ve seen so far this year.

Wreck-It Ralph is a trip down memory lane for anyone who grew up playing arcade games and some of the first gaming consoles. Clever references to games and even a few movies abound in this funny but touching story. The voice acting is top-notch and the story is well written and heartfelt. Easily one of the best animated films of the year that is filled with enough emotion that will make you want to pull out your Nintendo systems for a Super Mario Bros. session. A great time at the movies for all ages.

An animated film with a great blend of heart and video game references. This is no cynical cash grab that depends on the famous licenses it features. The story is familiar, but it’s cleverly told, with memorable and colorful characters. It’s definitely a theater experience to share with the whole family. 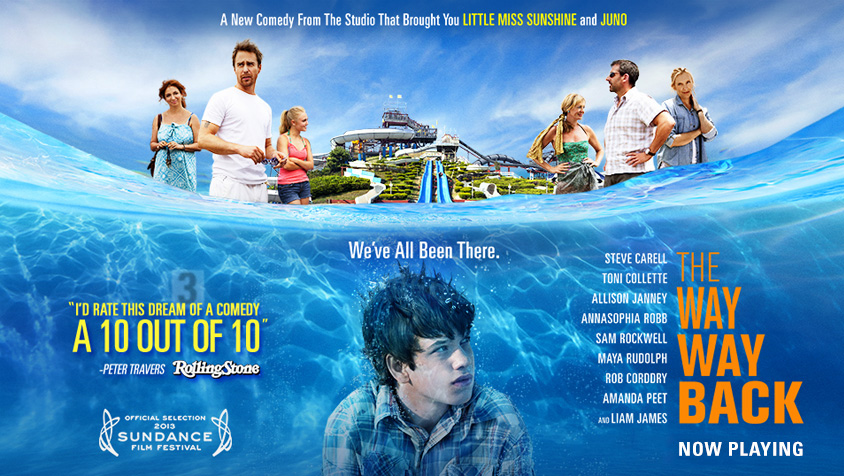 Beauty and The Beast Teaser Trailer Teases Great Things To Come
May 23, 2016
“Salmon Fishing in the Yemen” – Review by MattTheMovieAnalyst
February 17, 2012