Blu-ray Review- The Hobbit: The Battle of the Five Armies

The Hobbit: The Battle of the Five Armies (Warner Bros. Home Entertainment)

With The Battle of the Five Armies, Peter Jackson has crafted what is surely his finest entry in The Hobbit trilogy. Though I truly enjoyed the first two films, this latest and final chapter embodies everything I hoped for in a finale. Featuring breathtaking battle scenes, masterful swordplay, and plenty of emotional turmoil and touching character arcs; there’s plenty for Tolkien fans to adore. It’s also very well structured from beginning to end, with very few “filler” moments that previous installments seemed to lean on.

The Battle of the Five Armies picks up precisely where The Desolation of Smaug left off, and before we even see the subtitle to this final Hobbit entry, Smaug has been defeated and Laketown is in ashes. Bilbo (Martin Freeman) and the Dwarves watch in horror from The Lonely Mountain’s gates as Laketown’s deceased float in the water, and the few survivors desperately make their way to the shoreline. Thorin (Richard Armitage) appears less phased by this turn of events, and quickly retreats to his horde of Gold beneath Erebor to continue his search for the Arkenstone. As Thoren’s obsession with finding the stone only grows more sinister, trust and loyalty begin to dwindle among the dwarves.

Meanwhile, Gandalf (Ian McKellen) is freed from his cage atop Dol Guldur by Galadriel (Cate Blanchett), who banishes Sauron and the Nazgul back from whence they came. The survivors of Laketown, led by Bard the Bowman (Luke Evans), take refuge in Dale hoping that Thorin will make good on his promise and provide shelter to his people (along with their share of the mountain’s gold). Once it becomes clear that Thorin will not open his doors to anyone but the Dwarves, Bard aligns with Thranduil and his elven army to wage war on Thorin and the dwarves. As the various elf and dwarf armies converge at the gates of Erebor, an Orc army arrives to remind our heroes what they’re really fighting for. Leave it to the Hobbit from the site, Mr. Bilbo Baggins, to possess the power to unite his kin.

The Battle of the Five Armies engaged me on nearly the same level that the original Lord of the Rings trilogy did. The “magic” seemed to be back in full swing this time around, which was especially evident in the film’s captivating finale. The production design, costumes, and special effects remain a highlight of this wonderful series, confirming the sure handed direction of the filmmaking team that has truly brought these stories to life on screen. The acting from everyone involved is strong and dedicated as always, with Richard Armitage in particular delivering a nuanced performance worth noting. There are flaws, but they remain superficial, never impacting the story enough to turn off viewers looking for sheer entertainment. Mr. Jackson has brought his vision of J.R.R. Tolkein’s novel masterpieces full circle with The Battle of the Five Armies, and I personally couldn’t have asked for a better way to end the trilogy.

This Blu-Ray edition from Warner Bros. Home Entertainment features outstanding picture quality; perfectly capturing Peter Jackson’s intended color grading and theatrical touches with impressive clarity for home video. Everything from the shiny sleek detail on Smaug’s scales to the bright shine of the gold hordes of Erebor, this is a beautiful transfer of the film with plenty of “wow” moments to impress your friends while showing off the home theater system. There is a richness to the visuals that creates a vivid storybook atmosphere on Blu-Ray. Beautiful!

The 7.1 DTS-HD audio has a sheer power that is unequaled when compared to most Hi-Def releases. It’s utterly insane! If the visuals were impressive, the audio is a perfect match. The battle scenes alone will immerse you in the story more than ever, with the sounds of steel clashing against steel, raging fire, and bolder-smashing chaos surrounding you on all seven channels. The sub gets a healthy workout here as well. Dialogue, the musical score, action, and background effects all achieve a healthy balance here with nearly flawless sound design.

Warner Bros. Home Entertainment has provided fans of The Hobbit: The Battle of the Five Armies with an hour’s worth of bonus material to accompany this Blu-ray release. The content is a satisfactory match to the previous two theatrical releases. Expect Warner to delve deeper with more special features later this year with the inevitable Extended Edition.

Here’s a breakdown of what’s included:

As you can see from the “Unboxing” pictures below, this Blu-ray edition from Warner Bros. Home Entertainment features the epic theatrical poster design for the film. Everyone gets a spot to shine here, from Bilbo to Smaug and Bard the Bowman to Legolas, set against the backdrop of the Lonely Mountain and the five armies waging war. There is a nice “gold” tint to the cover and the main title is embossed. On the reverse of the packaging you’ll find a plot synopsis, a list of special features, and technical specifications for the discs. On the inside of the packaging you’ll find a Blu-ray disc for the feature film, a Blu-ray disc for the bonus features, a DVD disc, and an Ultraviolet Digital Copy Code (not pictured). There is also a small pamphlet advertising collectibles from The Hobbit series from The Noble Collection. I’m not sure that I like the disc-stacking that’s happening here, but the Blu-Ray discs themselves are fairly scratch resistant. There are several retailer exclusives also available to purchase from the likes of Best Buy, Target, and Walmart.

The Hobbit: The Battle of the Five Armies (reverse)

The Hobbit: The Battle of the Five Armies (interior)

Pete- With The Battle of the Five Armies, Peter Jackson has crafted what is surely his finest entry in The Hobbit trilogy. Though I truly enjoyed the first two films, this latest and final chapter embodies everything I hoped for in a finale. Featuring breathtaking battle scenes, masterful swordplay, and plenty of emotional turmoil and touching character arcs; there’s plenty for Tolkien fans to adore. It’s also very well structured from beginning to end, with very few “filler” moments that previous installments seemed to lean on. The Blu-Ray picture and audio quality is demo-worthy, providing for an outstanding home viewing experience. The special features are charming but noticeably light; an intentional move as we await the forthcoming extended edition release. The Battle of the Five Armies brings Peter Jackson’s Hobbit trilogy full circle, providing a consistently entertaining finale that will delight fans of the series. 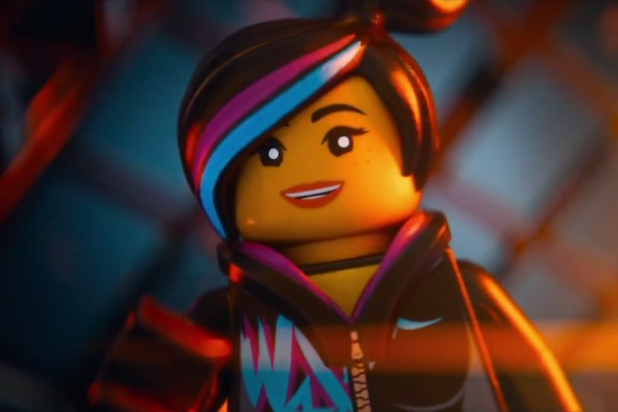 The Hobbit: The Battle of the Five Armies Blu-Ray Review – by Pete Macabre