In the final chapter of the Hunger Games film series, Katniss Everdeen (Jennifer Lawrence) is set to finally get her revenge. This time around, Katniss and several members from the various Districts make their way to the Capitol to take down President Snow (Donald Sutherland) once and for all. Along the way, the group must work together to avoid various traps, known as pods, while watching over Peeta (Josh Hutcherson) who is still having flashbacks from his previous capture in the Capitol, where he was brainwashed by President Snow. Will Katniss make it to the Capitol and liberate the citizens of Panem?

After so much build up in the first three films, I was really expecting to be blown away by Mockingjay Part 2. This final chapter opens exactly where Mockingjay Part 1 left off and immediately jumps into Katniss setting out to take down President Snow without any filler or build up. The film moves along incredibly quickly and there are so many great action moments that happen throughout, unlike the common complaint that most made about Part 1.

As Katniss, Peeta, Gale, Finnick and various members of Squad 451 make their way to the capitol, they are met with series of deadly pods. When they first embark on this endeavor, Katniss shoots her arrow between a series of buildings that instantly bursts into flames, warning the group that this journey will serve as quite the challenge. The pod obstacles only get more extreme as the group moves closer and closer to the Capitol. The pod scenes create several intense moments throughout the film and even result in a few fatalities. 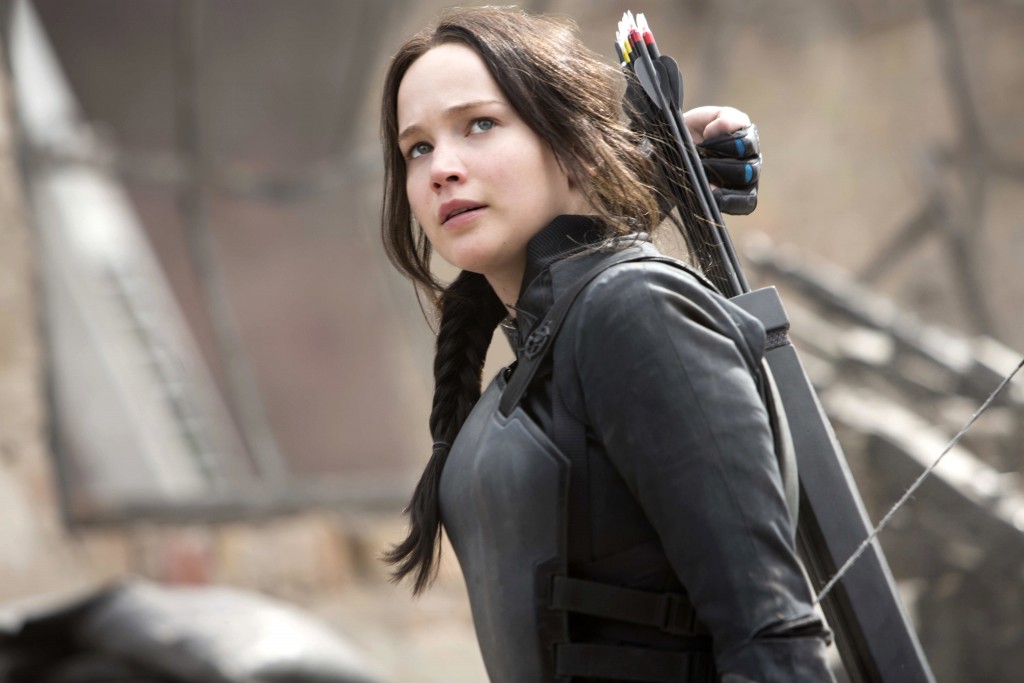 After a very intense battle that occurs in the sewers, Katniss and Gale decide to head to the Capitol alone so that the others lives are no longer in jeopardy.  When Gale and Katniss first arrive in the Capitol, they must try to blend into the crowd as they try to get into President Snow’s mansion. This scene standouts the most in the the entire film because its intense and surprisingly very violent as gunshots and bombs are being set off every couple of seconds right outside of the Capitol walls. This scene is so effective because it shows the unnecessary deaths of war while also showcasing how little those in power care. We see thousands of people including infants killed in this scene.

Unfortunately, the journey to the Capitol is much more interesting than what happens once Katniss finally makes it to President Snow. There is a conversation that takes place between the two and while the conversation was intriguing, the twist that occurs next was not. I can see how this twist could have worked but the way the next 15 minutes of the film unfolds just becomes so predictable and way too happy. There is a point where the twist is revealed and all the remaining victors from various districts are sitting at a table taking it to a vote. I think the scene would have been the perfect way to end the film but instead it just keeps going. I don’t blame the film here since its the same ending as the book but in all fairness, it just felt very anticlimactic.

The film ends on a cutaway to the future which is so incredibly cheesy that it feels like something that would be found in Twilight rather than The Hunger Games. Again, with all the build up and how intense and powerful the first 80% of this film was, the last 20 minutes was just a total let down.

Overall, Mockingjay Part 2 is a solid end to the series but sadly lacked a powerful emotional punch. I think Lawrence and Hutcherson have truly grown into these characters and give it their all in this final installment. Liam Hemsworth has never been that strong as Gale and that doesn’t really change here. While I would have loved to seen more of Johanna Mason, Haymitch, Boggs, and others, the series never really focused on its other characters enough in my opinion. In the end, this is and always has been Katniss’ story and for what it is, it was a pretty good tale. I think Hunger Games fans will be happy with this ending but I still can’t help but feel a little disappointment as to where this journey ultimately led after spending so much time in this world.

MovieManMenzel’s final rating for The Hunger Games: Mockingjay Part 2 is a 7 out of 10.