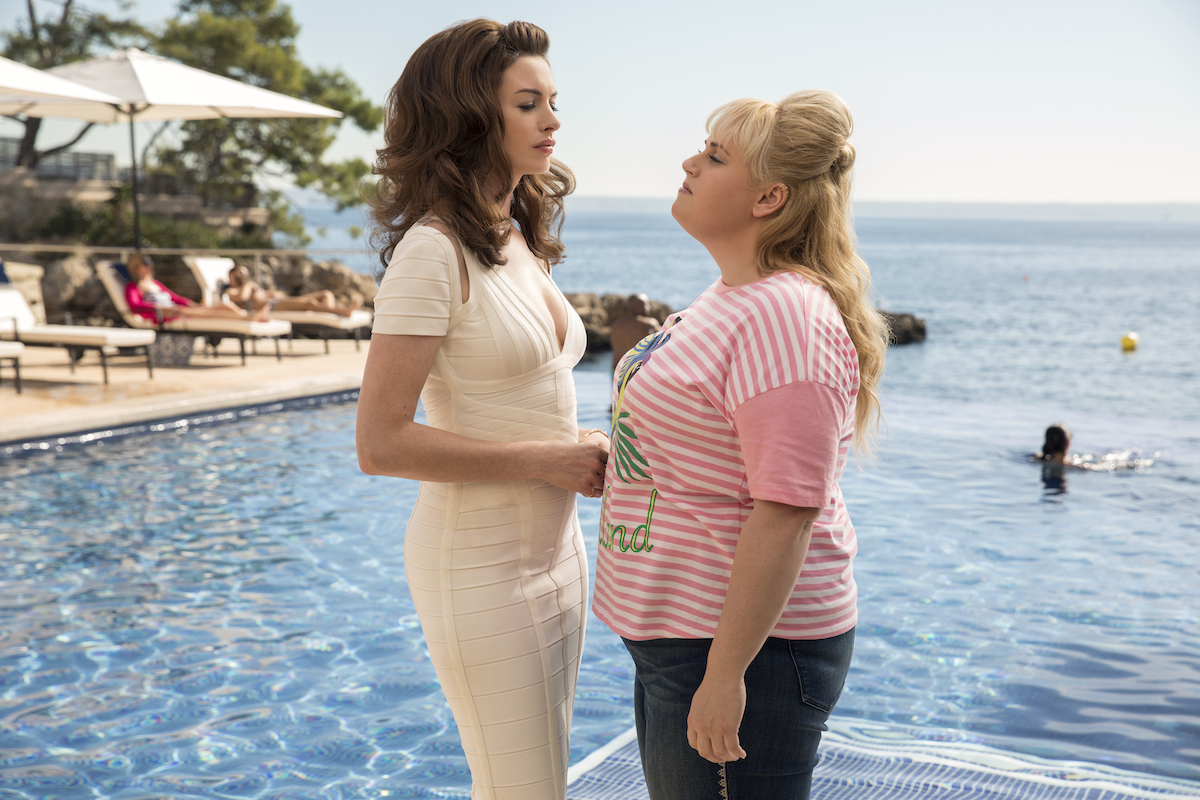 Rebel Wilson and Anne Hathaway star in The Hustle a remake of Dirty Rotten Scoundrels in which they play rival con artists. Wilson plays Penny, a small-time con artist who finds her way to Beaumont-Sur-Mer in France where she encounters Josephine (Hathaway), a big-time con artist living a life of luxury. Penny begs Josephine to teach her the skills she needs to succeed. During the training, Penny and her having a falling out after she realizes Josephine is just trying to use her and push her away. In a turn of events, they decide to put a wager on their skills. Whoever can con Thomas Westerburg (Alex Sharp), a millionaire tech mogul gets to stay in Beaumont-Sur-Mer and therefore takes over the affluent town and all the potential cons that may exist.

While the film has potential, it is easily squandered away with allowing Rebel Wilson to continue to play the same character over and over again. We need to see a film where Rebel Wilson’s whole character doesn’t exist simply as the punchline to a fat joke. I believe she has the capability to be funny and be something more, but these roles and characters are doing nothing for her. Anne Hathaway gives a series of accents a whirl in this film, and the whole thing comes off bizarre and uninspired. These are both talented women, but they just aren’t getting the roles they need to show off their skills.

The costume design in the film is excellent… for Anne Hathaway, but I don’t appreciate the way that they continue to make Rebel Wilson a joke as a character in everything she does. Do the clothes intentionally play into the idea of heavier women not knowing how to dress their bodies or wearing clothes that are much too old/ small/ large for them? For example, the image below features Anne is a beautiful form-fitting dress that makes her look elegant and thin. However, Rebel is dressed in a dress that David’s Bridal and other shops have as for Mother of the Bride, yet Rebel Wilson, in her thirties, is wearing it. There are other scenes where she is wearing shirts that are too short for her and ill-fitted. At each turn, they make a joke out of this character, not because of her personality but because of her weight. She can’t jump over things; she can’t dress well; she can’t be smart. I’d like just once to see a role reversal where the heavier woman is the Anne Hathaway character, and the skinnier and more attractive woman gets to be the butt of all the jokes. 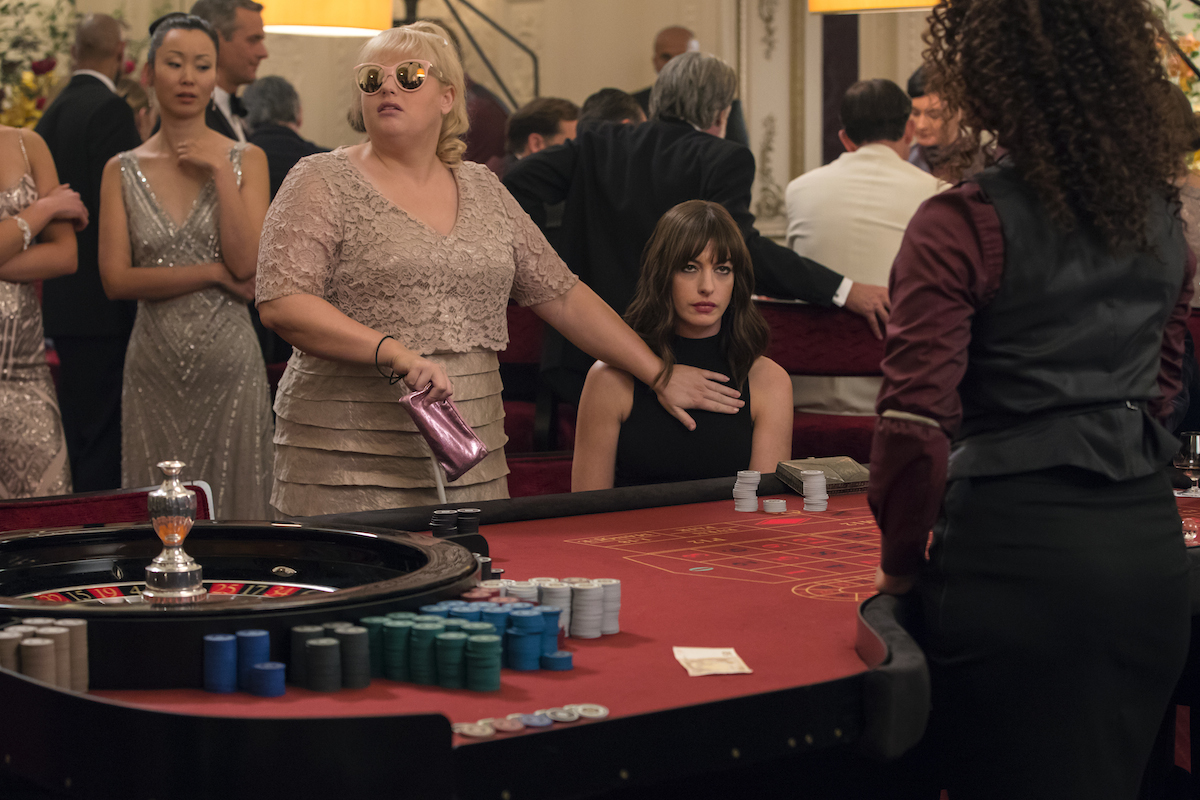 The humor in the film is incredibly offputting for me. A good part of the film is spent with one of the characters pretending to be blind and the other using that to exploit and torture them with various disgusting and distasteful jokes. There are a few shining moments with potential or that show real wit or a developed sense of humor where I smirked or smiled, but they are few and far between with tasteless jokes and gags.

The highlight of the film for me was Alex Sharp in his role as Thomas. There is something about Alex as an actor that charms the audience. His charisma and charm were similar to his performance in the film To the Bone with Lily Collins. He has this genuinely honest presence on screen. In this role, he has to sell a few different aspects of his character, and he does it with such authenticity and ease. I am anticipating his next roles and seeing where his career takes him.

All in all, The Hustle is an easily forgettable and bland film that lacks the comedic chops to stand out from the crowd. It leaves the audience with more to be desired and continues to play on the typecasting of certain actresses and does little to showcase any real talent they have.