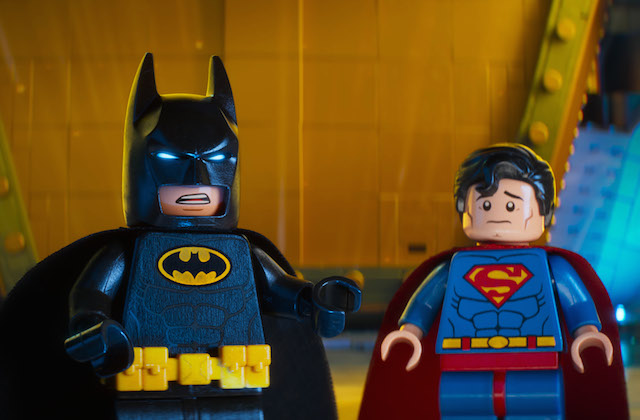 The DC Universe connects far better in LEGO Batman than the live-action films. Granted, it’s easier because LEGO Batman is a comedy. So you can make jokes about the Justice League having a party and Batman knowing about the Phantom Zone, On the other hand, maybe it shows the live-action movies are overthinking it. You don’t have to explain how all the superheroes met and where they came from. Just start with them all knowing each other.

LEGO Batman gets to comment on the social aspect of being a superhero. There’ve been many snarky fan comments about Bruce Wayne hanging around a teenage boy, but when you’re dealing with the themes of isolation and surrogate families, it’s a real chance to show the value of a sidekick, and still make poignant one liners about it. Every superhero caper Batman gets into spoofs the formulaic nature of superhero capers. This time it’s not as broad as “The Special” but there’s still enough familiarity with elaborate supervillain schemes and preposterous heroics that the observations drop the mic on the genre.

Going beyond even the DC roster of villains, LEGO Batman includes a full slate of Warner Brothers licensed villains. Some may be public domain but I especially loved seeing some monsters who haven’t been in a movie in 27 years join the chaos. This melee makes fun of the ADD distraction inherent in modern culture, let alone family entertainment. It also reflects the nature of LEGO. When kids play, they don’t keep franchise worlds separate. They play with all their toys together. LEGO Batman captures the spirit of kids throwing everything into play, mashing all their toys together.

The baddest monsters still act so goofy, it’s endearing. They also got in a reference to an obscure ‘80s martial arts movie. Grown-ups will remember that and maybe it’ll sell some DVDs to curious kids who find out about it for the first time in this movie.

LEGO Batman redefines Robin’s origin as a way to confront Batman. The Batman of The LEGO Movie, who’s really an A-hole, needs to learn to share and it turns out there is a character in Batman mythology who can serve that function. Dick Grayson is already an orphan when we meet him which is smart, so we don’t have to see the Flying Graysons get killed in a kids movie. Thankfully we don’t have to see the murder of Bruce Wayne’s parents again either. 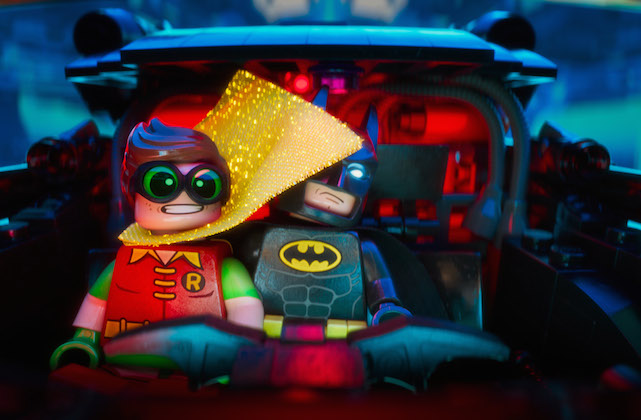 The LEGO Batman Movie bodes very well for the future of the LEGO franchise. It shows that different movies can follow different paths of the same creative spark that made The LEGO Movie special without repeating themselves. It’s still irreverent about stories, and specifically superhero mythology and sometimes even specifically the way DC movies have handled Batman, but it’s a whole new toybox of fun.