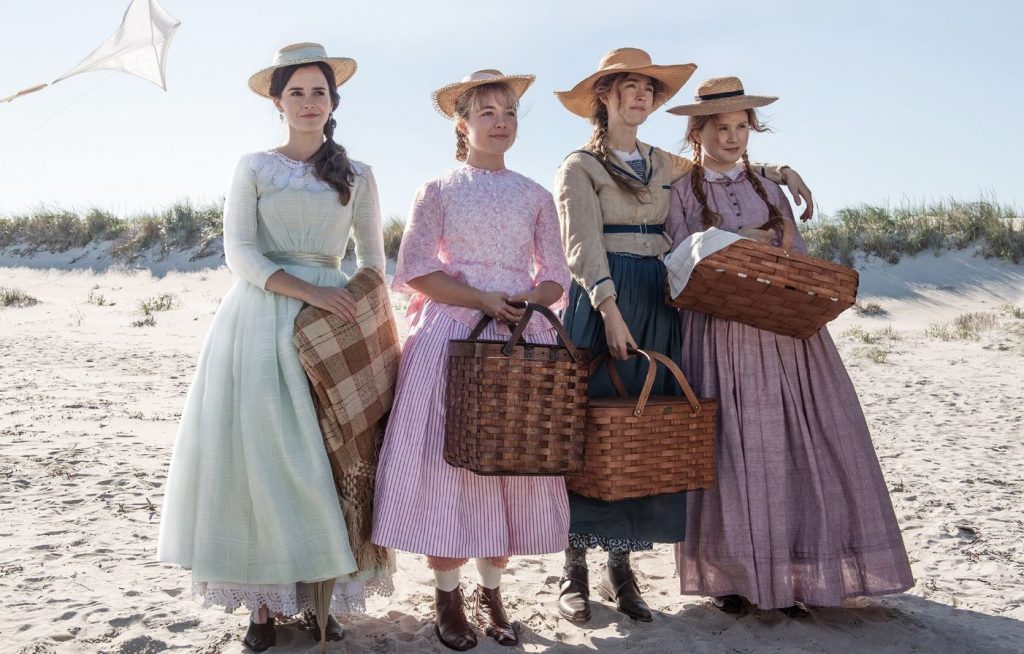 There have been over ten adaptations of Louisa May Alcott’s famed children’s novel, Little Women, including movies, television series, and anime. I have seen none of them. All I have to go on is a certain understanding of what the story is through osmosis and this film from writer/director Greta Gerwig. The good news is, this 2019 adaptation is pretty great. A strong cast and smart handling of the narrative structure prevails over any feeling of the film playing like an unnecessary retread.

Little Women explores the lives of the March sisters in 1860s New England. There’s Josephine or “Jo” (Saoirse Ronan), Meg (Emma Watson), Amy (Florence Pugh), and Beth (Eliza Scanlen), all non-American actors going after their version of the American dream as these characters. Jo wants to be a writer, Meg wants to be a performer and settle down with a husband, Amy wants to be an artist, and Beth is a pianist. At younger ages, they all live under one roof with their incredibly kind mother (Laura Dern), while their father (Bob Odenkirk) is away at war.

A successful change to the original text is how Gerwig plays with time. Rather than follow a linear narrative, this Little Women jumps back and forth in the timeline of these characters, effectively promoting the themes over the story. This ambitious approach could take away the impact of certain developments. Yet, the film only feels enhanced by having an understanding of the placement of characters in specific areas. Being able to reflect on who characters once were, and what that grow into, with these scenes playing back-to-back, means having a unique perspective helping the overall narrative evolve more interestingly. 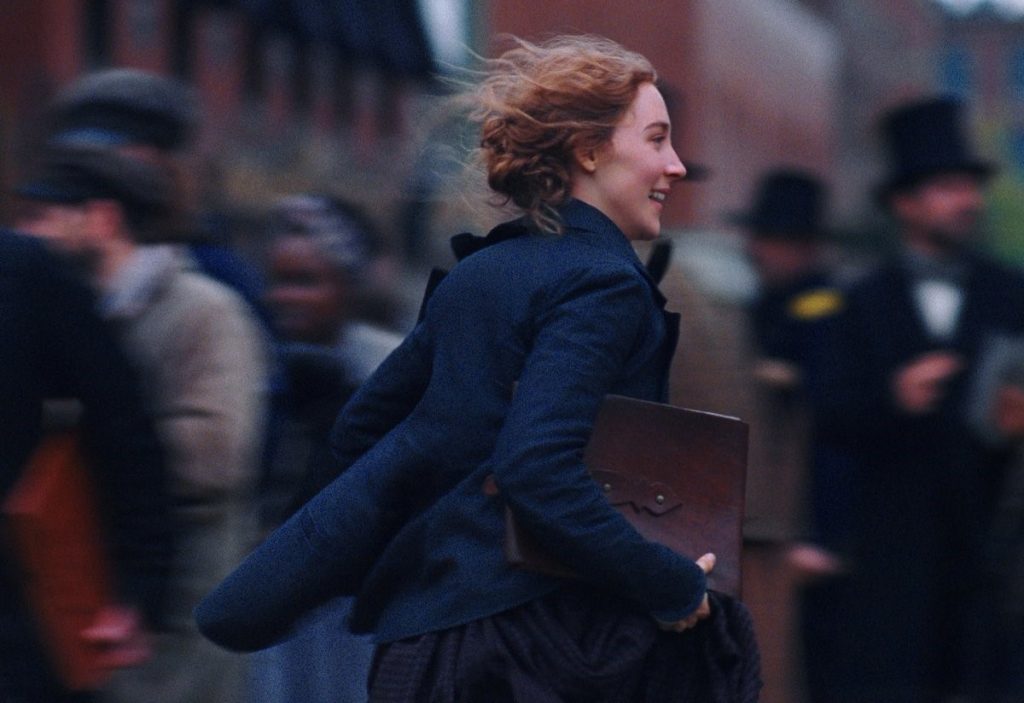 With Ronan’s Jo serving as the de-facto lead of the film, a lot of attention is paid to the standards of being a woman in this time period, and how she clashes with them. The film’s opening focuses on her attempt to have a story published (the always great Tracy Letts plays Mr. Dashwood, the publisher). This sequence relies on both her confidence and anxiety. Throughout the film we understand why. In a movie with four strong female leads (and a rousing bunch of supporting characters I will get to), we not only see their history but how they have been challenged.

Jo wanting to have a story published means opening herself up to criticism, as well as dealing with the conservative idea of what roles gender plays in society. Through this, Ronan shines as well as she has in Ladybird and Brooklyn. She brings an assurance to her performance that speaks precisely to the character being portrayed. Through her eyes, and the eyes of her sisters, similar challenges are presented, both as past adversities, and current struggles that may or may not ultimately work out for the better.

By virtue of having the second-largest part in the film, Pugh delivers excellent work as well. Having had quite the year with the solid underdog wrestling flick Fighting with my Family and the delirious horror film Midsommar, Little Women is another swerve rounding out her year. Here’s another area where playing with the timeline works to the film’s advantage, as the twenty-three-year-old Pugh is supposed to be playing Amy at twelve as well as in her late teens. That may stretch believability, but layering two time periods against each other works better with the same performer (also, it’s a movie, and I can deal with it). 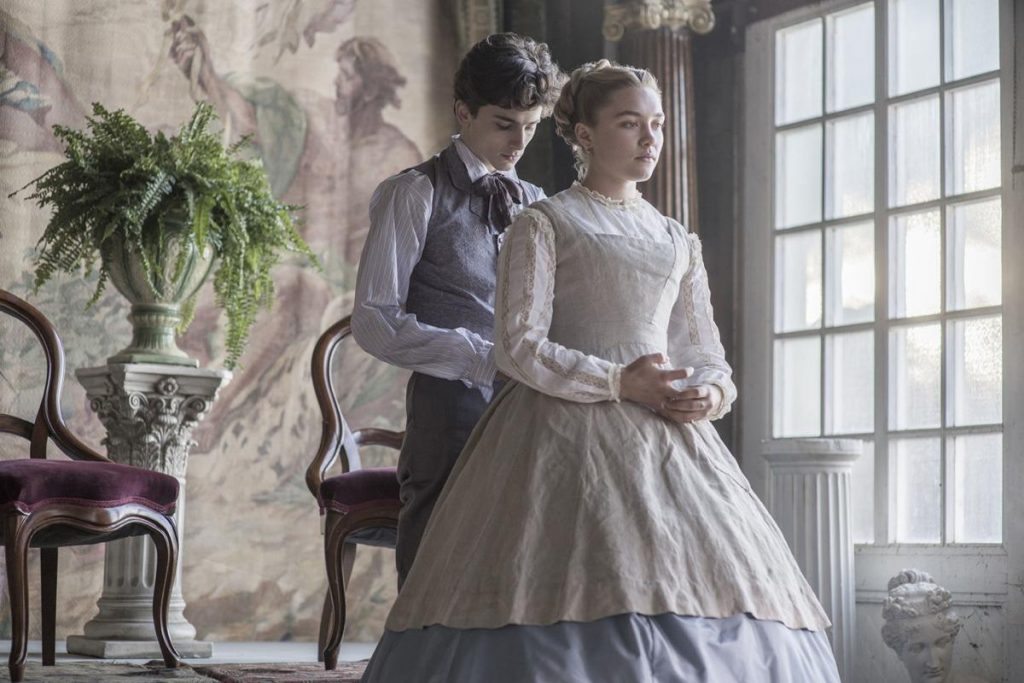 In terms of Amy’s impact on the story, while not a villain, there’s a clear antagonistic relationship mainly between her and Jo. It takes various forms, but while there’s a risk of making her less likable (bratty pre-teens can come off that way), it makes the older version of character work all the better when dealing with the others. This is particularly the case with Timothee Chalamet’s Laurie.

Chalamet rises to the challenge presented to him by the rest of this talented cast, bringing the proper air of kind-hearted rebel. He does things differently than those around him, which makes him desirable to at least two of the March sisters. Laurie is also the right balance of pleasant, insecure, and unpredictable, helping to round him out as a spirited figure factoring into the story of these women.

The rest of the supporting cast brings what’s needed as well. When Meryl Streep is your weak link, that’s when you know a film is doing its job with its characters and performances. As the other March sisters, Watson and Scanlen are good enough in their roles but have less to do. It would be easy to even write-off Watson’s Meg, who seemingly has the least conflict to deal with, but that wouldn’t be fair. Who’s to say a conventional, happy ending isn’t a way of commenting on the way society can play into a character’s standing in life, even when weighed against others? 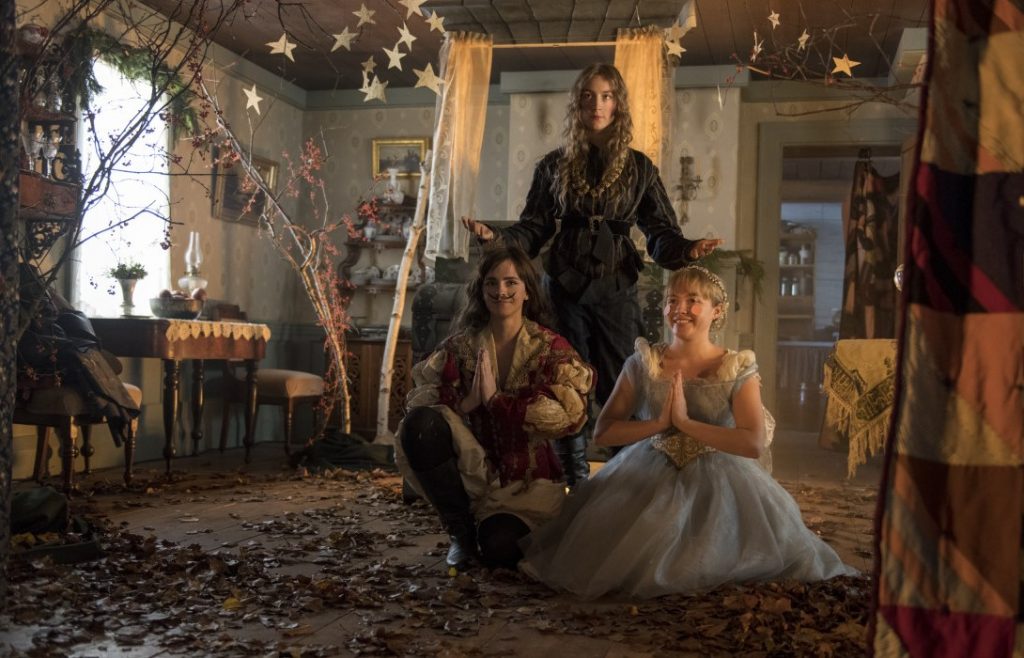 Still, regardless of which characters have the most screentime, there are a few guiding forces in the film focusing on family, being there for each other, a sense of intelligence-based independence, and strengths built through experience over what is dictated to another. All of that and Little Women never loses out on being a fun motion picture that could easily play to any audience. Whatever work was done by Gerwig and her crew to bring a 1860s novel to life with modern sensibilities, it paid off in holding onto the drama and deeper themes, while making it enjoyable.

On a technical level, Little Women is nothing to scoff at either. Being impressed by a period drama that has an attention to detail feels like a somewhat moot point to me (when was the last time a film like this had bad costuming?), but there is a blend of warm and cool pallets to distinguish the timelines appropriately, and sometimes even blur them. Additionally, much like Ladybird, the editing is spot on in maintaining focus and only holding onto scenes as long as needed. Editor Nick Houy is undoubtedly earning his stripes.

As a coming-of-age period comedy-drama, Little Women works so well that I haven’t even gotten to Chris Cooper’s delightful turn as a kindly next-door neighbor. The film relies on the strength of its talented cast to capture the mood of two separate periods and has a lot of fun playing into what makes these characters tick. There’s enough insertion of modern-day sensibilities to further add a unique feel to the film, without pushing things too far in an anachronistic direction. Really, amid the blockbusters, and Oscar-destined dramas designed to bring out the saddening feels, Little Women works as something bright, and mostly cheery, that also happens to be very good. 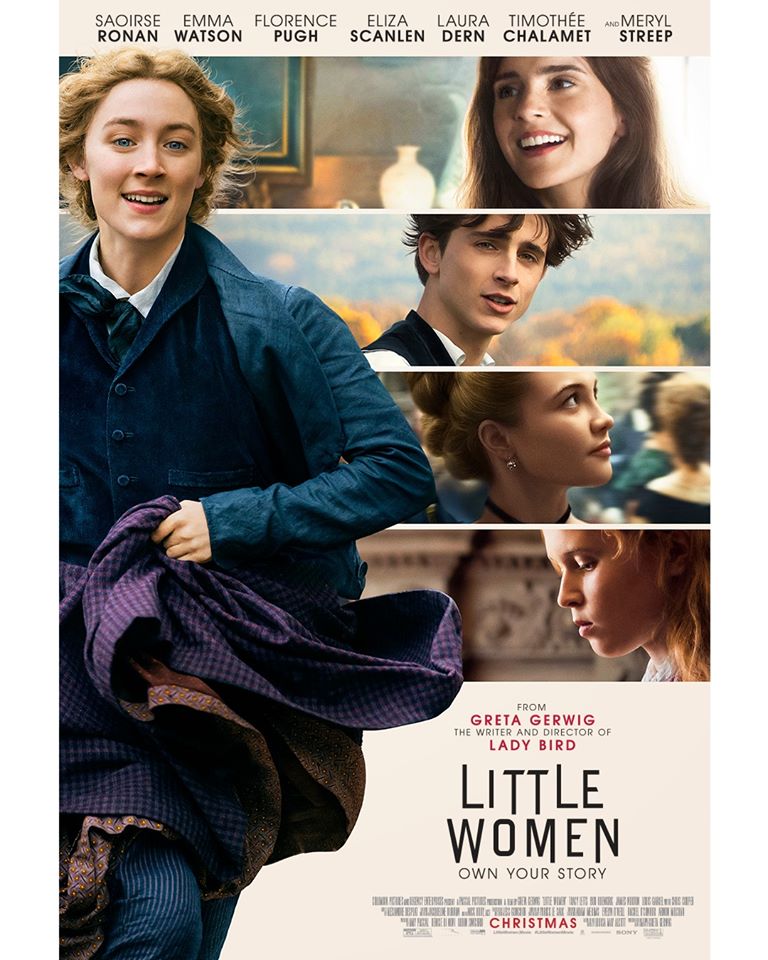 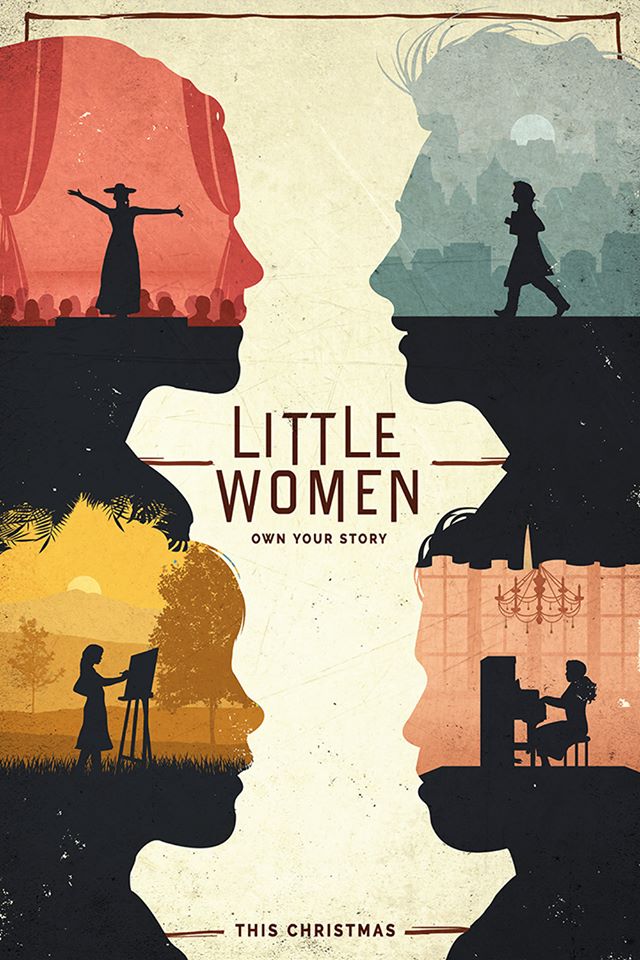