While 2015 was a year filled with some truly incredible cinematic experiences; we are always saddled with the truly painful and repulsive films that haunt our movie loving existence. This is my list of the Top 10 Worst Films of 2015. I would also like to note that I tend to avoid films that I think will be truly terrible, so my list may be missing some that you feel should really be on there. Let me know in the comments below what you think of my list.

Soccer moms everywhere were awaiting the release of the film adaptation of Fifty Shades of Grey. The film starring Dakota Johnson and Jamie Dornan was one of the most awkwardly painful experiences of 2015. With a story that relied completely on chemistry, this pair had none. The scenes that were meant to be extremely emotional came off as disconnected and distant. There were awkward pauses and stares in some of the most intense scenes, which really distracted the audience. I actually had people in my theater laughing at the film. Overall, the film was a mess and the performances were pretty terrible. Since there are supposed to be two more films, let’s hope they get it together. 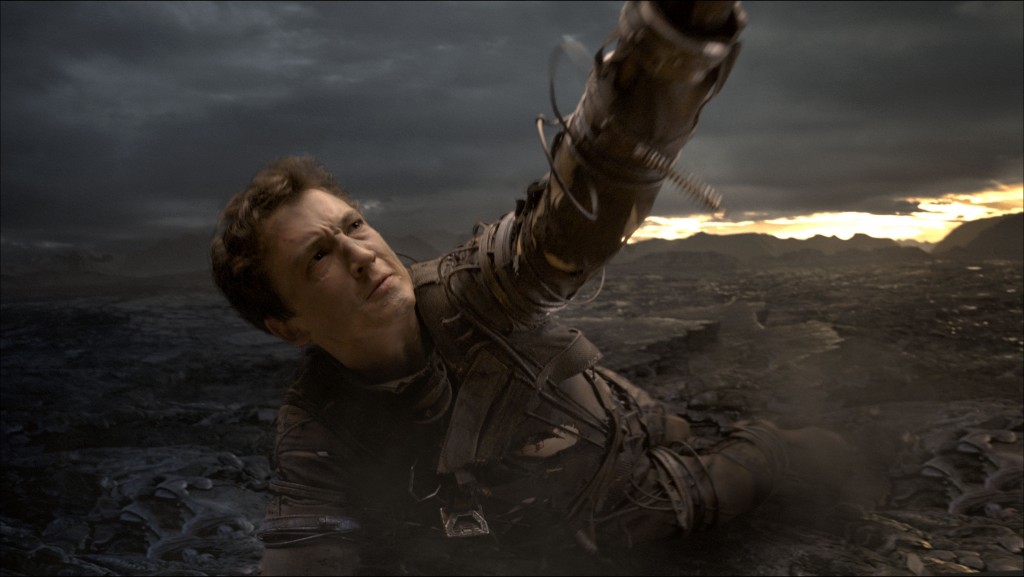 Fantastic Four… what can be said of Fantastic Four? Well, it certainly isn’t fantastic. Again, this is a film that really suffered from terrible performances dragging down an already pretty terrible story. The biggest problem in this film is the fact that NOTHING HAPPENS. For the majority of the film, which is a superhero film, NOTHING HAPPENS. It was so incredibly boring and painful to watch that I actually debated walking out of a film. The last film I did that with was You, Me and Dupree in 2006. The performances are weak and the story is boring and that is the worst type of superhero movie you can have is a boring one. 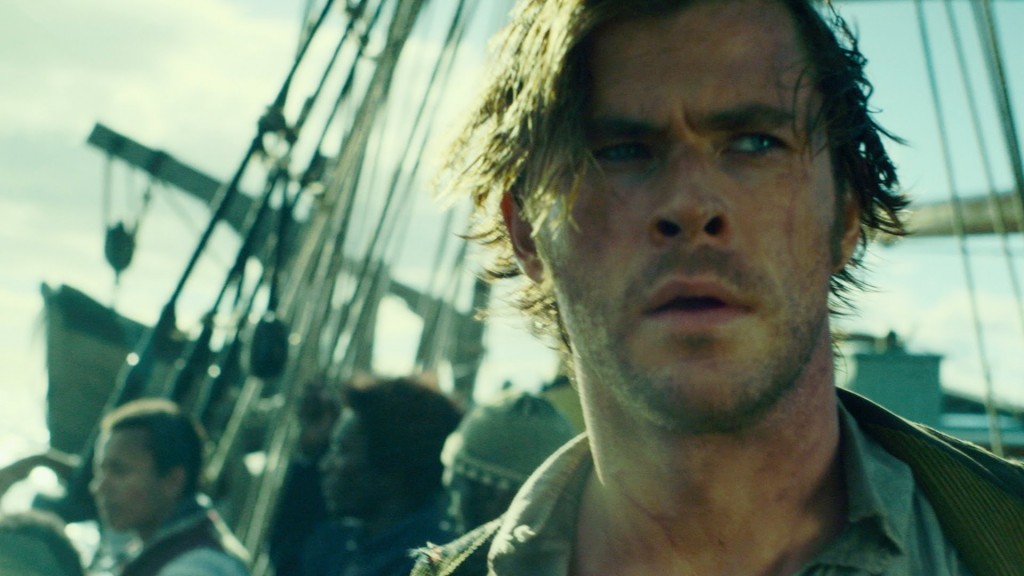 Chris Hemsworth… such a beautiful man. Such a mediocre performance. You expect a certain level of film from Ron Howard, but here, what you are left with is a CGI mess. The acting is pretty terrible, particularly by the supporting actors. There are scenes where it is glaringly terrible. Chris Hemsworth really struggles with his accent and going back and forth between New England and some other weird variation. The CGI is pretty horrifying. In a film that takes place a lot in water, the water doesn’t even look real. The story isn’t bad, but come on, it is based on one of the greatest American novels ever written. Overall, it was just a big disappointing mess of a film. 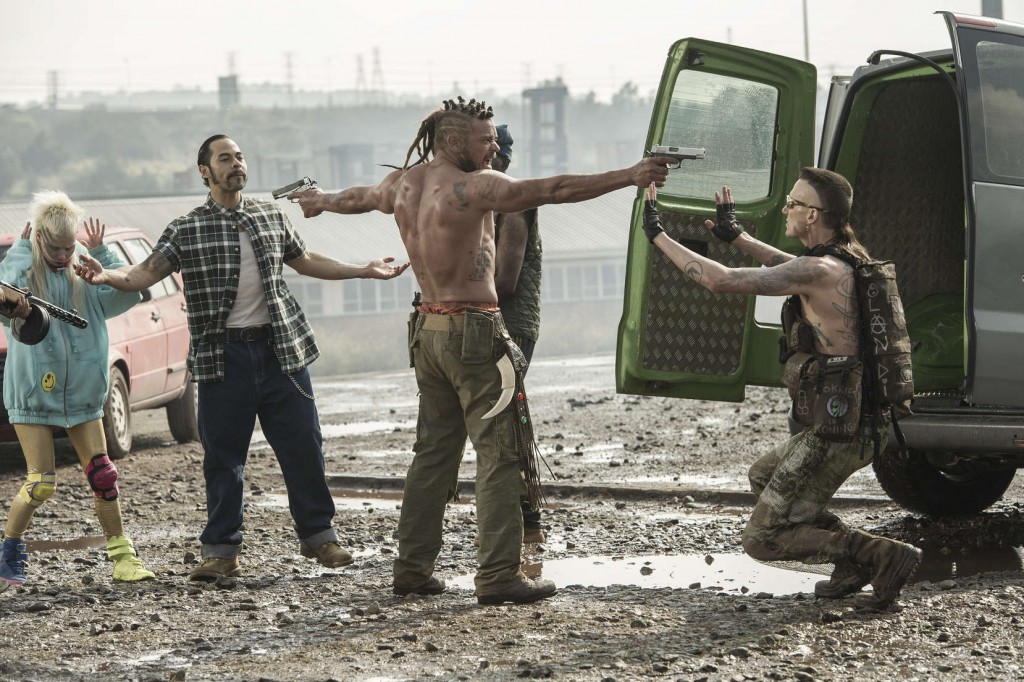 Neill Blomkamp has come out with some pretty great films such as District 9 and Elysium, so you can imagine my excitement when a new Blomkamp film was coming out AND had Hugh Jackman in it. Boy, oh boy, was I disappointed. The film was not great, but what made it incredibly torturous and intolerable were the over-exaggerated characters of Ninja and Yo-Landi. They were way too over the top and in your face; so much so that it was repulsive. Also, I could do without seeing a mullet on Hugh Jackman for like EVER. The scenes where Chappie was trying to be a “gangster” were probably some of the worst. Dev Patel was great as usual, but the rest of the film was a painful mess. 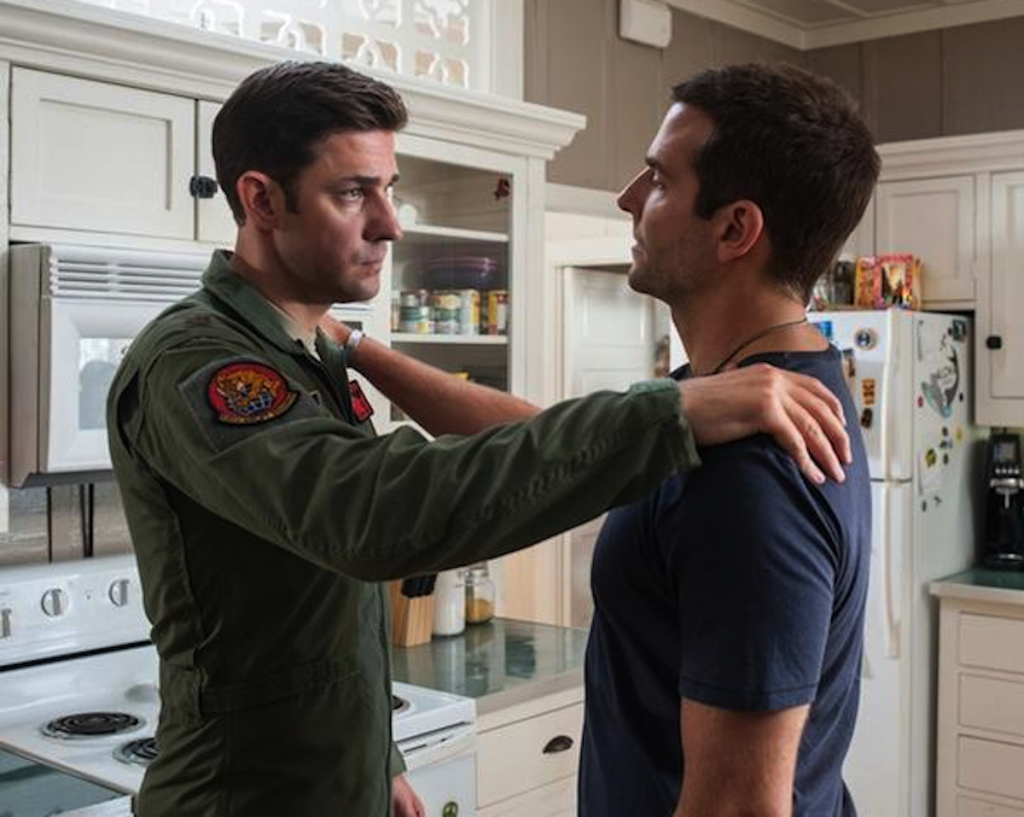 Bradley Cooper and Emma Stone AND Rachel McAdams … be still my little pumpkin spice latte, UGG wearing, basic white girl self. How could it not be incredible? Oh, in a whole lot of ways, one of which being Emma Stone trying desperately to prove she’s Hawaiian in the film. This film suffered from the same problem as Fantastic Four in that NOTHING happens. The real interesting part of the film doesn’t even happen until the last 15 minutes of the film. The main plot point with what Bradley Cooper is doing there isn’t revealed until the end. I was so disinterested in the story, that during a hugely emotional scene in the film, I was more interested in John Krasinski and the major wedgie that his coveralls were giving him. The performances are okay, but the story is just too incredibly boring to even tolerate. 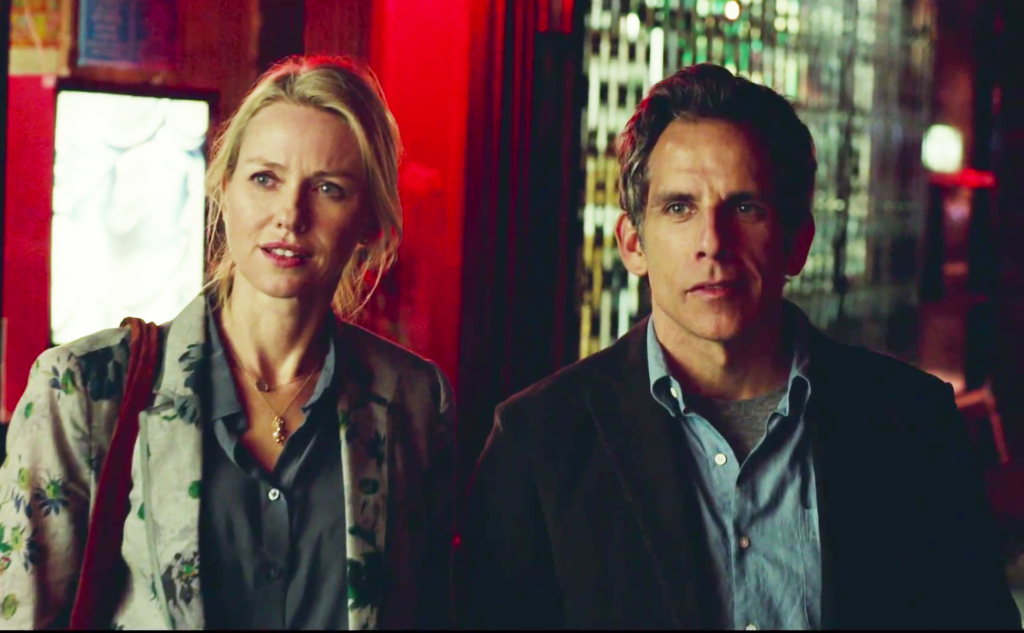 I HATE NOAH BAUMBACH. I’ve hated every single one of his films and I know people are going to disagree with me on this. I cannot stand his overhyped self-indulgent hipster BULLSHIT. Phew. This film is just boring and uninteresting with selfish and annoying characters. The story is seemingly pointless. I just can’t even understand the appeal that this film has for people. Ben Stiller and Naomi Watts play older characters trying to regain their youthfulness by living through Adam Driver and Amanda Seyfried’s characters. It is uninteresting and bloated. The problem is that it tries to run with two plotlines, one of Ben Stiller trying to feel young again and the other about the production of a documentary. Ultimately, the second one is pointless and only detracts from the first plot line.

4. We Are Your Friends 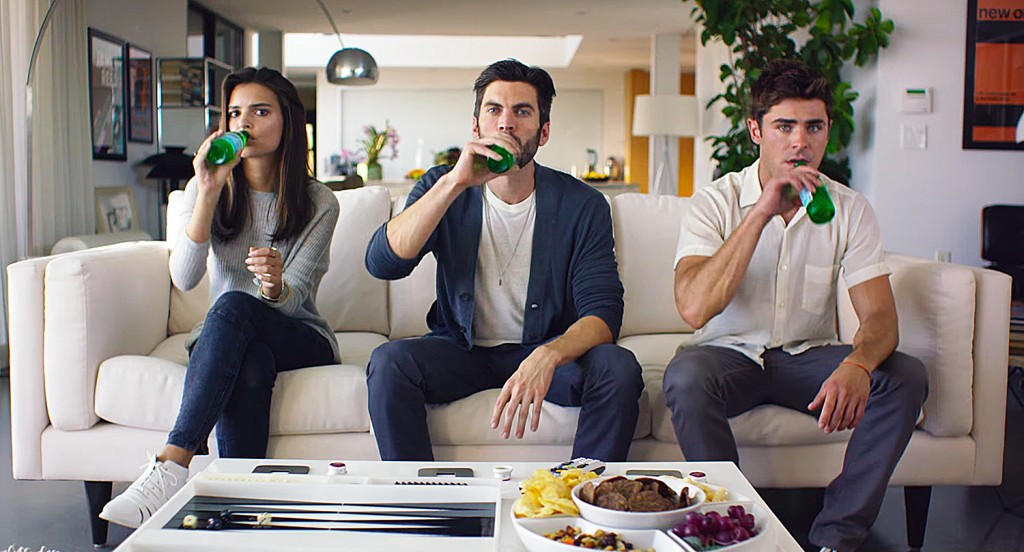 Zac Efron stars in a film about a DJ set in the San Fernando Valley in California. He hangs out with his friends as they try to make something of themselves in the club scene and are genuinely lost in life. The performances are okay, but the film lacks emotion. There are scenes in which some really depressing and serious events occur, and I had no emotional reaction, and I cry at EVERYTHING. The sad part is that the film does do some really interesting visual tricks. There is a scene where Zac Efron is at an art gallery and is on drugs and the colors of the paintings start to leak off the walls and climb onto people, turning them into animations. It looks really awesome and I wish there were more parts like that, which showed creativity. The film in general falls very flat and by the end, you are just begging for it to be over. 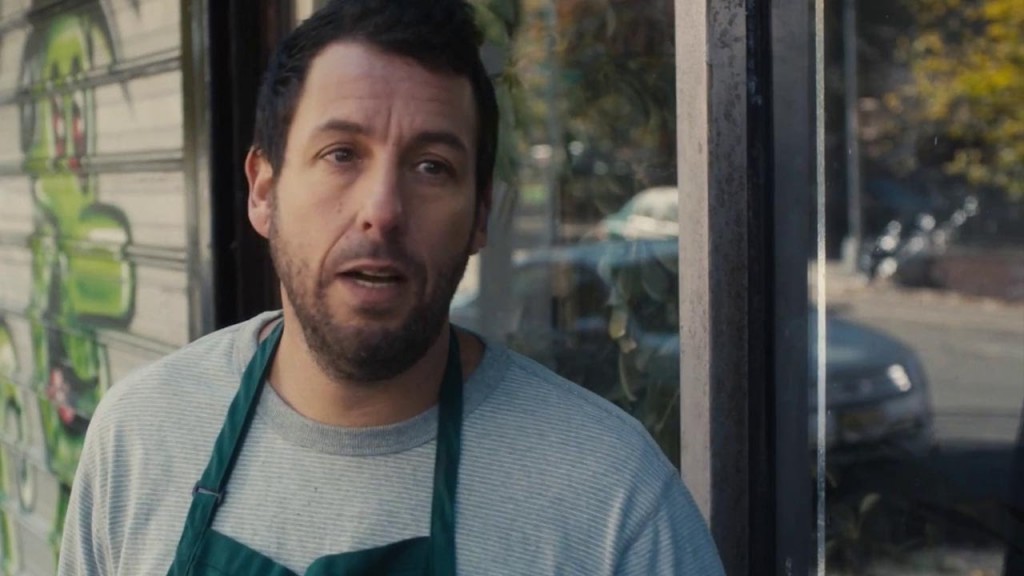 Oh, Adam Sandler. I did love you at one point but you are KILLING ME with these films lately. They are terrible. Just terrible. The pacing is this film is really bad. The movie feels so long and boring. By 45 minutes into the film, you feel like nothing has happened. I felt like I didn’t even care about anyone in this film and just was begging for it to end. There is nothing really redeemable about this film. It is just another nail in the coffin for the career of Adam Sandler. 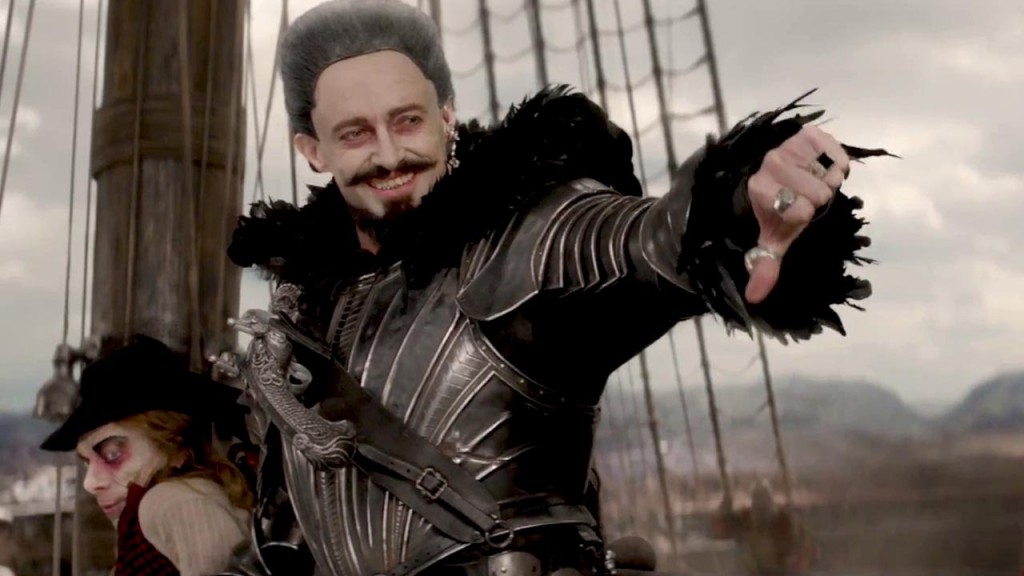 What the hell?! This movie had no clue what it wanted to be. There are so many things wrong with the film, that it is even difficult to collect my thoughts. The performances by all actors were pretty terrible, but none worse than Hugh Jackman as Blackbeard. His costumes were horrendous, his make up pretty bad, and the wig. Don’t get me started on the wig. Some scenes were totally out of place, but none more than the scene in which someone thought it was a good idea to have an entire quarry full of children sing “Nevermind” by Nirvana. It was completely out of place and completely alienated the audience from the film. By the end, I didn’t care what the hell happened to anyone. I just wanted to get out of the theater and try to cleanse my mind of this atrocity. Hugh Jackman, please get back to your glory days and stop doing crap like this. 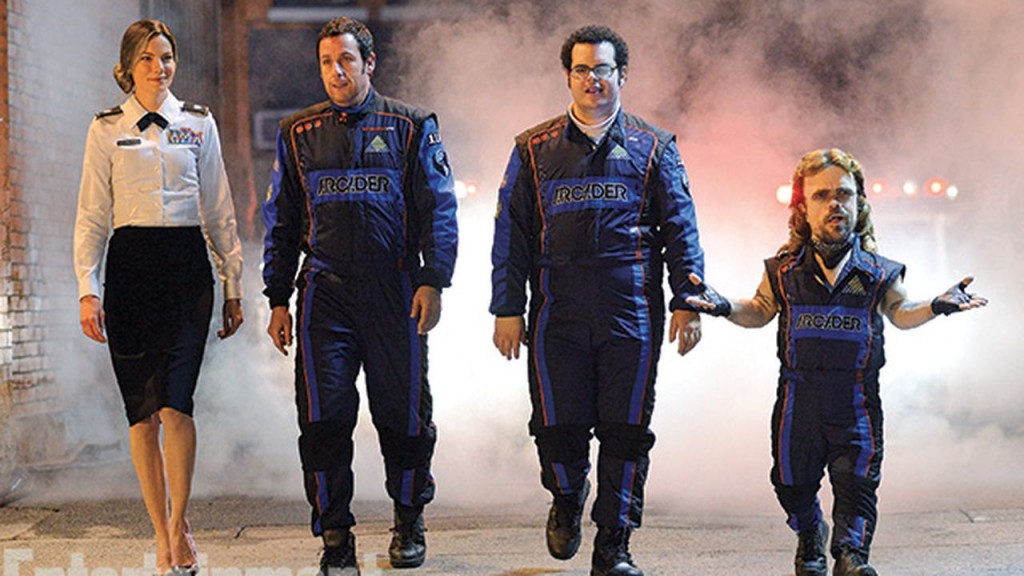 Adam Sandler does it again. This film is a piece of crap. A big giant stinky piece of crap. Adam Sandler managed to take a beloved piece of American pop culture and crap ALL OVER IT. The basis of the film is stupid; we all know that, but there could be a funny children’s movie somewhere, but not here. We are left with awkwardly painful scenes where weird and unexplainable events happen. Is no one even going to mention how CREEPY Josh Gad getting with an animated female character is? Or the fact that Qubert turns into that female animated character and they have little Quberts at the end? That’s weird and creepy. For once, Adam Sandler isn’t the worst part of the film. The worst part of this film by far is Peter Dinklage and his character. He plays this scuzzy dirtbag gamer who is pardoned from jail to help fight the aliens. Every word out of his mouth is disgusting and gross. The character is completely terrible and over exaggerated. Pixels is by far the WORST film of 2015.

The Worst Films of 2015 by Ashley Menzel

The Worst Films of 2015 While 2015 was a year filled with some truly incredible cinematic experiences; we are always saddled with the truly painful and repulsive films that haunt our movie loving existence. This is my list of the Top 10 W...
0
Average User Rating
0 votes
Please sign in to rate.