The Zookeeper’s Wife Review: A Beautiful Tale of the Strength of the Human Spirit

The Zookeeper’s Wife tells the incredible true story of the keepers of the Warsaw Zoo, Antonina (Jessica Chastain) and Jan Zabinski (Johan Heldenbergh). With the use of their zoo, they managed to hide and save hundreds of Jewish people during the German invasion and occupation. Though surrounded and frequently visited by Nazis and Lutz Heck (Daniel Brühl), the Fuhrer’s lead zoologist, they manage to help and conceal many Jewish people seeking refuge. 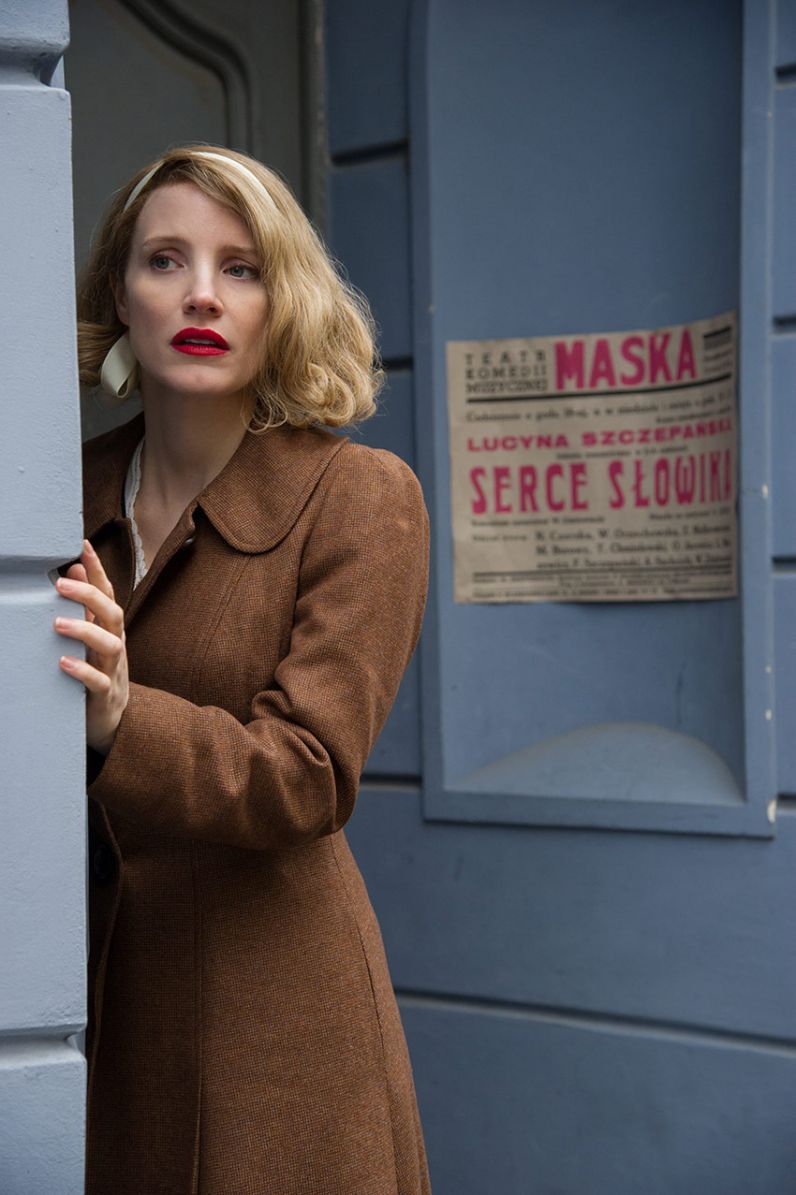 This film is a reminder of the kindness and humanity that exists and thrives despite the worst circumstances imaginable. Jessica Chastain is spell-binding as Antonina. From her first moment on-screen until the very end of the film, you are captivated by her. Everything from her mannerisms to her accent is incredible. Johan Heldenbergh is fantastic as Jan and a perfect balance to Antonina. His performance is nuanced and balances many emotions and roles as a father, husband, and member of the community.

Daniel Brühl’s performance as Lutz is bone-chilling. He is terrifying and exudes an instability that never sits well and keeps you on edge the entire movie. He plays this character with an ease and really brings a level of true fear and terror to the film. All the other actors in the film were phenomenal as well. Every performance was heartfelt, demonstrating the true dedication and love that all those involved must have felt. It definitely showed in the end result. While the supporting cast is great, I must note that Shira Haas gives an incredible performance as Urszula. The scene in which she sings is raw with emotion and drills to the core of your soul.

The cinematography and the filming of the animals is a thing of beauty. There is such a love and a passion for the film that comes through from start to finish. I can’t imagine how difficult it must’ve been to coordinate all of the animals in the film, but the result was striking. There is a scene where Antonina thinks that it is snowing and she walks outside to find out what it is. That scene is hauntingly beautiful. I found that everything in the film served a purpose. There were no superfluous scenes of overexaggerated dialogue or violence. It struck a perfect balance to show you both the humanity and the inhumanity during a time of war. The pacing of the story was spot on. There was ample time given to the development of the relationships between all the characters involved. It gave you just enough time to feel every emotion intended in the film.

The Zookeeper’s Wife is a beautifully poignant tale of the kindness and humanity of people even in the darkest of times. Beautiful cinematography, incredible storytelling, and a mesmerizing performance by Jessica Chastain make The Zookeeper’s Wife a film for the ages. The Zabinski’s are an inspiration and whose story should never be forgotten.

“The Zookeeper’s Wife” Review: A Beautiful Tale of the Strength of the Human Spirit

The Zookeeper's Wife Review: A Beautiful Tale of the Strength of the Human Spirit The Zookeeper's Wife tells the incredible true story of the keepers of the Warsaw Zoo, Antonina (Jessica Chastain) and Jan Zabinski (Johan Heldenbergh). Wi...
0
Average User Rating
0 votes
Please sign in to rate.