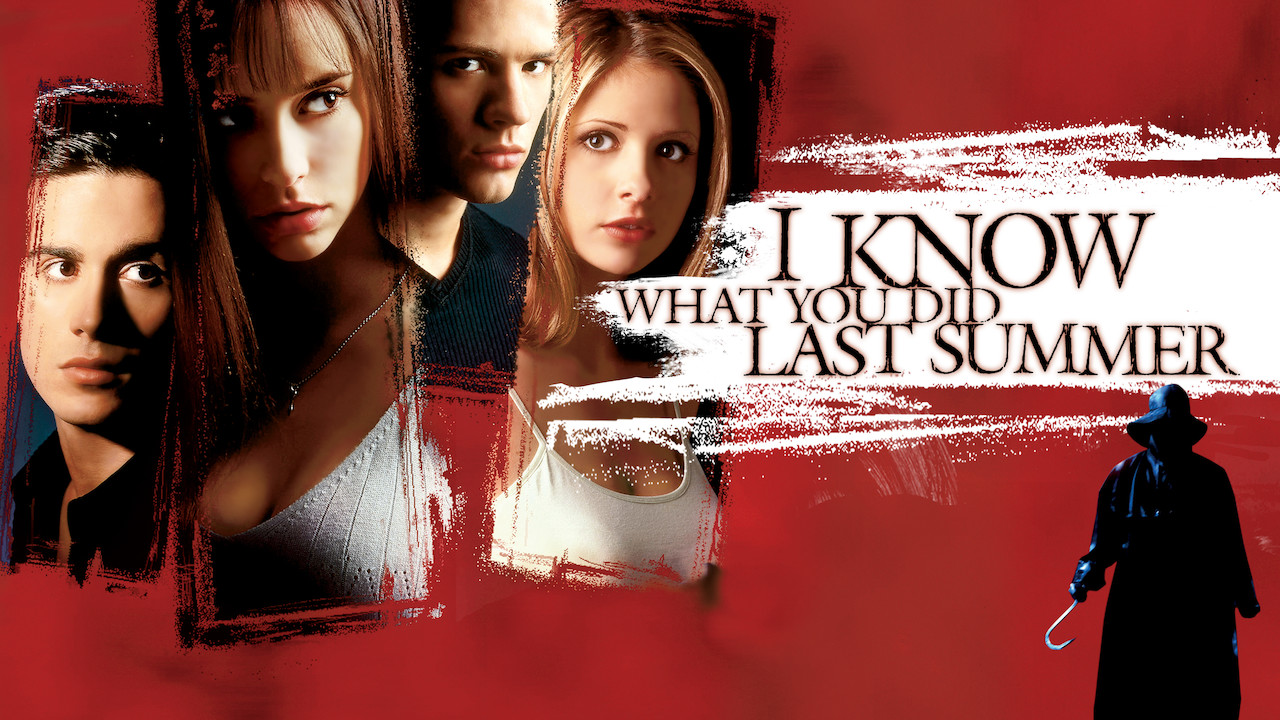 Thirsty Thursdays 97: I Know What You Did Last Summer

We may be in August but summer isn’t over yet and I’d be remiss in my Thirsty ‘97 duties if I didn’t review the most iconic summer movie to come out that year: I Know What You Did Last Summer. Cast in the vein of ‘80s features like When a Stranger Calls or He Knows You’re Alone and based on the novel by every teen’s favorite writer, Lois Duncan, I Know What You Did Last Summer ushered in the wave of teen dramas that would dominate the entire decade and beyond.

It’s amazing to watch this in 2019 because it’s both incredibly tame and incredibly silly, especially considering Wes Craven’s Scream had changed the slasher game the year before. It could be that, unlike Scream which was aimed at adults, I Know What You Did Last Summer seemed to be focusing more firmly on teens (or at least teens who could sneak in due to the film’s R-rating). But no matter how inane the plot is, I Know What You Did Last Summer is a landmark title for giving us a bevy of beautifully good-looking actors we’d come to love and embrace.

On the 4th of July, four friends are celebrating their final summer together before graduating from high school. While partying they accidentally hit a man with their car and kill him. Their futures in jeopardy they decide to dump the body in the ocean and pretend it never happened. But somebody knows what they did, and when they return the next year the killer is plotting his revenge. 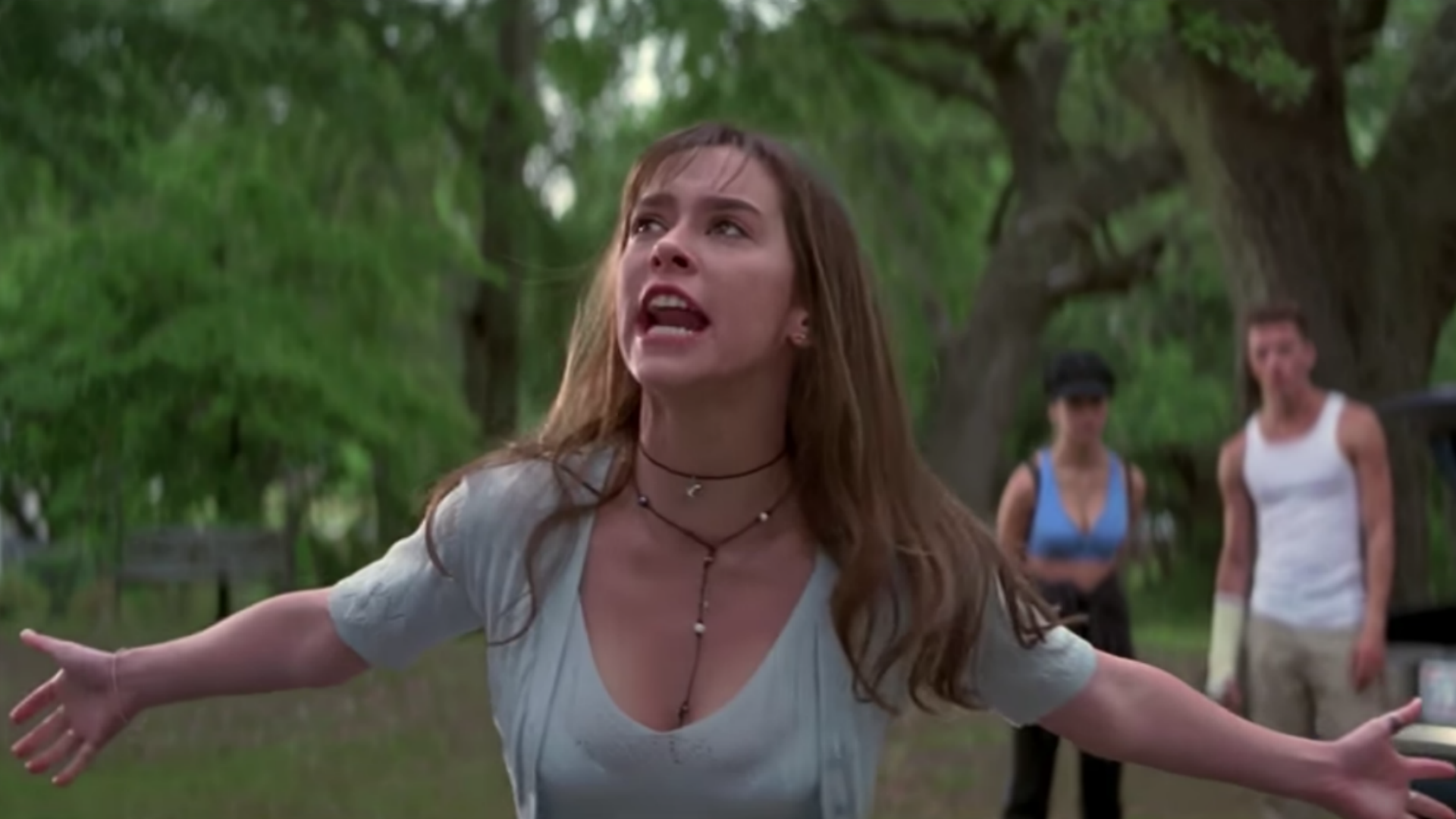 This adaptation was a proving ground for the bankability of all its teen stars, but none more so than actress Jennifer Love Hewitt. Prior to this film, she was best known for her role on the television melodrama Party of Five and upon initially hearing about the project she auditioned for the role of Helen, the good-time beauty queen. Instead, she plays the quiet, mild Julie James, the good girl torn between her high school sweetheart and her desire to go to college in the city.

Much of the character of Julie goes against what we now know about JJL. Here she’s layered in sweaters and ankle-length skirts, almost as if the character (or, more accurately the production) fear her sexuality will overshadow everyone else. JJL has the dominance to pull the character off, particularly once Julie says screw it and decides to figure out who the killer is, but she never comes off as believable. It’s like putting Marilyn Monroe in glasses and expecting us not to see she’s gorgeous. By the time of the film’s eventual sequel, 1998’s I Still Know What You Did Last Summer, JJL’s (and by extension Julie James’) prudery went out the window. 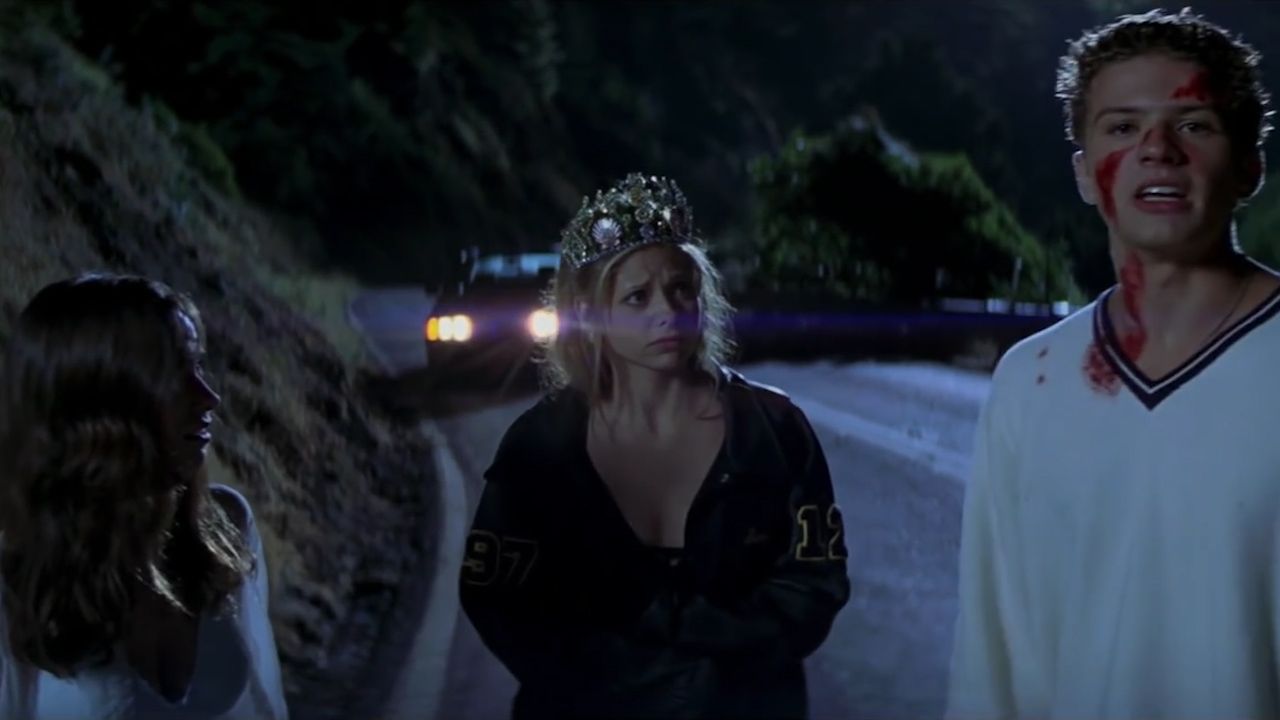 From Buffy to Beauty Queen

Speaking of women who were best known for television, I Know What You Did Last Summer put Sarah Michelle Gellar on the big screen. Up to this point, Gellar had been a television actress and just seven months before this she broke out in a big way as the heroine in Joss Whedon’s Buffy the Vampire Slayer. For many fans of that series, I Know What You Did Last Summer was the first time they would get to see Buffy Summers, aka SMG, in a movie theater.

It’d be interesting to hear how fans of Buffy reacted upon seeing this because Gellar’s role of Helen Shivers isn’t exactly in line with Buffy. The name alone is laughable and indicative of how the book didn’t exactly translate well to the screen. Gellar is utterly lovely, but her character is just that: the big-busted beauty who screams and runs. She’s also dating a total pratt in Ryan Phillippe’s character of Barry. But it showed us that Gellar had range, small as it was. She could be a scream queen if she wanted to, but really we were just waiting for her to kick ass on the small screen. 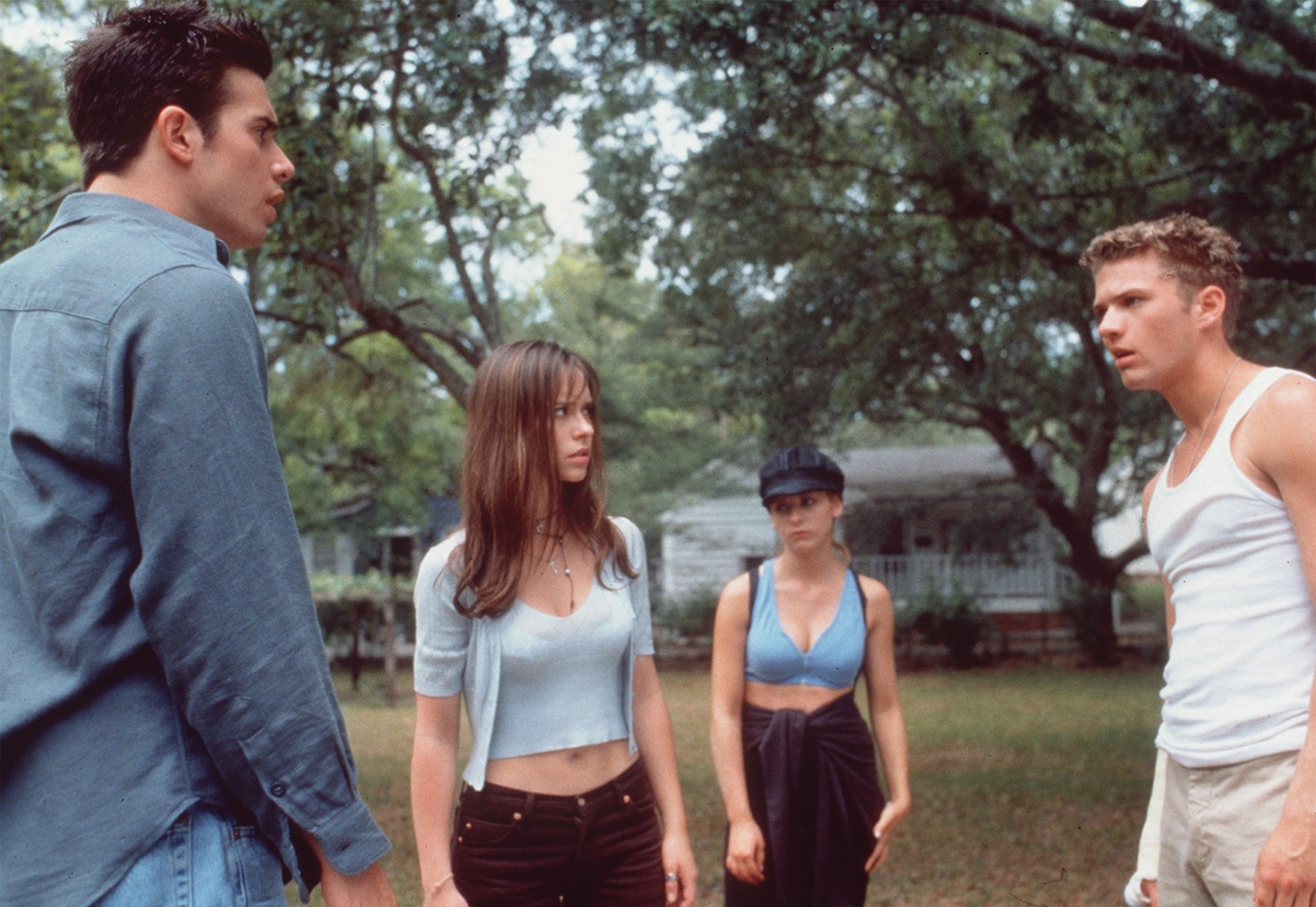 The Guys Are Alright

And we can’t forget our pretty boys, who would end up using this role as a launchpad for their own successive careers as matinee idols. Neither Phillippe nor Freddie Prinze, Jr. were household names prior to making this, dabbling in television and independent films. Really, each was cast because of their chiseled good looks and ability to make girls swoon. They’re even delineated perfectly for teen girl consumption, Phillippe playing the hot-headed bad boy (a role he’d perfect two years later with Cruel Intentions) while Prinze, Jr. was the sensitive romantic leading man.

You might be saying, “Kristen, you didn’t actually discuss the movie.” That’s true, but what makes this an entry in Thirsty ‘97 is that the movie doesn’t really care. The plot is standard horror movie fare to keep your eyes focused on the cast. It’s a slasher movie that its stars would use as proof of their bankability in better projects. Shut up and look at the stars!

Thirsty Thursdays 97: I Know What You Did Last Summer

Thirsty Thursdays 97: I Know What You Did Last Summer We may be in August but summer isn’t over yet and I’d be remiss in my Thirsty ‘97 duties if I didn’t review the most iconic summer movie to come out that year: I Know What You Did Las...
0
Average User Rating
0 votes
Please sign in to rate.
Cast:Freddie Prinze Jr., Jennifer Love Hewitt, Ryan Phillippe, Sarah Michelle Gellar