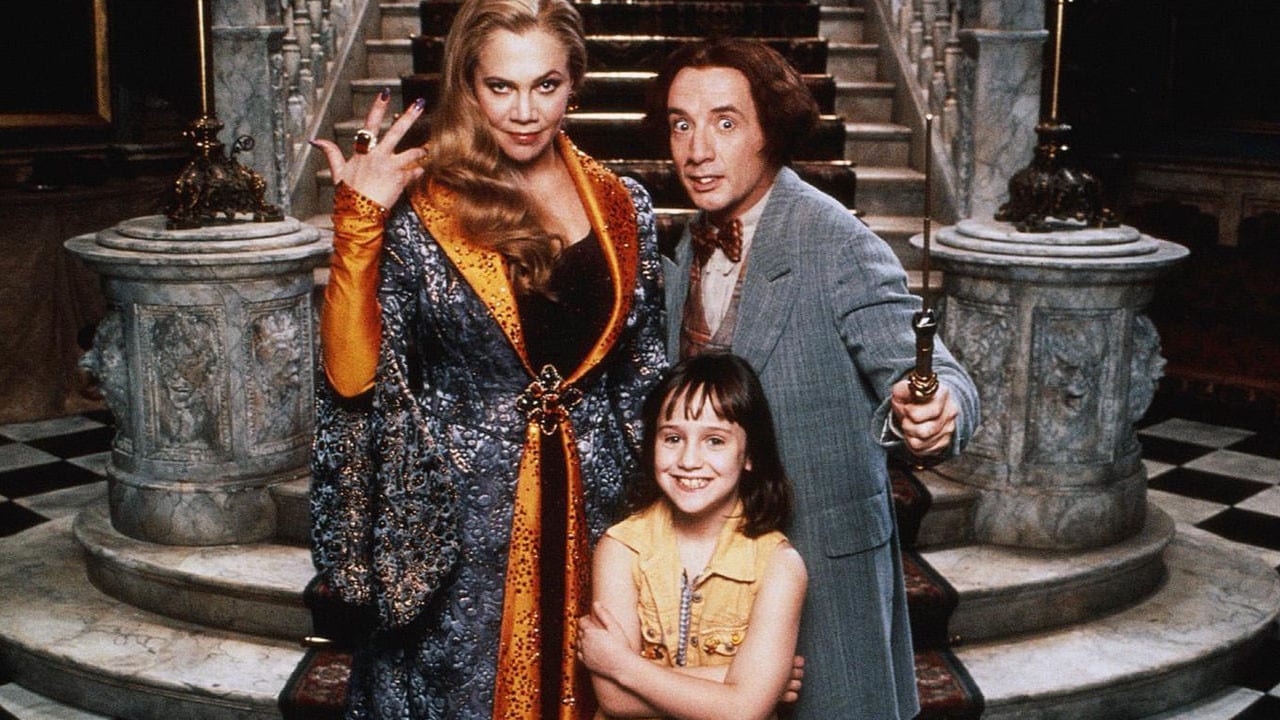 We’re back with another installment of Thirsty ‘97 on Thirst-day and we’re going back to our childhoods. Children’s movies in the 1990s have their own cache, maybe because us millennials have spent the last 20 years immortalizing it (don’t @ me). But it’s interesting to revisit movies from the past with the benefit of adulthood and realize the things you love now were foreshadowed decades prior. Take A Simple Wish.

A Simple Wish came and went in the summer of 1997 (I didn’t realize it until right now, but it officially turns 22 next week) and did little for the careers of any of its leads. In fact, it’s doubtful any of them even lay claim to this. Directed by Michael Ritchie – yes, the guy who made Fletch– the film follows a little girl named Anabel (played by the 1990s equivalent of Shirley Temple, Mara Wilson) who discovers she has a fairy godmother…er, godfather named Murray (Martin Short). When all the fairy godmothers wands are stolen by the evil Claudia (Kathleen Turner), it’s up to Anabel and Murray to save the day.

Kathleen Turner and the Wicked Witch of A Simple Wish 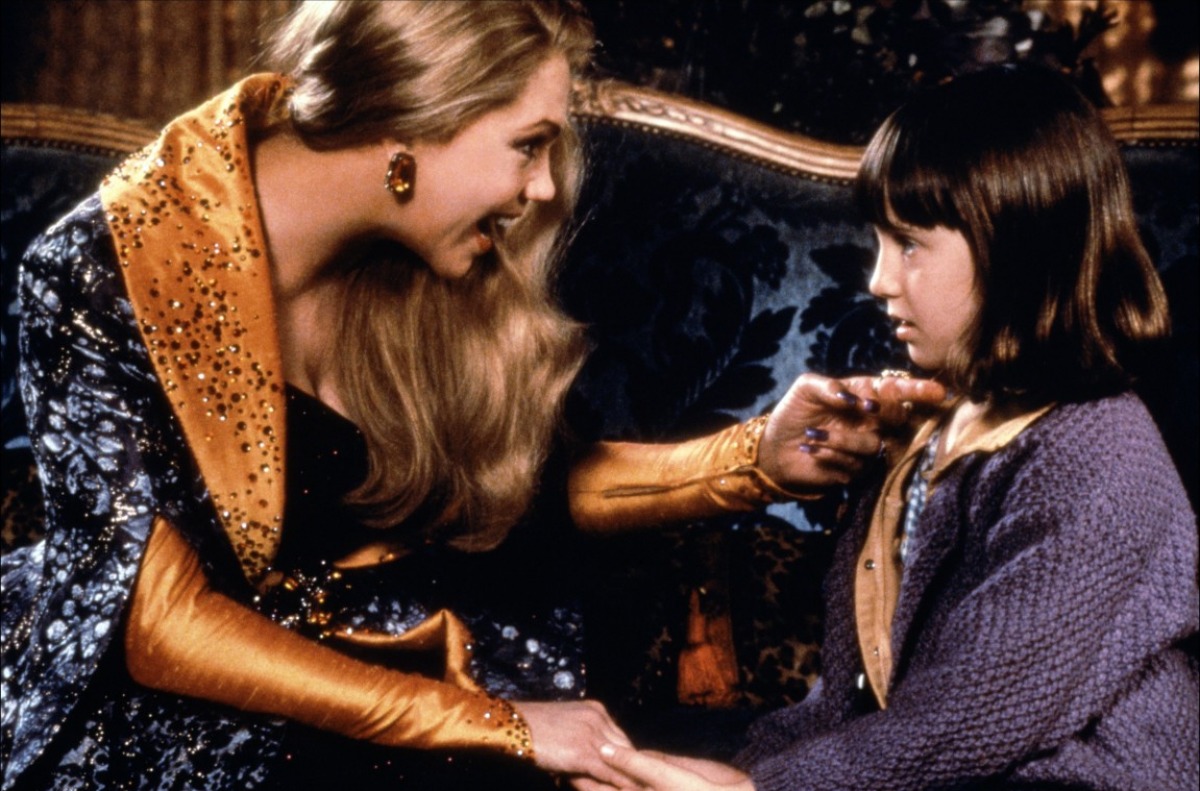 Really, A Simple Wish’s thirst quotient completely hinges on Kathleen Turner’s Claudia. Like that legendary Disney villainess, Cruella De Ville, Claudia hates children, happiness, and is pretty relatable to women today. She’s gone to the “dark side” and she doesn’t care a whit! As the head of the fairy godmothers tells her, Claudia was using her powers for “her own selfish purposes” and who can blame her? Turner cultivated an air of playing femme fatales and here’s one aimed squarely at young girls. A femme fatale for the tween age.

There’s hubris in the fact that she’s more powerful than everyone else, including Anabel’s beleaguered fairy godfather, Murray. At one point Claudia says sending a man to do a woman’s job always ends in disaster. As a child, there was something so thrilling in hearing a woman declare the unfairness of sexism. In fact, because she’s so obviously meant to espouse the ‘40s femme fatale it makes sense that she’s defeated in the end. Like all good noirs the femme fatale is just too evil (and amazing) to succeed. She has to be stopped by the patriarchy, by conformity, etc.

Her desire to be a Disney villain meets a ‘40s femme fatale is why Claudia ends up being so memorable. Her entry into the feature sees her in one of several sweeping outfits with all the grandiosity of Ursula or any other Disney queen. Complete with her trusty companion, Boots (played by Amanda Plummer), Claudia is dignified, regal, and oh so bad. “Do I look like a witch,” she says. Her unrepentant glee is just so seductive.

She derides the fact that all the godmothers are “about 70.” She’s young, attractive, who can blame her for wanting some power? She openly bemoans the “insipid little wishes” of the children she once cared for, and elements of pristine femininity – like Anabel’s interest in ballet – disgusts her. During the finale, one of the elements of her twisted logic is to make Anabel’s “wish” come true, transforming her into a ballerina who can’t stop dancing. 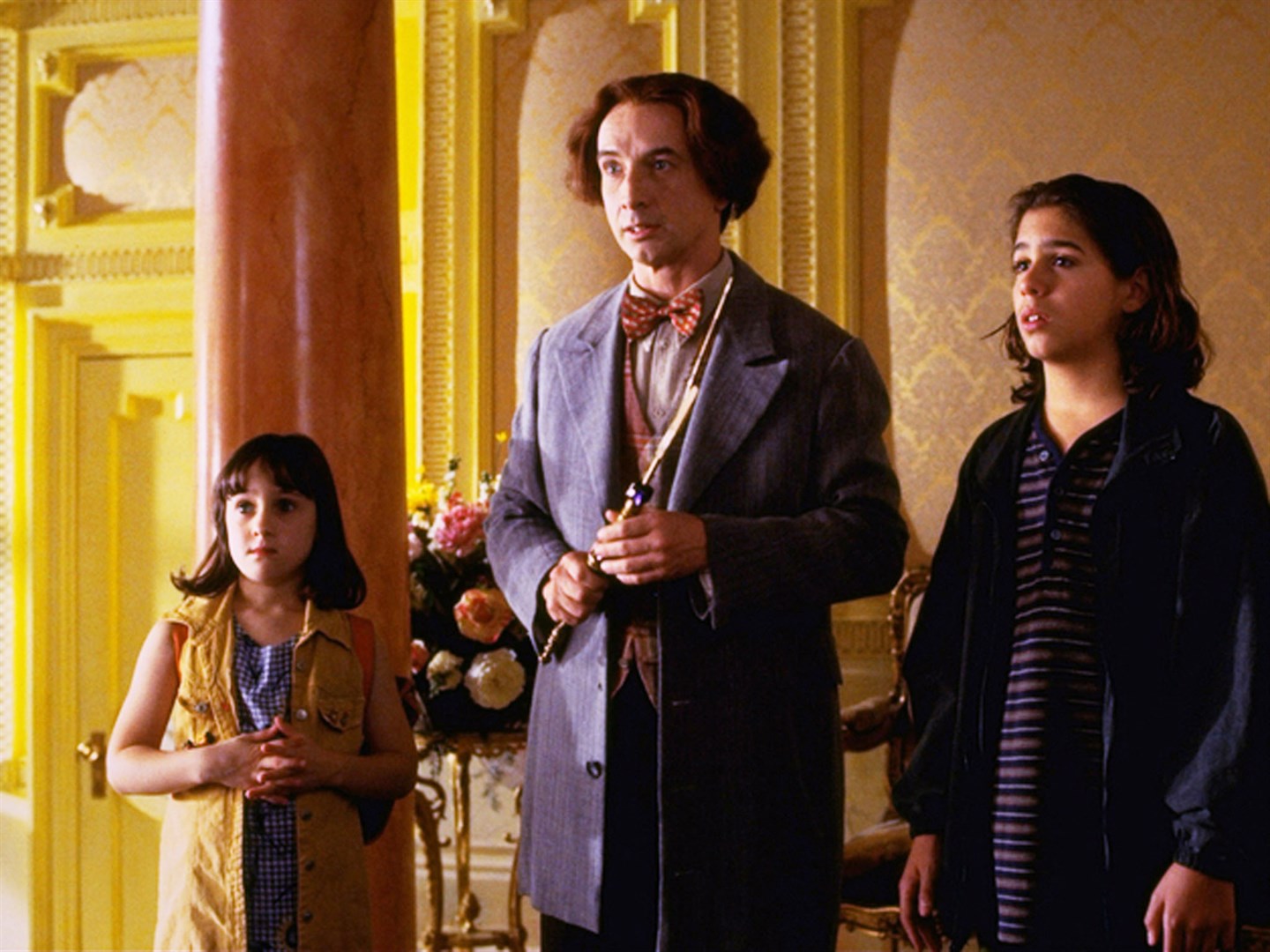 I can’t prove it but it appears the fashion inspiration for Turner’s character is that of 1940s actress Veronica Lake, specifically her work in the 1942 romantic comedy, I Married a Witch. In that film, Lake plays a scheming Salem witch who eventually becomes lovesick over a man (played by Fredric March). No doubt Claudia would have scoffed at Lake’s character and watched March wriggle like a worm. As a possible homage to Lake, Turner is given Lake’s same peekaboo hairstyle over one shoulder, an icon saluting another icon.

Claudia is vain, selfish, dominating, and that’s what makes her a legend. (Then again, Kathleen Turner herself is a legend so that only enhances the appeal.) It’s strange to be revisiting a children’s film with thirst in mind, but that was 1997 for you; the sexiness of the year permeated every genre of film.

Thirsty Thursdays:  A Simple Wish We’re back with another installment of Thirsty ‘97 on Thirst-day and we’re going back to our childhoods. Children’s movies in the 1990s have their own cache, maybe because us millennials have spent the ...
0
Average User Rating
0 votes
Please sign in to rate.
Cast:Kathleen Turner, Mara Wilson, Martin Short, Robert Pastorelli
Director(s):Michael Ritchie
Writer(s):Jeff Rothberg
Genre:Comedy, Family