This is the End Review

Filmmaking pals Seth Rogen and Evan Goldberg make their directorial debuts with This is the End, a comedy written and produced by both of them as well. End is a high-concept film that gathers many comedic actors together in order to face The Apocalypse together. The main cast includes Rogen, Jay Baruchel, James Franco, Jonah Hill, Danny McBride, and Craig Robinson, who are all playing exaggerated versions of themselves. If you enjoy these actors and their brand of humor, you will likely love End. If not, then you will likely dismiss it. These comedians have admittedly made some duds in the past, but they’ve also made some gems as well, which is why I generally find them to be entertaining. End succeeds greatly by jamming them all into a film together, providing a machine gun spray of their brand of jokes.

End mostly focuses on Rogen and his long-time buddy Baruchel, who is in Los Angeles for the weekend to visit Rogen. After the two go to a party at Franco’s new house, fiery holes begin to appear in the ground and the hills start to burn. As soon as the apocalyptic chaos settles down a bit, the six main actors listed beforehand wind up barricaded inside of Franco’s house. The actors then struggle to survive as they realize the world may be coming to an end.

Where End really succeeds is with its clever concept, spinning the end-of-the-world premise and running with it. The main idea of having all of these actors riffing on themselves is nothing super-new, as actors quite frequently seem to play themselves with a comedic touch nowadays. But mixing this cast, the self-deprecating humor, multiple celebrity cameos, stabs at and jokes about Hollywood and past movies, and the apocalyptic setting makes End feel fresh and audacious.

The script was probably less a script than a collection of small ideas, but the actors have a lot of steam when working off of such ideas and improving continuously. The comedy contains smart pokes at the personalities of the actors (and great nods to their past work) and the celebrity lifestyles in general. The chemistry of the actors and the self-reflection among them also suggests interesting hints at how they see their careers right now.

But the film also contains A LOT of tasteless and raunchy humor, including jokes about penises, ejaculation, usage of drugs, rape, cannibalism, etc. There is also plenty of comedy revolving around certain religious beliefs, which will surely piss off a lot of people. Much of this side of the comedy, especially with the penis jokes, is a bit obvious and repetitive at times. Still, the ending results are insane, gross, and (especially) hilarious all at once.

The film mostly soars for its kind because of the actors. No one really slacks here, and everyone is having a grand ol’ time making fun of themselves and each other. Rogen has his usual likability and goofiness (and stoner laugh), while Baruchel does well at playing out how he is less a part of the circle than everyone else. Robinson is mostly the big-and-cuddly one (who wears a funny shirt throughout the film), while Hill plays off of his “nice persona” like a champ – allowing for some subtlety and creepiness to be presented in his character. Franco, who is generally less associated with comedy than the others, also does very well; it is especially hilarious to see the cast make fun of Franco’s supposed love of art and props. McBride easily comes across as the rudest character of the bunch, becoming less and less humane as the film moves on. The actor expertly dishes out vulgar jokes left and right, and somehow manages to almost scene-steal from the others on occasion. Others that pop up in the film include Michael Cera, Rihanna, and Emma Watson, though they are less amusing than some surprise cameos that are sprinkled in.

Even better with End is that it actually contains a few tense and almost-scary moments that are occasionally played seriously. These moments are surprisingly effective, though they never spoil the funny or heartfelt ones or cause an unbalance. The visual effects aid such scenes as well, as they are very good for being in a comedy (a few creatures are quite detailed). The soundtrack is top-notch too, with a dramatic score cued for the serious moments and terrific songs fitting for the others.

End gets a lot of mileage out of its concept and the workings of its stars. I personally found the film to be hilarious and refreshingly different in some ways, though I did feel uncomfortable at times and found a few jokes to fall flat. I could understand how some people may find End to just be too rude and almost self-promotional, but I found the movie to have a lot going for it. I also haven’t laughed so much in a theater in a long time. 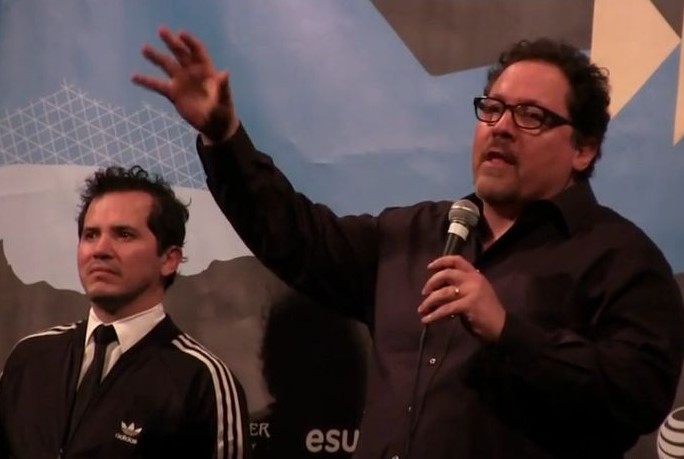 “This is the End” – Review by Daniel Rester

This is the End Review by Daniel Rester             Filmmaking pals Seth Rogen and Evan Goldberg make their directorial debuts with This is the End, a comedy written and produced by both of them as well. End is a high-concept film that...
0
Average User Rating
0 votes
Please sign in to rate.