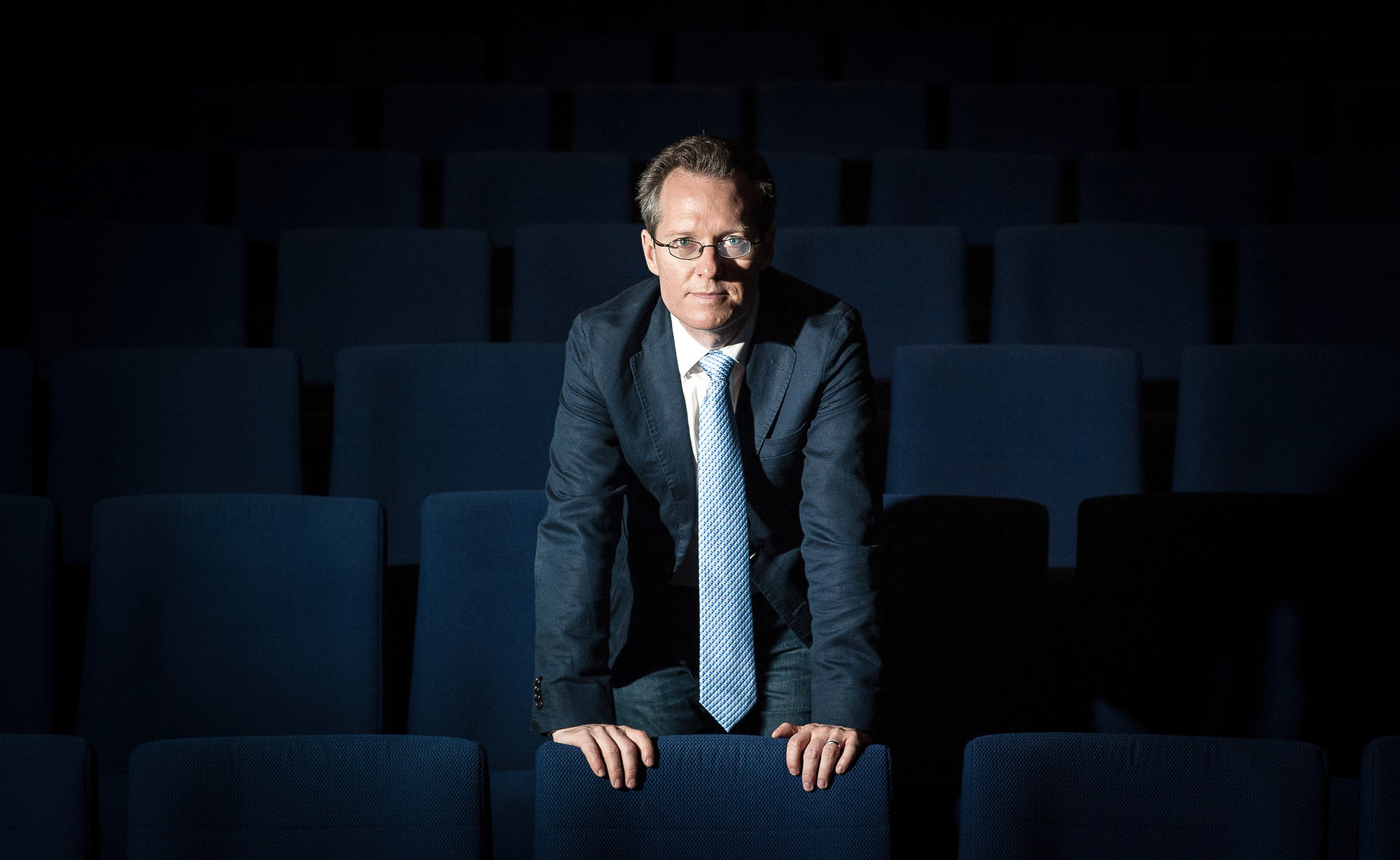 DOC NYC Artistic Director Thom Powers has been a major part of the film festival documentary cycle for over a decade. Serving as the documentary programmer for the Toronto International Film Festival since 2006, Powers also curates documentaries for the SundanceNow Doc Club streaming service, hosts a podcast called Pure Nonfiction where he interviews the most notable names in documentary filmmaking about films old and new. With America’s largest documentary film festival gearing up for its annual installment, I sat down with Thom Powers to get some insight into this year’s DOC NYC slate.

Tell me a bit about this year’s DOC NYC.

This the 8th year of DOC NYC, it’s America’s largest documentary film festival. Takes place over 8 days from November 9th to 16th. We show 100s of documentary films, there’s director Q&As at most screenings, also a lot special guests come out for it. Eric Clapton’s going to be here for the Closing Night of the festival, The Wire actress Sonya Sohn directed a movie called Baltimore Rising, Susan Sarandon is going to be here as the executive producer of a film. So it’s about films but it’s also about people at the festival.

What are some of the highlight selections in this year’s festival?

Every day of the festival there are dozens of films to choose from so it really is hard to pick just a few. Some highlights from our opening weekend include Jim & Andy, which is about Jim Carrey in the year that he was performing the role of Andy Kaufman, the very eccentric comedian. He completely embodied this role. There was a film crew following him during that time. The footage has never been seen before but it’s been turned into this new film.

There’s a film called Sammy Davis, Jr.: I’ve Gotta Be Me about the magnificent performer Sammy Davis, Jr. I learned so much from this film. Every minute I was learning something about the history of American entertainment, and it’s also filled with dazzling displays of his genius and talent. Then also from another chapter of music history, we have a film called David Bowie: The Last Five Years about the last five years of David Bowie’s life in New York City as he worked on his final creative projects.

What distinguishes DOC NYC among the many great NYC Film Festivals?

New York City is blessed by lots of great film festivals, there’s the New York Film Festival that just took place a month ago and then in the spring there’s the Tribeca Film Festival. But a lot of film festivals are places that show fiction predominantly and some documentary. At DOC NYC, it’s all documentary, and that’s a way in which we stand out.

What do you look for when bringing a film to DOC NYC?

We’re looking to bring a wide range of material. We really want to find films that will meet a wide range of tastes. There are films about music, there are films about politics, we have a section called Art & Design, there’s a section called Fight the Power that’s all activism films so I think there’s something for everyone, and that’s really the goal.

How many films are in this year’s festival?

A film festival is not only about showing films, it’s about gathering a community. At DOC NYC the community we’re gathering is a community of documentary filmmakers from New York City and other places, but then we’re also gathering communities around these different films.

How many documentaries are you going through to prepare for this festival?

Well, DOC NYC had 1900 films submitted between feature-length and short films. We’re living in a golden age of documentary filmmaking today. It just makes it a privilege to show these films. Many of the films showing at DOC NYC are either World Premieres or US Premieres, the first time that audiences are seeing them. Sometimes the first time that people who are in the film are seeing them. It makes for a really special moment.

You mentioned the Golden Age of the documentary, how much do you think the new platforms for a documentary – from film festivals to streaming platforms – has enabled such a fruitful moment for documentary films?

At some point, I think an audience craves to get off their couch and go see a film with other people. That’s really what a film festival gives you the opportunity to do. Not only watch the movie but often hear from the director at many of our screenings about what was going on in their head. And also to just be amongst a community that cares about this footage.

Last year at the festival we started two days after the presidential election and I think there were a lot of people in New York City who were feeling confused about the election and they came to the festival. I think it was good to be with a community to figure out what was going to be happening going forward.

That’s the thing about a film festival audience, particularly for a documentary festival, you’re going to be among a crowd that’s engaged and people who are there to have a dialog with the material being shown.

I think that’s true. I think there’s a lot of places in our culture that are dumbed down. At a documentary festival, you have people who come because they’re craving something more than dumbed down.

What is it about documentary and the non-fiction medium that really appeals to you and has made you want to dedicate your career to it?

To me, documentary is a way to open doors to places I could never get otherwise. You can open doors into history. You can open doors into the lives of famous people who you want to understand better. In a documentary film, there’s always something I can take away. There’s things that have stayed with me for 20 years in films I saw 20 years ago. And I think if people come to Doc NYC they’re going to have these memories that will carry with them for years and decades to come.

Written by
Zachary Shevich
Zachary Shevich is an Internet content creator, writer and video producer from the New York City area with a passion for American independent cinema as well as assorted hot sauces. His work has appeared on MovieTickets.com, as well as in Time Out New York, WeGotThisCovered, and WayTooIndie. Zach runs the YouTube channel MultiplexShow.