The late Roger Ebert once said “each film is only as good as its villain.” I believe he meant that interesting villains allow for new air since heroes’ journeys can sometimes seem repetitious from film to film. The villain in Thor: The Dark World, a Dark Elf named Malekith (Christopher Eccleston), has an intriguing name and a badass outfit. But other than that Malekith is just another comic book villain who wants to shroud Earth and the rest of the universe in darkness. We’ve seen it many times before.

Despite having such a run-of-the-mill villain who is given little complexity, World does not fail miserably according to Ebert’s saying. This is because the film’s main savior is Loki (Tom Hiddleston), the shape-shifting trickster who audiences have come to love as a villain over the past few years – as he has appeared in Thor (2011) and The Avengers (2012) already. World has some other shining things about it, but Hiddleston, and his chemistry with the charming Chris Hemsworth (as Thor), is what really elevates the film. Apparently secondary villains can help too.

World starts out by setting up the backstory of Malekith. He basically wanted to use a powerful device called the Aether to destroy the universe. Long ago, Bor, the father of Odin (Anthony Hopkins), stopped Malekith from doing such a thing. In present times, Jane Foster (Natalie Portman), the human love interest of Thor, stumbles upon the Aether on Earth and sets things in motion again with Malekith. Meanwhile, Thor has been securing peace across the Nine Realms while Loki remains a prisoner on Asgard for his war crimes. After Jane arrives on Asgard, Thor comes to realize that he may need Loki’s help in order to save Jane and stop the Dark Elf.

The first half of World is bland, for the most part, by being a tad heavy on exposition and reliant on comic relief (which is often flat) from the various human characters – including Jane’s intern, Darcy (Kat Dennings). Things kick into high gear during the second half as Thor and Loki team up (sort of) to take down the baddy. During this section, it’s as if Don Payne and Robert Rodat’s story and Alan Taylor’s direction take a sharp turn for the better; the comedy becomes more effective, the characters more interesting, and the action more thrilling.

When Hiddleston and Hemsworth are onscreen together, there are entertainment fireworks; the banter and dramatic sting between the two’s characters is great. Both actors deliver strong work here and are surrounded by a few good supporting actors – including Hopkins, Stellan Skarsgard (as Erik Selvig), and Idris Elba (as Heimdall). There are a couple of weak links in the cast, though. This includes Portman, who seems a bit bored, Dennings, who pushes the comedy a bit too much, and Eccleston, who simply doesn’t have enough to do as the underwritten Malekith.

World contains some amazing visual effects, costumes, and production design, which many have come to expect from Marvel films. Taylor never quite finds the right balance of tone (awkwardly shifting between sad and funny moments at times) with the film, but he certainly has a talent for presentation when it comes to aesthetics. The music score by Brian Tyler is worthy of note as well, as it contains a few beautiful compositions and furthers the impact of Taylor’s (and the visual effects army’s) work.

World is disappointing in ways, but it ultimately succeeds due to the exciting action and visuals, some hilarious moments (including a wonderful cameo), and the acting juice of Hemsworth and, especially, Hiddleston. I found it to be more satisfying than the first “Marvel Phase 2” film from this year, Iron Man 3, and I now (more so) look forward to the future Marvel projects. I hope those future films can learn to provide more captivating villains, though. 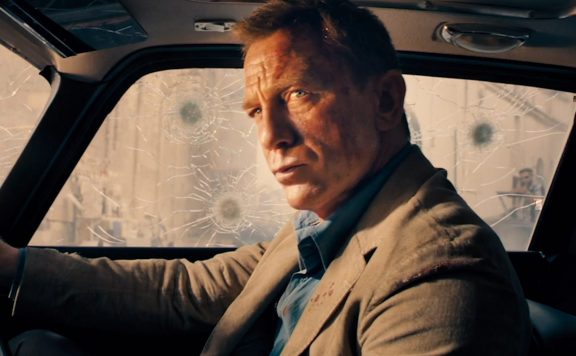 Thor: The Dark World Review by Daniel Rester              The late Roger Ebert once said “each film is only as good as its villain.” I believe he meant that interesting villains allow for new air since heroes’ journeys can sometimes se...
0
Average User Rating
0 votes
Please sign in to rate.