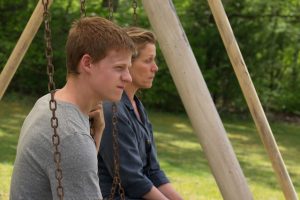 Three Billboards Outside Ebbing, Missouri is not a film that fits into any boxes. That makes it more difficult to describe, but that also makes it more fulfilling to experience so I’m up for the challenge of selling you on how great it is.

Mildred Hayes (Frances McDormand) puts up three billboards to bring attention to her daughter’s murder case. I won’t spoil what exactly they say, as writer/director Martin McDonagh reveals them in reverse order for maximum dramatic impact. Mildred does succeed in escalating the attention to her case, but with supporters also come antagonists, not that Mildred would back down to anyone. 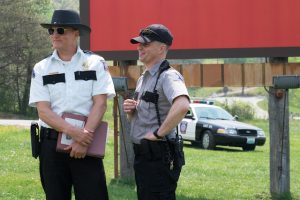 The billboards force or inspire people to do more. Some want to, like Chief Willoughby (Woody Harrelson) who’s just stumped by a cold case. Others resent being confronted by reality, like the local priest or dentist. Somewhere in between there’s officer Dixon (Sam Rockwell), who is objectively incompetent so pushing him to be better has mixed results.

Finding the killer becomes secondary to exploring how a town copes with a murder in their community. The characters are all distinct with clear motivations. Mildred wants justice at all costs. Willoughby wants peace that may be untenable. Mildred’s ex Charlie (John Hawkes) wants to move on. Some people in town just want to be Mildred’s friend and she’s not particularly open to them.

The story evolves based on each character’s needs and point of view. No one is trying to fit into a box. Since it might be easy to fit Mildred into a righteous crusader box, McDonagh and McDormand make sure she’s costing other sympathetic characters something too. The drama is in seeing what happens when these characters interact. Since it’s not a formula, it’s the essence of drama to force confrontations between these characters. The important thing is you understand why every character is doing what they’re doing.

Every scene is fraught with tension. It’s not just life and death, though that is what many of the scenes are about. In this scenario, the minutiae of billboard leasing becomes taut drama. She’s got to make those payments somehow, and bureaucrats try to force her out of the contract. In these scenarios, small kindnesses are powerful, as they are in real life. Perhaps that’s the most important moral: be kind, even during escalated crises that are hard to explain. Just find those moments to be kind. 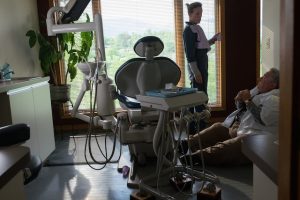 Three Billboards has that In Bruges sense of humor where it’s not mocking the severity of the situation, but it’s so extreme you have to laugh. It could be Mildred sticking it to condescending townies or Willoughby trying to diffuse an absurdly convoluted situation. I don’t even want to call it comic relief, because it doesn’t exactly cut the tension. In some ways humor tightens the tension even harder.

The score feels like a spaghetti western and there is an element of showdown between Mildred and the cops or others in town. Her weapon isn’t a gun, it’s her outside the box thinking and quick wit. There’s a healthy tete a tete between Mildred and Willoughby, but Mildred immediately shifts to compassion when he needs it. 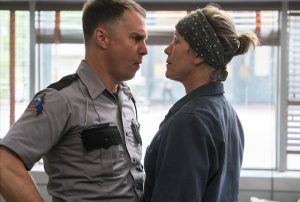 It is just extremely satisfying to see McDormand go around town taking no crap from anybody. I suppose we all wish we could be that bold, though would never wish to experience such a grave tragedy to become empowered. In a climate of franchises, it is inspiring that McDonagh can craft a compelling story that’s just about the consequences of putting up billboards. Still, I see sequel potential. The next one has to be bigger and badder, so it’s Four Billboards Outside Ebbing, Missouri. Then she can travel and do Three Billboards Outside Dubai (they’ll get a tax credit for filming there) until finally it’s Three Billboards In Space, of course.