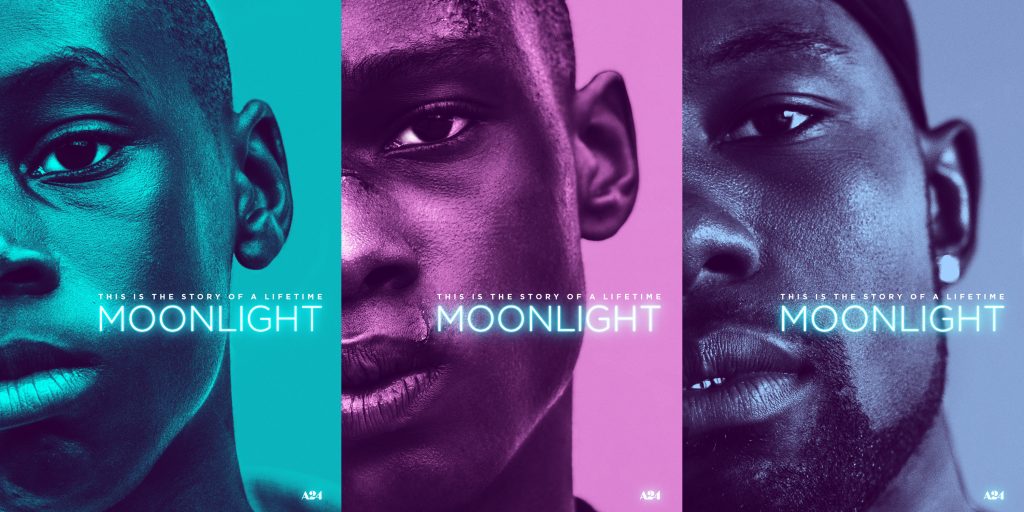 Moonlight is an incredible story that chronicles the life of Chiron, an impoverished young child and the evolution of his life in three stages from “Little” to “Chiron” and then to “Black.” The story is set into those three stages as we watch Chiron develop as a person in an impoverished neighborhood with a drug addict for a mother (Naomie Harris).

In the first stage of his life, he is picked on for being different and smaller than the other boys. They call him names and say that he is gay. One day, while hiding from the boys trying to beat him up, he meets Juan (Mahershala Ali), the local drug dealer. They strike up an unusual friendship as Juan guides Chiron to find out who he is and give him a safe place to stay with him and his girlfriend, Teresa (Janelle Monáe).

Throughout the story, Chiron has had only one friend, Kevin. Young Kevin (Jaden Piner) tells him that he needs to stop acting so scared, so the kids don’t pick on him. As teenagers, their friendship evolves and gets very complicated by peer pressure. Kevin (Jharrel Jerome) is forced to do things he doesn’t want to do, and it has dire consequences on both his life and Chiron’s. 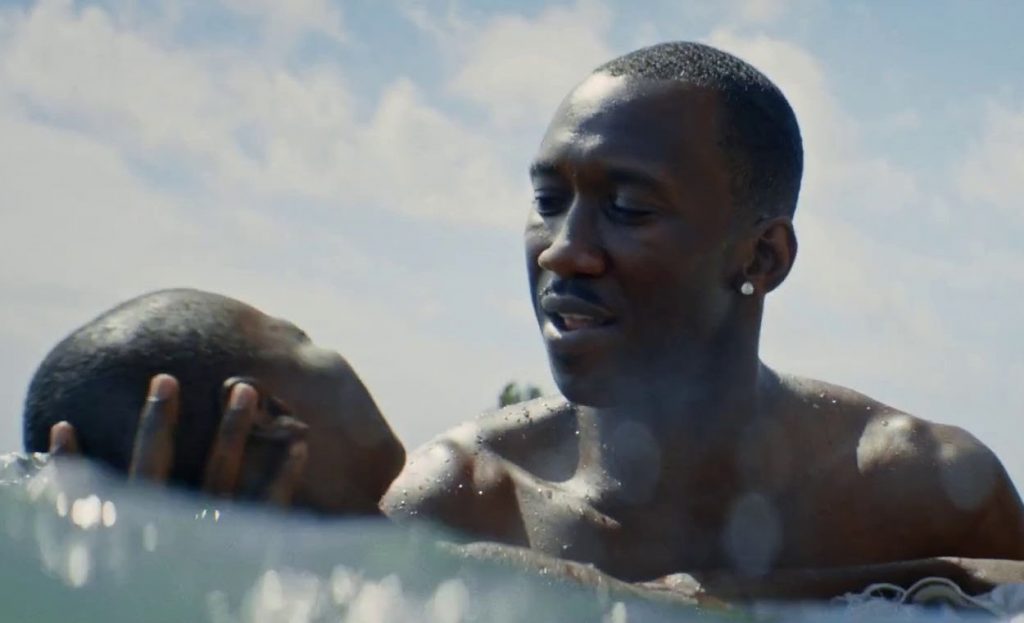 The film is incredibly powerful as is chronicles the stages of life for one young boy. While doing so it touches upon many things. Moonlight focuses much on the identity struggles that Chiron faces as a young African American boy in the ghetto. He is expected to be a certain way and act a certain way, which is in contrast to how he feels. His latent homosexuality is a big struggle for him and at a very young age, doesn’t know how to handle it.

The film Is a very rarely told story that is so incredibly powerful. The story touches upon the cycle of poverty, incarceration and drugs/ addiction that plagues many of the impoverished neighborhoods in our country. These are all vicious cycles that we see Chiron fight against and then eventually succumb to. As he is struggling with his sexuality, once incarcerated, is determined to be the tough gangster type that doesn’t put up with anything from anyone.

Moonlight is beautifully done. The performances by all actors involved were flawless. Their performances were raw and touching, bringing Chiron and his story to life. Mahershala Ali as Juan was probably the most moving performance for me. He was a guiding hand for young Chiron and the dialogue between the two was wonderful. 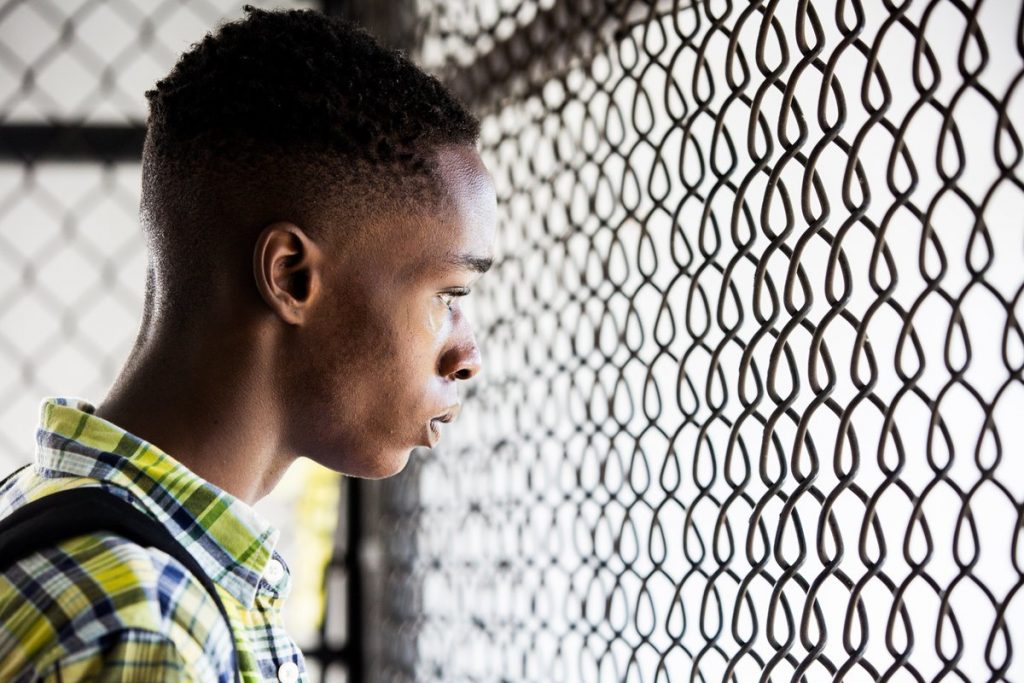 The three actors who played Chiron were incredible. From the young Chiron (Alex R. Hibbert) to the teenage Chiron (Ashton Sanders) to adult Chiron (Trevante Rhodes), you couldn’t have picked better actors to play the part. Ashton Sanders is phenomenal as teenage Chiron. The shift in his personality and emotions was done flawlessly. Trevante Rhodes portrays such a conflicted character so well, and truly encompasses all parts that have made Chiron into the man he is today.