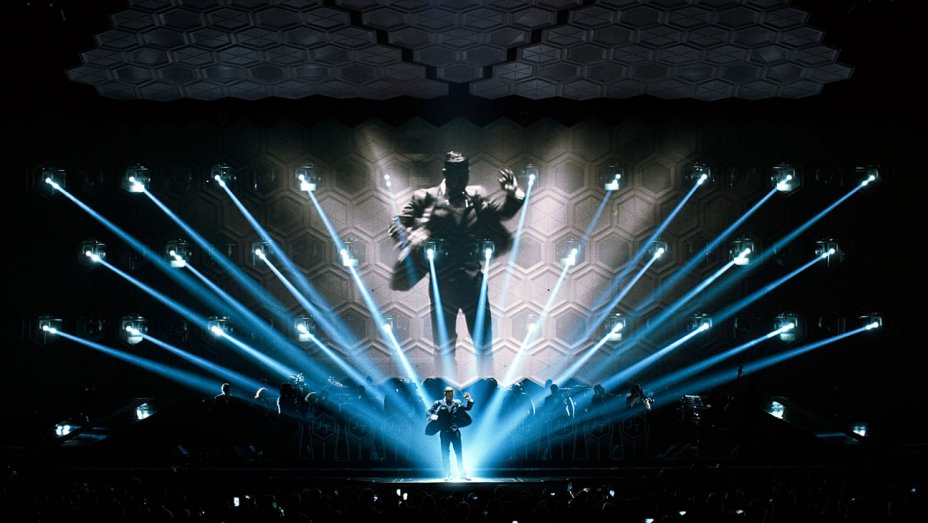 The news that Jonathan Demme’s Justin Timberlake + The Tennessee Kids would get a global release on Netflix is a kind of bittersweet fate for the film, given its intention to come out in large format theaters. The good news is that one of the best concert films in recent history will become widely available to millions all at once, and the bad news is the film will lose some of it’s impact by unveiling on small screens. It’s not that Demme’s film will suffer from the change in exhibition; the spectacular fun on display will register no matter how it’s seen. But watching the concert on the big screen where sound and image can overwhelm goes a long way to making Demme’s direction have a more lasting impression.

Filmed during the last performances of Timberlake’s two-year tour supporting his 20/20 Experience double album, Demme starts rolling his cameras at a point when everyone involved with the project has reached their peak. In a brief introduction, the cameras provide quick introductions to some of the band members, dancers, and crew, who all show a relaxed confidence before the show. It can give off the feeling of a fluff piece as if Demme has been hired on for a corporate project due to his background (this is the director of Stop Making Sense, aka one of the greatest concert films ever made). But then Demme films the concert’s opening from the guts of the stage underneath, showing Timberlake standing on an elevated platform waiting for his cue to rise up and perform his opening number. It’s a small, humble start to the spectacle about to come, and an acknowledgment of how much work has gone into making the show look good.

And that seems to be part of Demme’s intent: to frequently remind viewers of the small, moving parts in this grand machine, and to look upon them with a sense of awe for the effort involved. Whether it’s panning the camera across the stage and shifting focus between Timberlake and the different performers, or shooting a part of a performance, so it highlights the hexagonal stage structure or the makeup of a floating platform, there’s an emphasis on the micro over the macro, a choice that works wonders when displayed on the biggest screen possible. Demme uses the opportunity of filming Timberlake’s concerts to enhance the experience beyond pure spectatorship, creating a celebration of large-scale performance from all angles.

But it would be unfair to paint Justin Timberlake + The Tennessee Kids as nothing more than an analytical deconstruction. Demme and cinematographer Declan Quinn give the camera over to the stage production itself, taking on the audience’s perspective like during a disorienting light show, or when Timberlake appears to float through a 3D landscape being projected behind him. As much as Timberlake recognizes and thanks, those around him, this is still a concert that wouldn’t exist without him, and there’s a demystifying quality to watching him up-close on stage, sweating and straining alongside his fellow performers in a way that puts them all on a level playing field. But by bringing Timberlake “down” to this level, and by showing the nuts and bolts involved with such a performance by everyone involved, Demme generates a sense of awe that rebuilds and strengthens Timberlake’s status as one of the world’s most popular talents, crafting a concert film that makes an enthralling, full-circle portrait of its subject. Or, to put it in simpler terms: what goes around comes around.