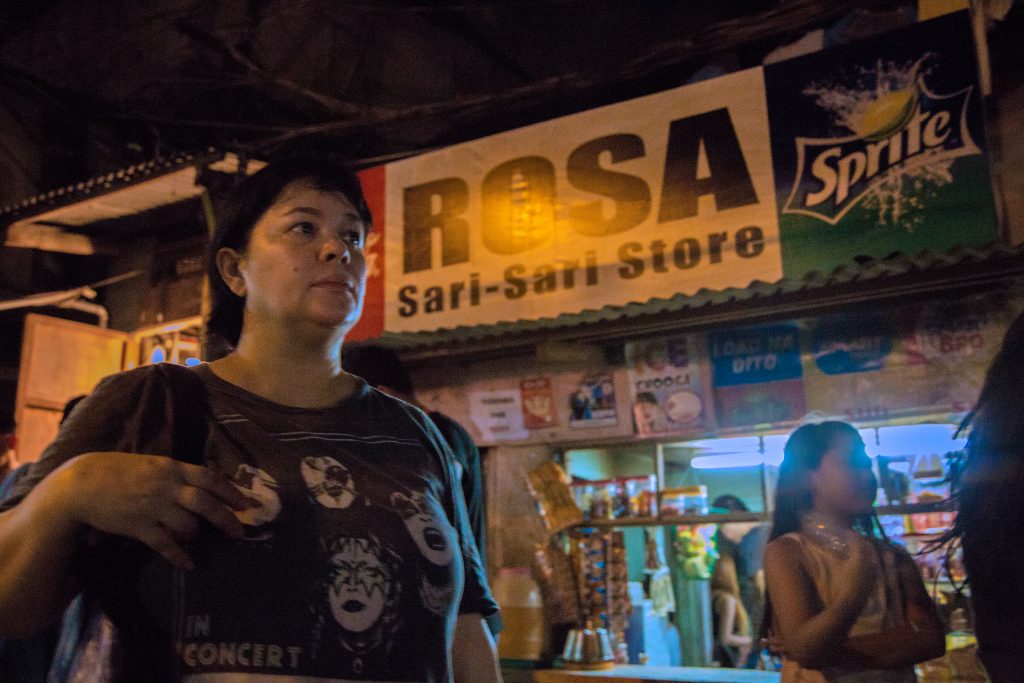 Crime pays, but only if you can afford it in Brillante Mendoza’s Ma’ Rosa, an interminable look at one family’s night from hell in Manila. Part underdeveloped family drama and part limp social commentary, Mendoza’s film fails to muster up any sort of emotional response to its content, save for a lot of agitation at its noisy, frenetic use of handheld camerawork to create a visual and aural racket. The film is clear in its intentions, and Mendoza can’t ever be accused of not being sincere, but his execution is too lazy and – for lack of a better word – bad to amount to anything beyond a poor, messy take on institutional corruption that’s been done many times before.

Mendoza’s reputation with international critics started out on the wrong foot back in 2009, when his film Kinatay received near-universal pans after it premiered in competition at Cannes. Amazingly, Mendoza wound up walking away with a Best Director prize, and this year he managed to pull off a similar feat: despite a poor reception at Cannes, star Jaclyn Jose won Best Actress, a controversial decision considering how competitive the category was. Jose plays the eponymous Rosa, who runs a convenience store outside of the small house she shares with her husband Nestor (Julio Diaz) and children Erwin (Jomari Angeles), Jackson (Felix Roco), and Raquel (Andi Eigenmann). Early scenes show Rosa walking around her cramped neighborhood, interacting with different shop owners and friends while talking her way out of paying back everyone she owes money to. There’s a sense that people respect Rosa a little more than they like her, but there’s a charismatic quality to her assertive demeanor.

It doesn’t take long for Mendoza to reveal that Rosa also likes to deal drugs on the side to help cover expenses, and that her husband has an addiction to what they’re selling. Just as Ma’ Rosa begins establishing its lead character’s way of living, the cops suddenly bust in her home to arrest her for dealing narcotics. Rosa and Nestor get dragged off to the police station for an interrogation, and upon arriving it’s clear that something is up, as they’re taken by the cops to a back room rather than get processed at the front of the station. It’s worth mentioning that, by this point, the film is well over a quarter of the way through, meaning most of the runtime has been spent on watching these characters go to and from various places without any real sense of purpose. And if the change of locations suggests a swift kick in the narrative’s backside, Mendoza’s sluggish pacing nixes any hope for the film to do anything but meander until the next plot point shows itself.

That new development in the story comes when, surprise surprise, the arresting officers turn out to be greedy and corrupt. They tell Rosa and Nestor they’re free to go on the condition that they pay 200,000 pesos as soon as possible. With no direct means of obtaining the cash, Rosa and Nestor rely on their contacts to try and raise the money, whether it’s through asking people they know or giving fellow dealers or users up to the police. Mendoza’s story shows a moral rot stretching from the bottom rung of society all the way up to the legal system, but his characters aren’t established enough to make his film work on a humanist level. Aside from Jose, who plays her character with a measured sense of desperation that generates some sympathy, the rest of the cast is paper-thin in terms of characterization. If Mendoza wishes to highlight a large-scale problem through a small-scale family crisis, it would help to get a sense that these characters have something to them other than representing parts of a recycled message.

So it comes as a surprise when the latter half switches perspectives from Rosa to her three children, who run around the city trying to raise the remaining money owed to the police. It’s a baffling choice to hand over the film to a set of characters who haven’t appeared since the first act, but it comes with the benefit of creating some visual momentum after being stuck in the police station with Rosa and Nestor for so long. And that’s the only real plus side, as Mendoza does nothing more than show how far this family is willing to go to help one of their own. Of course, no one really wins, and by the end of the night everyone comes away morally compromised in some fashion. Mendoza doesn’t find a way to make any of this interesting and, by the time the total shrug of an ending comes around, it feels like he doesn’t even care about his own message.