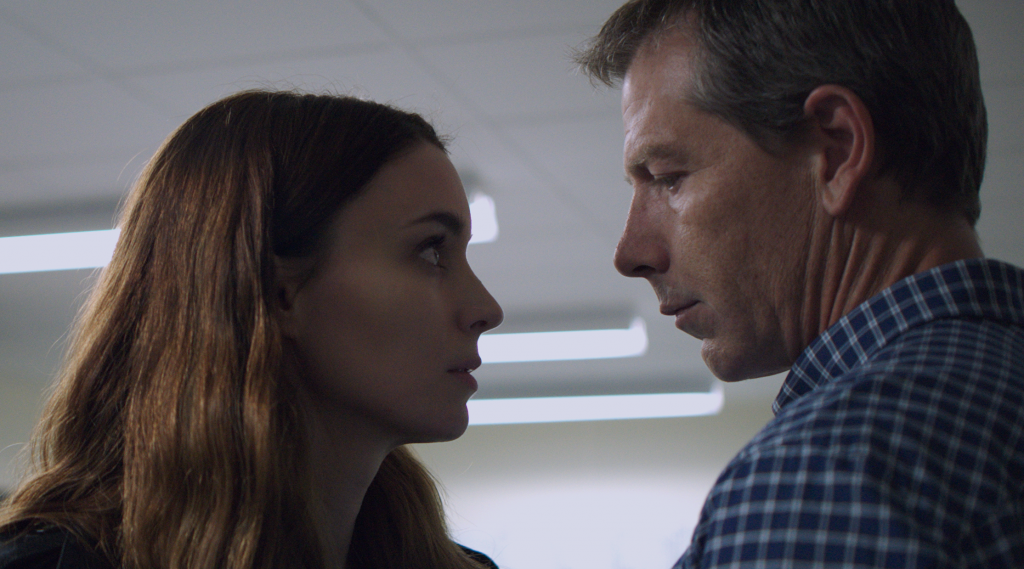 Una tells the story of Una (Rooney Mara) who tracks down a man from her past, Ray (Ben Mendelsohn), who now goes by Ray. As she corners him at his place of employment, they begin to delve into their past and what happened between them. The story takes a turn when Una makes some drastic choices that will impact the life that Peter has made for himself.

The story is interesting enough but is slow to start. The pacing is off in the first half of the film and picks up quite a bit in the second. It takes far too long to reveal what the audience has already surmised, making the first half of the film duller than it should be. There are certain elements of the film that I found to be frustrating. There are scenes that end in total silence, and then the next scene arrives with a loud jarring noise, almost as if to make sure the audience is still awake.

The performances in the film are pretty good. Rooney Mara is great in the second half of the film. However, the first half of the film suffers from the overly dramatic staring off into space moments that make the pacing even longer. Ben Mendelsohn is great as Ray/ Peter. He is raw and vibrant, and you can see the inner struggle that he is facing. Riz Ahmed plays a character named Scott who gets dragged into this mess, and he does a decent job as this minor character.

All in all, Una may be a great film for some, but the slow pacing and drawn out first half had me lose interest in the characters and the story fairly quickly. For a film that was only an hour and thirty-four minutes, Una was a long and drawn out process, that for me, didn’t pay off in the end.