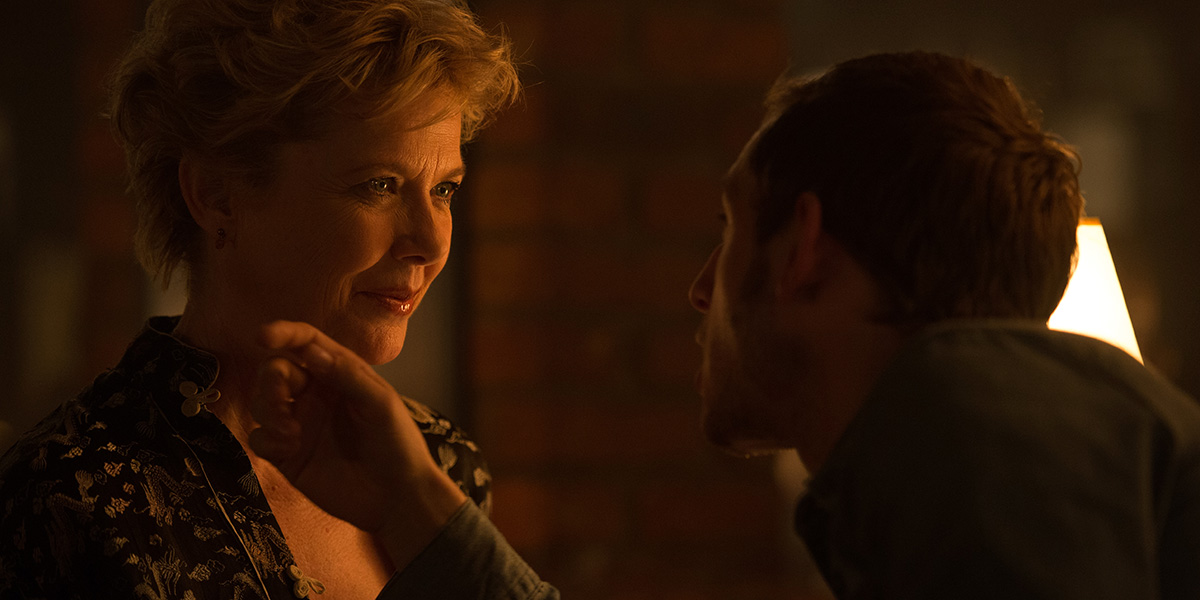 Based on a memoir written by Peter Turner, Film Stars Don’t Die in Liverpool straddles the years of 1979-1981 and the love and lives of a young aspiring actor, Peter Turner (Jamie Bell) and a famous older Hollywood actress, Gloria Grahame (Annette Bening). The story weaves in and out of the relationship between the two with flashbacks during a time where Gloria isn’t at her best. Confined to bed with what she has told Peter is “only gas,” Gloria asks Peter if she can stay in his home. This brings back a flood of memories for Peter, and we learn more about their relationship from those flashbacks.

Annette Bening as Gloria Grahame is superb. Her performance is nuanced and emotional, and our appreciation for who she is grows as the film continues. Her life as a starlet has given her a particular personality type, but throughout the story, we learn that she is this and so much more. Jamie Bell is phenomenal as Peter, a young man in love with a much older woman. His performance is emotionally moving and powerful giving us one of the best male performances of the year.

The film was indeed made by those who loved cinema. The film opens and closes with a film reel filter and flickering, showing us exactly what type of film it is. There are also some interesting transitions in the film where Peter will be thinking about a different time or a memory with Gloria, and he walks through a door and is transported into that period. It is done in a seamless and natural way that you couldn’t imagine it any other way. The world that the film creates is captivating. This starlet and young man’s love are on display, and you can’t help but fall in love too.

Film Stars Don’t Die in Liverpool is not your typical romance, and we love it for that. It focuses on a love that is pure and beautiful, giving us a glimpse of the life that Gloria and Peter had together. Annette Bening and Jamie Bell’s performances in this film will break your heart and leave you sobbing. The story is woven so beautifully together that by the end of the film, you are just as in love with them as they are with each other and just as heartbroken.