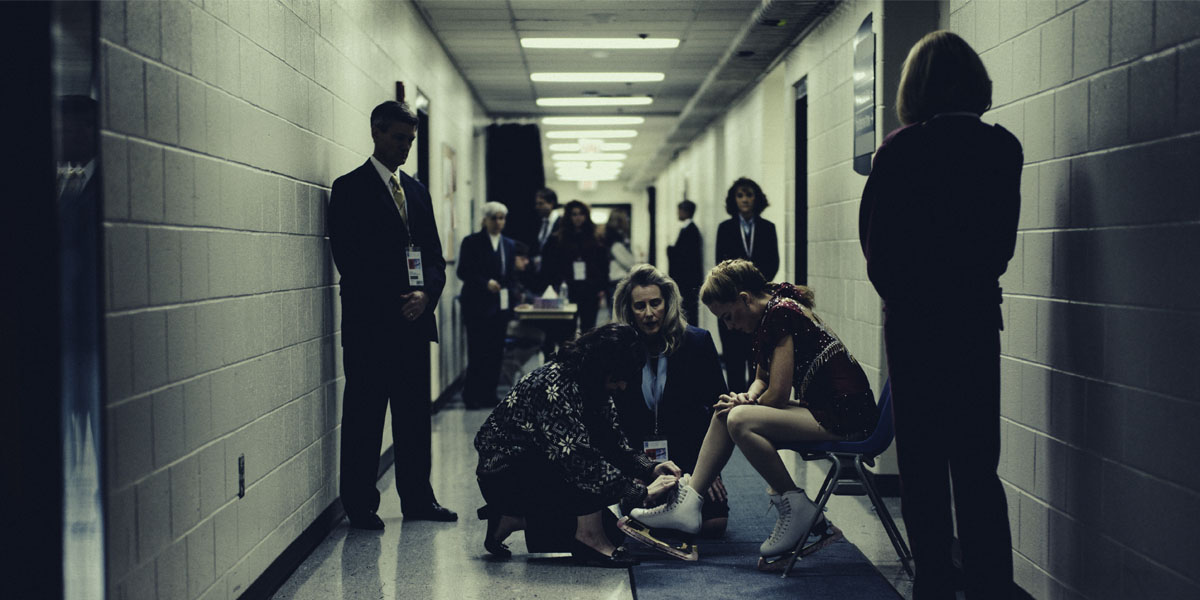 TIFF 2017 Review: I, Tonya is a Fascinatingly Funny Look Into the Life of Tonya Harding

I, Tonya is a unique biopic based on the life of Tonya Harding played by Margot Robbie. The film, which was written by Steven Rogers and directed by Craig Gillespie is unlike most bio-pics because it tends to be more humorous. While the film does provide plenty of laughs, there is quite a bit of substance to it as well. This is a rare film that I feel most who see it will learn a thing or two about Tonya Harding aside from the controversial and misleading image that the media has painted of her.

As someone who isn’t a fan of figure skating, I never had much of an interest in learning about Tonya Harding but seeing that her story was being made into a film peaked my interest. I didn’t know what to expect from I, Tonya prior to attending the World Premiere at the 2017 Toronto International Film Festival but learning that Margot Robbie would be playing Harding, I gave the film a shot.

I, Tonya opens up on a series of interviews that introduce the audience to Tonya, her mother LeVona (Allison Janney), her ex-husband Jeff (Sebastian Stan) and a few others. I remember when the Harding scandal made headlines back in 1994 and the ‘Weird Al’ Yankovic song Headline News that followed, which referenced the incident. I didn’t know anything else about Harding than what was presented about her in the news so this film was pretty eye-opening.

The interview snippets that open the film and are shown throughout set up the tone of the film perfectly. We immediately see that Tonya’s life wasn’t normal and that those who were apart of it were not always the easiest people to deal with. Tonya was raised by a mother, who insulted and degraded her constantly throughout her life. Her ex-husband Jeff seemed like a nice guy on the surface but was abusive whenever he got upset. I think it is always interesting to learn about the lives of those who were part of a huge media story and yet rarely does anyone research their backstories. It always is about the negative and not about who the person actually is.

What I found to be so interesting about I, Tonya is that while I would label the film as a comedy, there are several moments throughout that will get you thinking about the bigger picture. There is a great scene where Tonya asks one of the judges why they never vote her in even though she skates just as good, if not better than the rest of the girls in the competition. The judge replies by stating that the judges aren’t looking at the talent but how she looks and presents herself to the public. She then follows up and asks, “why can’t it just be about the skating?” It is little moments like this one where you can’t help but think about how jaded the world can be at times and how so many talented people go unnoticed due to their status or how they look.

Margot Robbie’s portrayal of Tonya Harding is easily the best performance of her career thus far. This role is very complicated as there are a lot of layers to Tonya as a person. Robbie’s role as Tonya starts as a 15-year old and over the course of 2 hours showcases different stages of her life leading up to the present. Robbie’s performance is such a standout because she has to display all the different sides of Tonya Harding. This includes her competitive side to scenes where she has emotional breakdowns due to her mom or her husband. Robbie disappears when watching the film and becomes Tonya Harding.

As someone who doesn’t consider themselves as a fan of Sebastian Stan as an actor, I was shocked by how good he was at playing Jeff Gillooly. While I wouldn’t say his performance was as standout as say, Robbie or Janney, I will admit that he was able to play a character that wasn’t so cut and dry. When the film first introduces the audience to Jeff, you instantly assume that he is going to be this lovable nice guy but as the story progresses, he isn’t like that at all. He loves Tonya but he has some mental issues that cause him to have violent outbreaks. It was interesting seeing Stan in a role where he not only had to act in a comedic way but was also somewhat unstable as a character.

Alison Janney is without question the scene stealer in this film. Janney’s performance as Tonya’s mother LeVona is so mean-spirited. The things that come out of LeVona’s mouth are shocking and honestly push the boundaries. I found myself laughing the most at her character due to Janney’s line delivery and her no-nonsense attitude.  LeVona isn’t someone that is easy to root for and is incredibly unlikable as a person. The reason why the character works so well is that Janney isn’t afraid to go dark with her characters and that’s exactly what this role needed.

I admire director Craig Gillespie for taking the chance on working with Steven Rogers and using this script to make a film about Tonya Harding. Rogers script really captured the life of Tonya and those in her life with such humor and heart. The film is beautifully shot and looks as though it was shot throughout the 80s and 90s. The way that Gillespie handles telling the back stories of these characters are presented in such a way that even the direction is memorable. The film goes back and forth from a 4:3 ratio during interview scenes to a wide-screen for the rest of the film. Gillespie has no problem having the actors break the fourth wall where they talk directly to the audience. There are even a few scenes that start as voice over and end with the character looking into the lens and talking directly to the audience. I enjoyed all these little moments that Gillespie incorporated into the film and feel like they added a whole another layer to the story.

I, Tonya is a fascinatingly funny look into the life of Tonya Harding. Margot Robbie delivers the best performance of her career while Allison Janney steals every scene. This is an unknown origins story of Tonya Harding that will entertain, engage, and inform. It showcases Tonya’s life leading up to the Nancy Kerrigan attack in 1994. I, Tonya is entertaining, heartfelt, and funny. It is a perfect film festival surprise and most who see the film will appreciate the humor as well as the heart that comes with showing Tonya’s incredible yet dysfunctional life on the big screen. 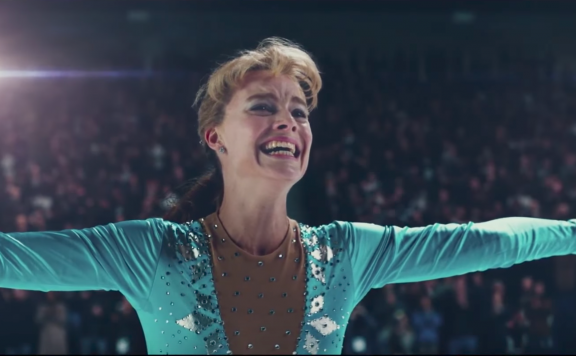