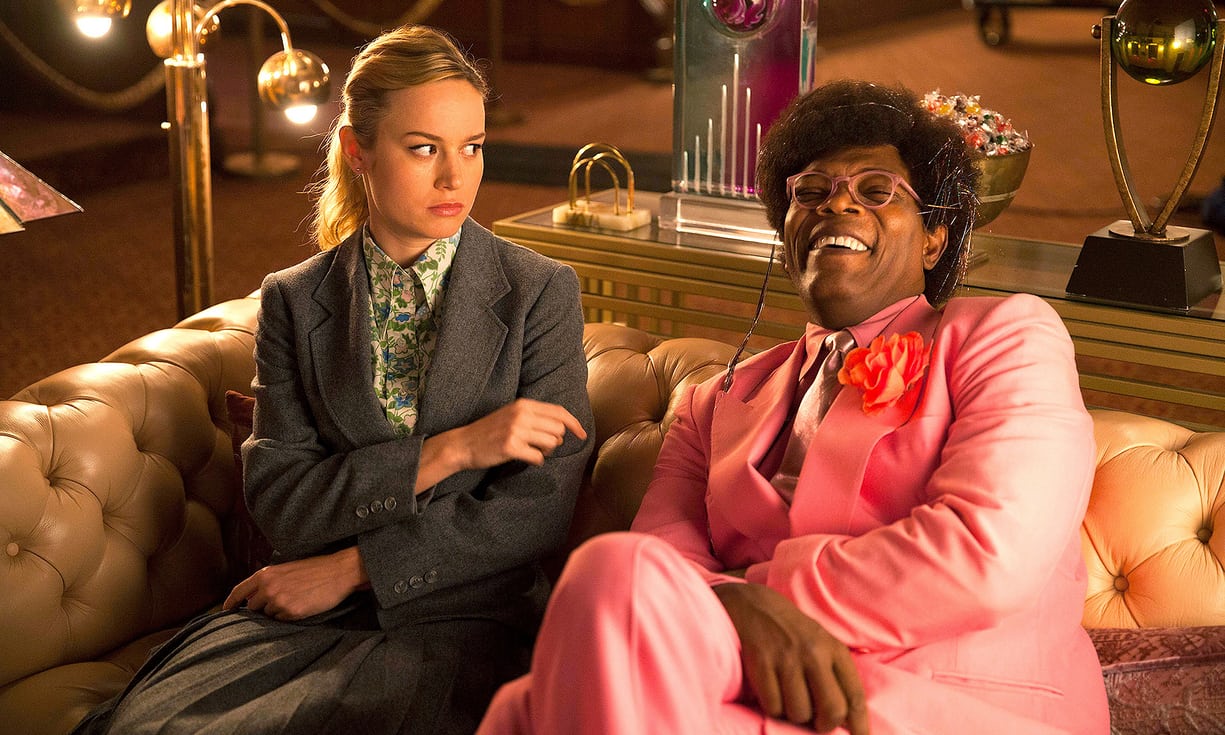 Unicorn Store was my most anticipated film of the 2017 Toronto International Film Festival. I realize that it unfair to have such high expectations but for someone who has followed and supported Brie Larson’s career since Sleepover, my excitement for her directorial debut was real. I literally ran several blocks to make it to the theater in order get my seat at the premiere.

As Brie took to the stage at the Ryerson theatre to introduce the film, she could barely speak. She pointed out that she didn’t think the theater would be full and seemed overjoyed by fact that the screening was indeed sold out. She brought cast members Martha MacIsaac and Mamoudou Athie on stage for a brief introduction before she unleashed her directorial debut onto the world.

Written by Samantha McIntyre, Unicorn Store tells the story of a girl named Kit (Brie Larson), a young and optimistic artist looking for answers. She lives at home with her parents who are constantly trying to push her to grow up and get a real job while comparing her accomplishments to others including a neighbor named Kevin (Karan Soni).  Her college professor deems her artwork as a failure which causes Kit to sink into a depression and decides that maybe it is time to finally join the workforce. She obtains a temp job at a PR firm and while there she starts receiving mysterious invitations to something simply known as “the store.”

Curious yet cautious, Kit takes the risk and follows the address on the invitation which leads her to the store. Upon entering she meets the salesman played by Samuel L. Jackson who gives her a tour of his shop and informs her that he can give her something that she always wanted, a unicorn. Delighted by the news, the salesman informs Kit of the steps that she must take in order to receive the unicorn. These steps include building the unicorn a home, providing food, and providing it with unconditional love.

Having no idea how to build a home, Kit heads to the local hardware store where she meets Virgil (Mamoudou Athie). Despite Virgil not knowing anything about carpentry or construction, he agrees to help Kit because he likes her personality and finds her to be highly entertaining. The two begin to build a stable while Kit anxiously waits for a call from the salesman about the status of her unicorn. 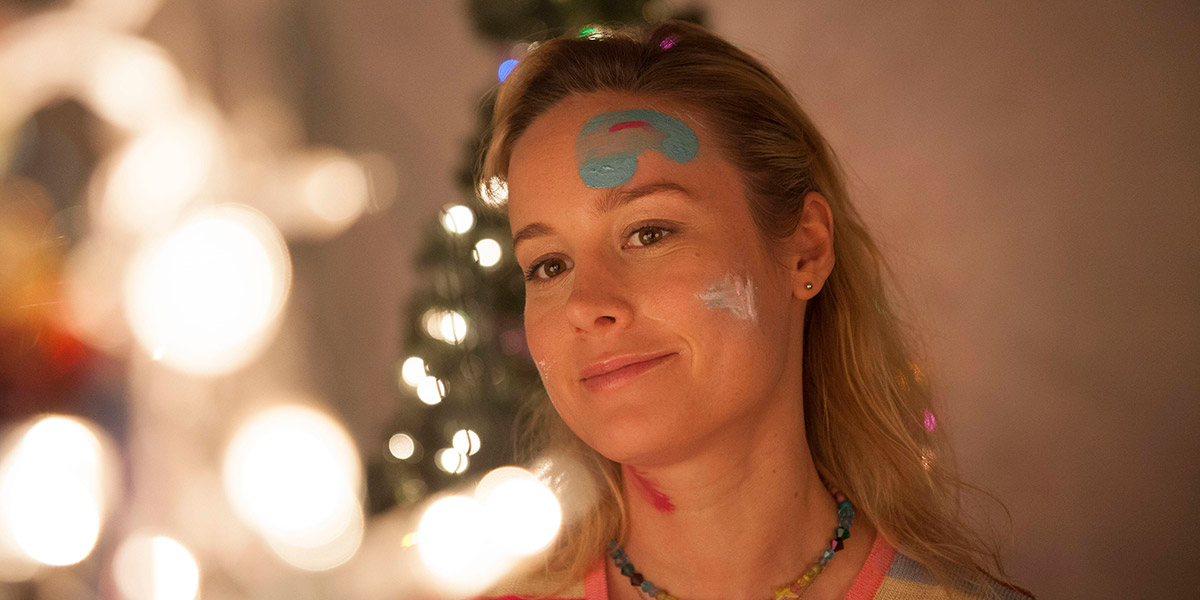 Brie Larson’s directorial debut is an ode to childhood and imagination. It is a delightful little film about love, self-acceptance, and growing up. Unicorn Store celebrates creativity and going against the grain. On the surface, Kit is bubbly and quirky but underneath the adorable smile, she has a lot of things going on. She is dumbfounded by the people around her who look down on her and tend to crush her dreams and aspirations.

Kit is played by Larson as this lovable 20 something that still possesses a childlike sense of wonder that we tend to lose as we become adults. She doesn’t have any friends but loves to immerse herself in her artwork. Larson’s performance as Kit is incredibly nuanced. Kit has issues dealing with love whether it is to give or receive it but that is all part of her journey of self-discovery to receive the unicorn that she always wanted.

Larson has become a master of delivering powerful dramatic performances with films such as Short Term 12, Room, and the Glass Castle. In this role, we get to see her comedic side which is something that audiences don’t get to see very often. Larson gets to play a character that is genuinely wholesome, sweet, and funny. She is not naive and despite seeming rather childlike understands what is going on around her.

When Kit’s boss Gary (Hamish Linklater) begins to hit on her at work, she knows it isn’t right which is why she talks to Virgil to make sure that she isn’t misreading the situation. One of the funniest scenes in the film occurs about midway and involves an advertising idea for a new vacuum. Kit begins her glittery presentation complete with music and colorful outfits. This occurs right after two of the guys in the office pitch their advertisement idea which features a beautiful woman in a mini skirt. This entire scene is hilarious yet the script is smart enough to address a bigger issue of the male fantasy of women that is constantly being presented in advertisements.

While Larson does hold a lot of the film on her shoulders, it wouldn’t be fair to ignore her wonderful supporting cast that adds a lot of heart, humor, and emotion to the film. Joan Cusack and Bradley Whitford were great choices to play Kit’s parents. Cusack and Whitford come across as loving and caring yet you can tell that they want their daughter to be successful in life by their definition and not her own. The three of them butt heads several times throughout the film but it all comes across as incredibly genuine and true to life.

Mamoudou Athie as Virgil is without a doubt the highlight of the supporting cast. Larson and Athie have incredible on-screen chemistry and are just joyous to watch together. Kit and Virgil are both outcasts but have different outlooks on life. While Kit is more optimistic and hopeful, Virgil is more matter of fact and grounded in harsh realities of life. The two play off each one perfectly and are characters that will connect with the audience.

Samuel L. Jackson rounds out the supporting cast and seems to be having a lot of fun with the role. Jackson’s character of the salesman reminded me of his character from Kingsman mixed with Willy Wonka.  He is very odd yet likable. Jackson apparently begged for the part and I am glad that he was able to fit perfectly into this wonderful world that Larson and McIntyre were able to create.

Larson’s direction is solid as she is able to blend the comedy perfectly with some really great emotional moments. The musical choices, as well as the wardrobe choices, were all spot-on.  I loved that everything about the film just felt so perfectly planned out that it all came together seamlessly.  Larson proves with her directorial debut that she is not only a talent in front of the camera but behind it as well.

Unicorn Store is a glittery and delightful directorial debut from Brie Larson. This is the type of film that I cannot wait to own as I will be watching it over and over again. This is a rare film that will have you smiling from start to finish. It is heartfelt, funny, and charming little film about finding and believing in yourself. Unicorn Store is a magical movie and one that is filled with joy, creativity, and wonder. I loved it.

Scott ‘Movie Man’ Menzel’s rating for Unicorn Store is a 9 out of 10. 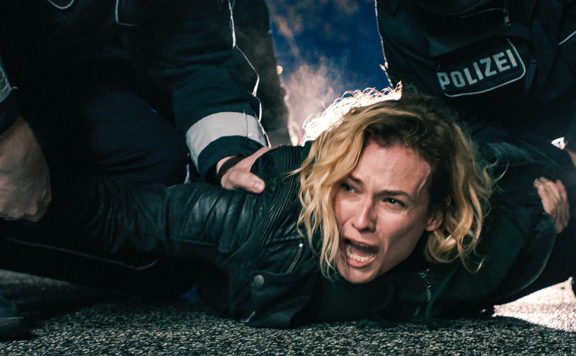