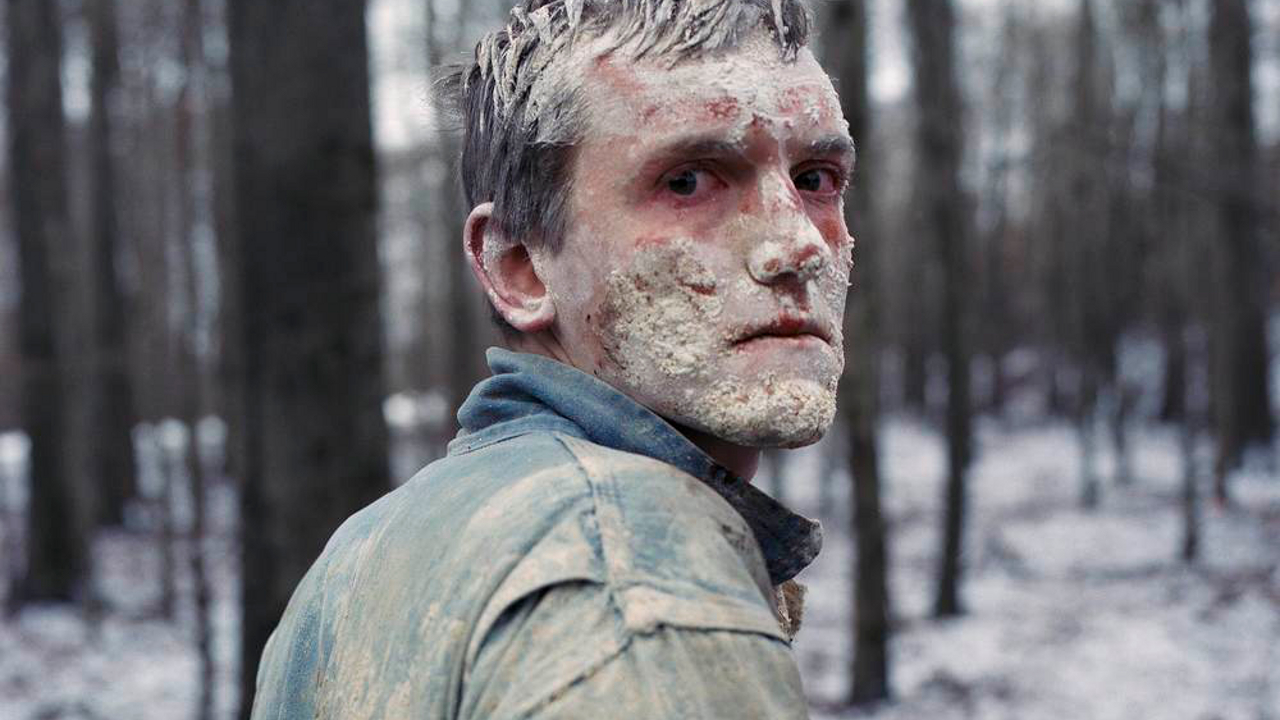 ‘Winter Brothers’ is an Icy, Artful Debut for Hlynur Pálmason

Icelandic director, Hlynur Pálmason has orchestrated a detached, yet ambiguous fraternal odyssey for his feature-length debut, Winter Brothers (Vinterbrødre). On the surface, we get this sense of a bold endeavor, more concerned with its usage of minimalism and its raw atmosphere.

Set in the remote part of Denmark, Emil (Elliott Crosset Hove) is one of two siblings working at a nearby limestone mine. As the film opens, we’re deep within the dark mine, following Emil up to the surface. The journey proves to be exhausting, playing to a reliance of long takes. We’ll come to expect more and more of that as the film progresses. The isolated Danish environment is quite inhospitable, but this is how the locals make their living.

In this uber-masculine community, Emil is the oddball, a bit childish to some degree. His co-workers simply put up with his antics in exchange for some homemade kicking hooch. The only catch is that it’s made from stolen chemicals from the limestone mine. His brother Johan (Simon Sears) follows the expected conventions of a laboring man. But as far as Emil is concerned, he also is a dirty-minded voyeur of young Anna (Victoria Carmen Sonne). At one point, he even goes as far and steals her panties. And when he’s not working or snooping, he also fascinated with a M1 rifle and various positions referenced in an old Army VHS tape.

Writer-director Pálmason concentrates his energy on the various situations throughout Winter Brothers than overall plot. Some of what follows may feel like aimless wandering, but Pálmason hits the target on his characterizations. At one point in Winter Brothers, Emil’s boss (Lars Mikkelsen, House of Cards) confronts him about stealing company chemicals for his homemade hooch. The tense confrontation projects Emil’s naïve opinion of himself and what he hopes to accomplish in the next five to seven years. He claims to want to still be employed there with a good wife and children. After a few rounds, Mikkelsen irons out that he’s essentially a thief and a danger to their operation.

SEE ALSO: TIFF 2017 Movie Review: Let the Corpses Tan is a Heist Film of Many Colors

Making matters worse, Emil also finds himself engaged in a rivalry with his brother. Johan too has a thing for Anna and like the situation at work, there’s a showdown here as well. It should be a more serious moment in the film, but shines through a rather humorous, albeit awkward naked scuffle. It ties into the phallic undercurrent sprinkled throughout the film. In this male dominated environment, expect a few metaphorical dick-measuring contests.

Pálmason’s screenplay for Winter Brothers is ultimately subtitled “A Lack of a Love Story.” While the infatuation element with Anna does play into the film, the remainder is cold and isolated. The themes are constant, yet depressing considering Emil’s current circumstances. Crosset Hove hammers that point home quite well with his leading performance. Even if nothing of great importance results in Emil’s odyssey, the daily steps progressing to that point are more important.

Despite being set in a bleak atmosphere, cinematographer Maria von Hausswolff provides impeccable visual storytelling. As mentioned earlier, Winter Brothers anchors its narrative on long takes and minimal dialogue. It’s not until we get past the first 30 minutes or so that the characters become more inviting through the screenplay. Winter Brothers is a film that prides itself on ambiguity. By the end of the film, we still have zero idea when this takes place or the circumstances surrounding the community’s interest in this limestone mine. And while the overall substance isn’t fully developed, but it’s still a natural beauty to look at.

After premiering at Locarno earlier this year, Winter Brothers found its way to TIFF. Winter Brothers is ultimately an icy, yet intoxicating experiment that successfully navigates through the minefields of masculinity and isolation.