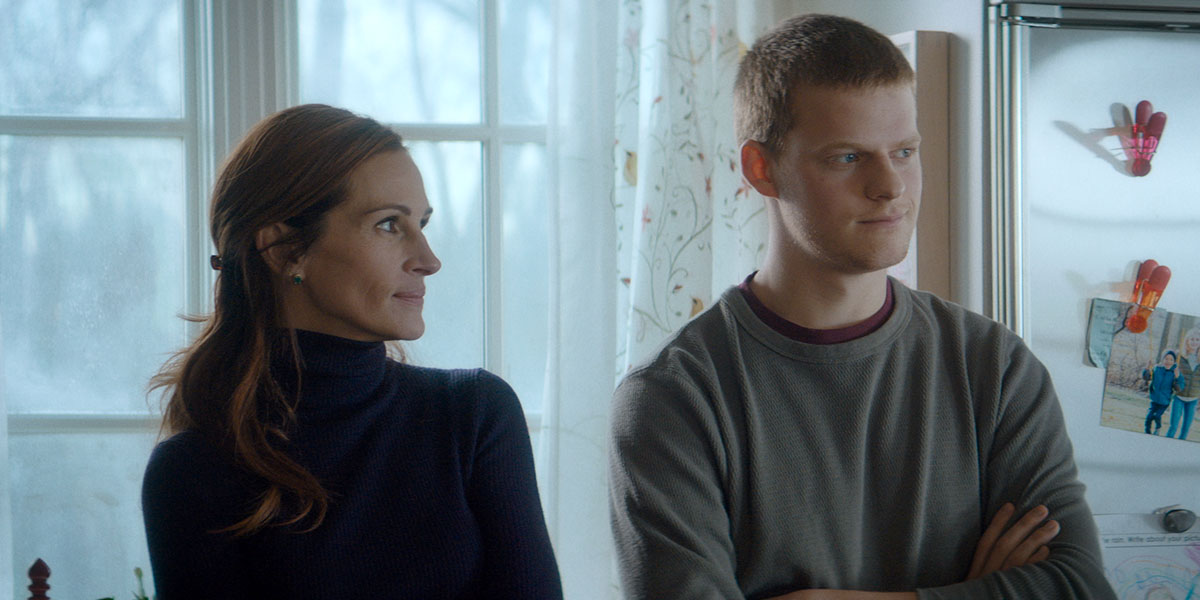 I’ve seen three major films that tackle addiction at the Toronto International Film Festival; A Star is Born, Ben is Back and Beautiful Boy. Starring Lucas Hedges, Julia Roberts, Courtney B Vance, and Kathryn Newton, Ben is Back shows what happens to one family when the son and addict, Ben (Lucas Hedges) returns from rehab for Christmas. His family including his mother (Julia Roberts), younger sister, Ivy (Kathryn Newton), younger half-brother and sister (Jakari Fraser and Mia Fowler) and step-father (Courtney B Vance) must manage their expectations and carefully watch him to make sure he doesn’t slip back into old habits while there for Christmas.

Lucas Hedges continues to have a fantastic year and continues to stun audiences with each performance. At the crux of this film, Ben’s relationship with his mother and family take center stage. We see Ben as he struggles through trying to make things right and keeping his addiction under control. The film so easily demonstrates the pain and trauma that addiction causes throughout the family. It shows the fear that the family has but also the little things like making sure temptations are hidden while he is there.

Julia Roberts fantastically portrays his mother who longs to have her son home but must also grapple with the fact that he is indeed an addict and the horrible things he has done since becoming one. When something terrible happens at a church on Christmas Eve, Ben and his mother set out to make things right. As a result, they end up on a journey together that ends where neither one of them expects. Throughout the night, we see Ben face some terrible demons with his mother alongside him. Many emotional scenes get to the core of the complicated relationship between Ben and his mother.

Kathryn Newton and Courtney B Vance give performances that round out the outstanding cast in the film. Kathryn as Ivy is stuck between loving her brother and protecting herself and her mother from him. She plays the duality of the role so well. Her phone conversation with her mother where she breaks down is so piercingly real that it catches you slightly off guard. Courtney B Vance plays the concerned but loving step-father and husband with ease and provides a great balance to Julia Roberts’ character.

Lucas Hedges shows the emotional turmoil of Ben’s character with such precision and authenticity. His emotion is raw and powerful, especially in the scene where he and his mother argue over him not being worth it. They are both exhausted from the night and from the trials they’ve had with his addiction, and they say about him being worth fighting for. The scene is so incredibly powerful and demonstrates the love a mother has for her son, no matter what he’s done. Peter Hedges script gets to the crux of human emotion and the relationship between mother and son.

Ben is Back will undoubtedly strike a chord for those of us who love or have ever loved an addict, but mostly it will remind you of the love that has no match: a mother’s love. Julia Roberts and Lucas Hedges work to bring that to the forefront of the film with astounding success. 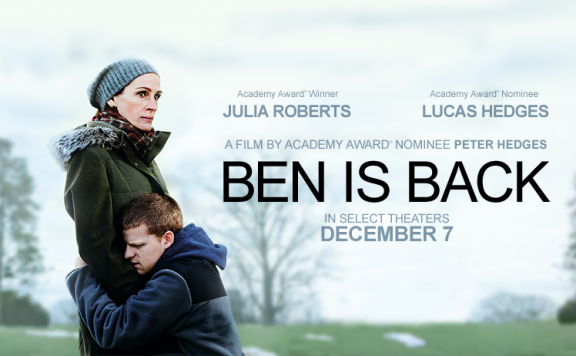 Review: Julia Roberts Delivers, ‘Ben Is Back’ And Lucas Hedges Is Great
December 3, 2018