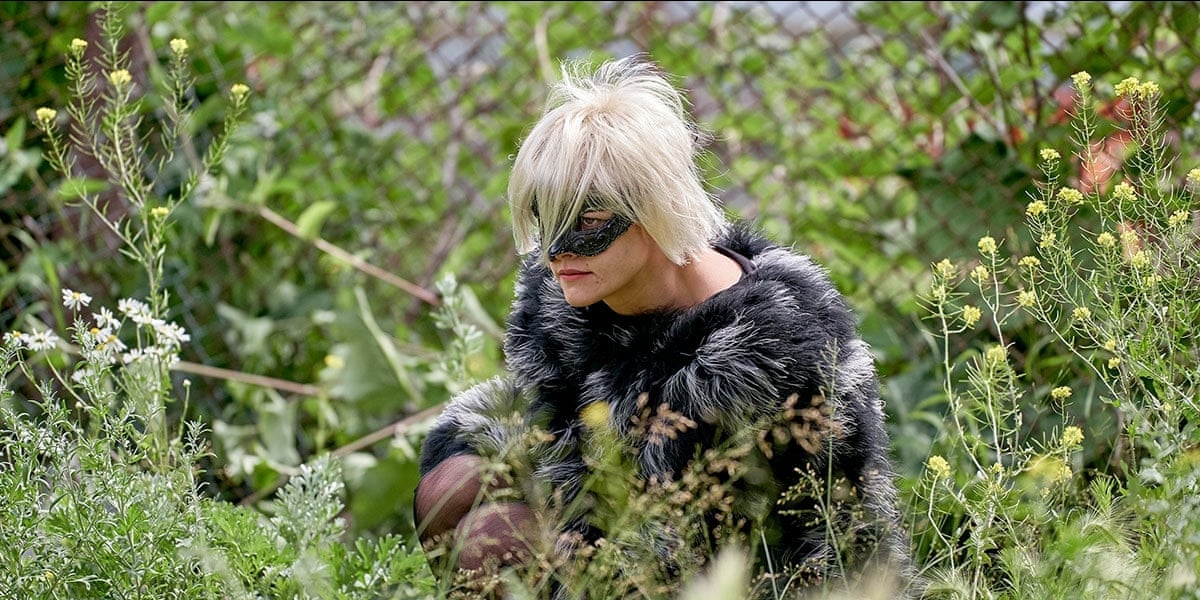 Based on a fascinating true story, Jeremiah Terminator LeRoy tells the story of author Laura Albert and how the creation of a literary persona led the world to believe that she was a teenage boy. The film stars Laura Dern as Laura Albert and Kristen Stewart as her sister-in-law Savannah Knoop. The film is based on Savannah Knoop’s Memoir: Girl Boy Girl: How I Became JT LeRoy.

While Jeremiah Terminator LeRoy is one of the lesser known films to premiere at the 2018 Toronto International Film Festival, it was undoubtedly one of my most anticipated. When the film was announced as the closing night film, I was incredibly excited because I adore Kristen Stewart and had a feeling that she was perfectly cast as Savannah Knoop. The film also stars Laura Dern, who let’s be honest, is pretty spectacular in almost everything.

The story behind Jeremiah Terminator LeRoy is a remarkable one because it occurred during a time where the internet was everywhere so I can’t help but wonder how Laura Albert and Savannah Knoop were able to trick the public for over five years without getting caught. Justin Kelly’s film highlights how Laura Albert convinced Savannah Knoop to take on the role of JT LeRoy as well as how JT LeRoy’s mysterious and random public appearances ultimately lead to Ava, a notable actress (Diana Kruger) wanting to make a movie about JT LeRoy’s life. 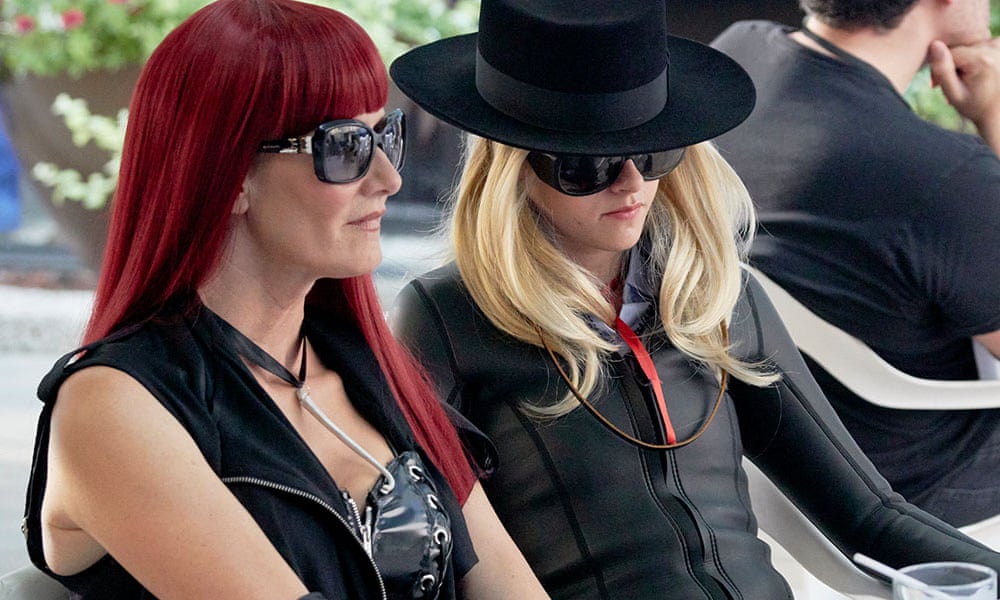 JT LeRoy’s story is very relevant to today as it reminds me of the way that many people adopt a different persona when on social media. Throughout the film, there is this theme that suggests, if we don’t like who we are, we can create a persona that will make us feel better about ourselves. This was the feeling I got whenever Laura Albert was talking to other people while pretending to be JT LeRoy. In a scene, near the end of the film,  JT LeRoy is talking with Ava, the actress who she gave the movie rights to, who asks JT if he’s real. JT replies with “JT is whoever you want him to be.”

Laura Dern portrayal of Laura Albert is terrific. Since the film is being told from the perspective of Savannah, we see Laura as a manipulator who has created the persona of JT LeRoy to have her 15 minutes of fame. Throughout the film, we see Laura taking advantage of everyone she comes in contact with by telling them stories about her past to make them feel sorry for her. Dern portrayal of Laura reminded me of a great salesperson where she was able to sell pretty much anything because she genuinely believes in what she is doing and saying. She has a way of toying with people’s emotions and making them do things that they don’t necessarily want to do.

There are a few times during the film where Laura is talking to Savannah and telling her things as a way to coax her into doing something that she doesn’t want any part of. Laura tells Savannah various stories about how she used to be 100lbs overweight or how she was abused and put in a mental home. She is an extortionist that has become obsessed with playing out the role of JT LeRoy although she isn’t him. This is easily one of my favorite Laura Dern performances to date because it feels so unique and unlike anything that she has done before. 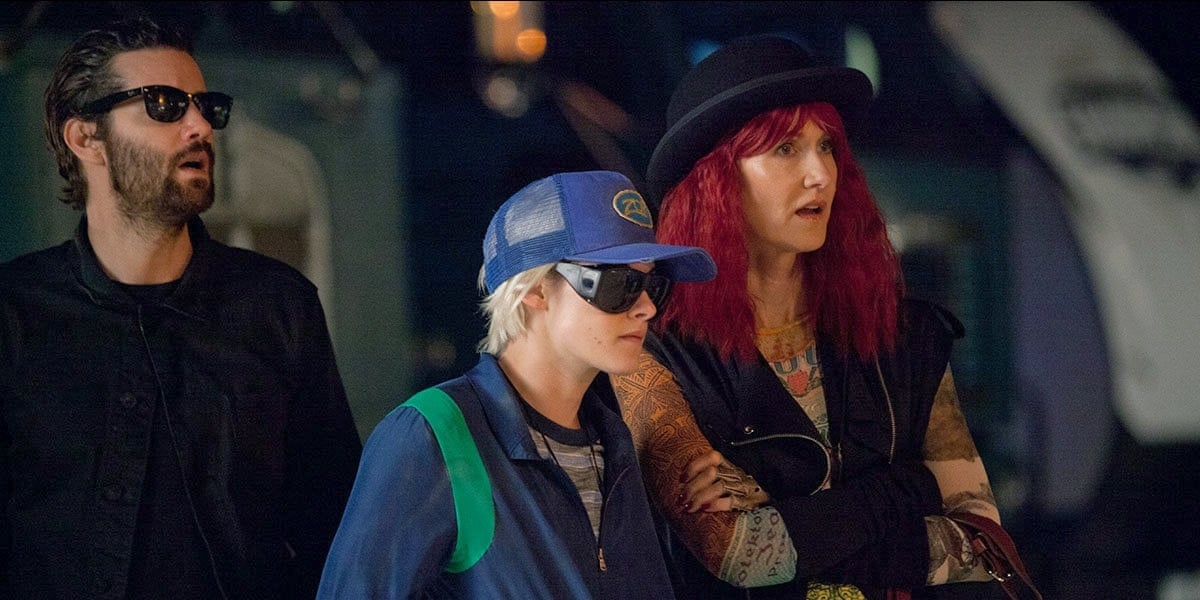 Kristen Stewart as JT LeRoy is the very definition of perfect casting. This is a role that Stewart was born to play. When you see the film and then look at photos or videos of JT LeRoy online, they look pretty much identical. Another reason why Stewart is so perfect for the role is that she often comes across as somewhat uncomfortable when in the spotlight which is just like the persona she is playing in the film. Stewart’s performance comes across as so authentic because she is someone who enjoys being a creative artist but isn’t a fan of the limelight. This element of Stewart’s personality elevates her performance to a whole another level.

Stewart’s performance in this film is very reminiscent to that of Jekyll and Hyde. When she becomes JT LeRoy, she is very quiet and is very much afraid to say a word. However, as this story progresses, whenever we Stewart as Savannah, she becomes much more vocal and isn’t afraid to speak up. The more she gets involved with playing JT LeRoy, the more we see Savannah stick up for herself and lash out whether it be with Laura or with her boyfriend.

If you aren’t familiar with the story of JT LeRoy, Justin Kelly does an incredible job of retelling this story in a very entertaining and engaging way. The film, for the most part, sticks to the facts when recreating what happened between Laura and Savannah. The names of specific people have been changed in the film such as the character Ava played by Diana Kruger. Ava might be a fictional character, but a lot of what is shown in the movie is very similar to what occurred between LeRoy and Asia Argento in real life. The film does take a few liberties here and there but nothing that strays too far from the truth. 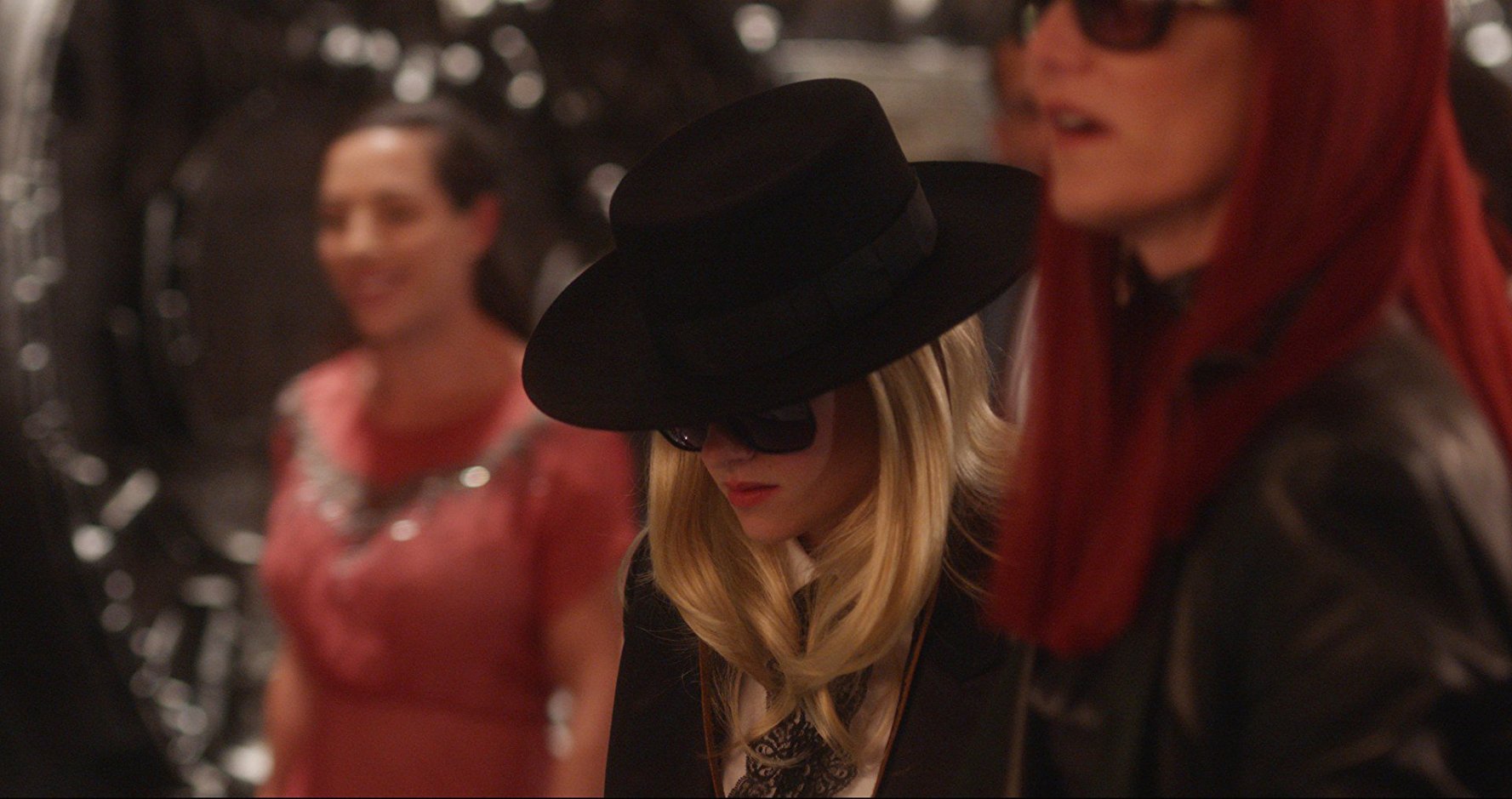 Jeremiah Terminator LeRoy is a terrific little film about identity and celebrity. The story of JT LeRoy confirms the old saying that sometimes the truth is stranger than fiction. Kristen Stewart and Laura Dern light up the screen and deliver two of their finest performances to date. If you are a fan of Stewart and/or Dern, I highly recommend seeking this one out when it is released later this year.

Scott ‘Movie Man’Menzel’s rating for Jeremiah Terminator LeRoy is a 9 out of 10.