Without several big festivals to build the buzz for popular documentaries, TIFF 2020 served as a kickoff event for several films. Dozens of documentaries made their debut at TIFF, including a few we’ve previously reviewed. The festival featured many top-tier documentaries, including I Am Greta, Inconvenient Indian, and Way I See It. Here are some of the top performers at the festival, each of which will have Oscar in their sights. We review MLK/FBI, 76 Days, and Fireball: Visitors from Darker Worlds. 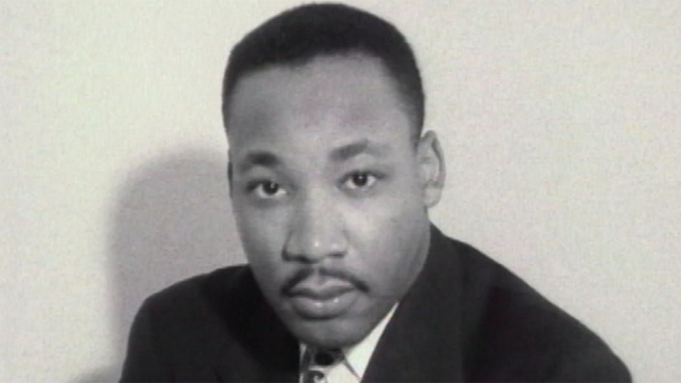 Schoolbooks and popular culture often simplify the story of Martin Luther King Jr. Today, you would assume that he was universally beloved as a leader in the United States, but history has whitewashed the reaction to the man. MLK/FBI delivers the truth: for many white Americans, he was seen as a threat. Disinformation surrounded the man, and J. Edgar Hoover‘s FBI thought he was susceptible to communist influence. The Bureau began covert surveillance into King, which led to one of the darker periods in the Bureau’s history.

Director Sam Pollard expertly builds the story and events that led to the investigation. Pollard takes the gloves off, explaining King’s triumphs and faults as a husband. He never pulls punches and as a result, he becomes a credible observer of the facts. This credibility goes a long way, allowing him to hit the FBI without canonizing King.

For every negative mark Hoover assigns to King, it becomes clear that the FBI’s actions were deplorable. The surveillance put King and his cohorts in danger, not only from members of the Bureau, but from those who would wish him harm. , and create the impression that Hoover’s teams were incentivized to sensationalize their material. Juxtaposing FBI reports and material with King’s close friends help to showcase this phenomenon. Pollard’s pacing, storytelling, and style contribute to a stunning portrait of government malfeasance. 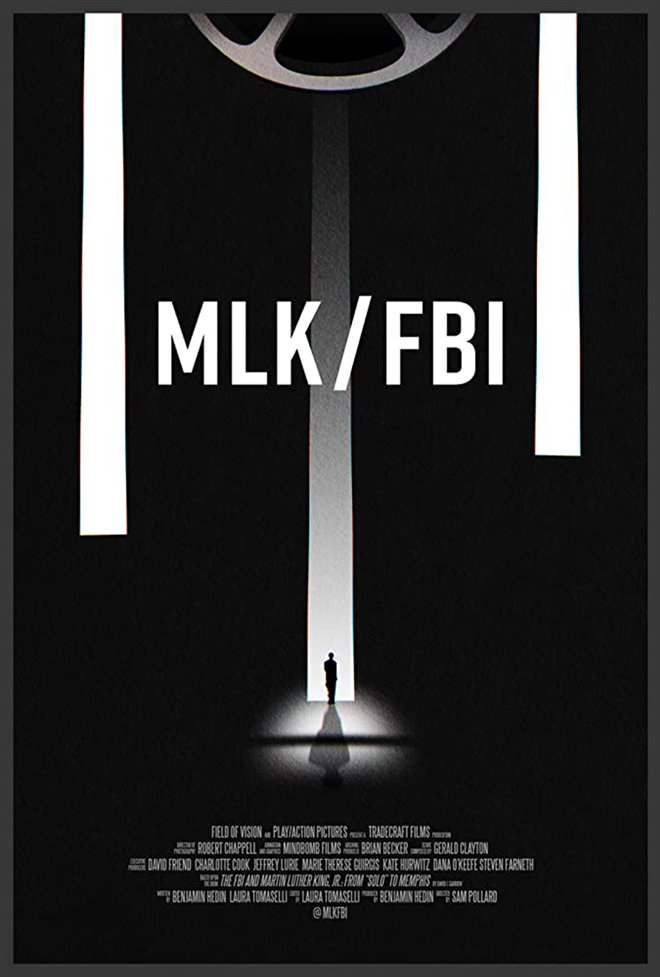 The effects of COVID-19 on the United States are undeniable. As we enter our sixth month of quarantine, with over 200,000 fatalities, COVID continues to dominate our news cycle. As the frustration with the virus continues throughout the country, a new documentary looks at the origins of the disease from the ground. 76 Days follows the early days of the pandemic from Wuhan, China. Documentarians Weixi Chen and Hao Wu capture the early days of the virus. Beyond capturing the sadness associated with the deaths resulting from COVID, its fly-on-the-wall style creates a stunning look at the Chinese medical system. 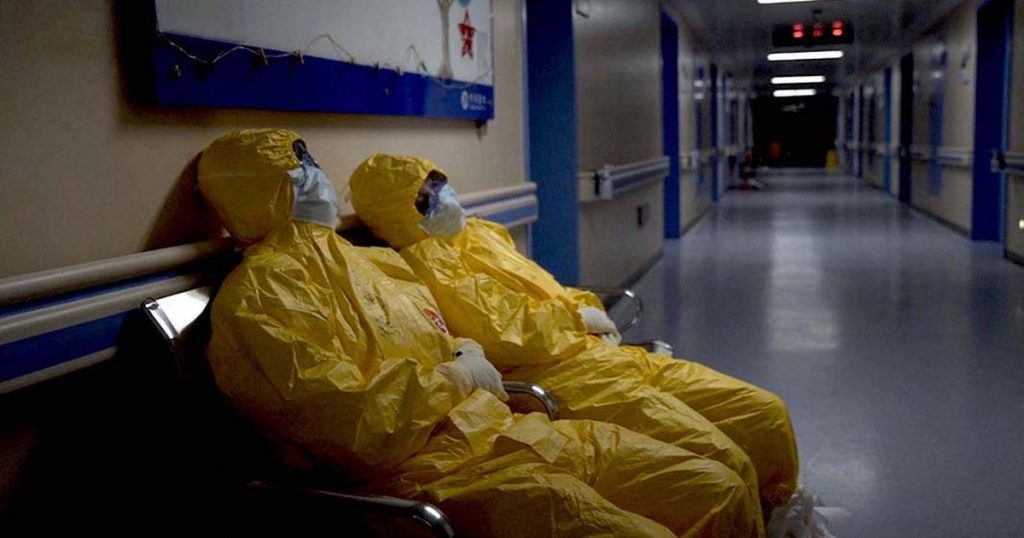 Early in the film, dozens of potential patients bang on the doors asking to be let into the hospital. The Walking Dead parallels are unavoidable, as many men and women beg to receive treatment for COVID. The images are striking, to say the least. They also come on the heels of a death, which opens the film on an emotional note. Chen and Wu tap into the pathos of the moment, and it becomes difficult to ignore the destruction the virus causes.

Perhaps most interesting is the observation of the day-to-day in the hospital. We witness the small moments of professionalism in the hospital, with some health professionals making phone calls to inform the families of the dead. We see the interpersonal relationships within the walls of the hospital, as well as patients discussing their diagnosis with their families. The staff adapts to the circumstances quickly, and even though the deaths create emotional moments, normalization occurs. It’s a disturbing reality that sets in over the final act. With more insight into how the world outside the hospital (we get limited scenes), the sheer documentation of the virus in Wuhan could have become an essential film for 2020. Regardless, 76 Days utilizes the focused and minimalist tale to shine a light on the origins of an event that would change the world. 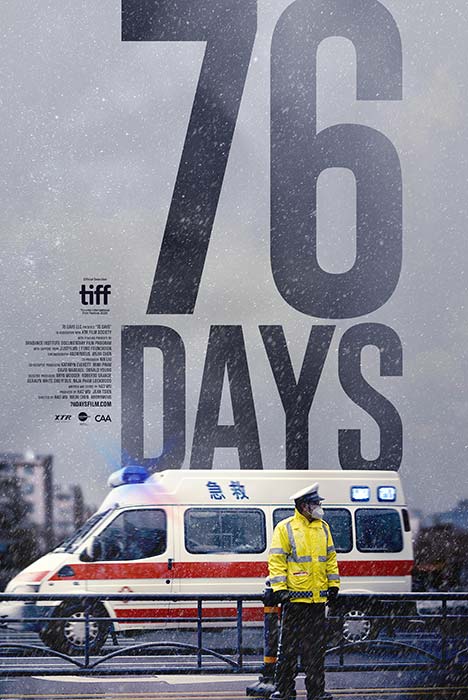 Fireball: Visitors from Darker Worlds: 6 out of 10

There’s something reliable about the later works of Werner Herzog. Nothing about his films are bad, and in fact, the moments he captures are often fun. Herzog actively looks to upend “film school” techniques, breaking his observational role as a documentarian. Combining Herzog’s firebrand spirit and his philosophical narration yields another entertaining result in Fireball: Visitors from Darker Worlds. While Fireball will not be Herzog’s magnum opus, Herzog’s ability to recontextualize our role in the universe never ceases to amaze.

With Fireball: Visitors from Darker Worlds, the famed director turns his lens towards meteorites and their remnants on Earth. Another globe-trotting adventure, Herzog interviews amateur, and professional scientists to understand how we study these celestial bodies. Despite often capturing scientists performing dull or monotonous tasks, the passion comes through in every scene. These professionals genuinely seek knowledge and understanding of the universe, discovering new ideas and insights every day. 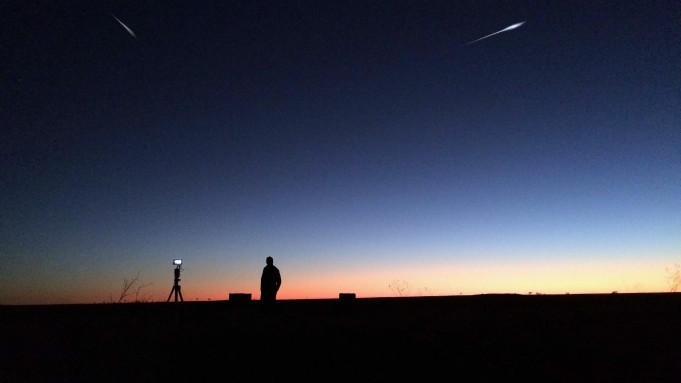 That thirst and fervor bleeds through Herzog’s floating, energetic camera. Utilizing the imagery captured with some of the world’s smallest and largest cameras, the visuals of Fireball are beautiful. Finding a dark black meteor in the snow, or taking a picture of the smallest fragments, all astound. Drone shots of craters add scale to emphasize the geological devastation.

Surprisingly, Herzog hands most of the interviews with other experts. Ultimately this hurts the film twice over. None of the interviewers who step in are as intriguing as Herzog himself, and at one point, he literally steps out from behind the camera to tell a joke. Second, the lack of Herzog also means less energy. This slows the film as a whole. Fireball: Visitors from Darker Worlds will certainly appeal to Herzog fans. Outside of this fanbase, Fireball could get lost in the fray. 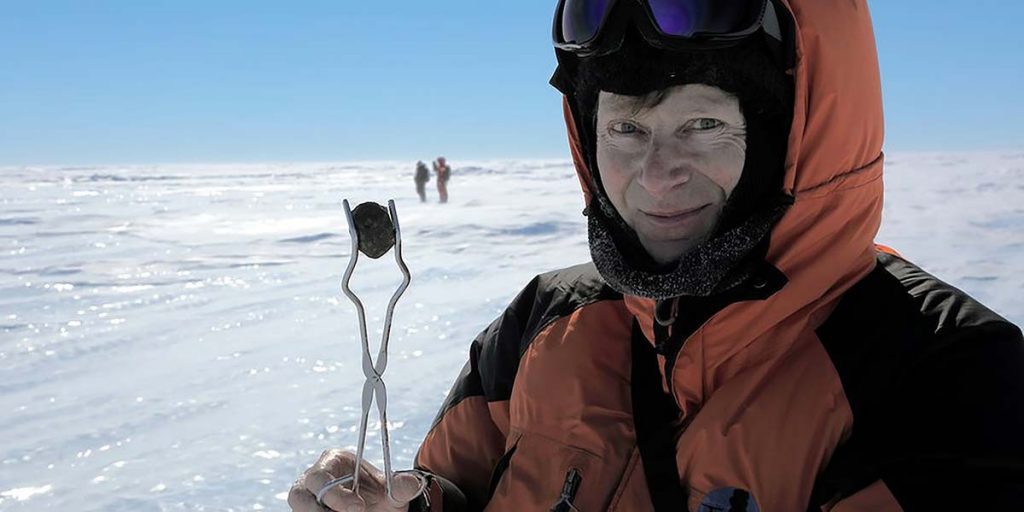 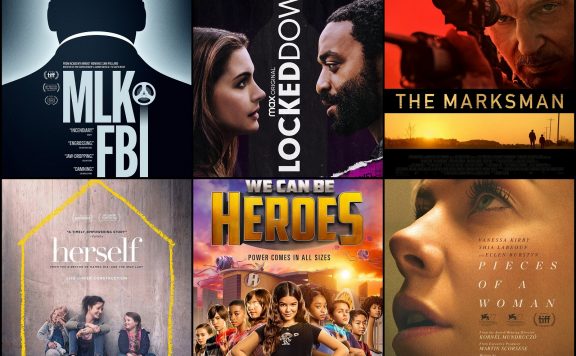