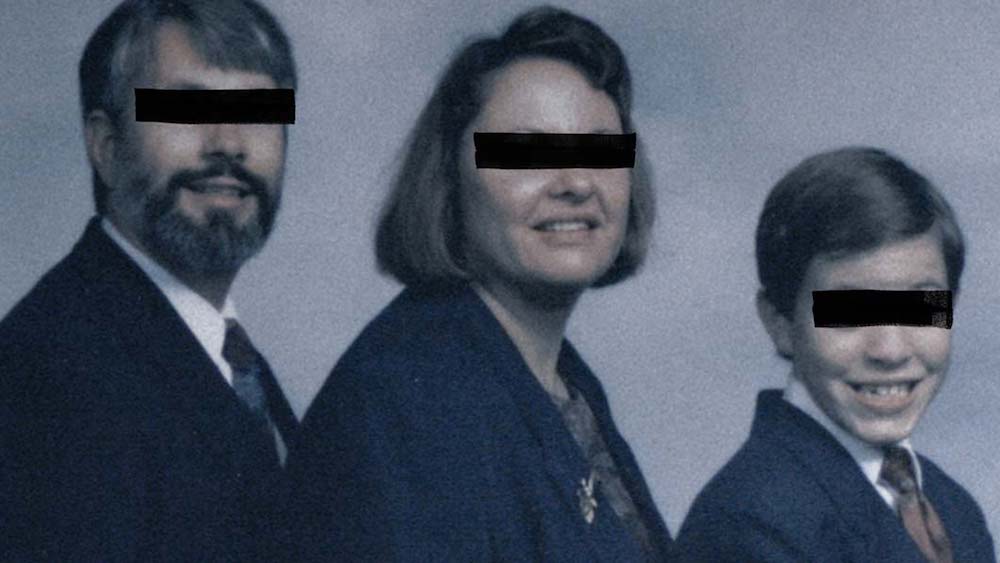 Standing up to the government has long been a right of passage for those on the fringe. In the internet age, disinformation spreads faster than ever. This makes holding legitimate or classified information more important than ever. In the past decade, Julian Assange, Chelsea Manning, and Eric Snowden have become cult heroes for their efforts to speak up about this data. In the case of Matt DeHart, his efforts with Anonymous and WikiLeaks made him the next potential whistleblower. Director Sonia Kennebeck examines DeHart’s case in Enemies of the State, diving into the parents struggle to save their son. Unfortunately, the problematic nature of DeHart as a protagonist ultimately plants the seeds for an uneven documentary on paranoia in the digital age.

Kennebeck quickly paints a portrait of the DeHart family from the onset of the film. A call to duty brought Matt’s mother (Leann DeHart) and father (Paul DeHart) together. Their son may have been a magnet for trouble, but he too would follow in their footsteps. After joining the service, it became clear to Matt that there were real issues going on within the Armed Services, and soon Depression set in. After an Honorable Discharge, Matt begins his contributions to WikiLeaks, immediately putting him in the path of obtaining classified documents. Soon, the government comes calling, and the DeHart family fleas America for political asylum.

Utilizing original interview recordings and staged reenactments, Kennebeck looks to shine a light on DeHart’s process. It’s clear early on that Errol Morris‘ choice to serve as Executive Producer is a perfect fit. Kennebeck’s own style draws heavily from iconic Morris documentaries, particularly The Thin Blue Line. The true-crime set-up helps grip the viewer early, but the film meanders over more than five years. From 2010 to 2015, DeHart would be held in prison for possession of child pornography. The story gets choppier as Enemies of the State bounces between the family’s Candian border crossing and DeHart’s legal troubles. As the film drags, the wandering between timelines becomes grating. Despite interesting revelations, Enemies of the State can never live up the thriller it desperately needed to become.

The film lays its emotional center with Matt’s parents. The one-on-one interviews feature impassioned speeches about protecting their son.  Their love shines through and gives the film heart that many cyber-thrillers documentaries lack. However, as the filmmakers discover more about Matt’s activities, their credibility diminishes. That is not to say that events described by Matt did not occur. In fact, there seems to be plenty of evidence that the government used unlawful techniques in their interrogation of him. Yet the depiction of Matt as a saint and freedom fighter ignores his flaws and demons.

The ultimate flaw of Enemies of the State is the pendulum structure of Matt’s story. The back and forth between the narratives create whiplash that halts the momentum of the film. The sensation undercuts our belief in the subject as a freedom fighter. Instead, Enemies of the State creates its own microcosm of disinformation.

ALAN FRENCH’S RATING FOR ENEMIES OF THE STATE IS A 4 OUT OF 10. 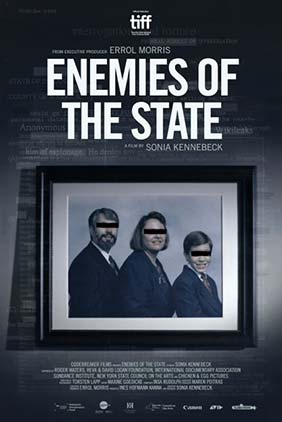 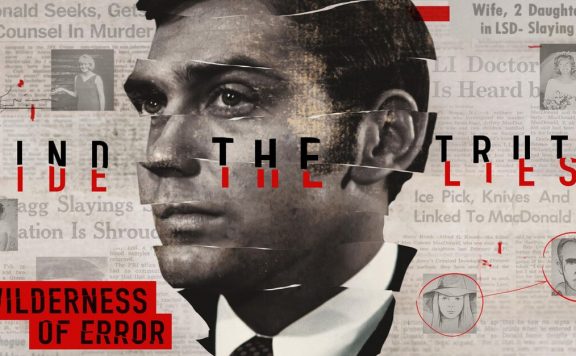 An American family seeks refuge in Canada after their hacker son is targeted by the US government, in Sonia Kennebeck’s bizarre story of secrets and lies.
0
Average User Rating
0 votes
Please sign in to rate.
Film:Enemies of the State
Director(s):Sonia Kennebeck
Genre:Documentary