It’s hard to fathom that a man with the career of Sir Anthony Hopkins would save his best performance for now, yet here we are. Not only is The Father, one of the best movies of 2020, but Hopkins’s performance is one for the ages. Yes, it’s much better than Silence of the Lambs, which he won an Academy Award for playing Hannibal Lecter. With sixty years of work both on screen and stage, Hopkins is the most vulnerable he’s ever been on in Zeller’s adaptation of The Father. Watching him navigate the beautifully crafted narrative was akin to seeing Michaelangelo sculpting David in real-time. It was evident very early in the film that we were bearing witness to greatness.

Hopkins plays Anthony, a man who is almost 80, and his daughter Anne (Olivia Colman) has come to take care of him while encouraging him not to fire this latest healthcare worker. She informs Anthony that things are on the horizon are likely to change because Anne is moving to Paris, which he doesn’t accept. Seems pretty easy to understand at first until his daughter exits and reenters the scene only now is being played by Olivia Williams. It looks confusing until the audience realizes that Zeller’s piece is far from straight forward and is an actual representation of dementia. With moment from this point on, we begin seeing this story through Anthony’s eyes as matters get progressively worse. 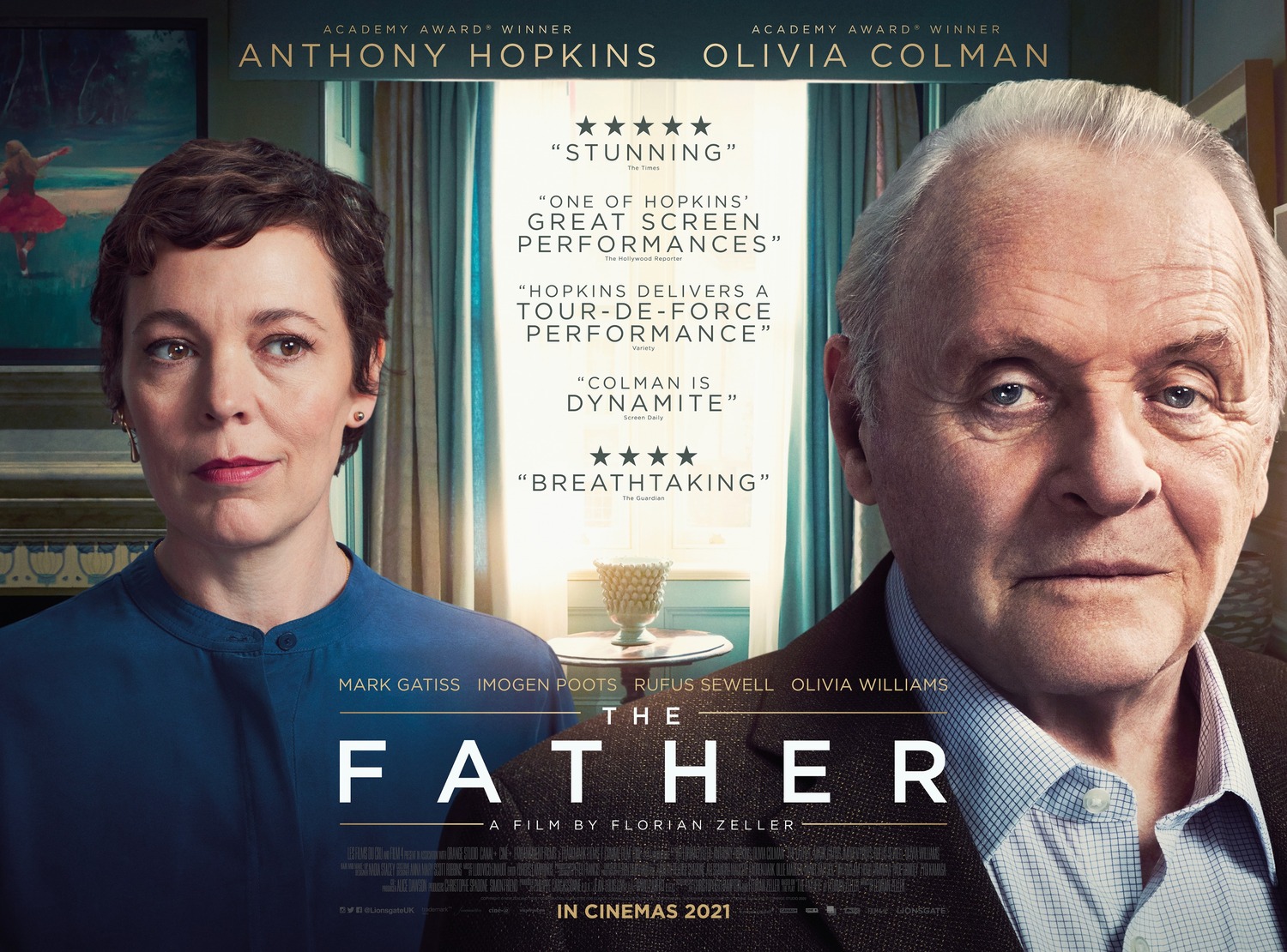 There isn’t a beat of this movie that isn’t effective. The supporting cast of the film is terrific. Watching Colman and Hopkins onscreen together was a thing of beauty. Each actor was able to get the most out of Christopher Hampton’s narrative. Colman’s performance is mostly reserved, but the Oscar Winner possesses that uncanny ability to show such a deep well of emotion in her body language. The pain Anne (Colman) feels about her father, Anthony (Hopkins) is clearly shown in her eyes. She realizes that being too open in front of her father could be lead to severe consequences.

Hopkins’s performance is different than anything we’ve ever seen him do. Anthony is an enormously proud man coming to grips with the idea that his mind is going. Nothing in life can prepare someone for that moment, and the Oscar winner brilliantly projects that fear on screen. There is a moment in The Father when Anthony longs for his mother. He says, wailing into his nurse’s shoulder, “I want my mommy … I’ve lost … I’ve lost all my leaves … I feel like I’m losing my leaves, the branches, and the rain.” That moment is a culmination of a gradual build of fear resulting in the Oscar winner becoming a shadow of what he once was. It’s heartbreaking to watch but a magnificent moment in Hopkins storied career.

In a year with so much turmoil and strife, we are fortunate to witness this level of performance on screen. The Father is without question a tough watch but a necessary one. Zeller’s film shine’s a light on the horror of dementia and the ripple effects on the whole family. 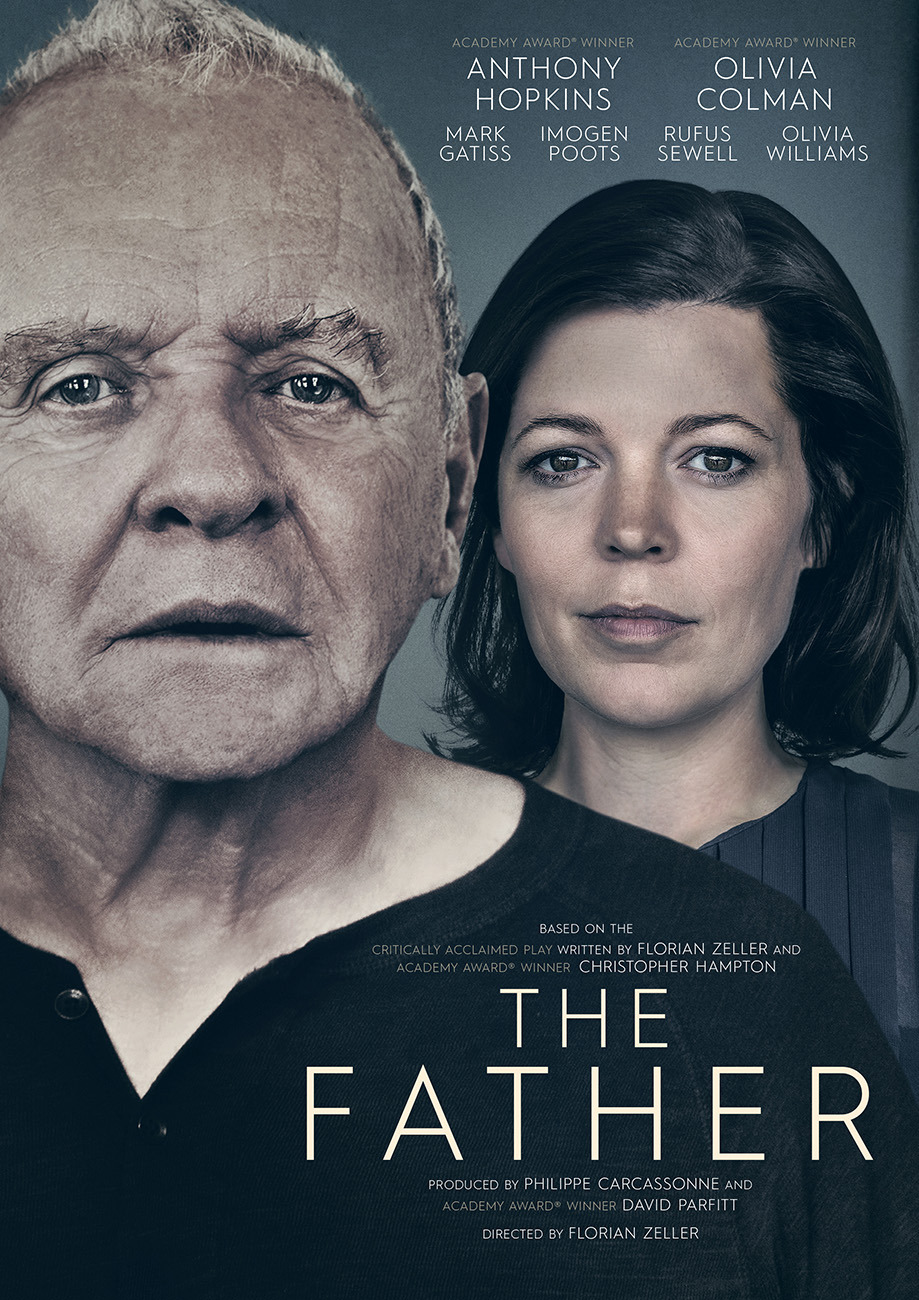 Written by
Dewey Singleton
Dewey Singleton has been a film critic for 8 years. His work has been seen on Insessionfilm.com, Bleedingcool.com, deweysmovies.com, and awardswatch.com. He is a member of Rotten Tomatoes and a proud member of the Critics Choice Association.

TIFF 2020 Review: ‘The Father’ is a tough watch but a necessary one

A man refuses all assistance from his daughter as he ages. As he tries to make sense of his changing circumstances, he begins to doubt his loved ones, his own mind and even the fabric of his reality.
0
Average User Rating
0 votes
Please sign in to rate.
Film:The Father
Cast:Anthony Hopkins, Imogen Poots, Mark Gatiss, OLIVIA COLMAN, Rufus Sewell
Director(s):Florian Zeller
Writer(s):Christopher Hampton, Florian Zeller
Genre:Drama
Studio(s):Sony Pictures Classics
MPAA Rating:PG-13