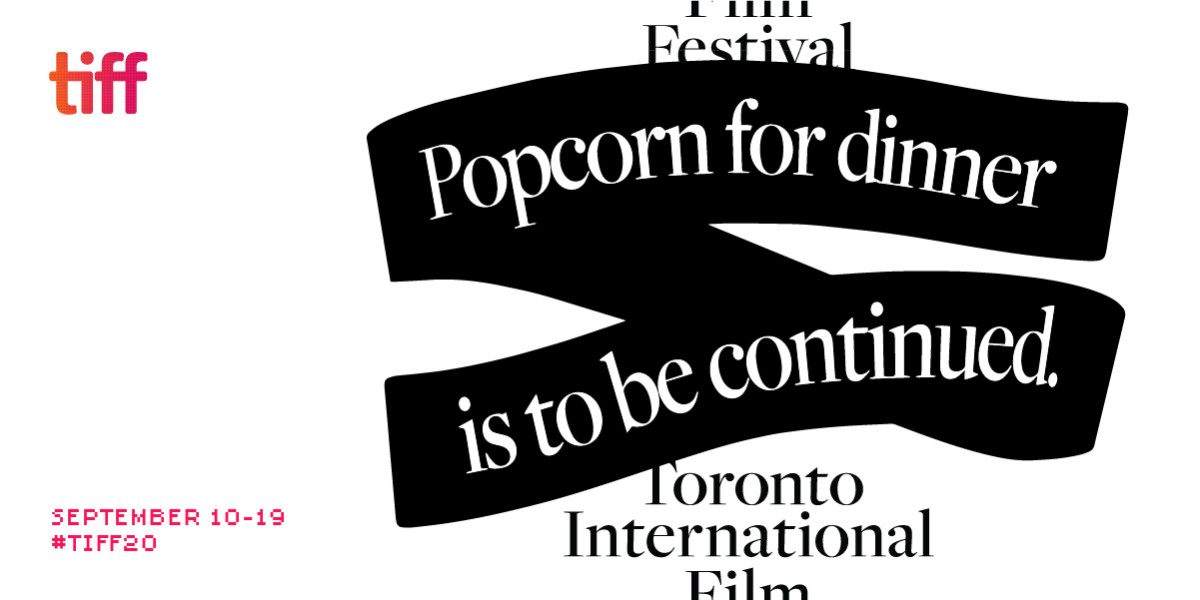 The first segment of TIFF’s Short Cuts program features seven short films from around the world. These stories tap into the most innate and fundamentally human elements, whether that involves grief, memory, or simply the essential desire for connection. They’re comedies, dramas, animated pieces, and some that fall somewhere in between, but they’re all thought-provoking and deeply moving. 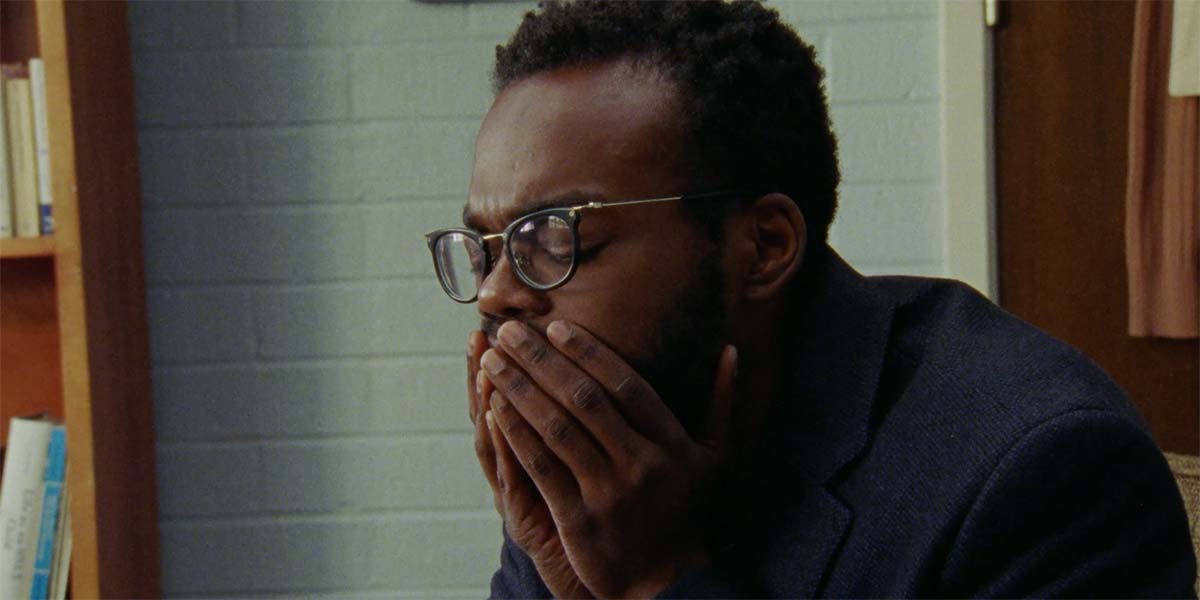 Directed by Silicon Valley’s Zach Woods, David is an absurdist comedy about a therapy session gone wildly wrong. William Jackson Harper plays David, a man deep in the throes of depression, questioning his will to live, while Will Ferrell is his even-tempered, thoughtful therapist. But things take a turn when a thoroughly keyed-up teenager in a singlet shows up, demanding that his father attend his wrestling match. What follows is an absolute nightmare of a therapy session, with the son arguing with his father over the toll the counseling practice and, by extension, David’s mental health issues, have taken on their family dynamic. It’s sad and hilarious and, like many of Woods’ other work, full of things that are so bizarrely dark that a torrent of nervous laughter feels like the only natural response. 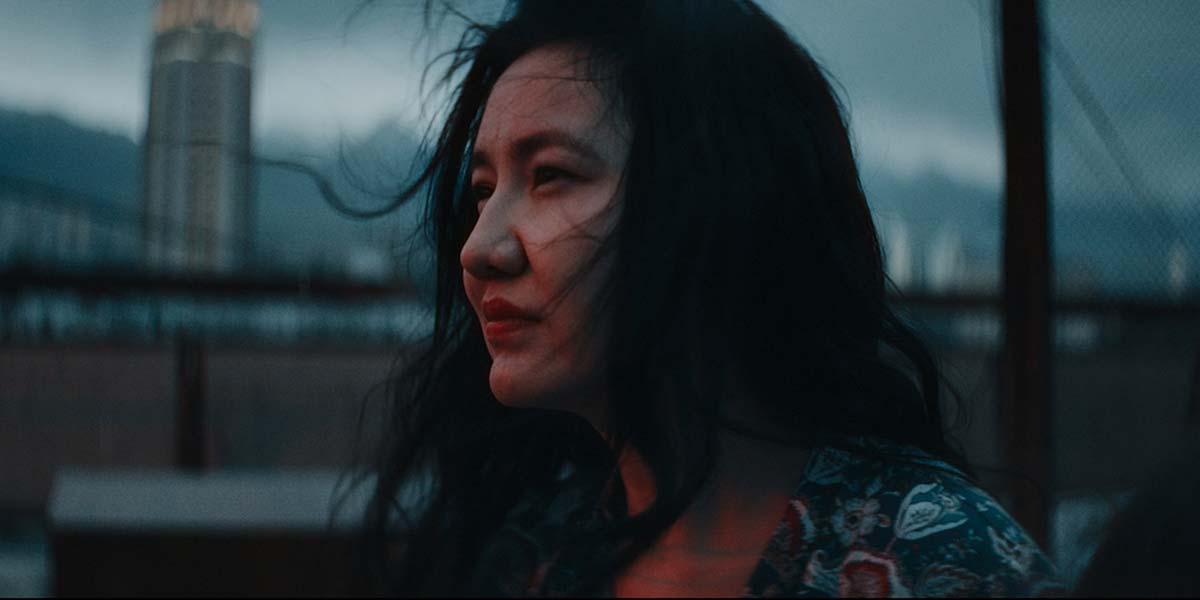 History of Civilization is a quiet, slice-of-life piece from director Zhannat Alshanova that explores a young woman’s decision to leave her native Kazakhstan for a language program in London. Although she lives a fairly cosmopolitan lifestyle, her community feels small and tight-knit: everyone is eager to discuss with her why she’s leaving and every other aspect of her life, which can be both comforting and suffocating. There’s an interestingly loaded conversation she has with some of her friends, one of whom questions the ethics of her leaving after obtaining a state-funded degree and thus contributing to brain drain, which points to complicated political discourse within countries like Kazakhstan. But more than anything else, History of Civilization touches on the universal experience of having mixed feelings over leaving the familiar life which is everything you’ve ever known, and being uncertain if you’re really ready to strike out on your own. 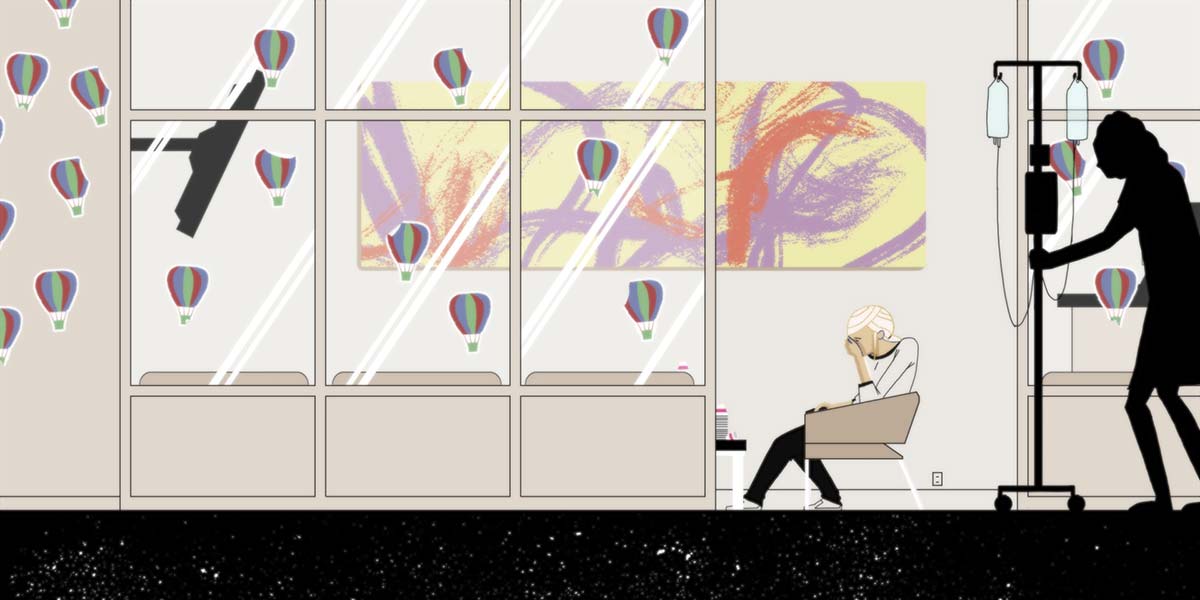 The sole animated piece of this shorts program, 4 North A is an exploration of grief, memory, and death. As a young woman sits in the hospital with her terminally ill father, she flashes back to memories from her childhood that represent her first real reckonings with death: finding a dead bird in the yard, fishing with her father watching a fish take its last gasping breaths, and being pressured by friends to kill a snake. Especially significant is that in each of these moments, she looked to her father to make sense of the incomprehensible; her father’s impending death will be the first time he’s not able to provide that for her. Visually dynamic and unbelievably heartbreaking, 4 North A uses the medium of animation to address loss in an incredibly effective way. 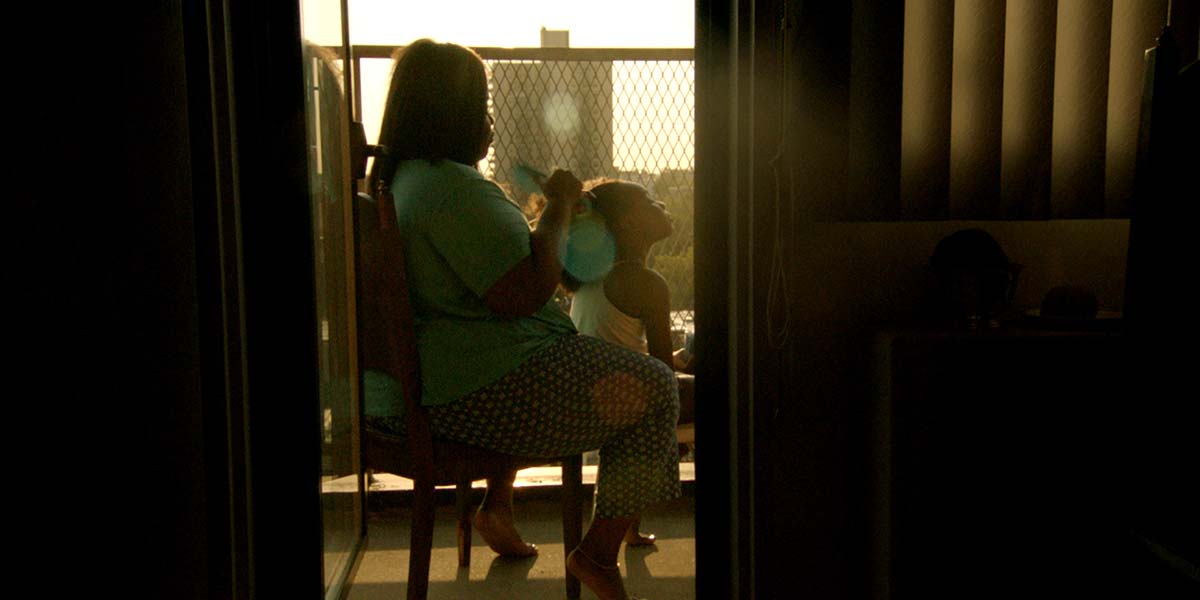 It’s the Bronx in 2003, and all the lights are out. Seventeen years ago, there was a massive blackout that affected several Northeast states and parts of Canada, and it took days before electricity was fully restored to New York City. In Sudden Darkness explores one Black family’s experience living through the blackout in the Bronx. And what’s especially striking about how director Tayler Montague constructs this narrative almost as though it’s the hazy memory of the family’s daughter, Tatianna. Yes, the film highlights the frustrations of the blackout: it’s hot as hell, everyone is tense, and the local pizza place has run out of cheese because no one has anything to cook at home. But what occupies a much larger space are the more intimate dynamics within the family. A quiet moment of bonding while the mother gently does her daughter’s hair, an impromptu, giggly dance session in the cramped living room. These are the memories of childhood, the seemingly inconsequential moments that linger in the mind even in the midst of a major disruption like the 2003 blackout. 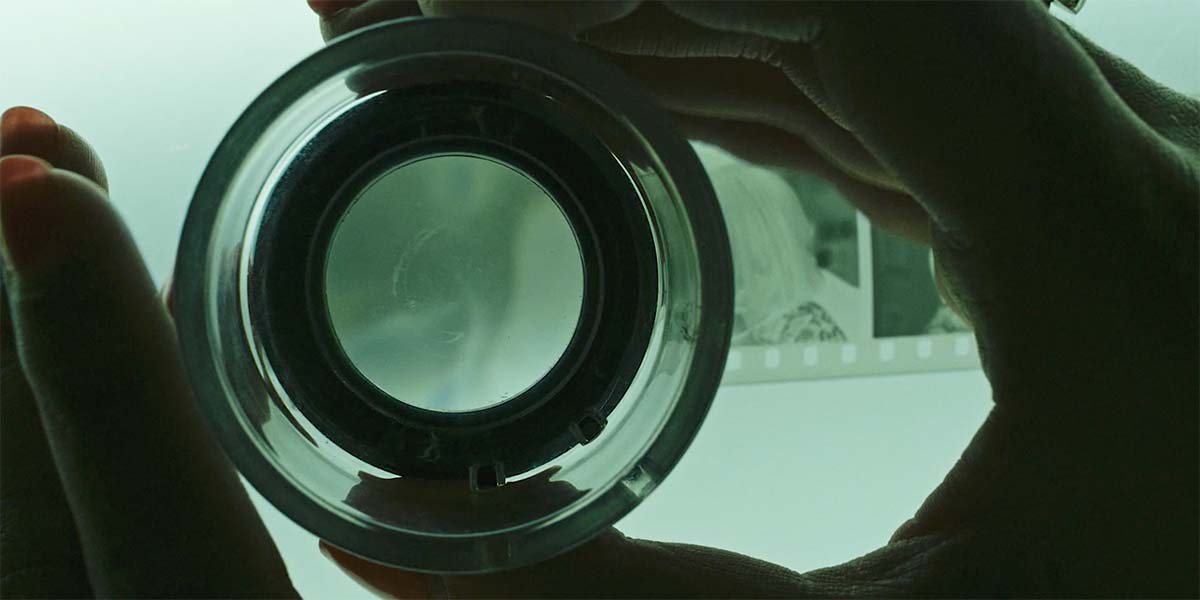 In Still Processing, director Sophy Romvari turns the camera on herself and creates an intensely intimate, personal visual experience. Memories are precious, but there’s something about the tangibility of old photographs and home videos that allow you to access the past in a much more meaningful way. Romvari receives a box of treasures from her parents, a full catalog of her childhood documented through her cinematographer father’s camera lens. Seeing these candid photos of her as a young girl with her siblings elicits a strong emotional response, forcing her to confront the grief over the untimely deaths of two of her three brothers within the past decade. But as much as Still Processing is a memorial to them, it also functions as a confessional for Romvari; she uses subtitles to tell her parents and lost brothers the things she never felt she could say out loud. It’s a devastating watch, one that creates the rare emotional connection that comes from a director willing to bare their soul to the world. 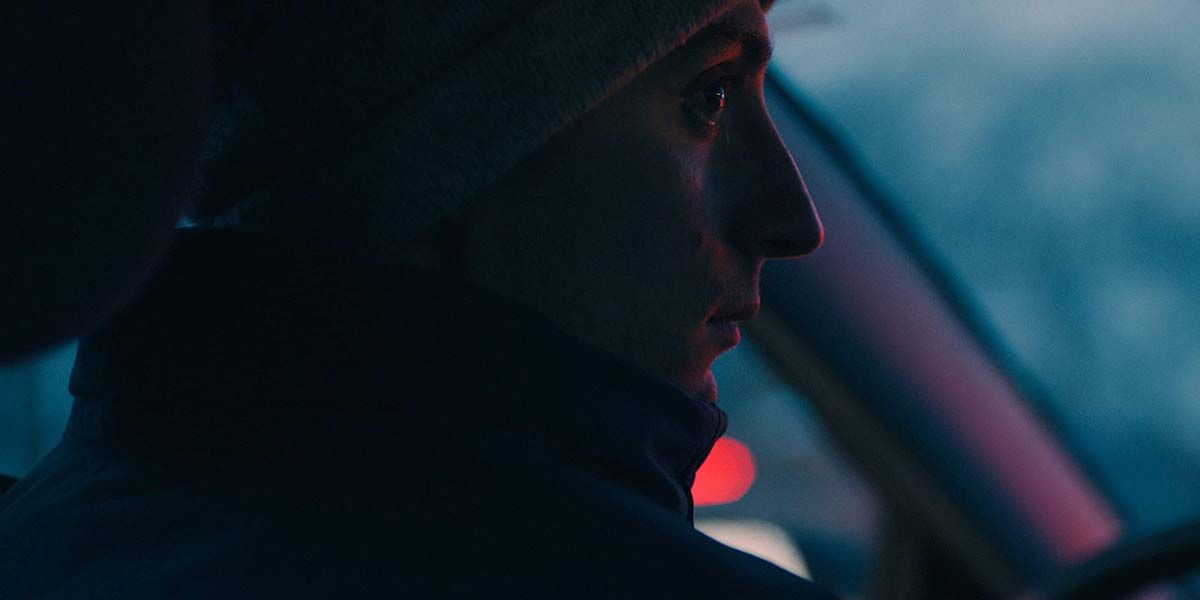 Compared to a lot of the other films featured in this programming block, Canadian film Found Me is unapologetically light. It’s about a quiet, unassuming young man working a boring, generic office job who comes to life when he discovers the world of underground wrestling in Quebec City. His interest peaked, he basically goes down a rabbit hole of learning about the community and eventually gets the opportunity to find passion, joy, and self-confidence by becoming a referee for local matches. Honestly, it has shades of an incredibly wholesome Fight Club. Watching him discover a new hobby that excites him as well as finding something within himself is a delight, and a welcome balm after some of the heavier shorts included here. 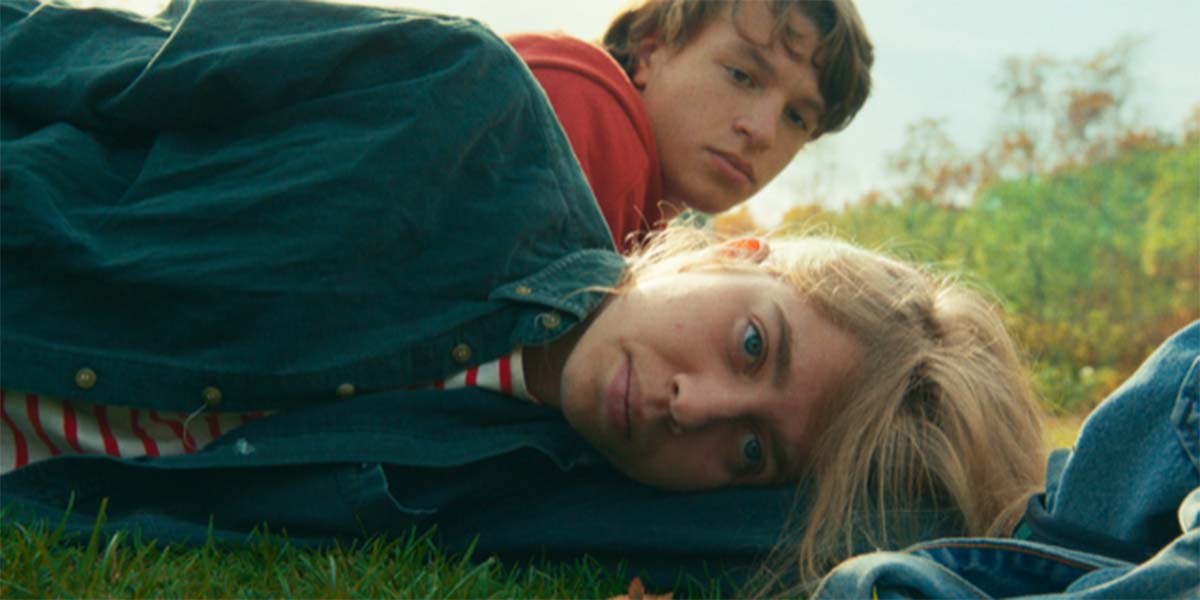 Marlon Brando: the great unifier, the man to whom all human beings are attracted. He’s the namesake for this film, but he also serves as a point of connection and a means of reconciliation between two queer teenagers growing up in the Netherlands. In Marlon Brando, Cas and Naomi are inseparable and find in each other a kindred spirit. They are even resolved to go away to college together, a plan that is thrown into turmoil when Naomi decides that she needs a fresh start, and Cas makes a rash decision that splinters their relationship. Marlon Brando is a poignant coming-of-age story that highlights the bittersweet process of growing up, leaving home, and building a new adult life for yourself. 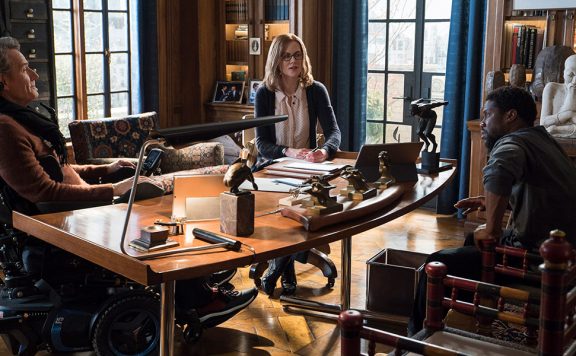 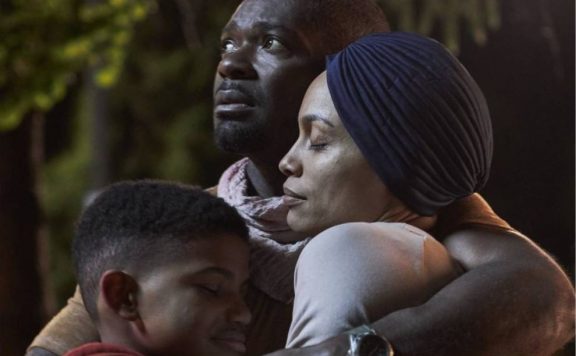 Audrey Fox reviews all of the short films found in the Short Cuts Programme 1 that premiered at the 2020 Toronto International Film Festival. The films included in this Programme are David, History of Civilization, 4 North A, In Sudden Darkness, Still Processing, Found Me, and Marlon Brando.
0
Average User Rating
0 votes
Please sign in to rate.