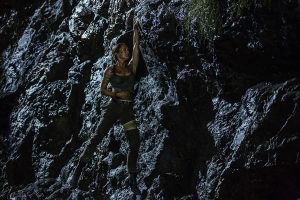 When I played Tomb Raider 2 on by 486 PC in college, I liked it because you could jump across a gap, grab onto the ledge and pull yourself up. It always annoyed me when I missed a jump in Super Mario Brothers because I thought, “In real life wouldn’t Mario just grab the ledge?” I don’t remember if Angelina Jolie grabbed any ledges. She must have in Cradle of Life, but Prince of Persia was the first game that did that and their movie completely failed me. Alicia Vikander’s Tomb Raider is the Citizen Kane of grabbing onto things and pulling herself up. 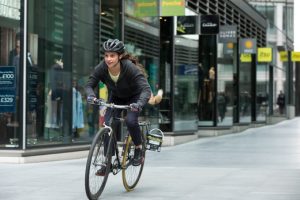 When we first meet Lara Croft (Vikander), she’s not the tomb raider we know yet. This is her origin story, which is not how the Jolie movies played it but it worked for the game franchise. She gets beaten by a sparring opponent and loses a race (the latter she actually would have won but she lost her concentration). Yet we can see the Lara Croft we know already. She’s independent and even when she loses, she holds her head high and claims small victories (like when she’s screwed by a pawn shop).

Lara’s been reluctant to declare her missing father Richard (Dominic West) legally dead, therefore denying her own inheritance. A clue in Richard’s will is the first puzzle Lara solves and leads her to discover the secret quests Richard for which was always leaving. Perhaps it frames Lara’s awakening under her father’s umbrella, but if it has to be that way I see a positive message. Society and the arts are always trying to frame women as functions of men. Tomb Raider says that a woman can self-actualize and surpass her father. 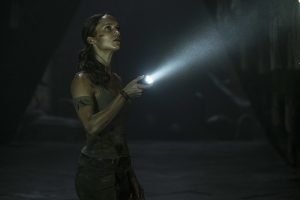 As a video game, Tomb Raider felt like you were playing Raiders of the Lost Ark. As movies, they actually have to live up to Raiders of the Lost Ark. There are some good action sequences that build and build and build like a Spielberg sequence. Particularly, a scrapped airplane hanging over a waterfall and the booby-trapped tomb are exciting romps.

They fall just short of epic because the stakes are generic. They have to prevent the end of the world, and I’m really not worried that Lara is going to fall and die. Remember, Indiana Jones just wanted to get artifacts for his museum, and sometimes he ended up stopping the Nazis or rescuing kidnapped children. She doesn’t even yet have the archeologist’s sense of need to preserve historical artifacts. That would be more relatable and will hopefully come in the sequels (though they still hint at preventing world domination). 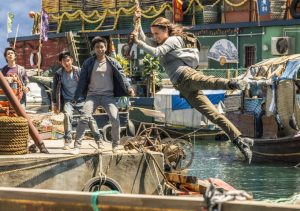 The scene with the most stakes in Tomb Raider is a pier chase when some thieves steal Lara’s bag. Lara really needs to get that bag back. She’ll never finish her father’s mission without the stuff and if she loses them, she’ll never find them again. 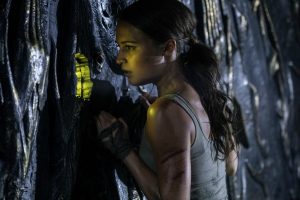 The puzzle are fun too. The entrance to the tomb isn’t really clear how she’s solving it, but it looks similar to an earlier one she solves. The color puzzle works really well. It’s explained clearly and it builds and builds getting more and more deadly as she rushes to solve it.

Tomb Raider does climax in a discovery that’s intense and scary but just barely passes for PG-13. If your kid thinks he’s tough because he didn’t get scared, show ‘em the Nazis’ faces melting, with or without context. 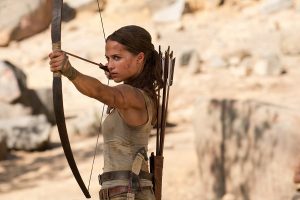 Vikander is an incredible Lara Croft. Give her more action franchises. She commits to the physicality but this isn’t just a demo reel for her personal trainer. It looks like she’s acquired some skills she knows how to use, and I will follow her to the ends of the earth raiding more tombs. 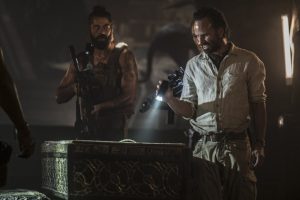 Walton Goggins is excellent as always. He’s the villain but seems to have moments where he’s just a guy doing a job. I bet Goggins did the backstory of how he slipped down that slope to justify working for the bad guys. And it’s cool that Daniel Wu plays Lara’s partner who puts Lara first. The woman usually plays that thankless role, and Wu seems to acknowledge fair is fair. He’s got a character with his own needs but doesn’t make it all about him. 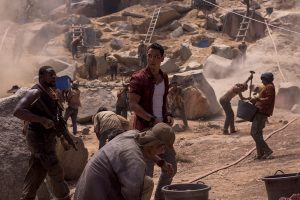 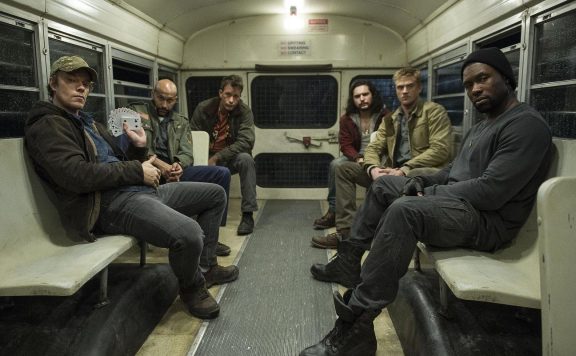