After three dark and polarizing DC films, audiences have warmed up to Wonder Woman over the weekend. There’s no denying that this is one of the better origin stories in recent memory. In my review of Wonder Woman, I even deemed the film triumphant and energetic. Though there are problems that plague the third act (every DCEU film has it), it remains an inspirational and provoking film. Some have even labeled it the Superman: The Movie of our time for little girls. While that case is surely warranted, we’ll know soon enough if it stands the test of time.

Five other origin stories certainly have over the years. And if you’re in the mood to watch the beginnings of the Man of Steel or the Caped Crusader, you might as well pick out the best of the best.

Below I’ll be breaking down my top 5 superhero origin films. 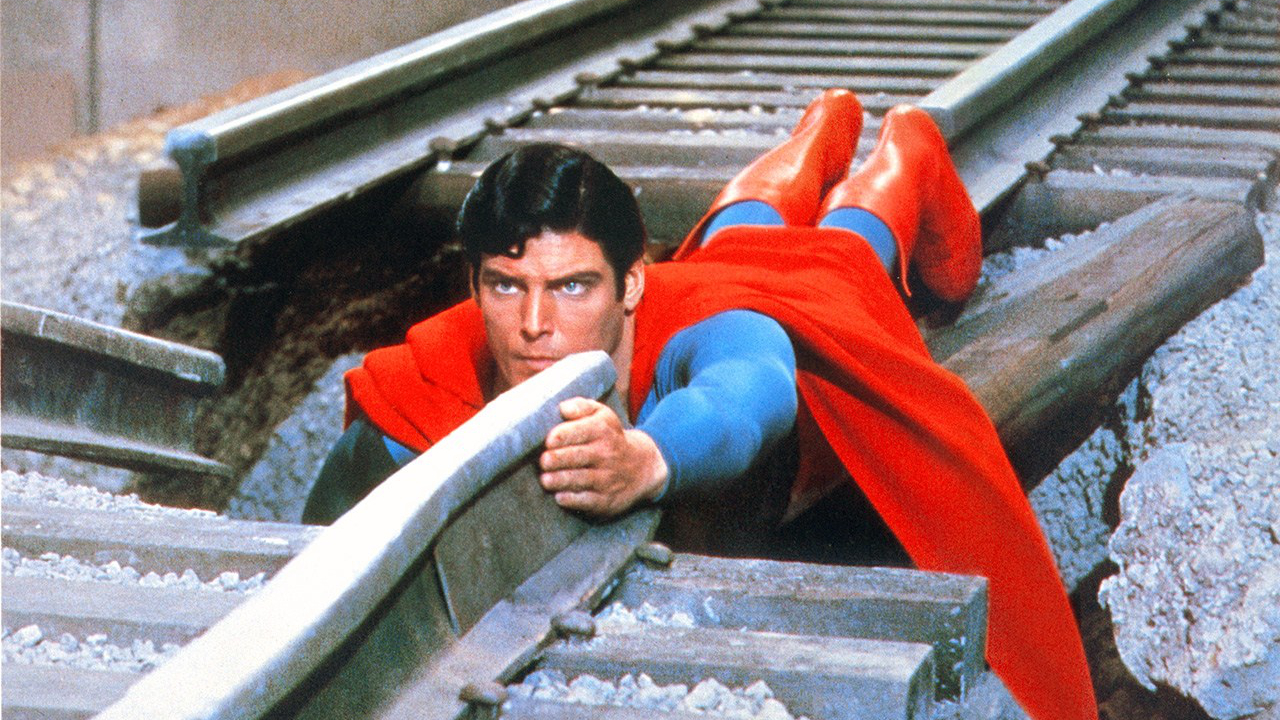 Kicking off this list is the granddaddy of superhero origin films, Superman: The Movie. 12 years after the campy Batman: The Movie, Richard Donner’s Superman was the very definition of a superhero film for many, many years. Like Wonder Woman today, Superman was a sweeping epic. We went along the journey of Kal-El, who grew up on Earth as Clark Kent/Superman. This is when DC films were uplifting rather than go down the dark and depressing path. No, this Superman doesn’t mope or snap any necks either.

While Superman II: The Richard Donner Cut is the more entertaining chapter in the Donner/Reeve era, that’s nothing against Superman: The Movie. Christopher Reeve became an instant classic overnight and Margot Kidder and Gene Hackman are both solid in supporting roles. Superman: The Movie is dated compared to today’s standards and ideals. But it deserves plenty of credit for all its achievements and gave us hope that a man could fly. 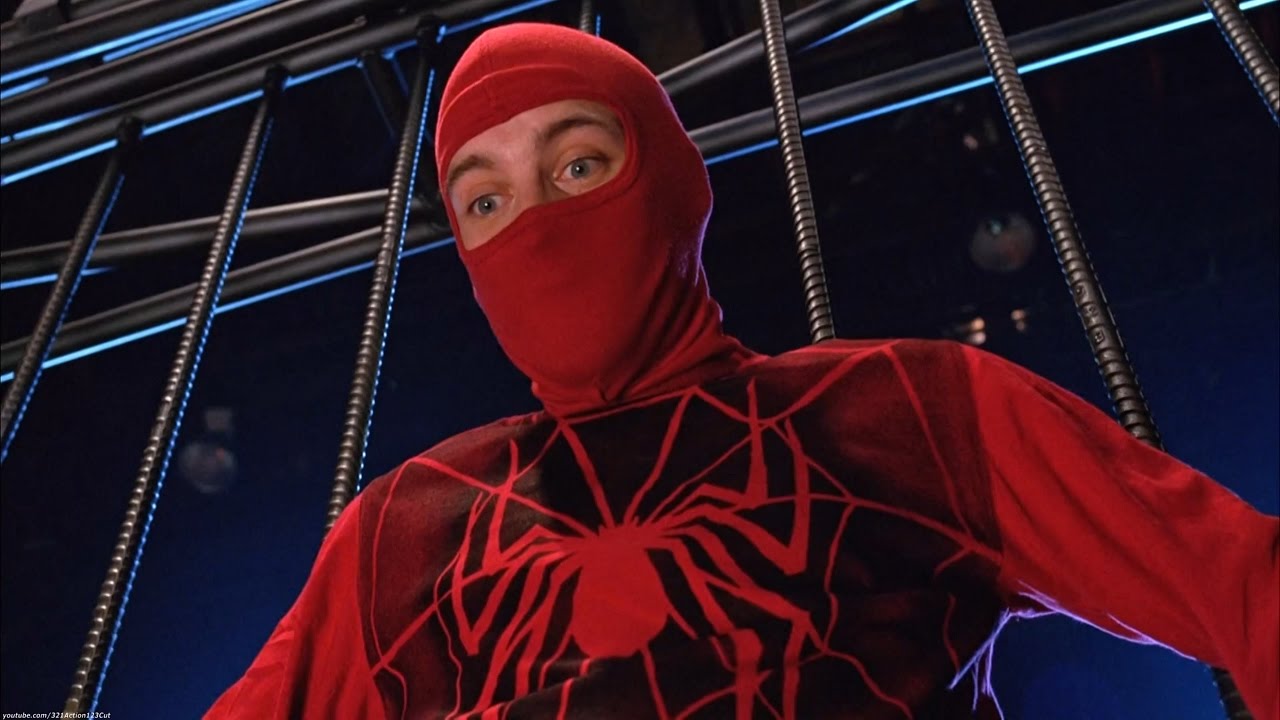 Like Superman: The Movie, Sam Raimi’s Spider-Man was revolutionary for its time. We weren’t dealing with alien gods and vigilantes for once. Rather, a kid from Queens with superhuman abilities. Tobey Maguire’s Spider-Man was the every man superhero. For many who saw Spider-Man in 2002, the superhero sensation hit home for many viewers. We couldn’t muster up the courage to ask the hot girl next door out. The social atmosphere of school was an absolute nightmare. And one way or another, we just wanted to make a difference. Spider-Man hits all of those points home with such endearment.

It’s been 15 years since the release of Spider-Man. Yes, it’s cheesy and without a doubt a by-product of the early 2000s, but it still hold up. The human element is ever present in Maguire’s nerdy Peter Parker. Its simplicity and triumphant finale transcend time and celluloid. And it had to live up to its memorable manta – “With great power come great responsibility.” By leading a new generation of stellar superhero films, it did that. Let’s just forget some of the bad ones that slipped through the cracks. 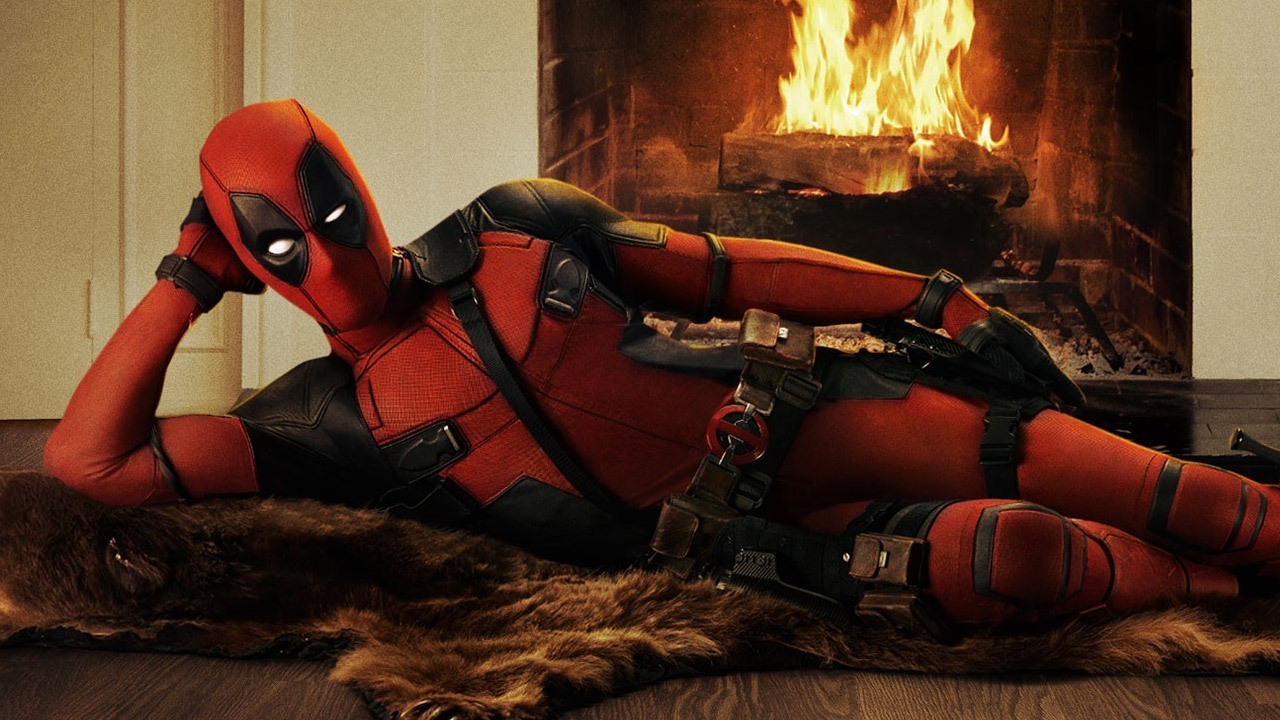 X-Men Origins: Wolverine did introduce audiences to “The Merc with a Mouth” in 2009. Wait a minute. Nope. That’s still not Deadpool. Last year’s brilliant superhero origin story is unorthodox, rude, crude and works from start to finish. Ryan Reynolds is a delight as the foul-mouthed masked hero. Deadpool was never your ordinary superhero. And honestly, Deadpool as a film isn’t either. Like the top pick on this list, Deadpool is told in nonlinear fashion. We see him on a bloody vendetta, then flash back to a more promising time.

While the rest of the superheroes on this list play the role voluntarily, Deadpool is the complete opposite. He’s a far cry from the selfless Superman and plays more like the next pick. Perhaps in a contemporary cynical era, we enjoy the hero who’s not all cut-and-dry. Marvel’s seems to be listening with the self-proclaimed “a-holes” in Guardians of the Galaxy and an initially arrogant Doctor Strange, who rivals Tony Stark and Thor. By the end of this superhero origin story, Deadpool doesn’t evolve as a character nor does he have to. 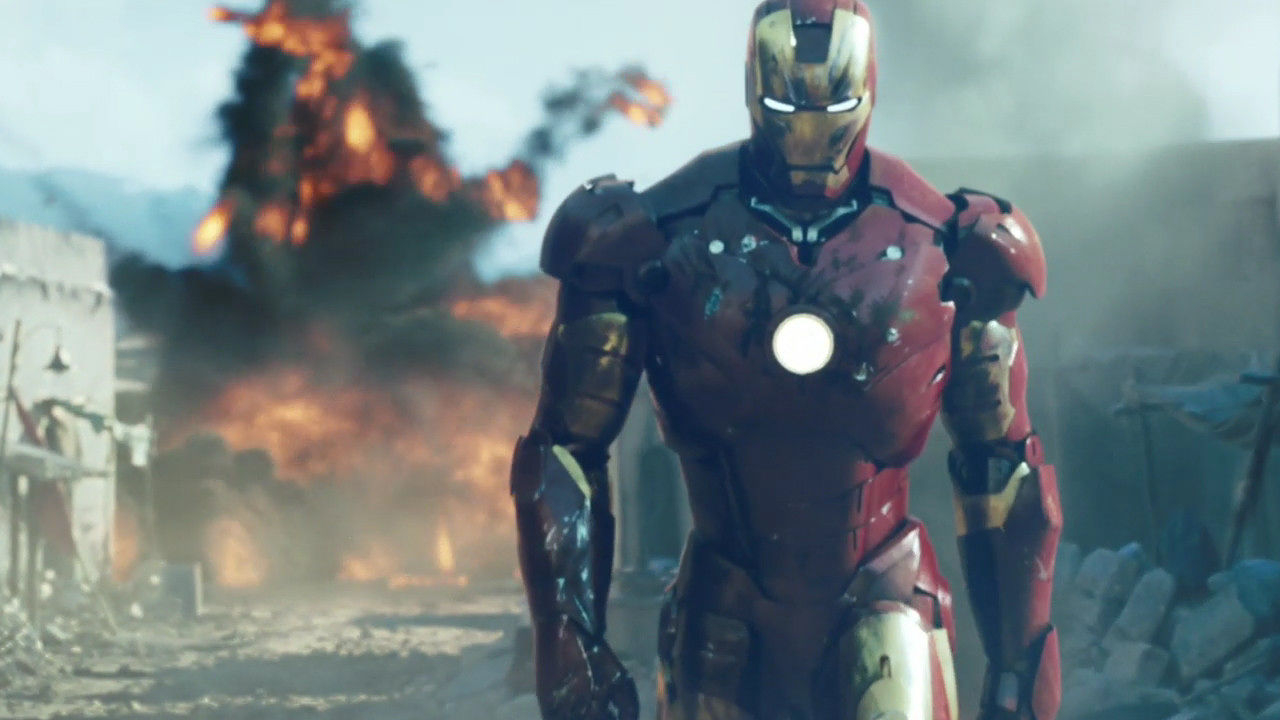 The Marvel Cinematic Universe couldn’t ask for a more thrilling start than 2008’s Iron Man. Though just nine years ago, it’s hard to imagine at time when five or six superhero films weren’t going head-to-head in one calendar year. A decade ago, the superhero landscape was basically Spider-Man, X-Men and Batman. Don’t forget those third-tier duds (Fantastic Four: Rise of the Silver Surfer anyone?).

While every MCU film now is a piece of a greater puzzle with references to future films and crossovers, Iron Man was straightforward and grounded. Yes, Samuel L. Jackson graced the MCU for the very first time as Nick Fury, teasing The Avengers. But it’s not like today’s MCU where we expect two post-credit scenes. Guardians of the Galaxy Vol. 2 showered its credits with a whopping five. While its simplicity and charm make this superhero origin story a breeze to sit through, it’s Robert Downey Jr.’s charisma that carries Iron Man. Downey Jr. is as iconic to the role as Christopher Reeve was to the Man of Steel. And while this genius, billionaire, playboy, philanthropist is boyscout in spandex, he’s the cool jerk with the tech we’ve all come to love. 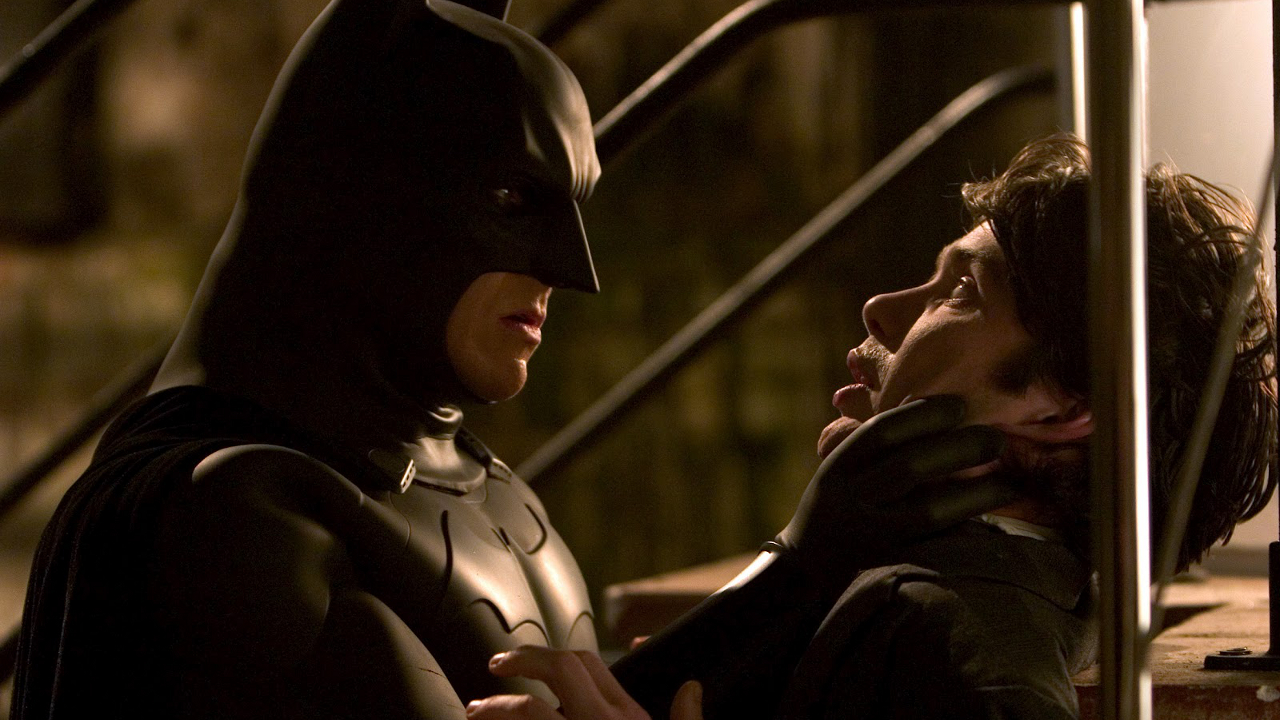 Christopher Nolan’s The Dark Knight Trilogy is personally the crowning achievement of the superhero genre. Superhero films were across the board light-hearted summer fun. Tim Burton’s Batman and Batman Returns delved into the darker side of the genre, albeit never transcended its confines. Batman Begins was a game-changer from the vision of Christopher Nolan. For the first time, audiences witnessed how damaged Bruce Wayne was from his parents’ death at a very young age. His crusade against crime is much more layered is such a riveting narrative.

Laying the groundwork for the escalation in The Dark Knight and road to redemption in The Dark Knight Rises, Batman Begins is as perfect of a superhero origin story one could expect. If we take anything from Batman Begins, “it’s that it’s not who you are underneath, it’s what you *do* that defines you.” Like many of the superheroes previously mentioned, Batman is an incorruptible symbol. That doesn’t mean he’s not in conflict with himself or his situation. In the climax of Batman Begins, he manages to rise above temptation to reclaim justice. What better road to pave than the one in Batman Begins?

Which superhero origin films are your favorite? Sound off down below.

Does 'Wonder Woman' Join These Top Superhero Origin Films? After three dark and polarizing DC films, audiences have warmed up to Wonder Woman over the weekend. There's no denying that this is one of the better origin stories in recent me...
0
Average User Rating
0 votes
Please sign in to rate.