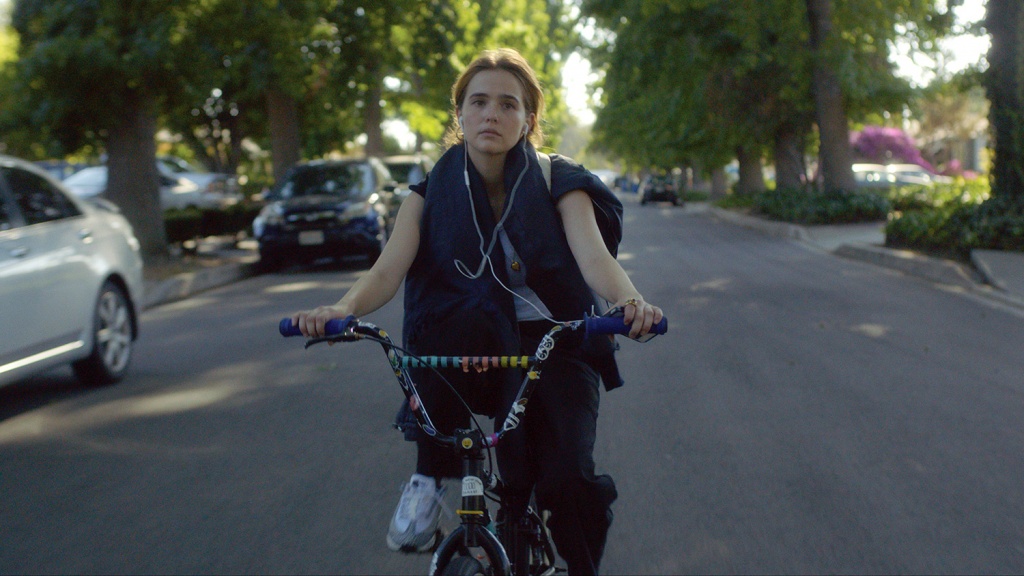 Don’t be fooled by its delicate title, Flower tells a funny coming-of-age story that’s not as innocent as it seems. After her new, mentally unstable step-brother (Joey Morgan) sees a figure from his past (Adam Scott), 17-year-old Erica (Zoey Deutch) attempts to help her stepbrother by exacting revenge. Flower’s central angsty teenager has the standard irreverence of the rebellious, pseudo-adults before her in comedies like Charlie Barlett or last year’s delightful The Edge of Seventeen; however, co-writer/director Max Winkler (Ceremony, New Girl) surrounds her with a film that has a much bleaker view of life than most teen movies, without sacrificing humor. Flower, premiering at the 2017 Tribeca Film Festival, creates a heightened version of the familiar coming-of-age movie by following the bad decision-making of teenagers to a dark conclusion.

Erica is a quick-witted teenager who uses sex to scheme guys out of money or drugs – not that she does drugs. When her mother (Kathryn Hahn) and stepdad (a buttoned-up Tim Heidecker) pick up his son from a rehab stint, Erica and her friends (Dylan Gelula and Maya Eshet) hope for a hot guy that Erica might get to have sex with; however, the chubby and freckled Luke isn’t even interested in a blowjob from his new stepsister. Recovering from a pill addiction, Luke barely speaks at first and looks visibly uncomfortable, particularly when Will (Scott) passes him and Erica in town. Seeing an opportunity to entrap an attractive older guy, Erica plans to take down the man causing her stepbrother’s agony.

This type of performative maturity is easy to mistake for actual maturity, but Zoey Deutch imbues Erica with just enough pluck to suggest she’s more naïve than she acts. Her rapid line delivery of scandalous jokes hits with unexpected, comedic impact, while effectively shielding the character’s emotions. There’s a childlike pain hiding beneath the surface of Deutch’s performance, visible anytime Erica tries to do something that most teenagers aren’t ready for and fails. As much as Erica tries to indicate to those around her that she’s fully in control of her situation, Deutch’s performance reveals a heartbroken kid compensating for her personal pain with a sharp tongue.

The supporting cast around Deutch likewise does well to indicate richer backstories than what’s on the screen. Kathryn Hahn plays Erica’s mother Laurie with a looseness that explains some of her daughter’s predilections but is the way she’s managed to cope with the demands of being a single mother. Heidecker, too, as Luke’s father Bob is clearly attempting normal only to have that illusion broken when problems are serious. The surprise performance of the movie comes from relative newcomer Joey Morgan (Scouts Guide to the Zombie Apocalypse) as the troubled Luke. At once vulnerable and strong, Morgan’s Luke transforms from a ball of anxiety to unlikely hero over the course of Flower’s story.

Despite the characters’ troubled lives, the tone of Flower is not dissimilar from much happier teen comedies, which feels strange once the movie reaches its dour final third. Rather than spend time coming to terms with the gravity of the situation that his characters have found themselves in, filmmaker Max Winkler opts to turn Flower into an escapist fantasy. It’s ultimately a fun, albeit slightly awkward turn. Films like Mean Creek have handled the transition from adolescent prank into serious trouble with a much greater focus on the actual indiscretion. Flower, by largely ignoring the implications of its characters’ actions, makes its finale feel slightly like a parody.

Flower feels recognizable, yet there’s an alluring undercurrent of badassery that will appeal to teen comedy fans. Largely this has to do with the magnetism of Zoey Deutch’s presence, but Winkler’s movie is appealingly lawlessness. Flower follows a thought to uncomfortable places that teen movies typically eschew, and the amusing journey there is mostly captivating. 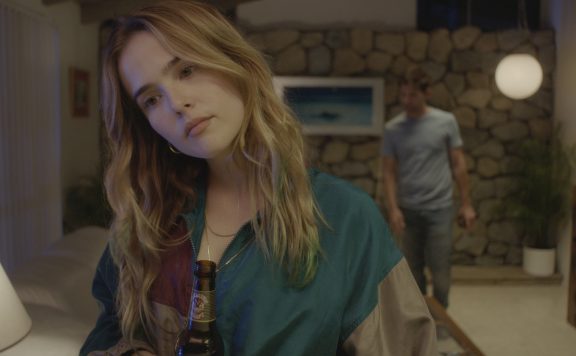 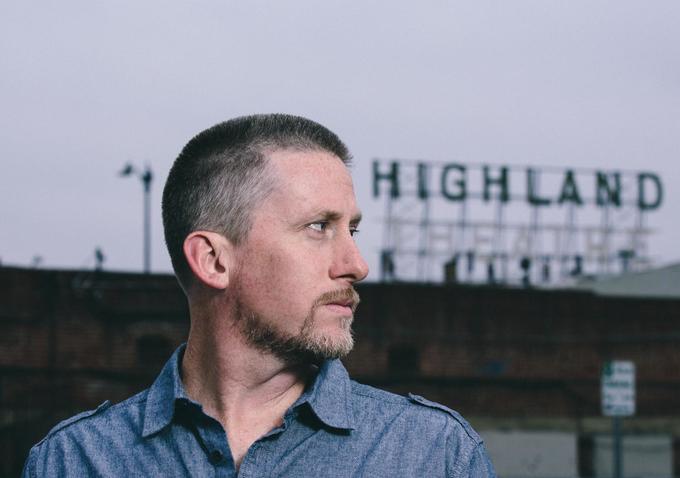 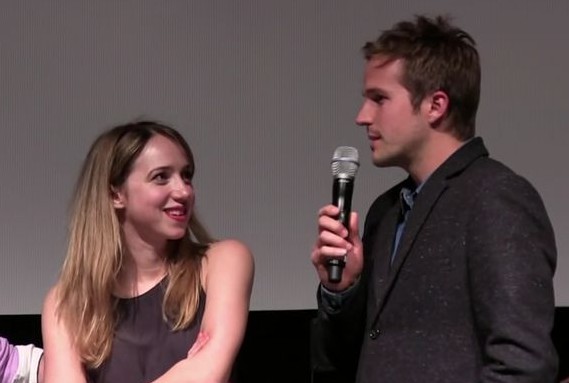 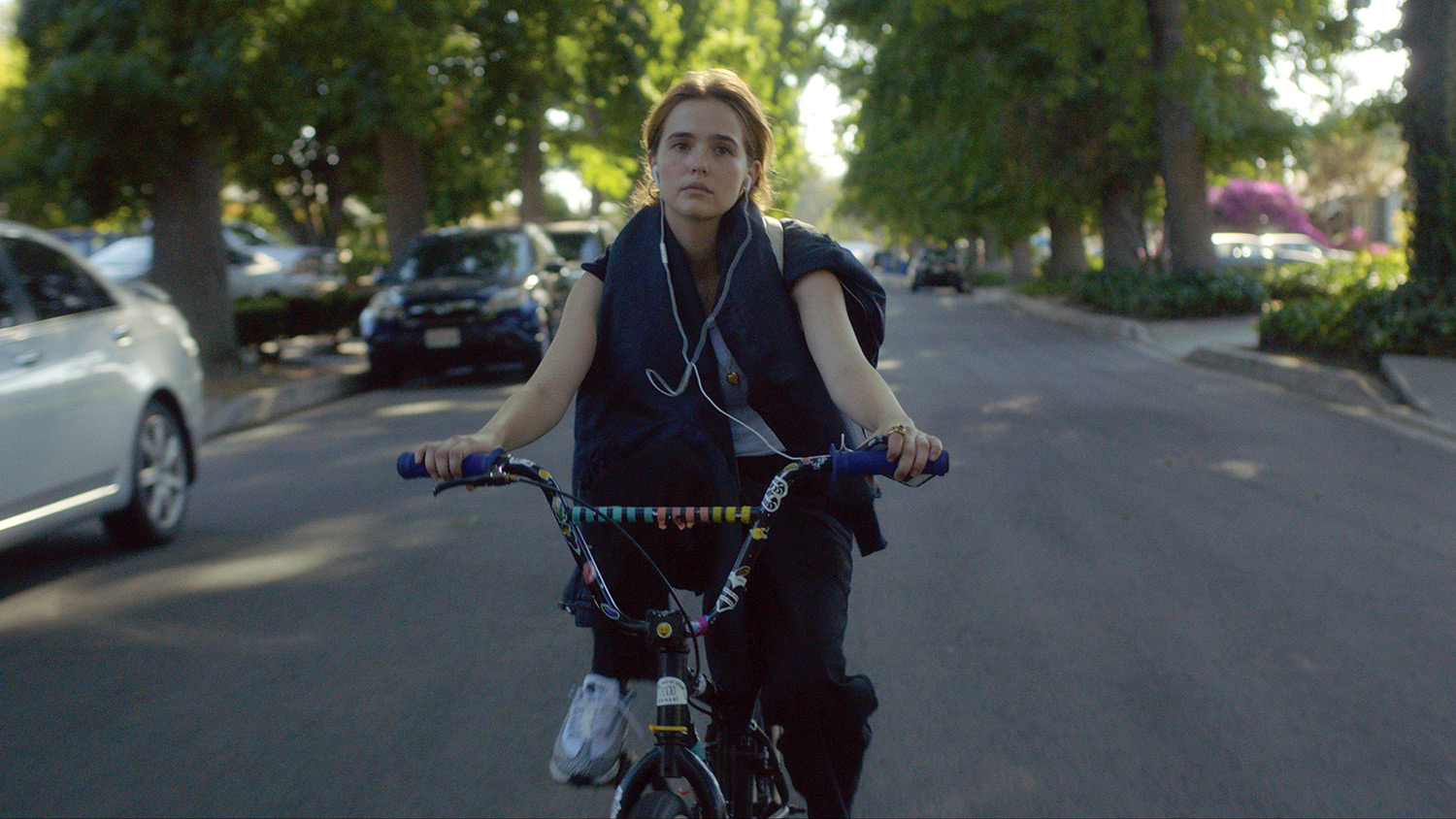 Tribeca 2017: Flower Review by Zachary Shevich Don’t be fooled by its delicate title, Flower tells a funny coming-of-age story that’s not as innocent as it seems. After her new, mentally unstable step-brother (Joey Morgan) sees a figure ...
0
Average User Rating
0 votes
Please sign in to rate.