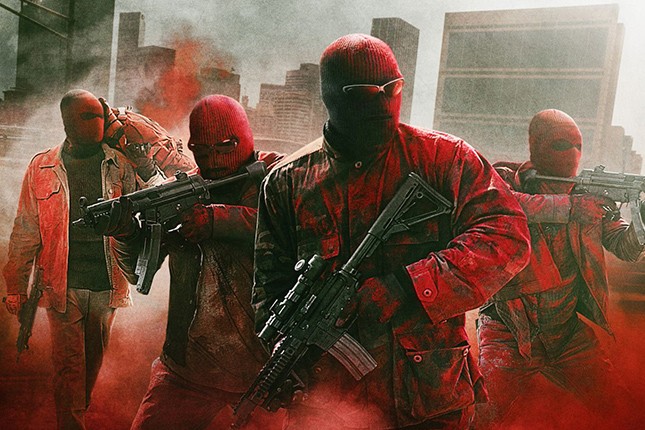 Man, do I love a crime-drama with gangsters, crooked cops, heists, blackmail, cursing, shootouts and blood. I really do, I love those kinds of movies. I’m usually less critical towards movies with these elements, even the average ones. And let’s be honest, most movies of the crime-drama subgenre are essentially the same. Yet, I dig them. My first and exact reaction when I saw red-band trailer to Triple 9 was: “Now that’s my kind of movie”. I was impressed with the gritty tone of the trailer, the cast, the use of Cypress Hill’s song “Pigs”, the quick cuts of action, I mean, it was a well made trailer. It got my blood boiling. But you know… trailers can often be misleading and more exciting than the actual film.

Since there’s a plot somewhere in this movie, I (eyes rolling) suppose I have to talk about it. Basically, there’s a gang of professional thieves who pull off daring heists for the Russian Mafia. This gang of five includes two corrupt police detectives in the Atlanta P.D.  The boss of the Russian mob (Kate Winslet) blackmails the group to pull off another high risk heist. Chris Allen (Casey Affleck), a rookie detective, new to the precinct and paired up with one of the corrupt detectives (Anthony Mackie), appears to be a straight laced do-gooder. Seeing him as a threat and an opportunity, the two dirty cops figure if they can kill Allen and call it in as a 999 incident (officer down), all units will be busy responding to that crime scene, freeing up the chance for the rest of the criminals to pull off their score.

I’d personally like to thank IMDB and Wikipedia for the help with that synopsis because – and this is where the trouble begins with this film – with all of its dull, useless subplots, numerous and uninteresting characters, and quickly edited scenes that end abruptly, I kinda found this film hard to follow. A cops & robbers film should never be hard to follow! There is a lot happening in this film: kidnapping, extortion, drug abuse, cops struggling with their moral compasses, gang takedowns, etc., but the film mixes all of these various storylines in a choppy yet dragged out fashion. Nothing in this film seems important. It has a very misguided tone that sometimes feels like it’s trying a little too hard to be edgy. 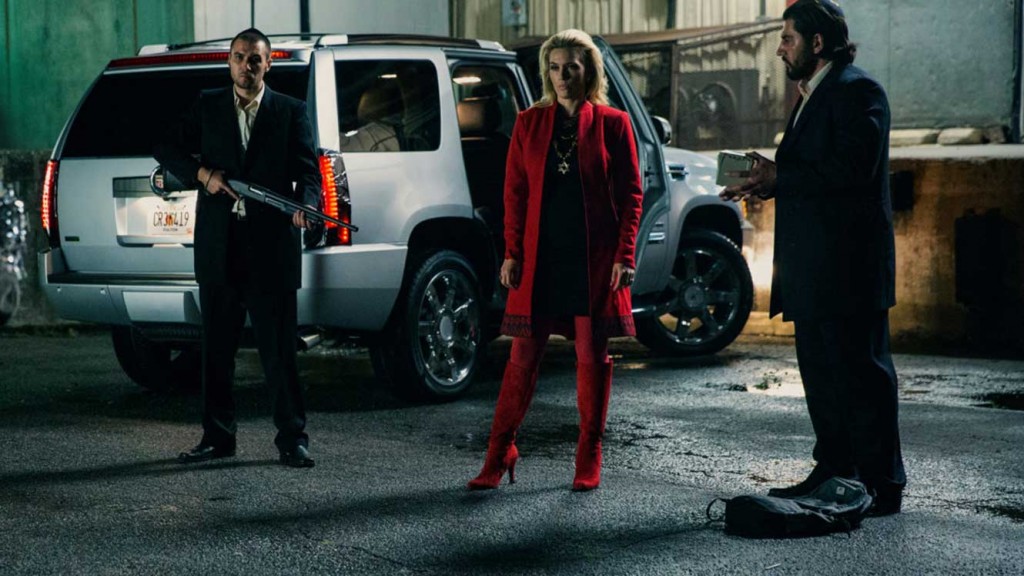 John Hillcoat directed this film. He’s a good director, I like his films Lawless, The Road, and The Proposition. He has a very artsy style that doesn’t feel pretentious. However, his films have very little re-watchability. Gangster films, in my opinion, should have re-watchability. This film doesn’t. I give him credit for wanting to try something on a more urban scale, but somehow his artistic style doesn’t mix well with this gritty crime caper. I don’t know why that is, but it just didn’t work enough for this film. Top that off with some really murky cinematography. I don’t know if my screening was to blame or if some scenes were very poorly lit, but there were some scenes that were very dark and hard to see through.

I do want to point out some positives so that I don’t come off as hating this film, because I didn’t. There was some genuine tension and suspense in this film. The heist scenes are pretty solid and surprisingly not overly and unnecessarily violent. And this is coming from a guy who loves violent movies. There’s a lot of authenticity in the way the cops operate, as well as some of the gangs. There’s a very intense sequence involving a shootout and pursuit of a gangbanger in an apartment complex. Finally, the deaths of some characters are sudden and surprising. Kind of reminded me of The Departed.

If this film has a hook, it’s most certainly the cast. Some of my favorite actors are here. Oscar winners, nominees, Emmy winners, well respected actors, all in this crime-drama. Well guess what? Most of them are very underused, and play very one-dimensional characters. Most performances are phoned in, while others consist of screaming and yelling or saying dialogue in a whispered and intimidating manner… But mostly, there’s yelling. No one here seems to go the extra mile. To be fair to them, it doesn’t seem like any of these characters were very well written. Woody Harrelson is the only one who stands out and delivers the flawed but entertaining performance of the precint’s veteran Sergeant Detective Jeffrey Allen, the uncle of Chris. Most of the time, he sounds like he’s chewing tobacco or has a toothache, but his demeanor is fascinating to watch. 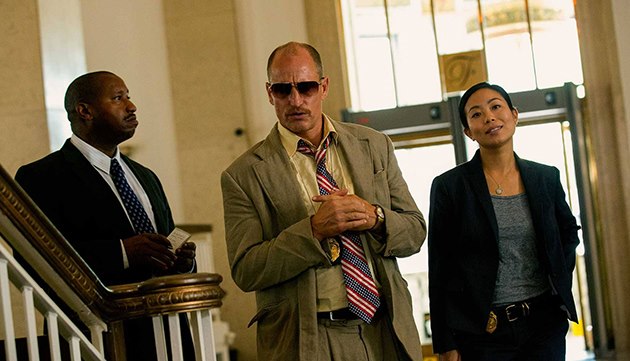 Triple 9 gets its title from one of the highest priority call signs for any police department. It means drop everything and report to the designation you’re told to go to. Well, I’m telling you, there’s no reason to drop everything to go see this film. If you’re a fan of slick, action packed gangster films, this film might honestly bore you. Obviously, this film was never meant to break new ground in its genre, but for it to have this impressive cast and not even try to, for it not to entertain enough or captivate… I can’t even see why anybody even bothered with this project. 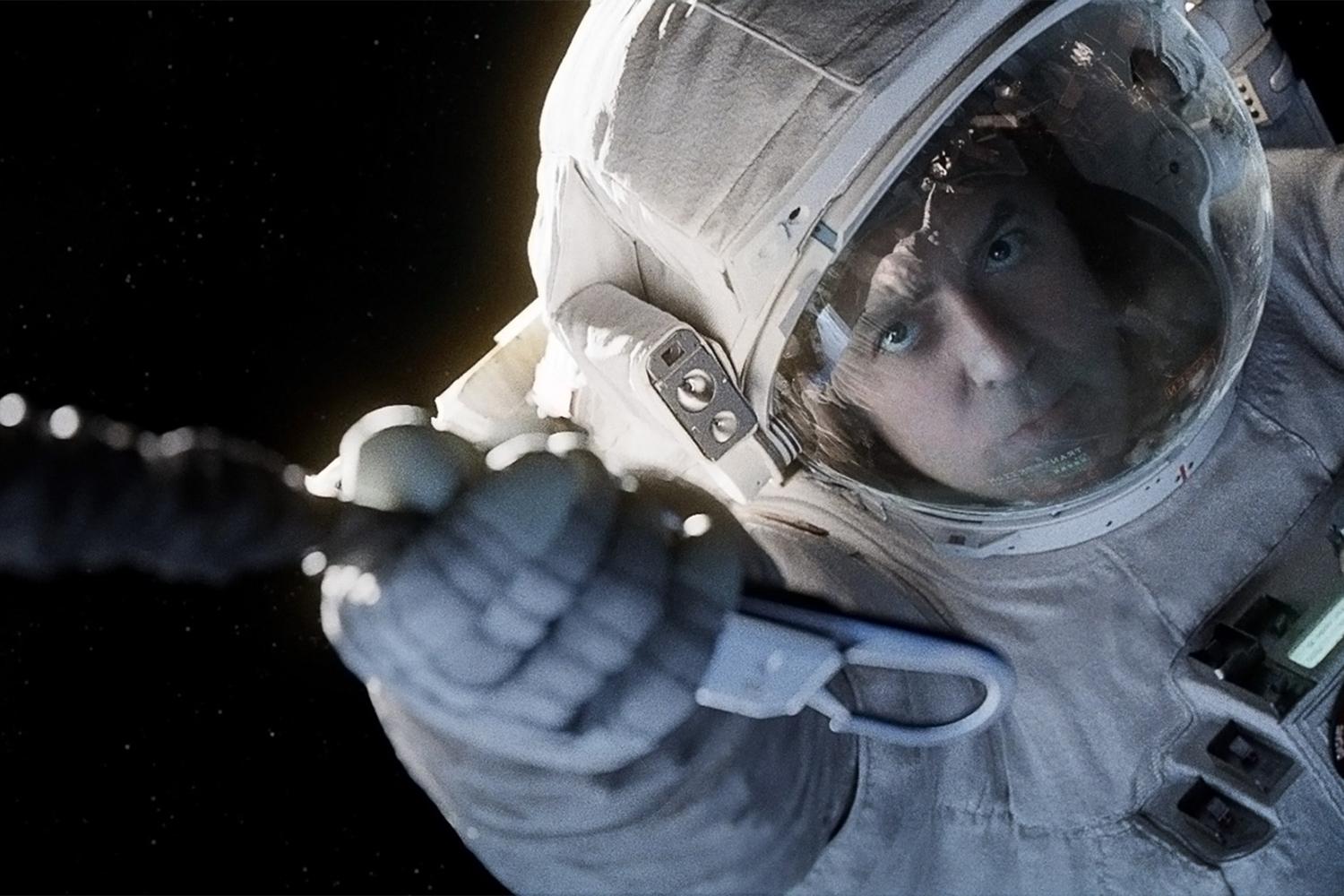 Triple 9 Review: All Units, Stand Down

Man, do I love a crime-drama with gangsters, crooked cops, heists, blackmail, cursing, shootouts and blood. I really do, I love those kinds of movies. I'm usually less critical towards movies with these elements, even the average ones. ...
0
Average User Rating
0 votes
Please sign in to rate.