The new trailer for Kevin Smith’s Tusk has hit the internet it looks like nothing we have seen before from the Clerks creator.

Here is the synopsis for the movie:

When his best friend and podcast co-host goes missing in the backwoods of Canada, a young guy joins forces with his friend’s girlfriend to search for him.

The viewer is clued into what type of film they are in for when the familiar “Appropriate Audiences” trailer card appears before the trailer stating the film contains “Some disturbing violence/gore, language and sexual content”. From the look of the trailer, this film will have all that and more.

As the trailer for “Tusk” begins, it leads you to think the movie is going to involve an old, weathered seaman recounting his strange tales to a podcaster. In the beginning, we are shown a variety of humorous scenes that set up the reasons for Wallace’s trip to Canada. Halfway through the trailer, Wallace passes out. From this point onward, the trailer takes a darker tone with images of Wallace in a wheel chair, his friends looking for him, and a creepy scene with the old man standing over a water tank laughing maniacally.  The sounds in this scene add to the already eerie vibe of the film.

The seaman is played by the brilliant actor, Michael Parks, which is motivation enough to see this film. Justin Long plays the podcaster, Wallace, and victim to the seaman’s sinister plan which appears to involve body modification.  I watched this trailer twice back to back because it is that good. I was already looking forward to seeing Tusk and the trailer has upped that excitement ten fold.

With his release of “Red State” in 2011 and now “Tusk”, Kevin Smith clearly has taken a darker tone with his movies. I can’t wait to see just how dark and twisted the man can go. Unfortunately, we have to wait until September 19th. You can checkout the trailer below and then leave a comment here to let us know how you feel about “Tusk”. 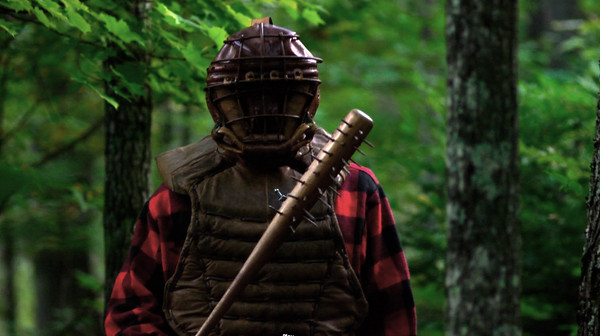 [caption id="attachment_19363" align="aligncenter" width="197"] Tusk Official Movie Poster[/caption] The new trailer for Kevin Smith's Tusk has hit the internet it looks like nothing we have seen before from the Clerks creator. Here is th...
0
Average User Rating
0 votes
Please sign in to rate.