When I had initially heard the premise for The Unbearable Weight of Massive Talent, it sounded too good to resist. It’s hard not to be sold on the idea of Nicolas Cage playing himself and being forced to recreate some of his most notable performances. That’s not exactly what’s delivered in director Tom Gormican’s feature film, but it does serve as a dedication to Nick Cage, the movie star who has become an internet favorite for the wide-ranging (and meme-worthy) work found throughout his career. However, making this idea work as a movie could have its limits. While having Cage sign on for a meta journey is interesting, does it come off as the work of someone who’s largely studied up on clips from The Wicker Man and Vampire’s Kiss, or is there a more nuanced approach at play?

Once the true premise kicks in, Nicolas Cage delivers a line reading pulled straight out of Matchstick Men, one of my favorite films starring the Oscar-winning actor. This was when I started to let my guard down. The thing about a film like this is that I so rarely see innovation in modern studio comedies. The idea for The Unbearable Weight of Massive Talent revolves around Cage accepting a $1 million offer to spend the weekend with an incredibly wealthy super fan, Javi Gutierrez (Pedro Pascal), in Spain. Javi hopes to convince Cage to read his screenplay and work on a movie with him. This could have easily played like a sitcom on autopilot.

Fortunately, this movie has some clever moves I quite appreciated. In addition to writers Gormican and Kevin Etten showing they know plenty about Cage’s filmography, it’s the kind of film that earns laughs through the foundation of the premise. While the real Cage seems pretty balanced and a bit shy, throwing this film’s loud, narcissistic take on the star against the enthusiastic and well-intentioned Javi allows for a strong buddy comedy to emerge. It goes deeper from there. 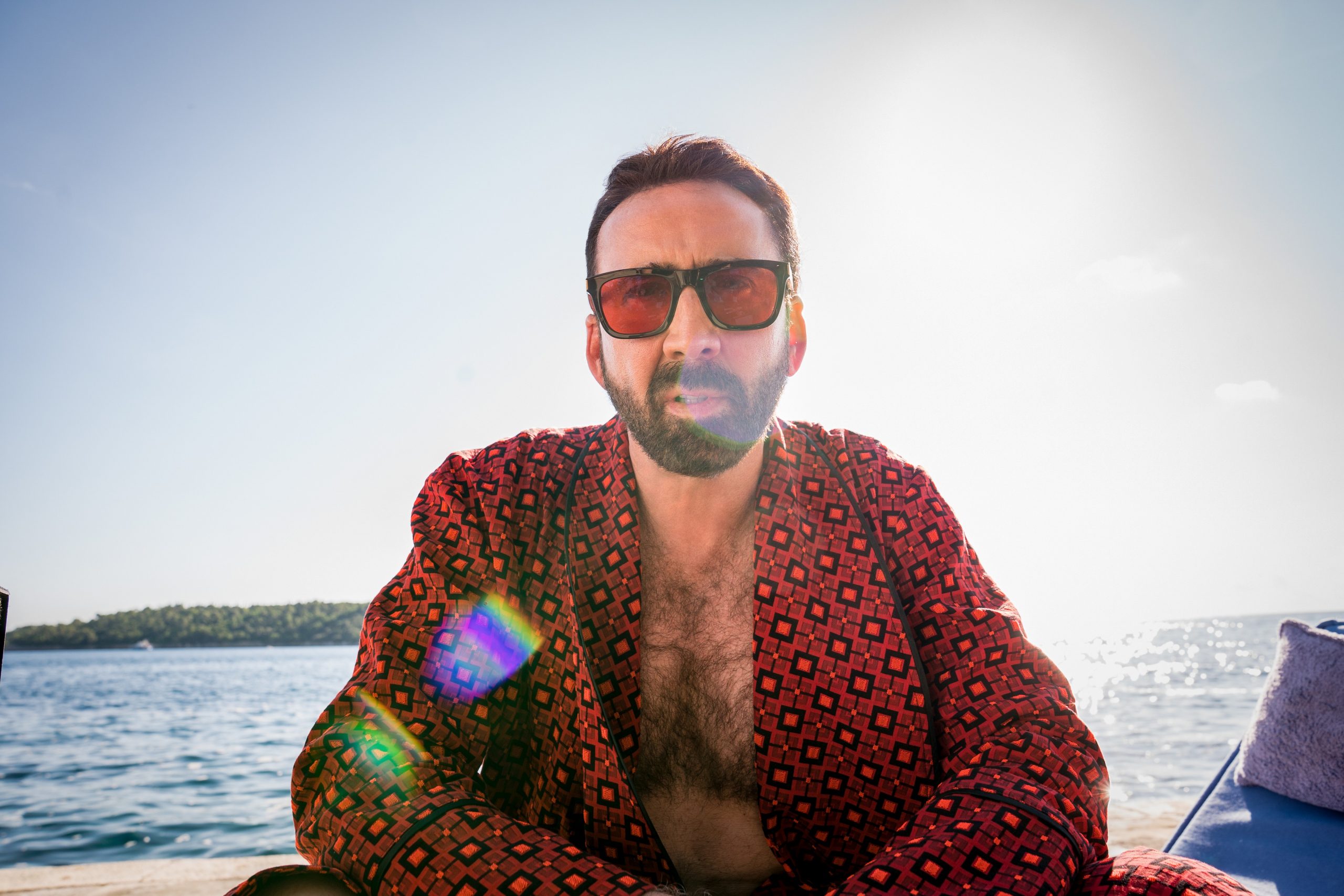 As the two bond, they come up with a plan to write a movie together, with lots of thought on delivering an adult drama relying on human conversations as opposed to spectacle. Meanwhile, within this film exists a plot involving CIA agents (Tiffany Haddish and Ike Barinholtz) pushing Cage to spy on Javi, as they believe he’s a notorious arms dealer who has kidnapped the daughter of an important political figure. Having Cage grapple with the idea of “trailer shots” only for the film to cut to him skeet shooting with his new best friend is not the most ambitious idea, but there are a lot of moments that reveal a witty movie that makes room for gags and character work.

For Cage, this is a great chance to shine. While not at the peak stardom he experienced from the mid-90s to the mid-00s, the many films he has starred in over the past decade have certainly kept him busy. Many have ranged from bland to bad (no matter how good Cage may have been in them), but recent years have also given audiences some wonderful performances in films such as Mandy, Color out of Space, and the highly acclaimed Pig (not to mention his terrific supporting role in Spider-Man: Into the Spider-Verse). The Unbearable Weight of Massive Talent finds Cage playing into a few extremes while still feeling relatable.

For having such a specific cinematic persona that’s evolved over the years, watching the actor talk about his “Nouveau Shamanic” acting style and casually accepting praise for films like Guarding Tess and The Croods 2 presents a level of entertainment fitting for those in on the joke or accepting the satirical nature of the premise. While this is a Cage-specific film, the movie is playing as a send-up of Hollywood’s actor culture and handling it well. However, with Cage, an extra level of depth comes from embracing the silliness while remaining earnest. 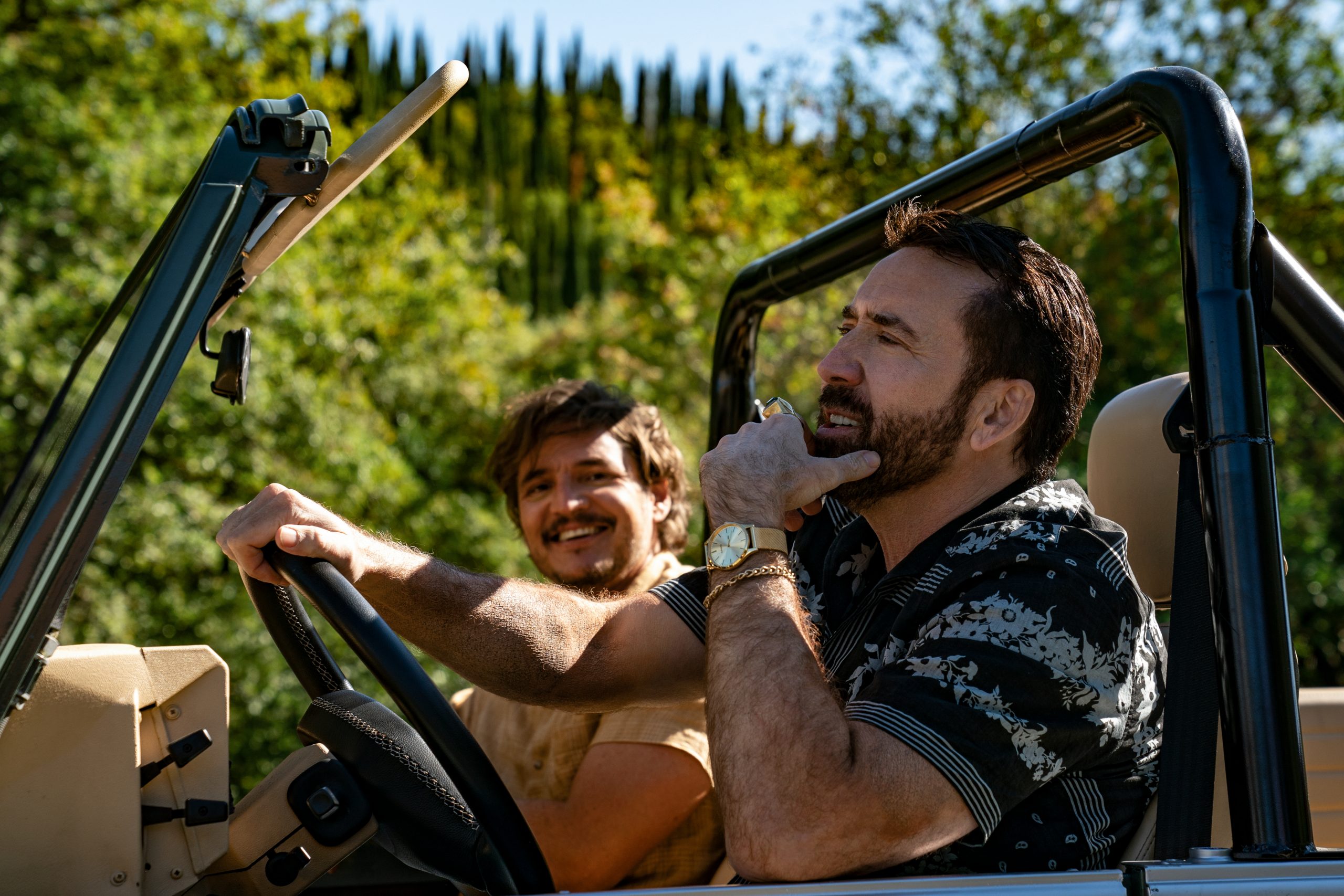 Enter Pedro Pascal. Without this performance, the film would not work nearly as well. Just having someone who looks like Pascal makes a difference in the way certain types of geeks are presented on screen. With that in mind, while being the fan that he is, the work done to make these guys believable as friends is a lot of fun. There’s manic energy shared between the two of them when celebrating what Cage does, and it has a great hold over the movie. As much fun as it may be to hear references to Captain Corelli’s Mandolin, The Unbearable Weight of Massive Talent works better because it makes the central relationship work.

Everything else about the film generally works, even in spite of itself at times. Having Haddish and Barinholtz on hand, for example, only adds so much to the film. This preposterous criminal side of this story is mainly treated as an afterthought. The characters involved are practically cast aside in favor of what’s at the film’s heart.

On the other hand, this fictional version of Cage brings in Sharon Horgan as his ex-wife and Lily Sheen as his 16-year-old daughter. There’s more of an attempt to wring some emotion out of Cage trying to balance his acting career with being a better father, but this movie isn’t exactly The Family Man, either. 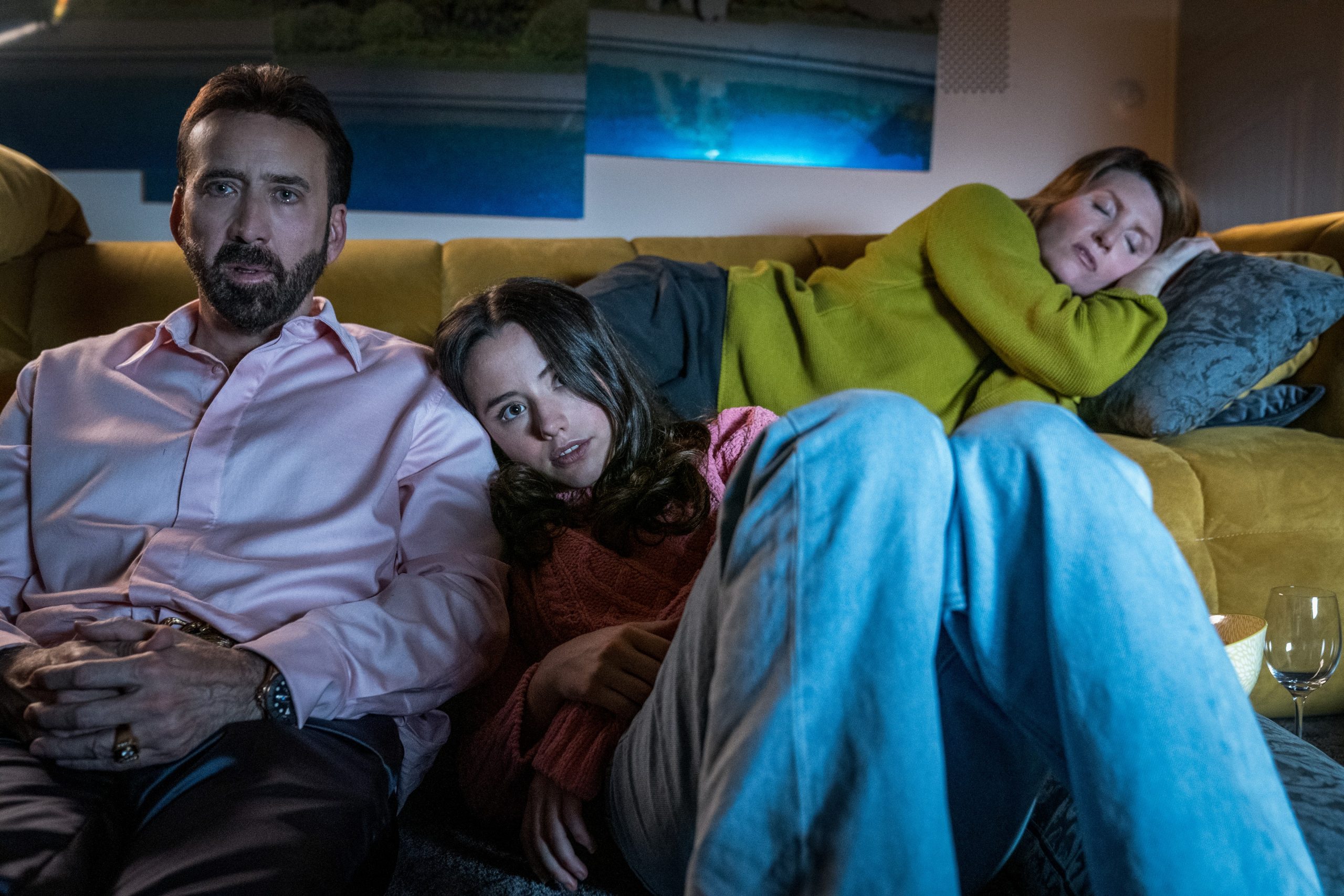 Really, trying to pinpoint which Cage film The Unbearable Weight of Massive Talent most wants to be like is already quite the challenge, but that doesn’t mean there isn’t a lack of options. When on his own and in need of some mental help, this film supplies Nicky Cage, a figment of Cage’s imagination, visualized as the actor from his Wild at Heart days. I have little doubt this version of Cage will be the next great thing to go viral on the internet when it comes to the wild man energy he can deliver. For the sake of the film, however, there’s a certain level of joy in seeing an older Cage put effort into making this younger version work.

Given the scale and resources available, The Unbearable Weight of Massive Talent does plenty with what it has in its star and the general premise. I enjoyed it most when it played rather light on its feet in building up the friendship between Cage and Pascal, with the occasional reference to Cage’s rather extensive filmography (this is his 105th film). The plot surrounding these guys is fine, but I appreciated how purposeful the attempts to add more hooks for the audience were. There are undoubtedly other examples of Nicolas Cage at his most extreme (see The Bad Lieutenant: Port of Call – New Orleans), let alone films serving as a self-reflection based on his personal choices (see The Weather Man). With all that in mind, whether one is more in line with Moonstruck or Willy’s Wonderland, Cage fans have more than enough to relish here.

The Unbearable Weight of Massive Talent opens in theaters on April 22, 2022. 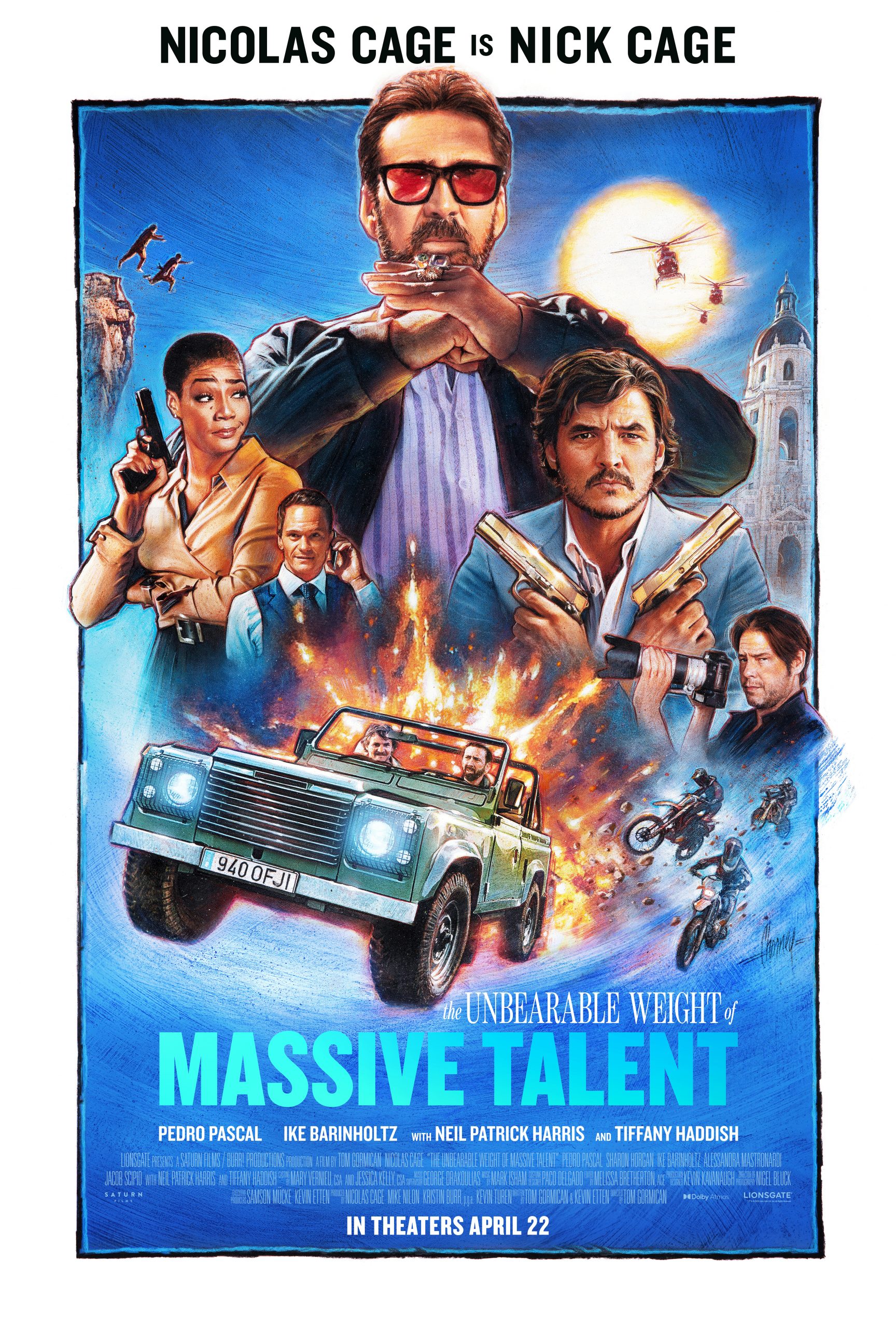 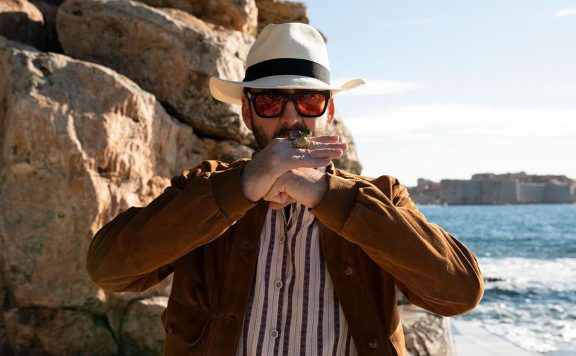 SXSW 2022 Review: ‘The Unbearable Weight of Massive Talent’ is a Nick Cage Experience Unlike Any Other
March 16, 2022

A fictionalized version of Nicolas Cage must accept a $1 million offer to attend the birthday of a dangerous super fan Javi Gutierrez. Things take a wildly unexpected turn when Nick Cage is recruited by the CIA and forced to live up to his own legend, channeling his most iconic and beloved on-screen characters in order to save himself and his loved ones.
0
Average User Rating
0 votes
Please sign in to rate.
Film:The Unbearable Weight of Massive Talent
Cast:Alessandra Mastronardi, Ike Barinholtz, Lily Sheen, Neil Patrick Harris, Nicolas Cage, Pedro Pascal, Sharon Horgan, Tiffany Haddish
Director(s):Tom Gormican
Writer(s):Kevin Etten, Tom Gormican
Genre:Comedy
Studio(s):Lionsgate
MPAA Rating:R 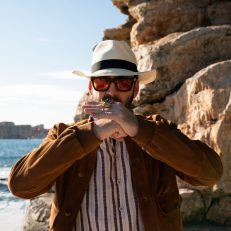 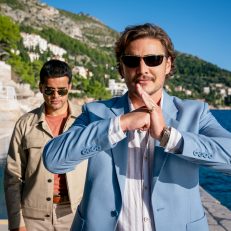 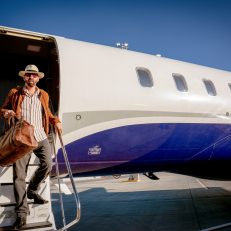 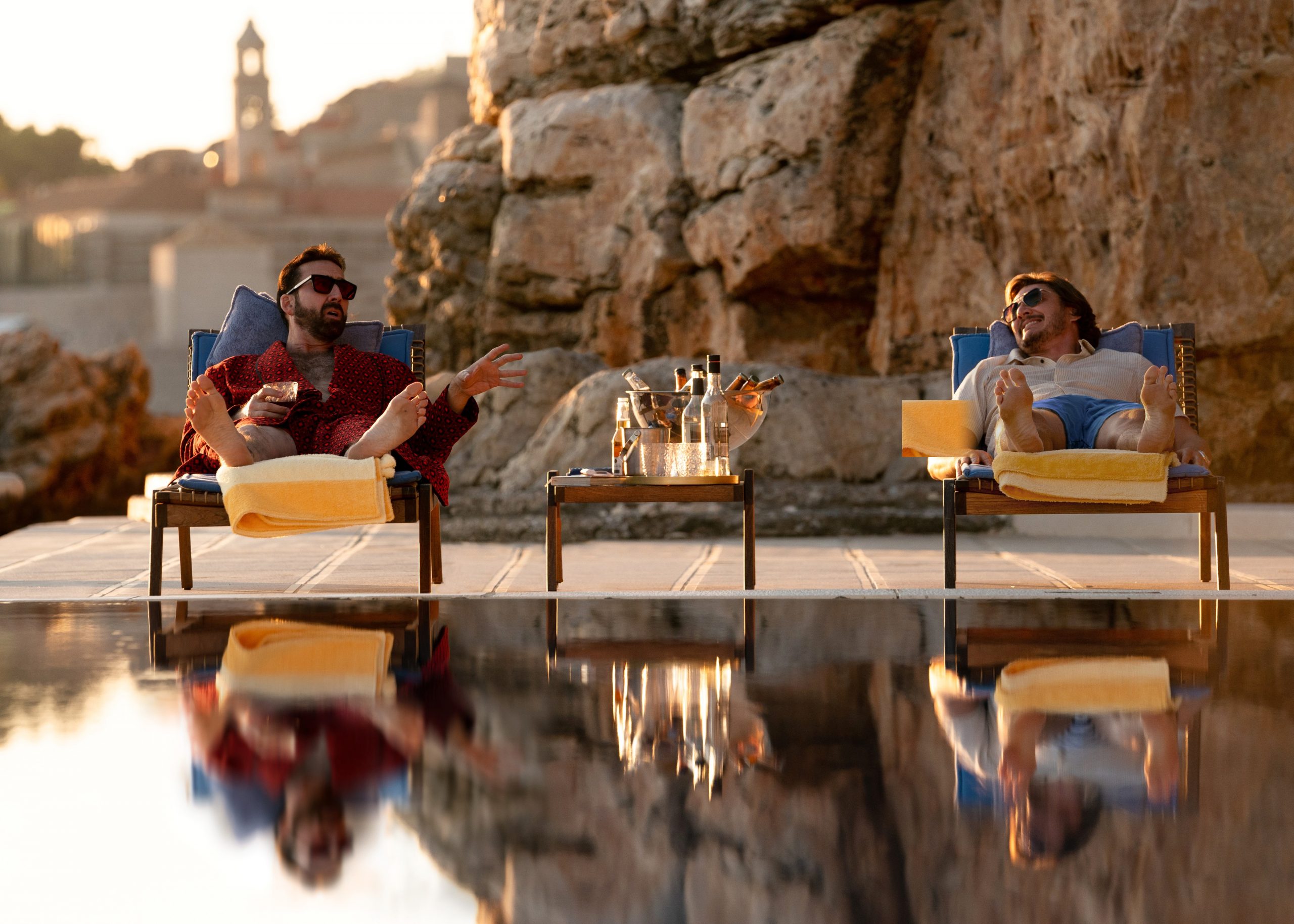 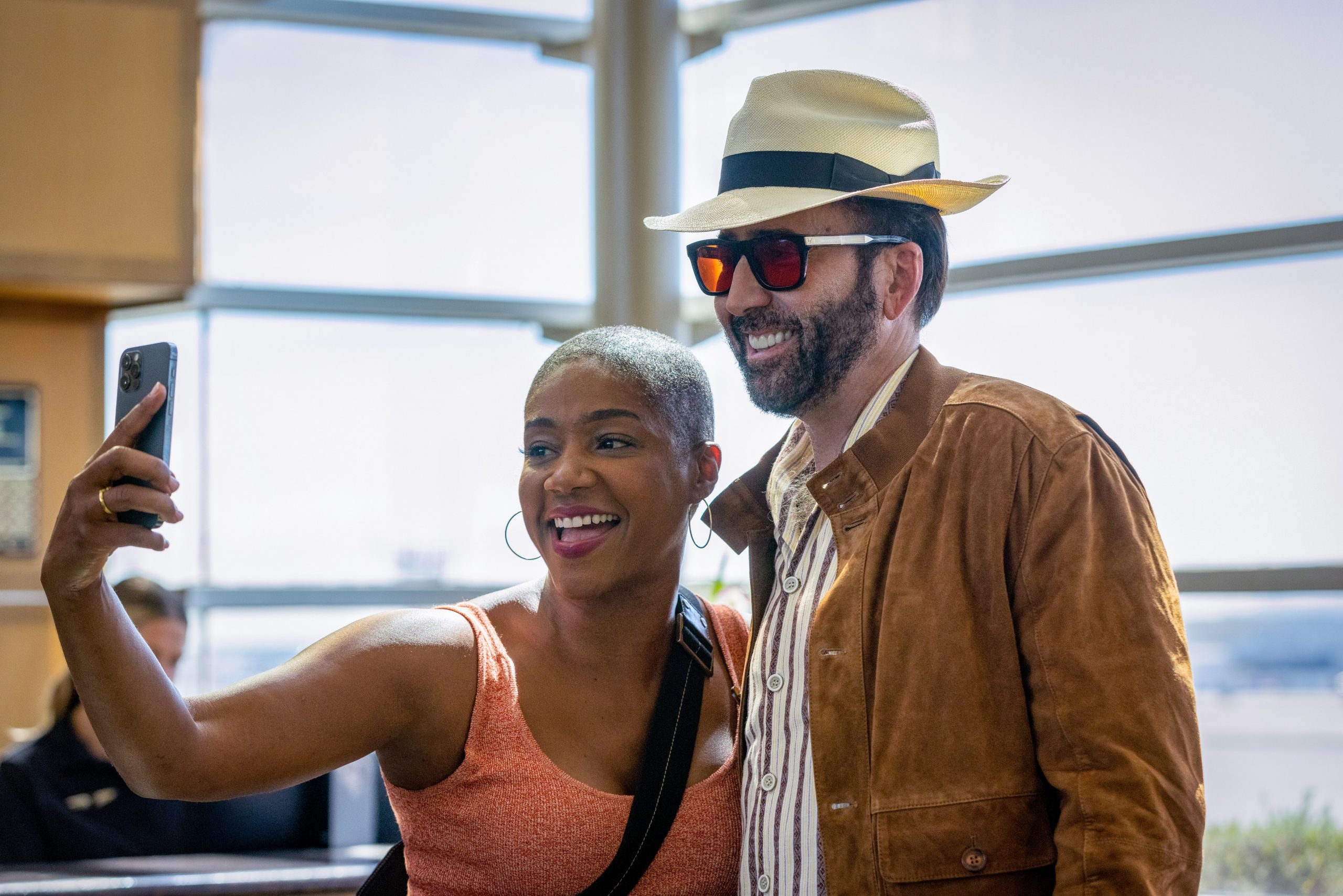 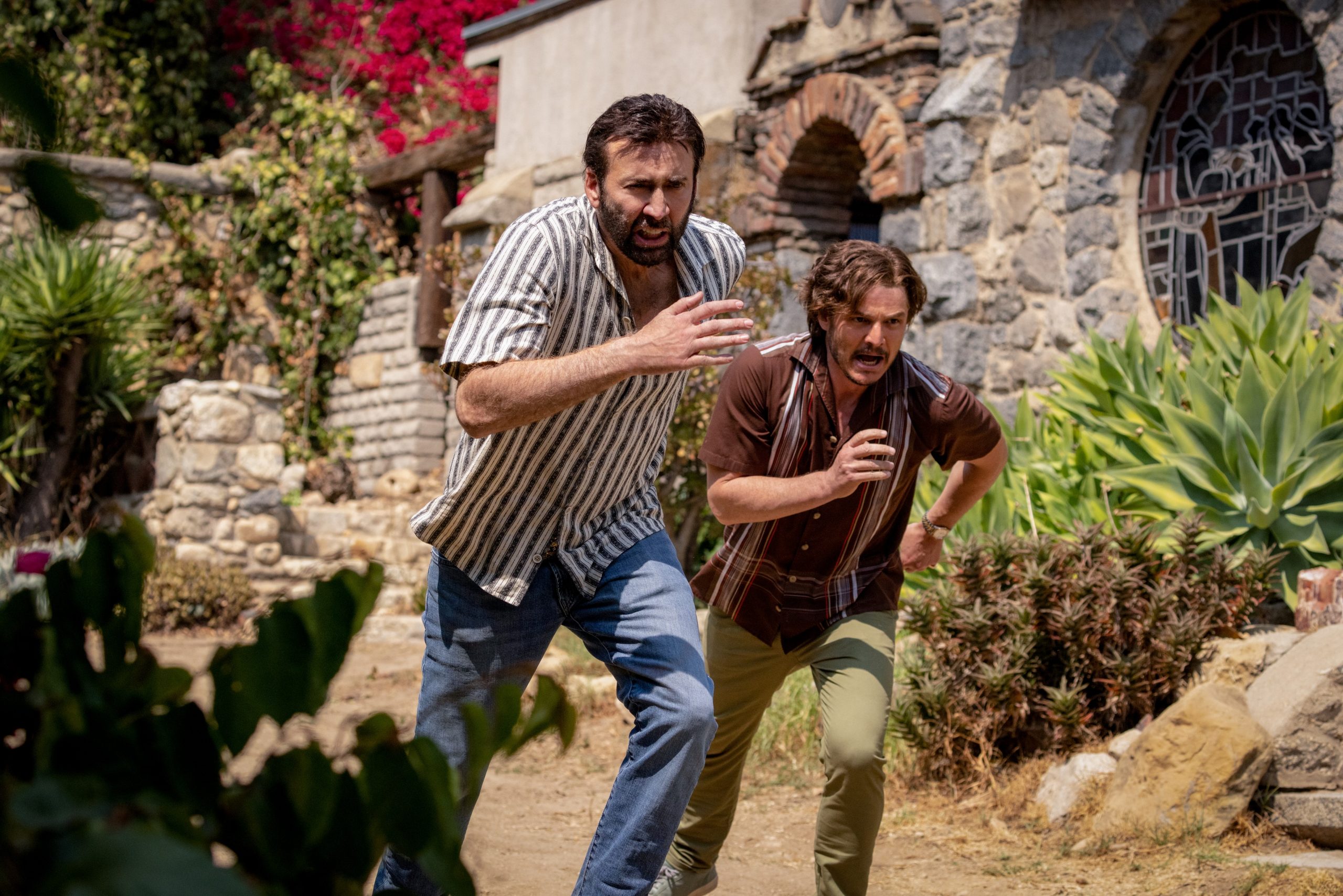 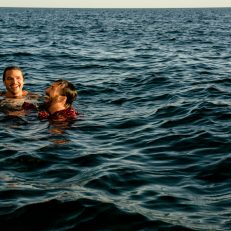 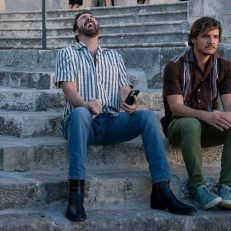