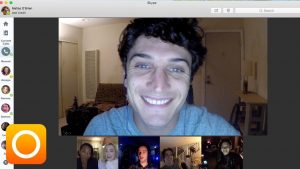 Unfriended: Dark Web is more ambitious than the original Unfriended. That means it has further to fall when it can’t deliver on its intriguing, disturbing premise.

Matias (Colin Woodell) gets a used laptop that starts acting up during a Skype game night with friends. People are contacting the laptop’s previous owner with requests and contributions. It turns out the previous owner was involved in some darknet underground crimes and now Matias has gotten all his friends involved too. 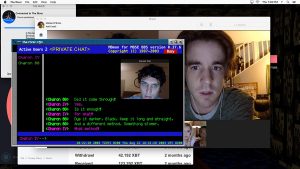 Making a cyber thriller about the sort of unsettling crimes that could conceivably be facilitated by darknet is scarier than a ghost in the machine. Perhaps fans of Unfriended will be disappointed that it’s not another ghost, or the same ghost infecting a new computer. These are horrific crimes that you would not want to discover, let alone become entangled with them. 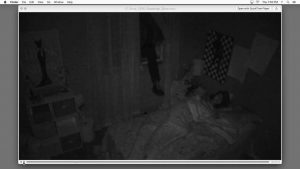 What hurts Dark Web the most is that when the kills start happening, they become increasingly more and more absurd. The criminals start picking off the friends in such preposterous ways, you have to admire the ambition if not the execution. The deaths become depraved in a sadistic way that’s not good old slasher movie fun. Perhaps if they didn’t ask the audience to buy some rather absurd achievements in voice editing and video photoshop, there could have been a poignancy about the dangers of unchecked connectivity. But writer/director Stephen Susco wants to take sadistic pleasure in peril that he didn’t earn. Ultimately, the remaining deaths are completely predictable anyway.

Some might say, “Well, Texas Chainsaw Massacre was depraved and nihilistic.” It was but it earned it. Those kids took their surroundings for granted and stumbled into hell. I guess internet kids could do that too, but the whole “Don’t hang up for 90 minutes” factor makes it a tougher sell. In Texas Chainsaw they were physically stuck there. 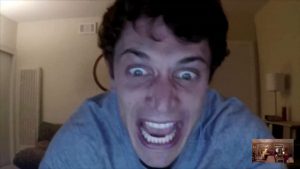 The actors commit to this fully, and the whole movie is on their faces. They don’t have much to work with besides one dimensional types. AJ (Connor Del Rio) is the annoying A-hole comic relief. Damon (Andrew Lees) is the tech genius who’s Skyping in from abroad in the U.K. Nari (Betty Gabriel) is the smart one who catches on to what Matias got them wrapped up in. Her fiance Serena (Rebecca Rittenhouse) is putting on a brave face to her familial pain. Lexx (Savira Windyani) is the rebellious punk type. They try to give Matias’s relationship with his deaf girlfriend Amaya (Stephanie Nogueras) some depth because they’re having trouble communicating (get it?), and it gives them some tricks to play with since the killers can make all the noise they want in her house, but the nature of the story ends up making Amaya the “girl who needs saving.” 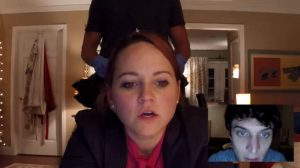 You can do cheapie thrillers on computer screens now. They’ve worked out all the kinks with Open Windows and Unfriended 1. The narrative of Dark Web still requires something that happened outside to be filmed and uploaded to YouTube immediately, but I’ll buy that. People do post everything now. Dark Web has a much more sophisticated interaction with screens than the first Unfriended. There are many more windows than the chat screen of the first film. 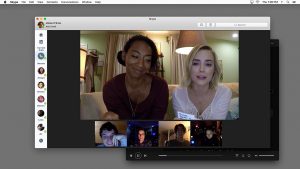 Just wait until you see Searching. That is how you make a compelling thriller on a computer screen, and it ends up being positive and rewarding. You don’t have to use this device to sell us depravity. You can use it to show how regular people can be empowered to persevere through crisis. Well, that movie is coming out in August. Unfriended: Dark Web is just another misstep on the way to Searching.