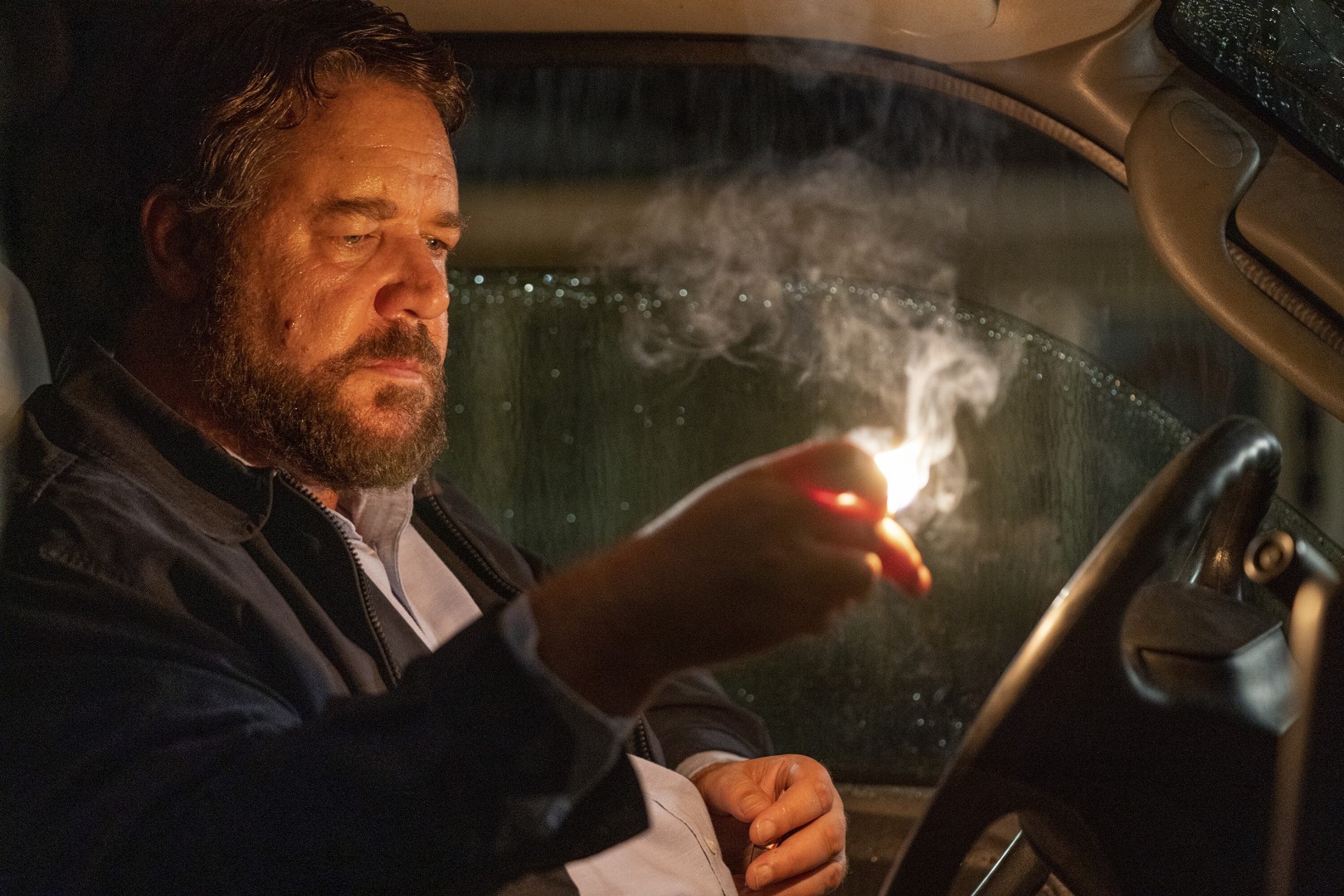 Credit goes to the wildly over-the-top road rage thriller Unhinged for delivering on what it promises. Working as the nasty result of combining Duel and Falling Down, here’s a film that starts at an 11 and never backs down thanks to a glowering, evil villainous turn from Russell Crowe. This is the kind of movie where being fond of Crowe will have a viewer continuing to appreciate his screen presence, while those less enthusiastic about the actor will have plenty to lock onto, as he lowers himself to the point of comeuppance in some form being inevitable. Whether or not this is the film audiences need to get back to theaters to see, it’s a bumpy ride that’s bloody entertaining.

Set in Anytown, USA (shot in New Orleans), the film largely follows Rachel (Caren Pistorius), a newly-divorced single mother having a hard time getting her son to school due to traffic. A chance encounter with a truck stopped at a green light leads to something deadlier. The truck soon catches up to Rachel, revealing Tom (Crowe), a man demanding an apology for being honked at, only to be set off when failing to receive one. For the rest of Rachel’s day, Tom makes a vow to stalk Rachel and show her what a bad day looks like.

Director Derrick Borte appears to know what kind of film he is making. While the characters take everything deadly serious, by the time a third person is unexpectedly hit by a car, there’s no real use in wanting to enjoy this film from a grounded perspective. Not unlike the recent campy car-based thrillers starring Halle Berry, The Call and Kidnap (bringing Crowe and Berry together for a movie like these would make for a wild cinematic universe), it’s the sense of urgency combined with the presence of an Oscar-winner that somehow makes for a ridiculous yet compelling narrative. 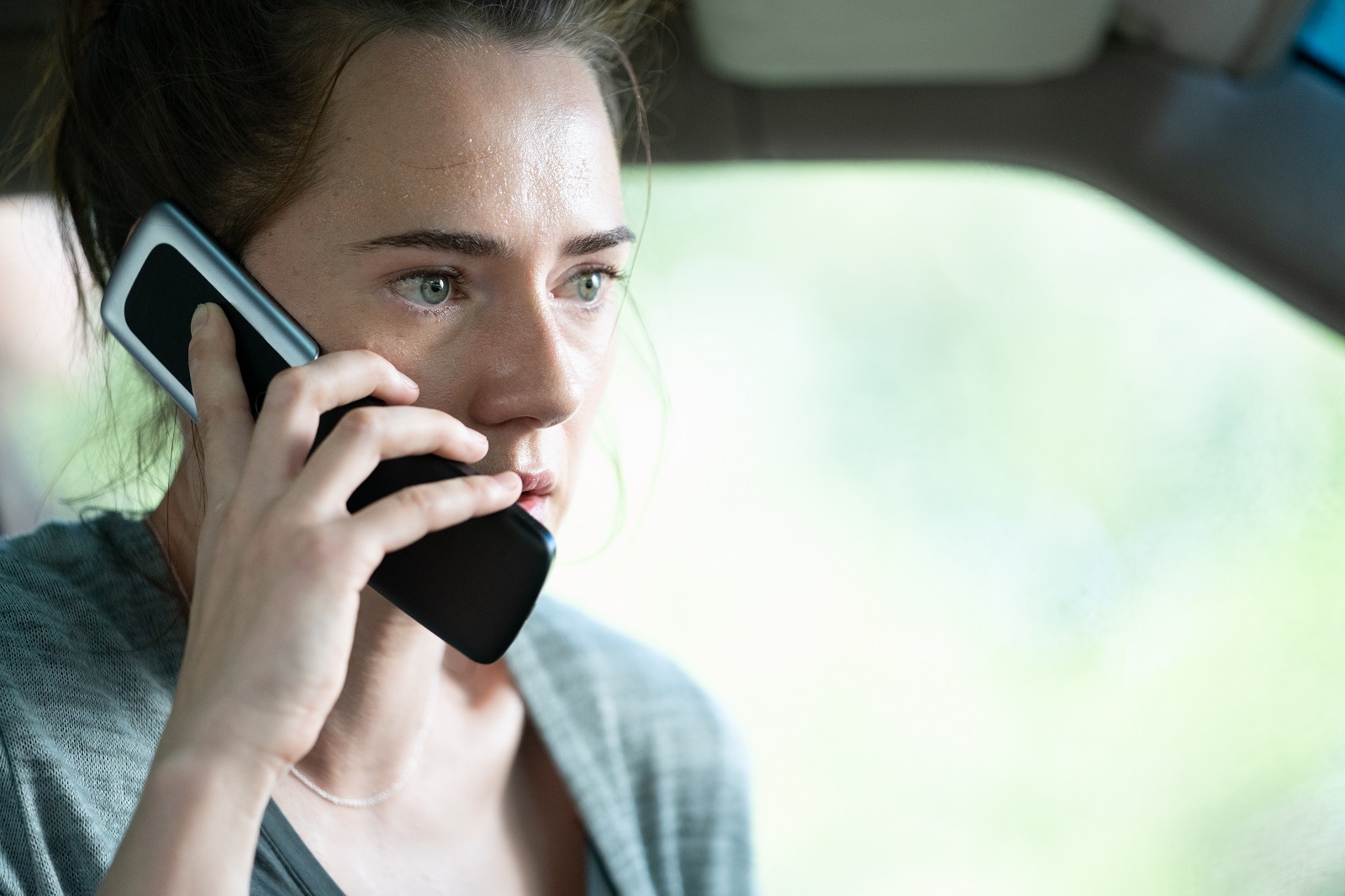 Writer Carl Ellsworth has built a career around delivering modern updates of familiar stories with films such as Red Eye and Disturbia. What these films lack in substance they make up for in a hurried pace and central performances to better capitalize on the concept. That is key to Unhinged, as Crowe is very much acting as the title suggests throughout the film. To the film’s detriment, however, the choice to introduce the character in a cold open takes away from the level of surprise when it comes to seeing how many lines this film will cross.

Also not helping is the limited function of Rachel. No matter the effort from Pistorius, the film, as stripped down as it already is, never allows her more than a few notes to play. Putting her up against a man who already gets established as a ferocious bear wearing a button-up shirt and slacks means any sense of mystery as to how far things will go is eliminated. Instead, the movie is either in neutral or riding fast in high gear, with an innocent being terrorized by a force with little nuance.

And yet, there’s something to be found in this wacky film that is worthwhile. This is a no-holds-barred performance from Crowe, where his raging monster of a man is allowed wonderfully looney moments of him dropping a nice guy schtick in favor of maniacal plotting, stabbings, and heavy grunting. One does not root for the action taking place in this film. However, just as one celebrates the continued action presence of an older Liam Neeson, there’s a sort of glee in watching Crowe become the manifestation of this film’s title so clearly, let alone publicly. 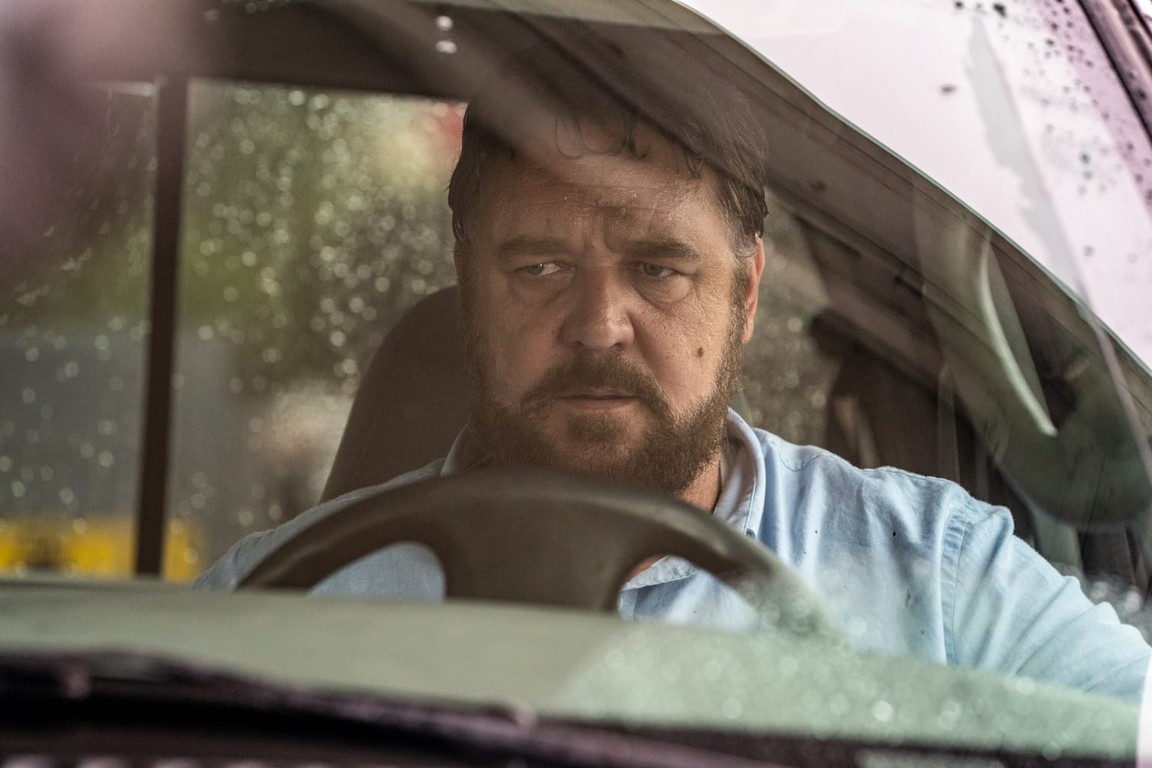 Of course, when the idiot plot ideas kick in and leave the audience no choice but to want to scream the correct way to do things at the screen, that feels like both an accomplishment and a failing. The rapid editing may keep the viewer engrossed, but there’s nothing especially clever about the filmmaking. A few jolts here and there work on a surface level. It all comes down to approaching some final moments and feeling like they are earned. Is a one-liner enough to salvage a whole movie? Not entirely, and yet the film does operate on a level where saying the violence is gratuitous is already a given, so what’s there to complain about?

As mentioned, part of Unhinged’s mark on history is that it arrives as America’s first theatrically wide-release film since the Coronavirus pandemic led to the closure of movie houses for several months. Does building a release around the notion of being first and rewarding the viewer with a film about rage and full of violence serve as its own sort of mental release? Who’s to say. Crowe certainly didn’t make this film knowing it would exist as a way to whet the appetites of moviegoers starved for a theatrical adventure. Although, I only wish I could have seen more of the droll tone he takes in promoting this film, leaning even more into the knowing factor buried within the feature.

Regardless, there’s a film here that delivers a certain kind of entertainment value, thanks to casting Crowe as a beast of a man on a rampage. I can’t say audiences should risk their own lives to watch it, but seeing an Academy Award-winning actor push himself into this territory is a sight to behold. 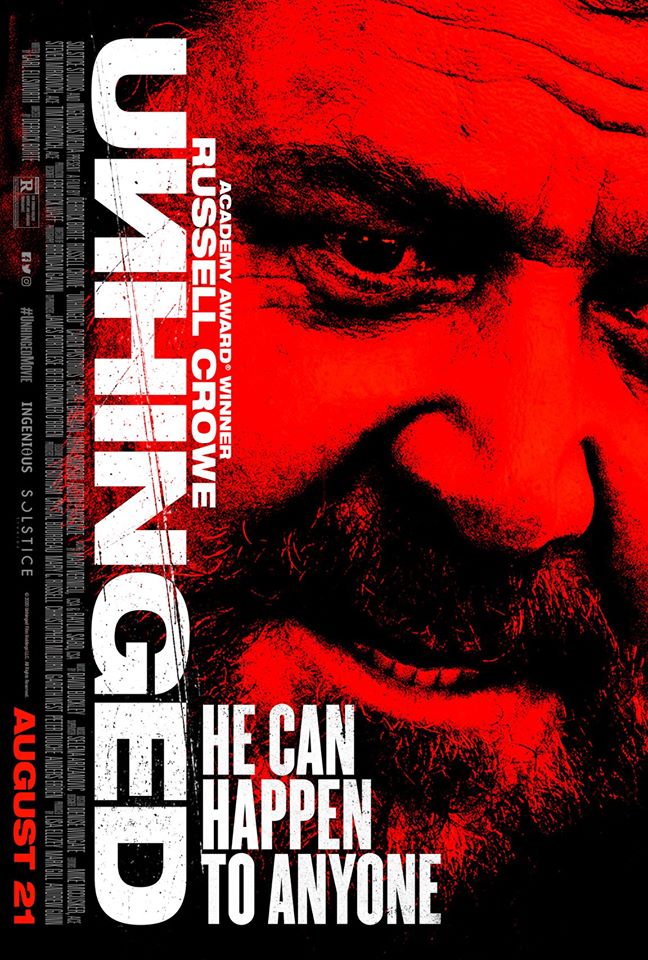