The United States vs. Billie Holiday debuts during Black History Month, and it could not be more fitting – it’s the first major film on the superstar songstress to be written and directed by people of color. Kudos to NAACP Image Award-winner Lee Daniels and Pulitzer-winner Suzan-Lori Parks for their stellar, sympathetic (but never maudlin) take on this crucial look at a striking time in history. It was an era that celebrated, yet shunned, Black jazz musicians—Billie Holiday, aka Lady Day, was both lauded (for her singing) and loathed (for her gender, race, and drug addiction).

The only other notable Billie biopic is 1972’s Lady Sings the Blues, loosely based on the jazz queen’s candid 1956 autobiography, which, in turn, took its title from one of her most popular songs. Motown Productions produced it, but a white Canadian man directed the film. Diana Ross portrayed Holiday, alongside a cast including Billy Dee Williams, Richard Pryor, James T. Callahan, and Scatman Crothers—Ross was nominated for an Oscar, and it was her first film role. The United States vs. Billie Holiday also marks a pop singer’s acting debut—but Andra Day is so note-perfect she should win the Academy Award. 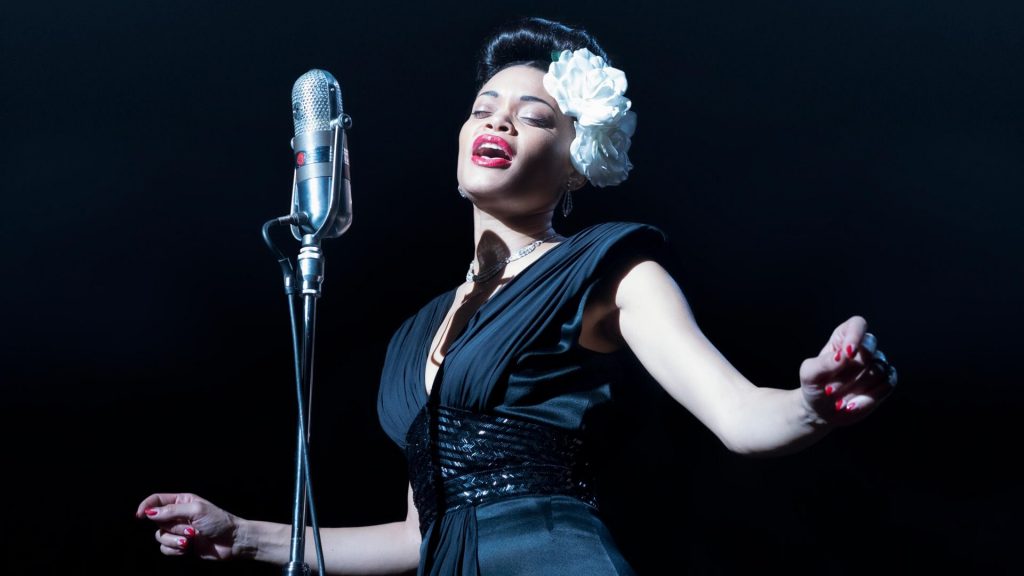 While Holiday is doubtlessly one of the greatest singers in American music history, her talent is always tarnished by the shadow of her addictions, arrests, and abusive relationships. Some of her songs actually celebrate playing the victim (“I’d rather my man would hit me, Then for him to jump up and quit me; I swear I won’t call no copper if I’m beat up by my papa…” Ain’t Nobody’s Business), while others hit hard to lament the plight of her race (“Southern trees bear a strange fruit, Blood on the leaves and blood at the root; Black bodies swingin’ in the Southern breeze… Strange Fruit).

Regardless of what she was singing about, it was never fluff. Her sweet yet cigarette-rough voice and her knowing delivery sounded like she knew more about life and love, hard times and happiness than her audience could ever comprehend. Day brings all of that to her incredibly poignant and deep portrayal of Lady Day. She is a marvel and a wonder to watch—the fact that The United States vs. Billie Holiday marks her acting debut makes her portrayal that much more impressive—and, of course, to hear (she does her own singing). 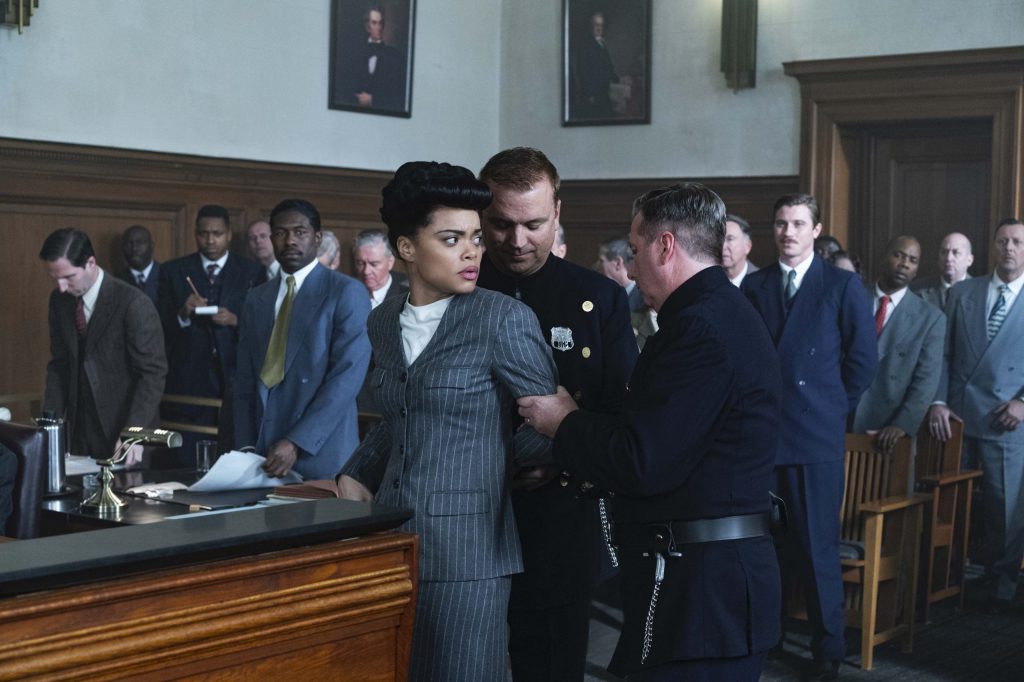 The United States vs. Billie Holiday is based on a nonfiction book about the early days of the “war on drugs,” which singled out Black jazz musicians in particular. In the 40s and 50s, drug addiction was seen as deviant, willful behavior, not due to dependence or disease. Holiday, being female, and singing protest songs to boot, was an easier target than most. The FBI’s Narcotics division went after her with a vengeance, even sending in a Black agent as a mole to infiltrate her entourage. And when that didn’t work out the way they planned, they planted evidence on her and sent her to prison. Even to the very end, as she lay fading in a hospital, she was persecuted (she died shackled to the railings of her bed).

It’s rather sad to know that we, as a Nation, have not come very far. Holiday singing Strange Fruit is not unlike Colin Kaepernick taking a knee. It is harmless, yet it enrages racists. The United States vs. Billie Holiday does take some artistic license when depicting the origin of that song. We are led to believe that she witnessed the awful aftermath of a lynching and wrote those lyrics, but the truth is, a Jewish male schoolteacher saw a photo of a Black man hanged and wrote the song. Still, Billie made it iconic. It was both her blessing and her curse. The United States vs. Billie Holiday puts a lot of its focus on the relationship between Billie and the FBI’s pawn, Jimmy Fletcher (Trevante Rhodes). I believe it’s embellished or reimagined for dramatic purposes, but that’s okay—otherwise, it might as well have been a documentary.

Holiday grew up in a brothel. She was pimped out by her own mother when she was 11 years old. She was blamed for being raped by an older man. Her father died because of Jim Crow laws. She started working as a singer in Harlem at 14. While her early life could be a movie in and of itself, The United States vs. Billie Holiday picks up the action after she is already an established superstar—it cuts to the chase, if you will, and wisely so. It’s not a paint-by-numbers biopic, yet it shows us many shades and angles of the protagonist. Daniels (whose only film I’ve liked before this is The Paperboy) does a masterful job bringing drama, romance, dark comedy, and suspense together in The United States vs. Billie Holiday. 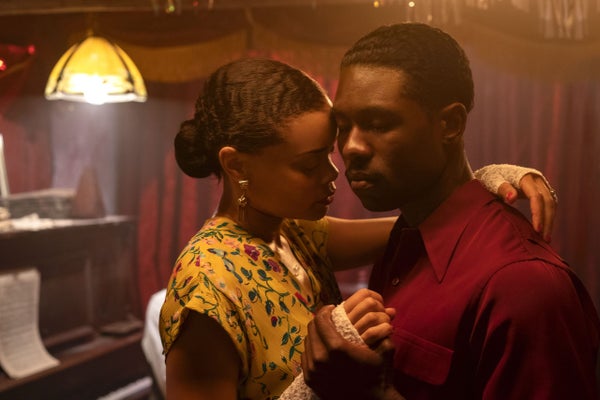 I appreciate the obvious but not obtrusive inclusion in the film. Daniels touches on Holiday’s “secret” affair with Hollywood lesbian Tallulah Bankhead (Natasha Lyonne), shows her in Queer company (Leslie Jordan as an interviewer, and Miss Lawrence as one of the entourage), and celebrates curves (Da’Vine Joy Randolph plays Billie’s bestie).

It’s a given that the music is fantastic. No expense was spared; pretty much every one of Holiday’s hit songs is here, and the famous Carnegie Hall concert is recreated in fetishistic detail. The score is terrific too. The cinematography is warm, rich, and stylish, which casts perfect light on the stunning costumes and sets. While the story is sad, the cinema of it all is beautiful to behold.

The United States vs. Billie Holiday is the best onscreen depiction of Holiday to date, and while it’s pretty early to call it, it is probably one of the best films of the year. Well worth watching more than once. 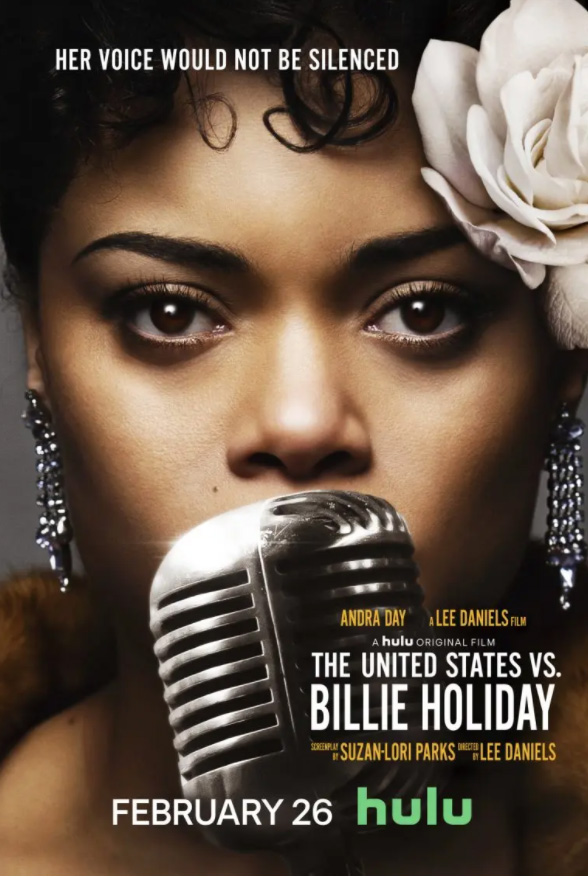 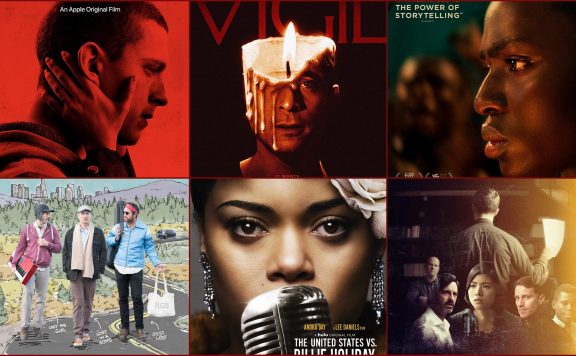 ‘The United States vs. Billie Holiday’ Review: A Comprehensive Look at a Controversial Star 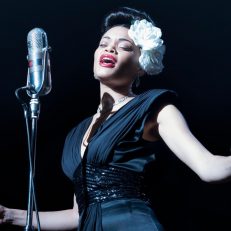 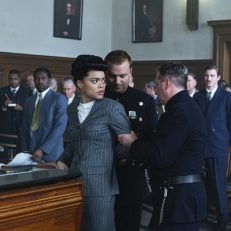 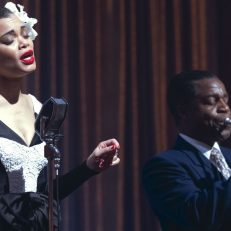 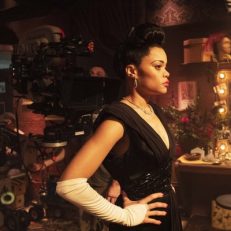 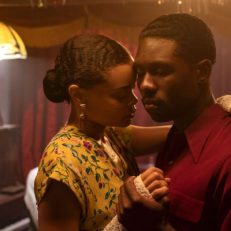 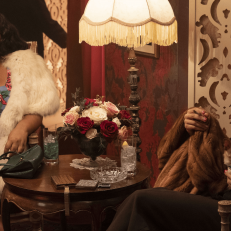 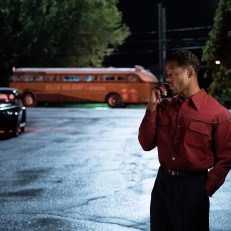 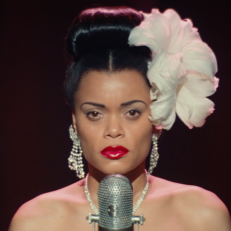