It’s a story we’ve seen before–a young black boy coming-of-age in an inner-city environment confronting the pull and allure of the streets and his dreams of making good and overcoming the stereotype. But “Charm City Kings” is a timely, yet timeless, raw, and authentic love letter to the culture that gives us hope for the future.

“Charm City Kings” takes place in West Baltimore, MD, and revolves around fourteen-year-old Mouse (Jahi Di’Allo Winston) and his two best friends, Lamont (Donielle T. Hansley Jr.) and Sweartagawd (Kezii Curtis), and their infatuation for the Baltimore dirt bike culture. They are seventh graders who spend their summer before 8th grade trying to find themselves and figuring out the path that their lives will take. Every Sunday during the summer is “The Ride”–a cultural institution and rite of passage in their city–it is where all of the dirt bikers and the community congregate to watch the bikers show off their rides with their tricks and stunts. Mouse dreams of becoming a vet one day, but the allure of the street bike culture and fast money is like a siren call. The three teens want nothing more than to fit in the guys and will do whatever it takes to prove their loyalty to the streets with tragic results. 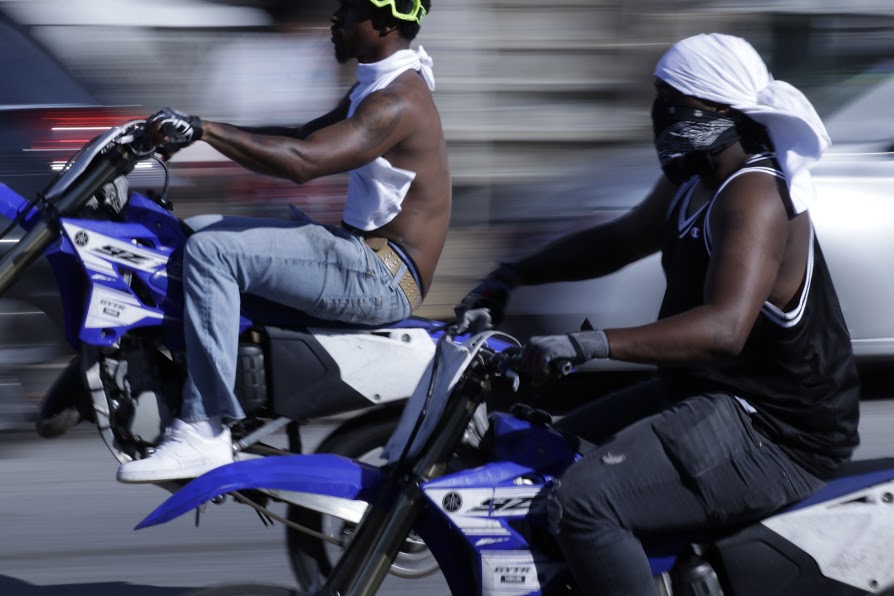 Although Mouse is growing up in a single-parent household (his mom, played by Teyonah Parris, is doing her best to keep him out of trouble and one the straight and narrow while juggling work and school), she tries her best to protect her son after already losing her first-born to the streets. Along the way, Mouse has two prominent male figures who serve as mentors–whether wanted or not–who make sure that he stays the course and doesn’t fall prey to the streets. On one hand, there is Detective Rivers (William Catlett), a black cop who was set up as a mentor to Mouse through a school program, although Mouse doesn’t want him always showing up and sticking his nose in Mouse’s business–but he doesn’t give up on him. On the other hand, there is Blax (Meek Mill)–a legend in the dirt bike world and recently out of prison, but also trying to keep his nose clean–who takes Mouse under his wing and gives him his first foot in the game while working at his mechanic shop. Although the two men don’t see eye to eye nor do they trust each other, they both want the best for Mouse and will do everything in their power to make sure that gets it.

As the summer progresses, Mouse stops showing up for work at the local vets’ office and as the three young boys get deeper and deeper into the game through The Midnight Clique and under the influence of leader Jamal (Chino Braxton–real-life MD dirt biking legend), the boys “manhood” and friendship is tested when an armed robbery goes deadly wrong. Panicked and in over his head, Mouse runs to Blax for help who in turns gives him a second chance at life and his dreams with the help of Det. Rivers. 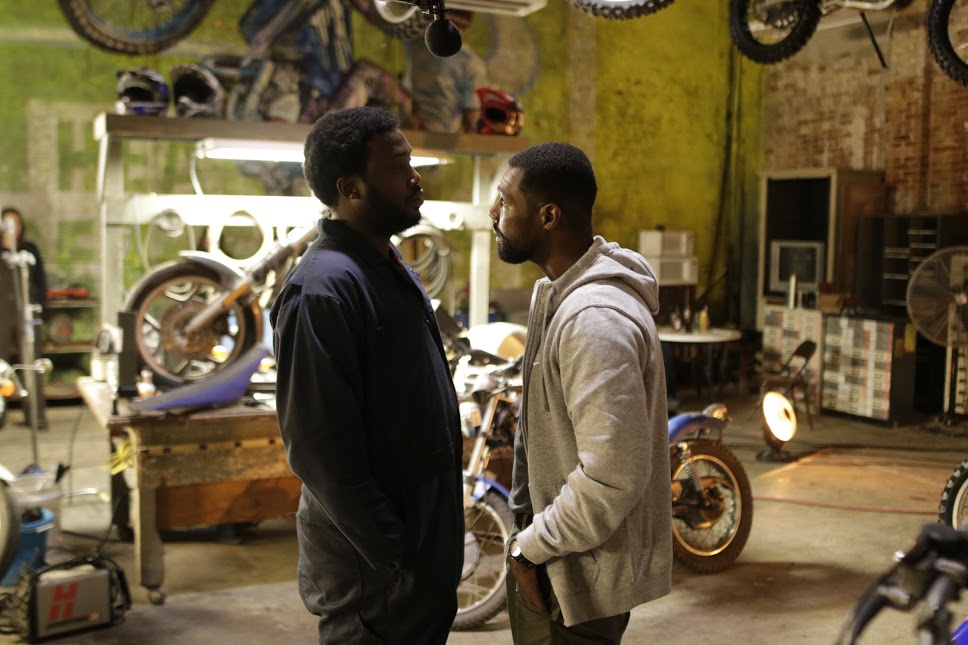 Of course at first glance, “Charm City Kings” seems like a story we’ve seen before, time and time again. But it is a story that happens over and over again in the minority and inner-city communities. Young men (and women) are torn between their loyalty to the streets and their community and “making it out” and wanting something more and different and more for themselves. So it’s a story that will keep being told because each one has its own nuances and flavor to it. This one is steeped in the Baltimore streets and dirt bike culture giving it its own rawness and authenticity (and it drives the point home even more by using figures from that culture and lifestyle). It has the familiar themes and tropes–redemption, mentors, tough choices, cops and the inner city (and the tension between the two), the need to help your family, Asian convenience store owners in the middle of the hood, single-parent households, summer romance and trying to impress the girls a need to make money to help your family out along with a loss of innocence. The film is very akin to this year’s “Concrete Cowboy” which is also a coming-of-age story that happens while being immersed in a very specific culture–urban cowboys.

But “Charm City Kings” is more than just a cliched story because director Angel Manuel Soto immerses us in authenticity–from the high adrenaline street chases and the block during The Ride to the beautiful tender moments between Mouse and his love interest Niki (Chandler DuPont) or the light-hearted moments of still innocent young men on the cusp of manhood. It is his guerilla-style filmmaking that gives this film its edge and realness–we get to see this culture in all its glory, its flaws, and beauty. The film also shows off a different side of policing–a more community based policing in which the officers are connected to the community and show care, respect, and concern for the people they are meant to protect. But it is not done in a way that glorifies the cops but shows the possibilities if they are invested in the communities and people they interact with. Because the film uses both actors and non-actors from the biker world, “Charm City Kings” rings truer and the performances more intense and authentic–we see this culture and this city as it really is. Winston gives a strong performance and even does a good job with the Baltimore accent. In the end, this film shows us the possibilities of our inner-city youth (with a little support, love, and guidance) and not the hopelessness portrayed in the media but it doesn’t sugarcoat the message.