We’re all used to the pictures of beautiful beaches, leis, and hula dancers when we think of Hawaii, but director Christopher Kahunahana takes us beyond the tourist veneer into the real daily lives of the people of Hawaii in Waikiki.

Waikiki is a story of the impact of the tourism industry on the Hawaiian people and culture and its effects on its people’s mental health, sense of identity, and economy.  The film revolves around Kea (Danielle Zalopany), who works several jobs as a teacher, hula dancer, and drumming up business at a local karaoke bar. She’s in an abusive relationship and living on the brink out of her van. One night after a fight with her boyfriend, Kea hits a homeless man (Wo) and panics, taking him into her van and life, against her boyfriend’s advice. As time goes on, the two become closer and closer as Kea’s mental state begins to unravel. But this man what he seems or just a figment of her deteriorating mind? Has the state of her life and the pressures of it finally pushed her over the edge?

From its beautiful, ominous opening, we know this is going to be much more than just an idyllic look at Hawaii and its people. We are going beyond the people who only come to visit to the heart of Hawaii–its people and its land. As Kea struggles to make ends meet and get her life together, she hits rock bottom when her van is stolen one night when Wo was supposed to be watching it for her. She viciously berates him for letting her van be taken. From there, her mental stability spirals even more as Kea begins to have manic mood swings. And the whole time she is with Wo, he rarely talks, and their relationship seems much more one-sided–leading one to question whether he is just a physical manifestation of her mental deterioration and a reflection of how she feels about herself.

Along the way, the film keeps reverting back and forth between memories of Kea as a young girl and her present situation–the way it was shot makes one feel like they too are losing their mind or being swept up in Kea’s. The childhood memories are serene and peaceful, beautiful, and light-filled with nature and the land, while her present day is a dark, intense, chaotic moment filled with despair. Zalopany does a fantastic job of delivering a raw and intense performance as someone who is losing themselves, both mentally and identity-wise.

“Waikiki” is not a look at your stereotypical paradise–its real people deal with real life and the hardships that are lurking beneath the surface of Hawaii. It’s a story of displacement and a people who are being priced out of their own home–the land–and are struggling to keep their culture and way of life. It is a story of a loss of identity–not just of Kea, but of Hawaii as a whole. It is an authentic look at the daily life or the real Hawaii. But Kahunahana and his actors do a fantastic job showing the beauty in the tragedy while reminding us that Hawaii is much more than the breathtaking photos and carefree moments in the sun and still leaves viewers with a sense of hope for the future. 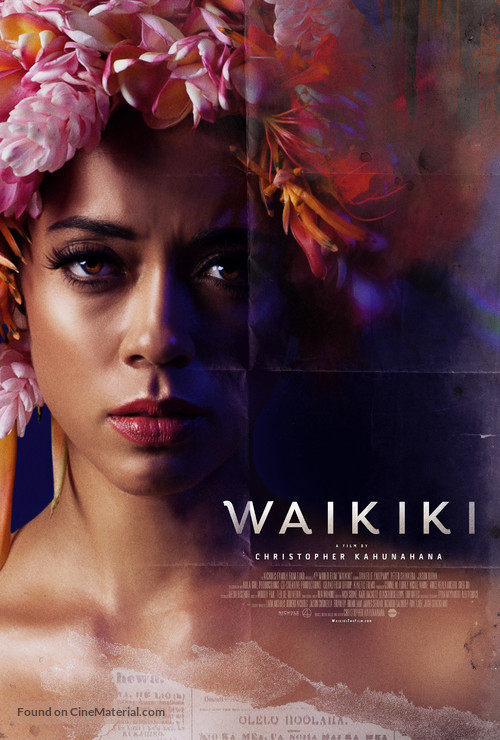 Urbanworld 2020 Review: ‘Waikiki’ Takes Us Beyond The Picturesque Beaches To The Real Hawaii

We're all used to the pictures of beautiful beaches, leis, and hula dancers when we think of Hawaii, but director Christopher Kahunahana takes us beyond the tourist veneer into the real daily lives of the people of Hawaii in Waikiki. ...
0
Average User Rating
0 votes
Please sign in to rate.
Film:Waikiki
Cast:Danielle Zalopany, Jason Quinn, Kimo Kahoano, Peter Shinkoda
Director(s):Chistopher Kahunahana
Writer(s):Chistopher Kahuanhana
Genre:Drama