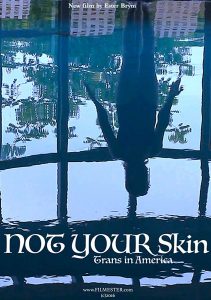 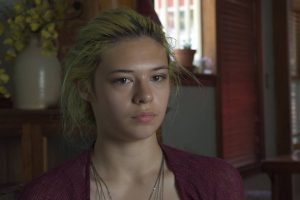 The trans subjects are the heart of Not Your Skin. This handful of personal stories is enough to illustrate how every trans person has a journey as unique as every individual human being. I hope personalizing these stories illustrates that the subject is both bigger than the bullet point “Trans rights” and more intimate on an individual level. 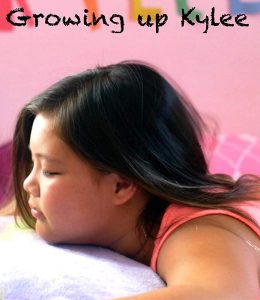 The interviews with the subjects get right to the heart of trans identity and the experience with family and society. As a journalist, I can tell when documentary filmmakers are asking the right questions. It mostly involves listening to the subject so they know what aspects to follow up on. (And documentarians who ask the wrong ones, I’m onto you.) You never hear Brym’s voice in the film but the interviews seem to be compiled from long sessions of the subjects baring their souls and Brym giving them a safe, supportive safe, then piecing together the highlights as a master editor.

Ultimately, I think what it’s going to take for acceptance is meeting individual trans people. A lot of people may never meet a trans man or woman in real life, but they can in films like Not Your Skin, and I thank Lisa, CJ, Lindsie, Nicole, Jonas, Kylee, Janet and all their family members for continuing this conversation. 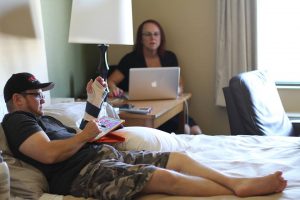 Brym happened to be there when CJ was undergoing a procedure, and he opened up and allowed her to document it at his most vulnerable. For the younger kids, if they transition early enough they can actually receive puberty blockers. Some families discuss the costs of the procedures. At $1600/month for shots, families make sacrifices to support their loved one, if they can. It makes my heart break for people who have to remain the gender they don’t feel because they have to pay for rent and food first.

Not Your Skin also includes doctors and psychologists who speak to the medical procedure and social phenomenon with statistics and science to back it up. It is another important, matter of fact perspective that can dispel a lot of the hysteria surrounding opposition to trans people.

I’m a cis white male so as empathetic as I can be, I haven’t experienced being trans. I hope supporting Not Your Skin can get the film in front of people who need to see it, both to help cis people understand and to show trans people they are not alone.

Find out more about Not Your Skin at the film’s official Facebook page.