Director Todd Haynes’ documentary on the seminal New York pre-punk glam experimental rock band, The Velvet Underground, is not a gateway drug into the band’s allure—it is a full-on heroin addiction from the start. Mirroring its inception in The Factory of Andy Warhol, The Velvet Underground is aggressively arty, choosing to begin (and stay with, for several minutes) a kaleidoscope of nameless faces, some of them speaking as if picked up in mid-conversation.

While the band, which lasted from 1964 to 1973, was led by the charismatic and destructive front-man Lou Reed, we only see him speak on-camera in the documentary’s final moments. Of course, he passed away long before Haynes took on this project, but it is a bold choice to keep the band’s leader quiet until the very end. (And the words “The Velvet Underground” are not even uttered within the first hour.) In the time leading up to the moment he speaks, we see and hear a lot about Reed, thanks to vintage concert clips, a myriad of photographs, and the recollections of his peers and family. 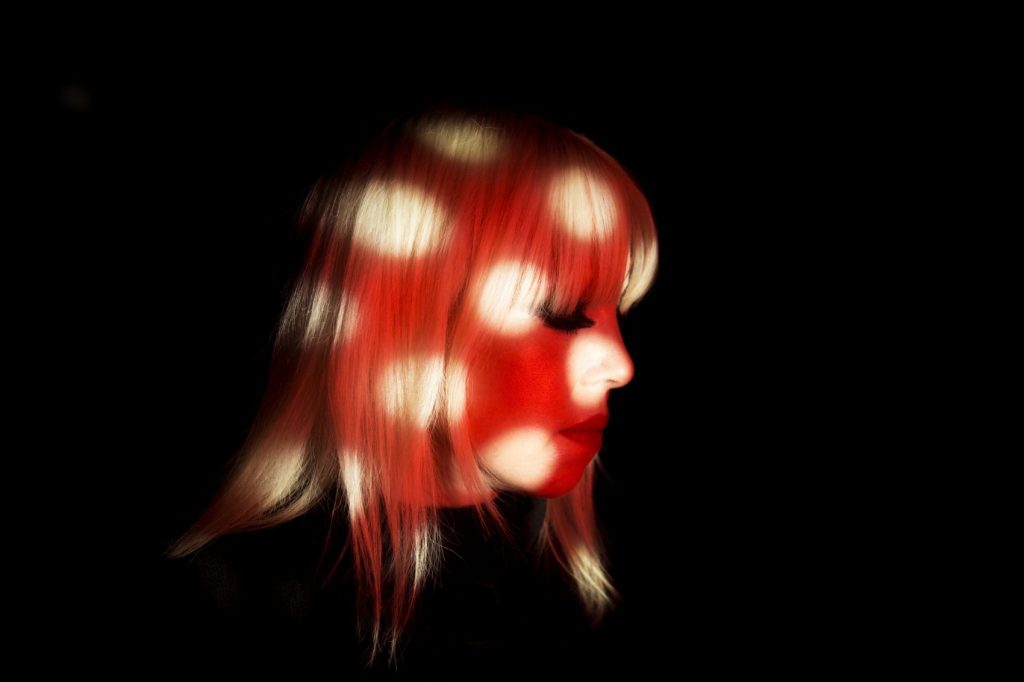 While The Velvet Underground is not one of my favorite groups, Haynes is one of my favorite filmmakers. His Avante Garde biopic about Bob Dylan, I’m Not There (2007) is a flat-out masterpiece, boldly depicting the poet through six actors. The Velvet Goldmine (1998) takes the myth of David Bowie and blends it with Citizen Kane, while his underground Karen Carpenter musical, Superstar (1988), interprets the late songstress and percussionist as a starved Barbie Doll. So, who better to tell the story of The Velvet Underground? Only Hayne doesn’t tell it—he shows it. The film is linear but not structured. And if you know nothing about the band, a Wiki tutorial before you begin will be helpful—otherwise, you’ll be on the trip without a map. The Velvet Underground was, indeed, a trippy band.

While the artiness of The Velvet Underground does grate on occasion, using that conceit is an effective device that gives a 2021 audience some sense of what it must have been like in the swinging’ 60s—the darker, meaner side of it, that is. New York’s music scene back then was the antithesis of the “peace and love” hippie movement on the West Coast. And, as founding band member and de facto spokesman John Cale says, “We hated the hippies.” Interestingly, California experimentalist Frank Zappa drew their ire in particular—perhaps because they saw something of themselves in him? (To my mind, The Velvet Underground and The Mothers of Invention share several similarities.) 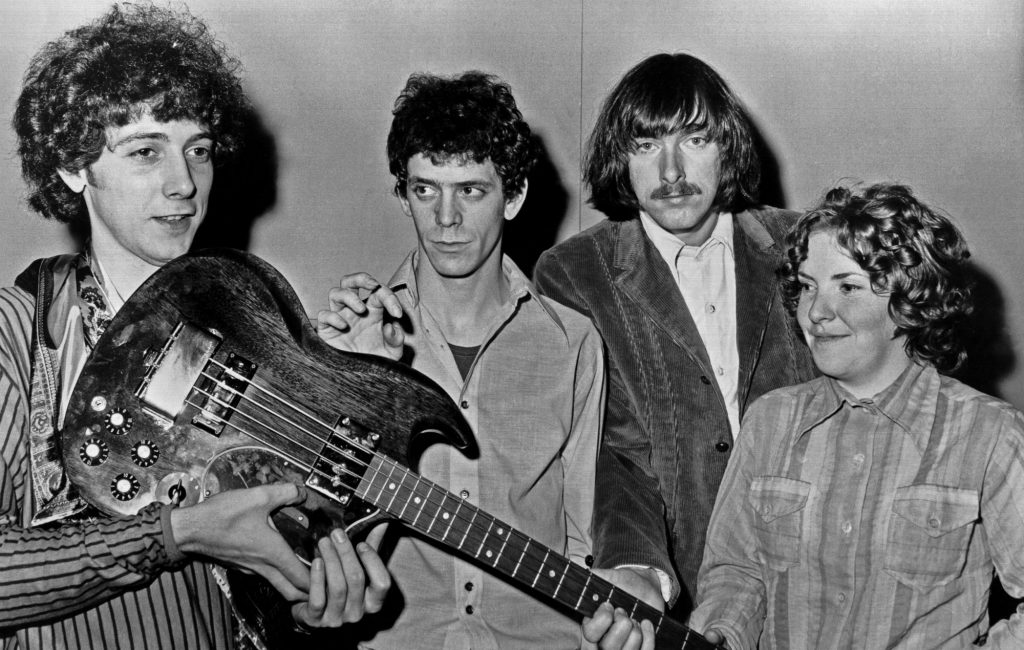 Aside from that, there is not much said about other bands or musicians who were popular at the time, and there is basically nothing said about how The Velvet Underground influenced future generations of musicians and artists. It says they are influential but does not explain how. Furthermore, nothing much is said about Maureen “Moe” Tucker’s radical yet minimalist drumming style, or how she paved the way for the likes of Karen Carpenter, Meg White, and Cindy Blackman Montana.

While the band was American in origin, Cale is from Wales, and its short-time female vocalist, Nico, was born in Germany. It would have been interesting to learn what their cultures brought to the music itself. Warhol is ascribed with “manufacturing” The Velvet Underground, and while he is credited as the producer of their debut album, The Velvet Underground & Nico, his only real creative contribution was creating the now-famous banana cover image. Haynes spends a relatively short time with Warhol, choosing to give us his side-story in a series of snapshots.

The editing, structure, look and feel of The Velvet Underground is so ’60s that it even presents its contemporary footage in 16mm. Most of the band is dead, but there are still plenty of credible people left from the era to talk about them: Reed’s sister, Merrill Reed Weiner; Warhol confidants Mary Woronov and Amy Taubin; the band’s mascot Jonathan Richman, and Laurie Anderson, who was the bisexual Reed’s “soulmate.” 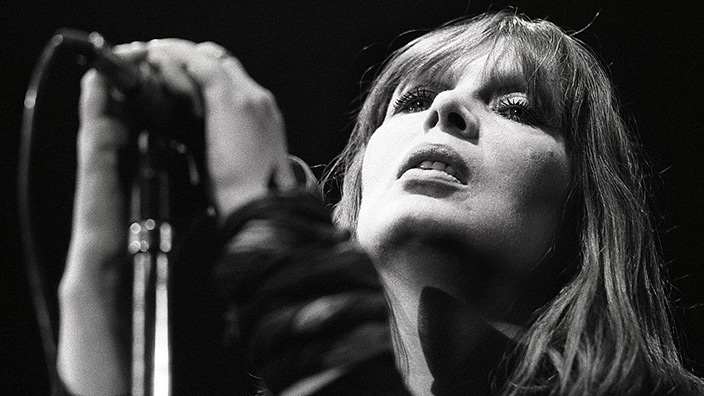 While Apple TV is the perfect vehicle to remind fans of The Velvet Underground and will assuredly gain some new converts, it’s a shame that The Velvet Underground probably won’t be experienced in theaters by most. It is coming out in limited theatrical though, so if you have the opportunity, see it that way (I have the feeling that the tiny “Brady Bunch” style squares of talking heads and the grainy footage of gritty NYC will come across a lot better on the big screen).

The Velvet Underground will be available to stream on Apple TV+ starting October 15, 2021. 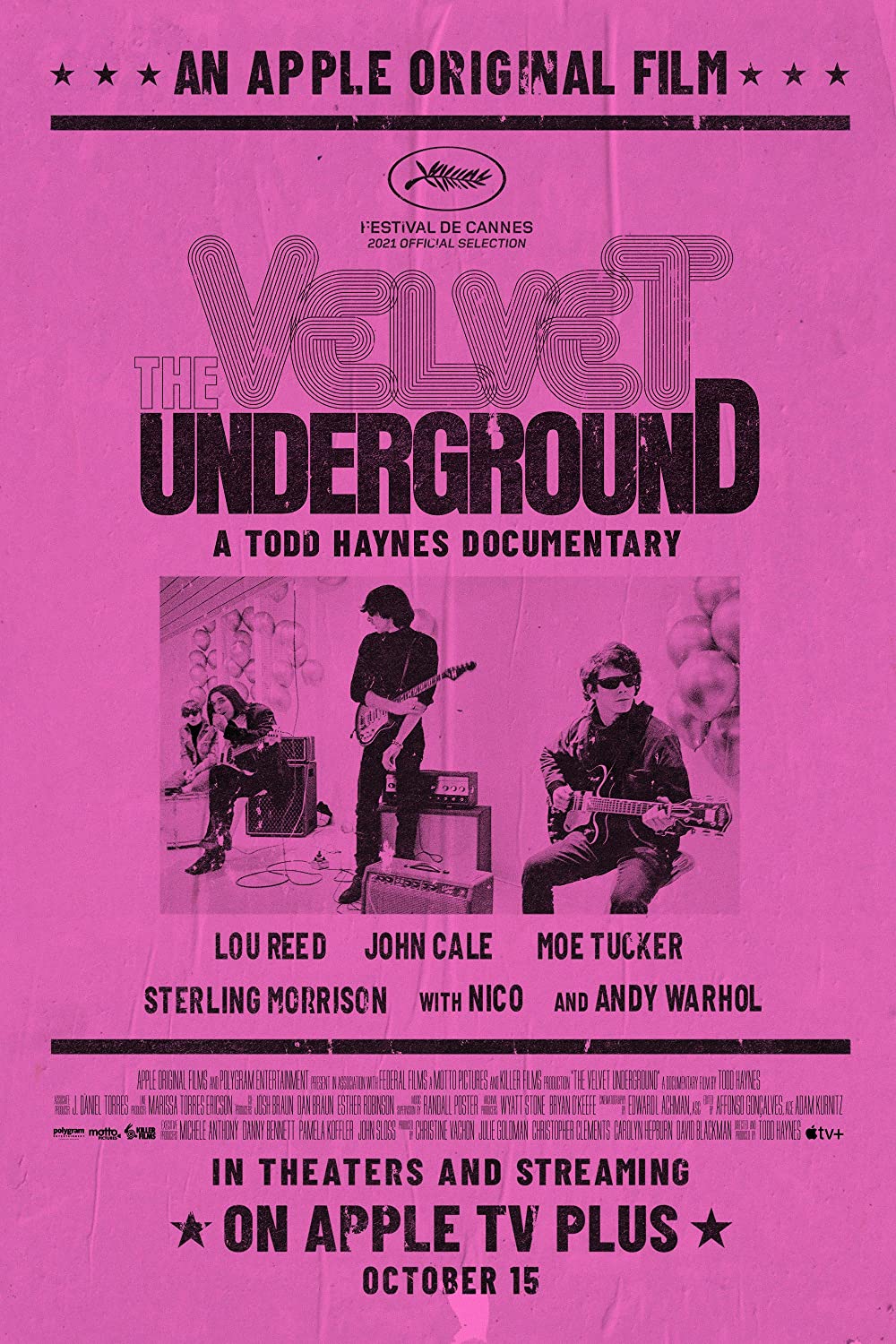 ‘The Velvet Underground’ Review: Take the Trip Without a Map