A Walk Among the Tombstones

After hearing mumbling as I left the screening, I might be one of a few who actually didn’t hate Liam Neeson’s latest film, A Walk Among the Tombstones, directed and adapted to screen by Scott Frank. This does not mean, however, that I like it either. A lumbering pace and an utterly demoralizing and distasteful premise unnerved me more than it entertained. Frank’s cast does warrant praise, even if the film as a whole does not.

Neeson stars as Matt Scudder, an ex-NYPD cop and recovering alcoholic, who as an unlicensed private investigator takes on a client (Dan Stevens), who also steps on the law. Kidnapping and murder are the order of the day and darkness and violence prevail. Based on Lawrence Block’s bestselling series of mystery novels, Frank leads us through a tangle of grisly crimes, red herrings and creepy suspects. It’s all extremely dismal and unsettling, and the two criminals are especially unnerving  – cold-blooded individuals, more cruel, evil and sinister than we’ve come this close to in a while. Ray (played venomously by David Harbour) and his pitiless partner ooze brutality, and watching them literally gave me the shivers.

The story itself harbors (pun) little new in terms of Neeson’s character, as T. J. (Brian “Astro” Bradley), a boy, points out he’s like Sam Spade. But Neeson works Scudder well – determined, deadly and personally dreary. A bit of crafty CGI takes him from youthful drunk cop to aging, angry detective and that’s cool, but I saw no need (other than perhaps the source material) to include the boy at all, other than to add a bit of humanity to the entire dirty affair. Stevens leers and acts like the criminal he is, but sadly (and I say this for our society) his drug-dealer persona and that of his drug-addicted brother garner sympathy in the shadow of the story’s unsavory villains.

A Walk Among the Tombstones earns its R rating well. A few times I turned my head away from the screen. Neeson seems to like these dark, deadly characters and I like watching him, so I can’t lament time lost. Harbour does villainy well, so well I cringed. For this and not for Frank’s rendering, I am placing a C in my grade book. 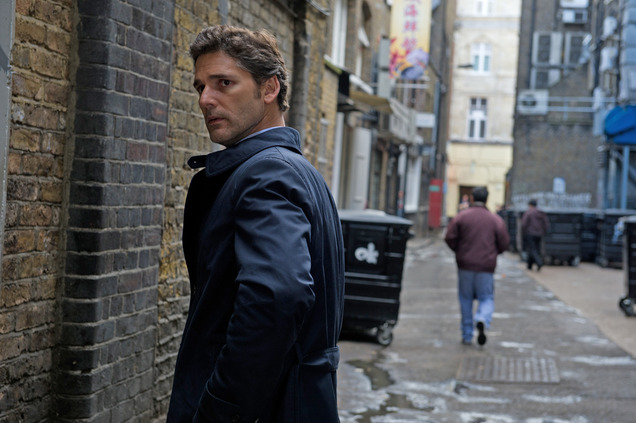 “A Walk Among the Tombstones” – Review by Laurie Coker