Director David Wain has gained moderate success with his previously directed movies. Wet Hot American Summer has become a cult classic among certain people and I would consider Role Models one of the better comedies to come out in the last five years. Now he hasWanderlust which stars Paul Rudd (Role Models, Knocked Up) and Jennifer Aniston (Friends, Horrible Bosses).

George (Paul Rudd) and Linda (Jennifer Aniston) live in Manhattan and are trying to get their lives together. When George loses his job and Linda’s documentary doesn’t get picked up by HBO they have no choice but to move down to Atlanta to live with George’s brother Rick (Ken Marino). On the way to Atlanta they stop off at a place called Elysium, which turns out to be a pretty great experience with lots of great people living there. When things don’t work out at Rick’s, George decides they are going to go live at Elysium. Linda isn’t sure about this decision so they make a deal to see whether or not they like it after two weeks. As the days pass Linda starts to love living in this place so much more everyday while George starts to despise it, meaning he’ll have to make the decision to stay in this place he hates with his wife or leave it for the real world.

This movie felt a little bit like David Wain’s Wet Hot American Summer because that movie felt like a bunch of random skits thrown together mixed with a very thin plot to make it last 90 minutes.Wanderlust suffers from feeling like it’s going from skit to skit but it’s handled somewhat better and doesn’t just feel like a Saturday Night Live sketch stretched out to make it last an hour and a half. Davd Wain tends to use a lot of the same people in all of his movies and likes to do a lot of improvising from his actors so at times it can feel like a Judd Apatow movie.

Despite it feeling somewhat like an Apatow movie it really did make me laugh and that’s all I wanted out of this movie. Not every joke hits and not every scene works but the ones that do are very funny and had me laughing pretty hard. A scene in particular, that is probably my favorite scene, has Paul Rudd talking to himself in front of a mirror which is just downright hilarious. There is a subplot that comes in almost at the very end of the movie with these people trying to buy the land Elysium is on so they can build a casino in it’s place. This just felt unneeded and was clearly just a plot device to have some sort of conflict towards the end of the movie.

The cast here works very well. Both Paul Rudd and Jennifer Aniston are essentially playing themselves but they are very good at doing so and they do a decent job in the lead roles here. Everyone in the supporting cast is on top of their game here. Jo Lo Truglio, Kathryn Hahn, Jordan Peele, Alan Alda and especially Justin Theroux all add plenty of humor to the movie and make the people of Elysium very colorful and entertaining. The only parts of this movie I wasn’t fond of were Malin Akerman as a member of Elysium who wants to have sex with Paul Rudd and everything involved with Ken Marino and his wife. In the scenes with Ken Marino he is just so painfully unfunny that I couldn’t wait for the next scene to role around, thankfully his wife, played by Michaela Watkins, provides a few laughs in those scenes.

In the end, Wanderlust is a somewhat enjoyable comedy. It’s got plenty of laughs and the cast works great together but the story is almost non-existent and the scenes with Ken Marino should have just been taken out altogether. 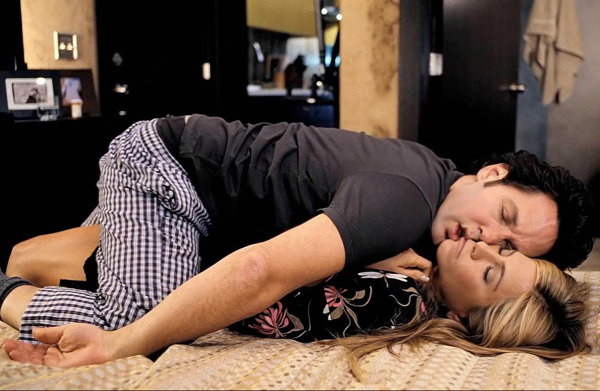 Wanderlust Review by Jake Peffer Director David Wain has gained moderate success with his previously directed movies. Wet Hot American Summer has become a cult classic among certain people and I would consider Role Models one of the bet...
0
Average User Rating
0 votes
Please sign in to rate.