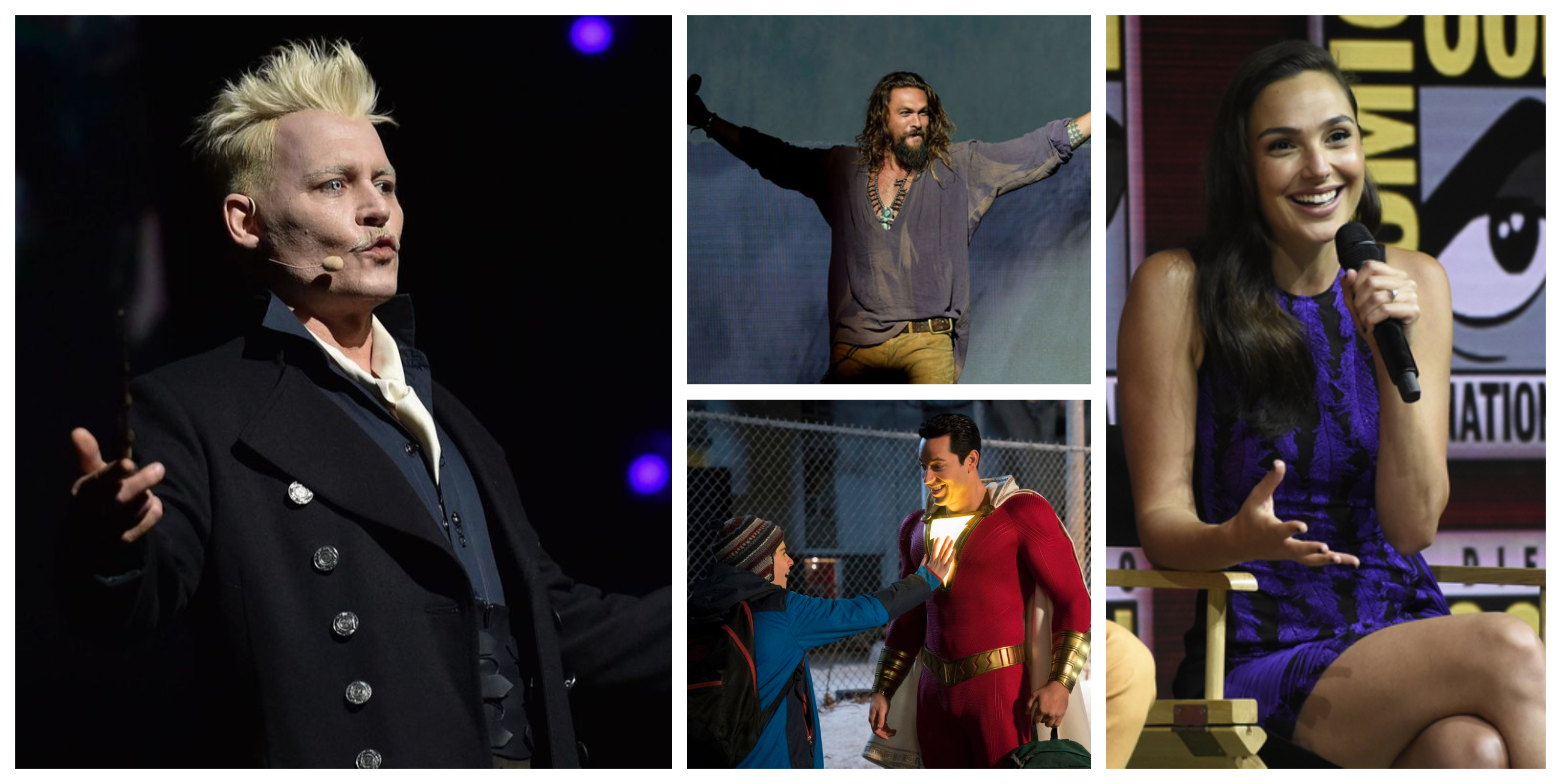 I have been attending San Diego Comic-Con for about ten years now. While some years have definitely been stronger than others 2018, in my opinion, is one of the weakest years since I started attending Comic Con. The Hall H line-up didn’t do much to wow me and while there were a few other panels that I really wanted to attend like Crazy Ex-Girlfriend, I couldn’t get in due to the limited space in the room. So, like the previous years, I spent most of my Thursday and Friday in Hall H.

The highlight of Thursday was definitely the Doctor Who panel, which even though I am not a fan of the show, I could feel the excitement in the air and there was something special about seeing Jodie Whittaker becoming the first female Doctor.  I thought the rest of the Thursday panels were pretty bland. The Predator panel was pretty entertaining but nothing all that special or memorable.

On Friday, fans of The Walking Dead learned that Andrew Lincoln would be retiring from his role as Rick Grimes after season nine.  The Universal Pictures presentation which featured exclusive sneak peeks at David Gordon Green’s Halloween and M. Night’s Glass was definitely the highlight of Hall H that day especially the special moment that Jamie Lee Curtis shared with an emotional fan who thanked her for saving his life. Truth be told, I was very underwhelmed by pretty much everything else that went on in Hall H on Friday including the Sony and Paramount presentations.

As a long time Comic-Con attendee, my favorite day of Comic-Con has always been Saturday. The reason why I love Saturday is that the day is full of film-related goodness. This year, the Saturday line-up wasn’t as jammed packed as it was in previous years, but Warner Brothers kicked off the day in style with a panel that raised the bar for rest of this year’s Comic-Con.

Kicking off the Warner Brothers panel was Fantastic Beasts: The Crimes of Grindelwald. This, in my opinion, was the strongest panel of all of the WB panels this year. Eddie Redmayne appeared on stage casting a spell on the audience which was followed by a Hall H first look at the new Fantastic Beasts trailer. The crowd reaction to the newest trailer was overwhelmingly positive.

After the trailer premiere, moderator Aisha Tyler and Eddie Redmayne shared a lively conversation with most of the cast including Jude Law, Ezra Miller, and Katherine Waterston. The Fantastic Beasts panel ended with a special surprise appearance by Johnny Depp as Gellert Grindelwald.

You can watch the new Fantastic Beasts: The Crimes of Grindelwald trailer as well as the full panel below:

Up next, The LEGO Movie 2: The Second Part which I thought was the weakest panel of the WB line-up. Maybe I felt this way because WB set the bar so high right out of the gate with Fantastic Beasts: The Crimes of Grindelwald but I found The LEGO Movie 2 to be the least exciting of the bunch. Chris Pratt, Elizabeth Banks, Stephanie Beatriz, Phil Lord, and Chris Miller talked a little bit about the film, answered a few fan questions, and showed Hall H an exclusive sneak peek of the film, which featured even more pop culture references like Jurassic World as well as Mad Max: Fury Road.

You can watch the panel for The LEGO Movie 2: The Second Part below:

Third in line was Godzilla: King of The Monsters. Truth be told, I wasn’t a huge fan of Gareth Edwards’ Godzilla but I thought it was a decent start to something that could potentially become a huge new franchise. While the conversation leading up to the trailer premiere wasn’t all that entertaining, the Godzilla: King of the Monsters trailer was surprisingly impressive. As someone who grew up watching the original Japanese films, I was so happy to see a bunch of classic kaiju monsters in the trailer including King Ghidorah, Mothra, and Rodan.

You can watch the new Godzilla: King of the Monsters trailer as well as the full panel below:

Switching gears to the DC Universe, which is commonly referred to as the DCEU, Patty Jenkins, Gal Gadot and Chris Pine take center stage for about 15 minutes to talk about Wonder Woman 1984 and answer some fan questions. The most notable thing to mention about this film is that it will be a standalone film.

While filming has just started for Wonder Woman 1984, Patty Jenkins brought along a small clip showing Wonder Woman in action. The clip was about a minute long and showed Gal Gadot’s Diana Prince in a shopping mall using her lasso followed by her running down a street. The footage looked promising but there was very little context to anything that was shown. Fans, however, seemed to love it and I think Wonder Woman 1984 is definitely going to be a huge hit in 2019.

You can watch the panel for Wonder Woman 1984 below:

The next DC film that made an appearance during the Hall H presentation was the highly anticipated Shazam! starring Zachary Levi. This was one of my most anticipated panels at Comic-Con this year and it didn’t disappoint. Zachary Levi is so energic and passionate about comic books which makes him perfect for the part. The trailer for Shazam! was simply delightful. The film looks like a ton of fun and features a lighter tone when compared to most of the DCEU films. I think out of all the trailers that I have seen at San Diego Comic-Con this year, Shazam! is the best one.

You can see the Shazam trailer as well as the full panel below:

Ending the Warner Brothers panel was James Wan’s Aquaman which made quite a splash in Hall H. Jason Momoa took to the stage to introduce and bring out the rest of the cast and crew. There were two trailers shown. The first which can be seen below and the second which was a Comic-Con exclusive. Both trailers were pretty badass, but I do have to admit that I did like the humor and action sequences in the Comic-Con exclusive Aquaman trailer a little more. Either way, Aquaman is going to be awesome and the entire cast seems so pumped to be a part of it including Nicole Kidman.

You can watch the Aquaman trailer and panel below: 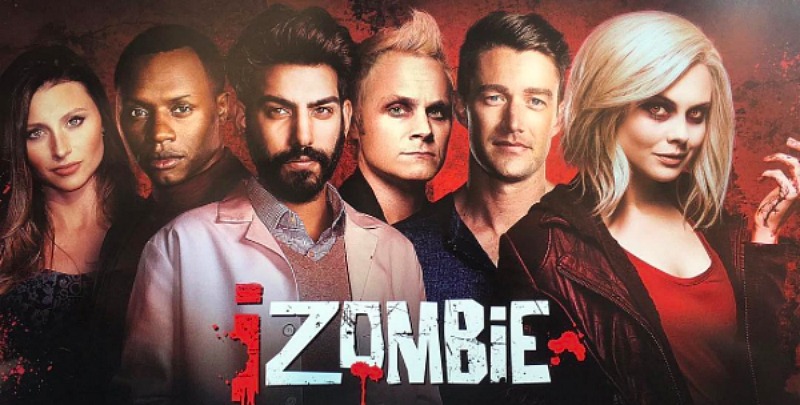 Warner Brothers Hall H Panel was the Biggest Highlight of San Diego Comic-Con 2018.  I have been attending San Diego Comic-Con for about ten years now. While some years have definitely been stronger than others 2018, in my opinion, is on...
0
Average User Rating
0 votes
Please sign in to rate.
Cast:Chris Pratt
Director(s):James Wan, Patty Jenkins