They aren’t my friends.

Cole Carter (Zac Efron) is an aspiring DJ living in the San Fernando Valley looking for his big break. His three best friends Mason (Jonny Weston), Ollie (Shiloh Fernandez), and Squirrel (Alex Shaffer) are also chasing their dream while dealing drugs and working at a shady real estate company that takes advantage of those in foreclosure. One night while guest DJing in Los Angeles, Cole runs into DJ superstar James Reed (Wes Bentley). The two get to talking and it isn’t long before James invites Cole to come along for a drug-fueled night on the town. The next morning, James and Cole start discussing music and with James’ assistant Sophie (Emily Ratajkowski) by their side, the threesome begins to work together on a unique track that will make Cole Carter a household name.

We Are Your Friends is one of those films where the marketing campaigns are intriguing enough to get people into seats. To be completely honest, I don’t really enjoy the club scene nor do I care about the life of someone aspiring to be a DJ. However, the trailer for Friends did a solid job selling this film and made me want to see it. Unfortunately, the final 96 minute film isn’t anywhere nearly as intriguing or interesting as 2 minute and 30 second trailer was.

The main issue with We Are Your Friends isn’t the generic story, but rather the fact that Max Joseph and Meaghan Oppenheimer assume that audiences are going to instantly feel connected to the characters. The script never gives us any reason to care about anyone in this film. It never does anything more than simply showcase everyone as slackers with dreams of becoming celebrities. The entire film we are following Cole but never once did I ever care if he achieved his dream. Efron tries at times to add drama and give us a reason to care but with how predictable the script is and how cliched the story is, I just couldn’t care at all.

What makes matters worse is all the secondary characters here feel as though they are just here to fill time and showcase that Cole isn’t a complete loser. Cole’s three best friends Mason, Ollie, and Squirrel are all cliched characters who just want to drink and party all the time. Throughout the film they are shown constantly arguing with one another and complaining about how crappy their life is. Once again, we never learn enough about these characters to give a shit about them. In fact, we know nothing about them other than one wants to work in a club, one wants to be an actor, and the third, well I have no idea what his goals or dreams were.

SPOILER ALERT: A character dies in this film and its the most anti-climatic death that I have seen in a film in quite some time. In fact, the death is so haphazardly that the entire setup and aftermath of the event take no more than 10 minutes of the film’s runtime. It’s really bad and my wife who literally cries at everything didn’t even remotely care about the death due to how random the scene was mixed with how poorly developed the character was. END SPOILER

Emily Ratajkowski, who I won’t lie is very easy on the eyes, just felt like she was thrown into the film to give it some sex appeal and help force a love story down our throats. Wes Bentley, who is probably the strongest out of the bunch, did what he could to add something to the lackluster script. The problem again is all we know about him is that he is a DJ superstar that has lost his mojo, he sleeps around with various women, and seems addicted to alcohol and drugs. Its not like Bentley hasn’t played a variation of this role in the past. He simply doesn’t have much to do here but given the rest of the cast, he shines above the rest.

Within the 96 minute runtime, there are four stories attempting to told. Cole’s struggle to become this famous DJ, Jon Bernthal getting rich off people whose homes are in foreclosure, Sophie and James relationship/storyline, and lastly Cole’s three friends. The director and the screenwriters try to tackle way too much in such a short amount of time. This results in certain plot points feeling rushed and others just shoehorned into the film for no real reason at all. These storylines are shown with such little depth that there are several scenes that occur and it seems like the writers forgot they even wrote the scenes because we are just left hanging wondering why some of the events even had to occur.

A perfect example of this would be the whole storyline involving Bernthal’s character. This was probably one of the more interesting elements of the film but it was never developed. There was this quick introduction to the character, then suddenly Cole and his friends all worked for the company, and then we see that the business is shady. This entire storyline adds nothing to the film. It could have been removed completely and the film wouldn’t have been any better or worse.

Finally, I think Disney films have less of a happy ending than this film. The way everything comes together within the last 5 minutes is just laughably bad. Its like everyone has a moment of self discovery and finds their way in life. There is even a scene during this 3-5 minute montage where someone who was screwed over by Bernthal’s character even gets a happy ending. Seriously, if the film wasn’t cliched enough throughout, this ending takes it over the top. I seriously started to laugh when these moments started to occur.

All in all, I will give Efron and Bentley some credit for trying and even though I am not into the whole club music thing, I will give the film a few points for the music as well. Sadly, outside of these two things, I really can’t say anything else positive about the film. It was a true end of summer release that I think those in their early 20s  and teens will probably eat up but the rest of the audience will be constantly looking at their phones wondering when the film will end. Films about wanting fame and fortune are a dime a dozen and nothing in We Are Your Friends makes it worthy of your time or money. Skip it and go see an indie film instead this week.

MovieManMenzel’s final rating for We Are Your Friends is a 4 out of 10. 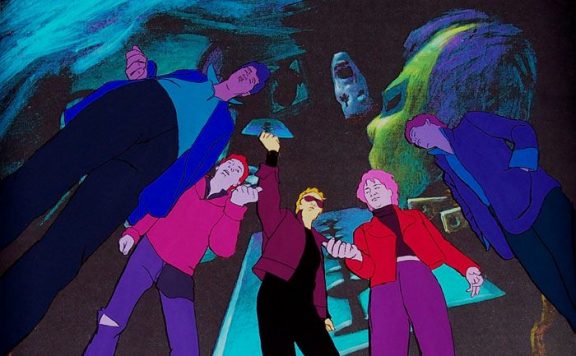 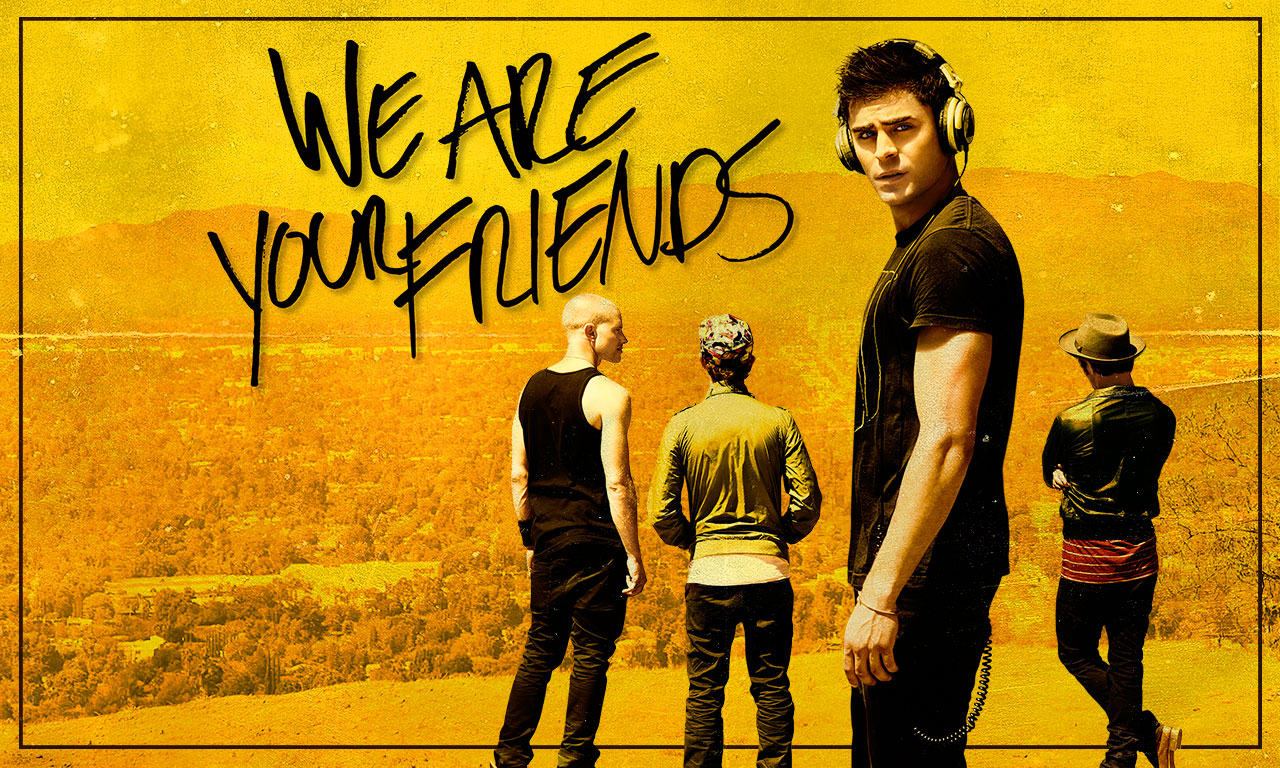 We Are Your Friends Movie Review by MovieManMenzel