Ramin Bahrani is a talented filmmaker whose work has often focused on social class and the division of wealth. His latest film, The White Tiger is based on Aravind Adiga’s novel of the same name. The White Tiger follows Balram, played by Adarsh Gourav, who lives in poverty but works as a driver for the rich. The film showcases Balram’s rise from poverty to a successful entrepreneur. I recently had the opportunity to chat with Bahrani about the film as well as other aspects of his career including the impact film festivals have had on his success as a storyteller.

Scott Menzel: Good morning, Ramin. Thank you so much for taking the time to talk to me this morning. I really admire you as a filmmaker. I think you make very unique but thought-provoking films, that really bring up good points and start conversations. I want to start with that, and just say thank you for doing that.

Ramin Bahrani: Thank you. Thank you so much.

Scott Menzel: So, I’m going to start with an easy one. When did you first discover the novel, and what made you want to make it into a film?

Ramin Bahrani: Well, the novel was written by a very close friend of mine, Arvind Adiga. We’ve been friends since college in the mid-late nineties, in New York, at Columbia University. We’ve had a 25-year dialogue now, about movies, books, the world, our ideas. I’ve shared all my screenplays with him, for feedback and thoughts. He shared a lot of manuscripts with me, and one of them was The White Tiger. So I had been reading it almost four years before it was published, and was just immediately drawn to the character, the voice. Balram’s voice is electric, sarcastic, satirical, dark tone that he had found. I had always wanted to make it into a film. So, in a way, I’ve been waiting 15 years to make this film.

Scott Menzel: Wow. That’s fascinating, that you actually got a sneak peek at it before it was actually published.

Scott Menzel: Most of your films have dealt with social class or the division of wealth. What exactly is it about that topic that speaks to you so dearly?

Ramin Bahrani: I think it’s one of the major issues of our generation, the growing divide in income between, I don’t even want to say the rich and the poor, it’s the rich and everybody else. One of the things we struggle with in America is to understand how tenuous life is for the middle class. I think COVID has really exacerbated that, it’s widened the chasm. I think it might really, in a tragic way, make the story of Balram even more identifiable and understandable here.

Scott Menzel: Yeah. It’s funny because that was actually going to be my next question. It’s crazy how this film mirrors today. I think it especially with the government’s handling of what businesses stay open, and which ones are forced to close. What do you personally think that has to say about our society now?

Ramin Bahrani: Tell me what you mean about that. That’s interesting.

Ramin Bahrani: I saw that on Twitter. That was so infuriating to see.

Scott Menzel: Yeah. And I think that says a lot about what is going on in this society. Movie theaters are not safe, but something else is. Like sporting events now have started to become safer and safer, where they are actually letting people in.

Ramin Bahrani: Yeah. I didn’t understand that either. You could eat in a restaurant without a mask, but you couldn’t go to a movie theater, sit socially distanced, with a mask. That didn’t make a lot of sense. The COVID has unfortunately really exacerbated and unearthed what was there, the struggles of ordinary people. In New York, I found it weird that people were applauding at nighttime for the first-line workers, the EMT workers, the healthcare workers. Many of them don’t have health insurance. That’s astounding to me. You could be an EMT worker and not even have health insurance. So, because of Arvin’s great book, the film has a humorous tone, especially the first half of the film. I think it pops, it’s electric, it’s fun, it’s entertaining. But underneath it, at the same time, there’s a simmering rage. I think, in very frightening ways, we’re feeling that around the world, from what happened recently in Lagos, to now what’s happening in a very frightening and tragic way here.

Scott Menzel: Yeah. It’s just crazy. I couldn’t help but think about what’s going on when I was watching this movie. I also want to point out that most of your previous films, I think almost all of them, have premiered at a film festival. I think under normal circumstances, this movie probably would have premiered at one as well. Can you just briefly talk about the impact film festivals had on your career, and why you feel they’re so important to independent filmmakers like yourself?

Ramin Bahrani: Yeah, that was very sad in a way. All my films have premiered in Venice or Cannes, and later screened at Telluride, Sundance, Toronto, under Cameron Bailey’s leadership has screened all my films. It was heartening to hear from Alberto at Venice, and Julia, and Cameron in Toronto, how much they loved the film when they saw it. But we were not able to screen the film this year with Netflix and festivals, due to their policy around COVID. Without those festivals, I think my career would have been very different.

As an independent filmmaker telling different kinds of stories, if you’re lucky to get into them, it really helps put a spotlight on the film. It helps critics like you take note. It helps the film emerge out of the mass of great movies that are out there. And for people who like those festivals, they want to pay attention. I have found them… Very blessed to have been a part of them, and they’ve had a huge impact on my career, in ways that domestically someone like Roger Ebert, the great late Roger Ebert, was so important to me in my career. Or even someone like Tony Scott, who had been supportive of me early on. It really helps. When you’re making small indie movies it helps.

Scott Menzel: Well, they’re telling me to wrap. Thank you very much for talking to me today. Best of luck with the film, and I’m looking forward to what you do next.

Ramin Bahrani: Thank you so much. Thanks for getting up early.

The White Tiger is now streaming exclusively on Netflix 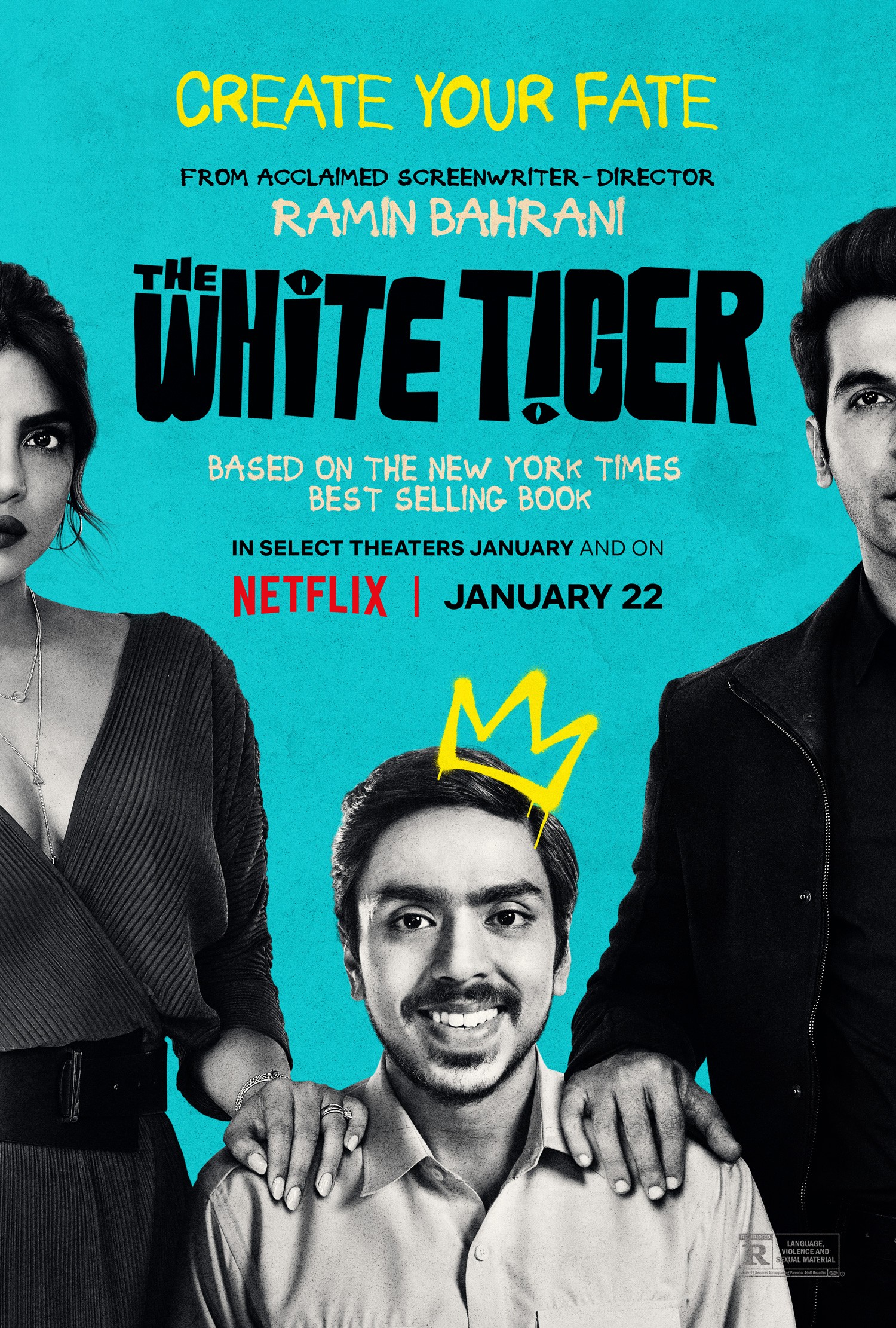