Everyone and their mother is talking about Star Wars: The Force Awakens. And who can blame them. After the release of the first teaser trailer little over a year ago, anticipation for the latest Star Wars film has grown exponentially. For the first time 32 years, the original three cast members are back. There’s no droning political dialogue afoot. And director J.J. Abrams puts the icing on the cake with practical effects and real locations.

To be perfectly honest, The Force Awakens is shaping up to be the most anticipated film since Star Wars: Episode I – The Phantom Menace. For those like myself who grew up in May 1999, remember vividly what the hype machine was like going into Phantom Menace. Star Wars was back and you couldn’t avoid it even if you tried. Between the heaps of merchandise, Duel of the Fates played on MTV and VH1 as often as Celine Dion’s “My Heart Will Go On” the year previous and the daily updates on Entertainment Tonight, anticipation was like no other. Then came the actual movie. Love it or hate it, there was nothing quite like Phantom Menace hype.

The Force Awakens find itself in a similar situation, though the critical and audience reaction could result in something more positive. The Phantom Menace was projected to break the opening weekend record in 1999, held by The Lost World: Jurassic Park ($72.1 million) for two years. By Sunday, Phantom Menace pulled in just over $64 million. Granted Phantom Menace opened on a Wednesday, not a Friday and still broke the opening day record with $28.5 million. 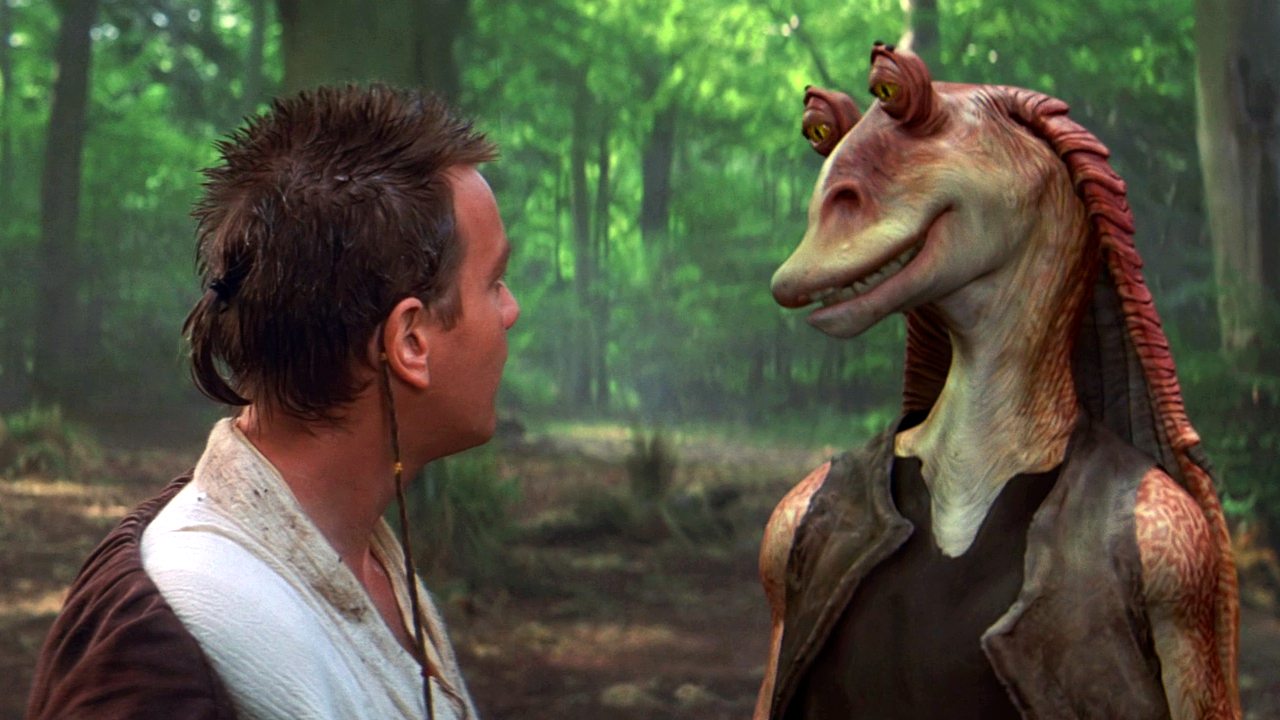 In May 2005, Revenge of the Sith, which we all thought would be the final film, obliterated the opening day record with $50 million. But considering Sith opened on a Thursday, the return of Darth Vader (in all his awkward nooooooo glory) wasn’t enough to force away the three-day record from Spider-Man ($114.8 million).

The Force Awakens is a first in many ways for the franchise. The Abrams installment is debuting on a Friday. Typically the first four films opened on a Wednesday, while Attack of the Clones and Sith started their runs on Thursday. On top of that, The Force Awakens is the first film in the series to open in December (typically May). And no, The Clone Wars cartoon movie doesn’t count either.

Unlike films released in summer, December releases have holiday legs to push insane multipliers. Every day from the week of Christmas to New Year’s Day is practically a Saturday turnout at the box office. The two highest-grossing films ever, Avatar and Titanic were both released in late December just like The Force Awakens. It’s safe to say that The Force Awakens will garner a leggy run, though the opening weekend record is probable, just not a guarantee. What also helped Avatar and Titanic were its awards season runs. And unless The Force Awakens can blast its way alongside Spotlight, The Martian and Mad Max: Fury Road,

For three years, The Hobbit: An Unexpected Journey has held the December opening weekend record with $84.6 million. By Saturday at the latest, that record will be history. The record The Force Awakens is gunning for is the $208.8 million debut by Jurassic World earlier this year. Only two films in history have cracked the $200 million milestone opening weekend. The other being The Avengers in 2012. Star Wars is undoubted a much lucrative brand than the Marvel Cinematic Universe or Jurassic Park with nearly four decades of unprecedented success under its belt.

So why is it then that The Force Awakens could fall short of the record come Sunday. Simple. Theater count. According to Box Office Mojo, Star Wars is estimated to only debut in 3,900 theaters. It’s a rarity nowadays for a major tentpole like this to debut in under 4,000 theaters. Over 50 films have opened above the 4,000 mark. That puts pressure on The Force Awakens to deliver an unprecedented $53,000 per theater average. With the exception of limited release independent films, no wide release has ever cracked $50,000 PTA. Jurassic World managed about $49,000 PTA, but also opened in 300 more theaters than Star Wars. 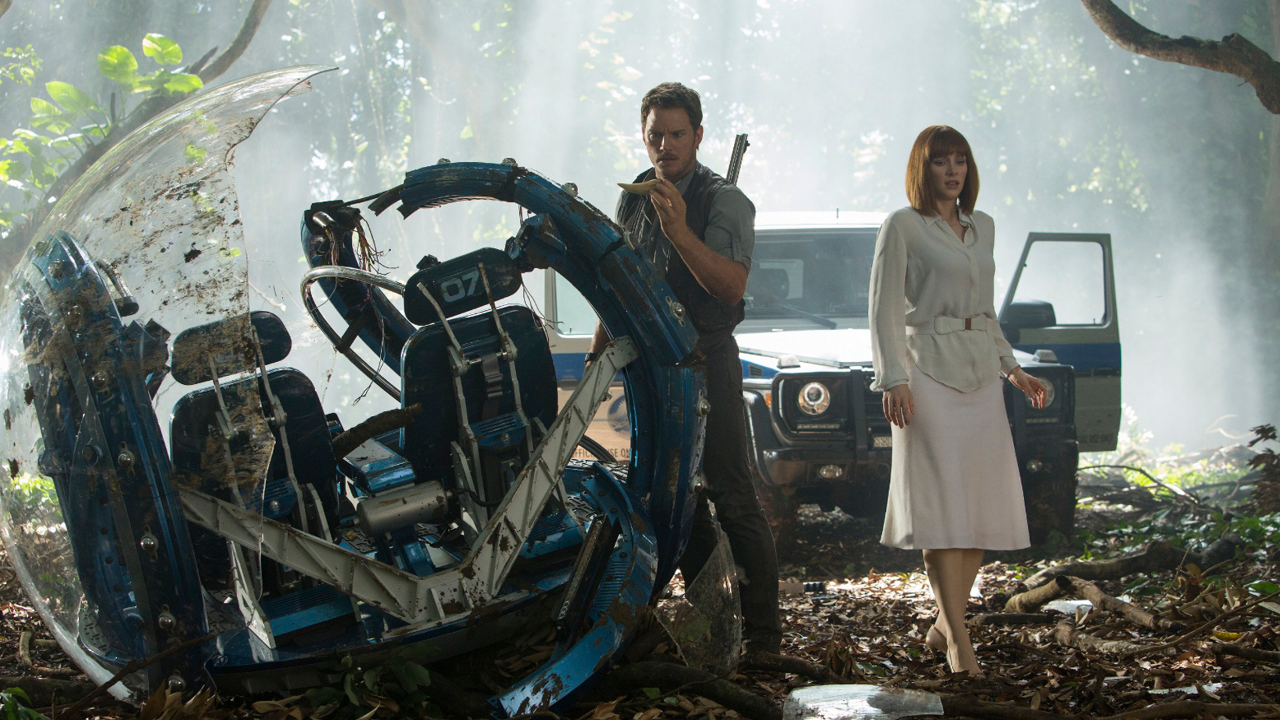 ‘Jurassic World’ is still king of opening weekends, but for how much longer?

On the plus side, Star Wars has monopolized the IMAX market, which will attribute to higher PTAs as well as become the first installment on its first run (not including the 3D Phantom Menace re-release) to be released in 3D. But doesn’t every major player do that nowadays? You also shouldn’t count out the $50 million dollars of advance ticket sales either. Though the breakdown of which days these sales belongs to hasn’t been disclosed.

If The Force Awakens does fall short of the opening weekend record, don’t write it off a disappointment or say The Force Awakens failed. The statistics are clearly against its favor, unless box office history is defied by unmarked heights.

Just remember Avatar, Titanic and The Lord of the Rings Trilogy – marathon runners that didn’t break the opening weekend records, but resulted in greatest runs in cinematic history. The Force Awakens could be the next marathon runner.

Why ‘The Force Awakens’ Opening Weekend Record is Not a Lock

'The Force Awakens' Opening Weekend vs. Realistic Expectations Everyone and their mother is talking about Star Wars: The Force Awakens. And who can blame them. After the release of the first teaser trailer little over a year ago, anticip...
0
Average User Rating
0 votes
Please sign in to rate.